Nothing really prepares you for when you read a book. Especially one you’ve never heard of, seen a review about, or have never even heard of the author before. You may read the back cover or the synopsis on the inside, but it only gives you a general idea. Or, if your like me, all it takes is looking at the cover of a book. So when I saw Outlander, even though never hearing of it before, something made me stop, look, pick it up, and go to the checkout counter.
It was a little over a year ago when I bought my first copy of Outlander (its gotten a little beat up since then). At the time, it was just a book. A new book to add to my growing library. And that’s when I noticed that little red circle on the cover that say “Now a Starz Original Series”. 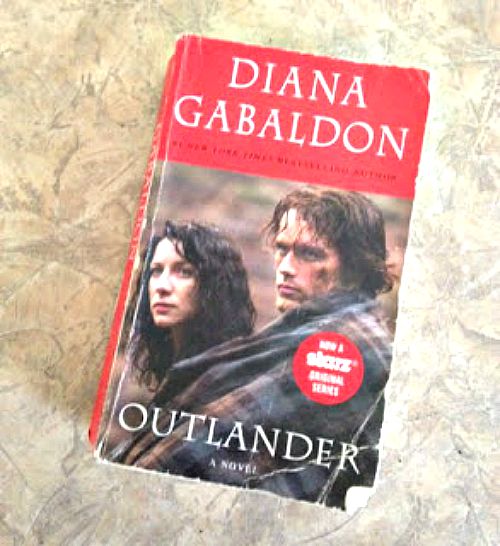 I thought “Well that’s great! I can have some faces to put to the characters!” and then I thought “Great, another period drama” (I’m a bug sucker for those. I blame my grandmother) . But instead of looking up on my computer of who the cast and crew was (obviously the two people on the cover where involved somehow) , I made myself open the book and read. I did not know what I was getting myself into. Now normally, it takes me a while to get involved with a book. I decide within the first 50 pages if its worth continuing. Outlander changed that.

Within the first line of Outlander, I was sold. It was the easiest thing to picture in my head. Mrs.Baird’s bed and breakfast ; the details in the old buildings and houses , or Claire and Frank watching the druid dance at sunrise. I fell in love with a book. Everything was so vivid. The nature, the country, the clothing and the characters. It felt so real that if you where to close your eyes and picture what you just, you could reach out and touch it.

I read until Section 2 and then decided to look up who the cast and crew where on the show. I searched “Outlander” and this pic popped up 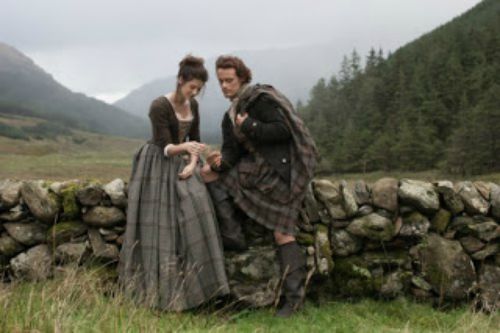 First thought was “Beautiful scenerey!! But who the heck are these people?!?!” IMDB helped me out with that one. I learned who was playing the characters and that the season had just premiered at the 2014 SDCC a couple of days before and that the first full episode had been uploaded on youtube by Starz. I watched that episode so many times that day, I had the theme song memorized by the end of the day. The last time I did that was the first episode of Downton Abbey.

After watching the first episode, I went back to book and finished in about 15 hours, which is the fastest I’ve ever read book. Especially, considering it’s over 800 pages. By the time I finished the book, I was a complete emotional wreck. It left me speechless. It had everything you could want from a book. Action, romance, comedy, time-travel and every emotion under the sun. It had colorful characters ranging from strong, brave, and heroic to evil, sadistic and conniving. And how every relationship had a purpose.

Whether it was between Claire and Frank , or Jamie and Claire, or Jamie and Jenny, nothing was written without having a purpose. And nothing prepared for me the last section of the book. I almost threw the book at the wall a couple times! My heart literally hurt. My dad even checked on me to see if I was ok. I assured him I was. When I realized that there was another book, I got excited! But when I saw just HOW MANY books there where, I was a little scared and intimdated. I bought the second book cause I was far to impatient to wait. The rest I ordered from the library. I read them ALL in a little over two months. BIGGEST HEADACHE I HAVE EVER HAD! And I have this wonderful lady to thank for that. The author Diana Gabaldon. 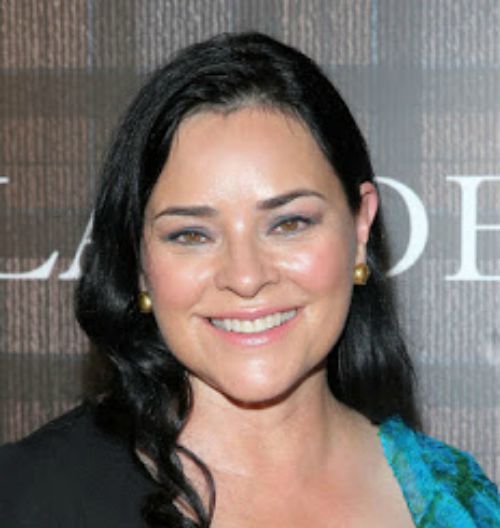 Do yourself a solid and either go to Barnes and Noble, Amazon, or your local library and read the book. Outlander is something special. It’s a force to be reckoned with. And the books have certainly proved it. And you have the lady in the above picture to thank for that.
So I’m curious. How did you get involved with Outlander? How long have you been a fan? What makes Outlander special to you?