Roger Wakefield is due to appear in a couple of key episodes in season 2 of Outlander. Last time Roger was seen was in episode 8 of season 1 as a small boy and adoptive son of Reverend Wakefield.

We have very little to go on at this point in regards to context, as the only confirmation of Roger appearing was this Tweet from Ron Moore: 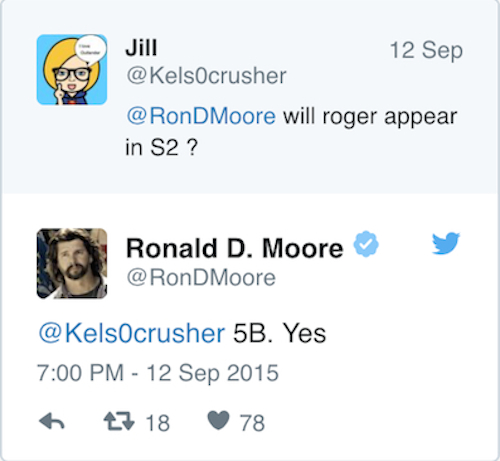 http://www.spoilertv.com/2015/06/outlander-season-2-filming-updates-and.html
How much Roger do you think we’ll get in season 2?  Who would you cast?

Do you want more Outlander chat? Get your fix by listening to The Outlander Cast Podcast with detailed show discussion and amazing interviews with cast, crew, writers and directors of Outlander on Starz