This past weekend and first part of the week, the East Coast of the United States was bombarded by Storm Jonas, also known as #Snowzilla, #Snowpocalyse, #SnowNino or just plain #Blizzard2016.  For those not affected, 30 plus inches of snow piled up in parts of Washington, DC, Virginia, Maryland, Pennsylvania, New Jersey and New York.  Many local governments and schools were closed for days as was local public transportation and many state and local roadways.  Snow removal has been slow and many East Coast citizens still remain “snowed in” in their homes with nary a plow in sight.  But, what we might not know is that our Storm Jonas zipped across the Atlantic and created some awful weather there, as well.  This included torrential rain and large scale flooding.  And, unfortunately, our Outlander crew did not escape the carnage.

As we know, the Outlander crew is on a tight schedule.  The Premiere of Season 2 is right around the corner — *sometime* in April.  And, filming of the final 2 episodes is still underway. 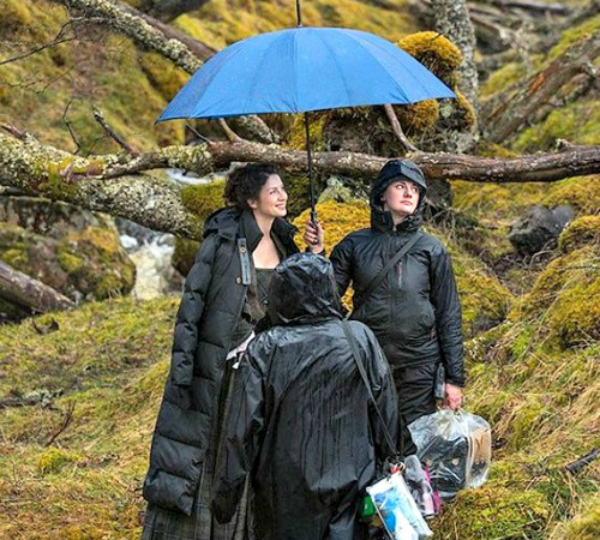 Even our intrepid Executive Producer Matt Roberts — who loves to capture photos and provide commentary on filming progress — couldn’t even risk a photo in what appears to be miserable conditions on the set this week as the remnants of Storm Jonas hit the crew hard.  Sam Heughan agreed.  Love the emojis, Sam!

And, then there was our Outlander Costume Designer, Terry Dresbach, who it appeared was trying to get to her office but was way-laid by flooding and subsequent traffic on the motorway.  Poor Terry and poor Cuilean — Terry and Ron’s adorable spaniel.  Not a good day to be on the roads, it would seem.  Terry documented her ordeal on Twitter. 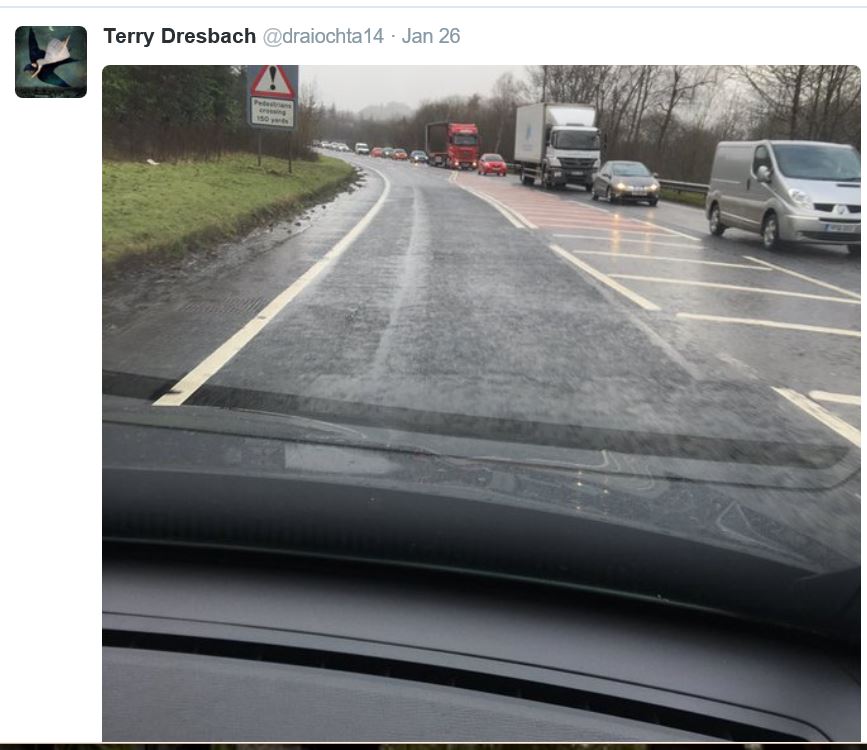 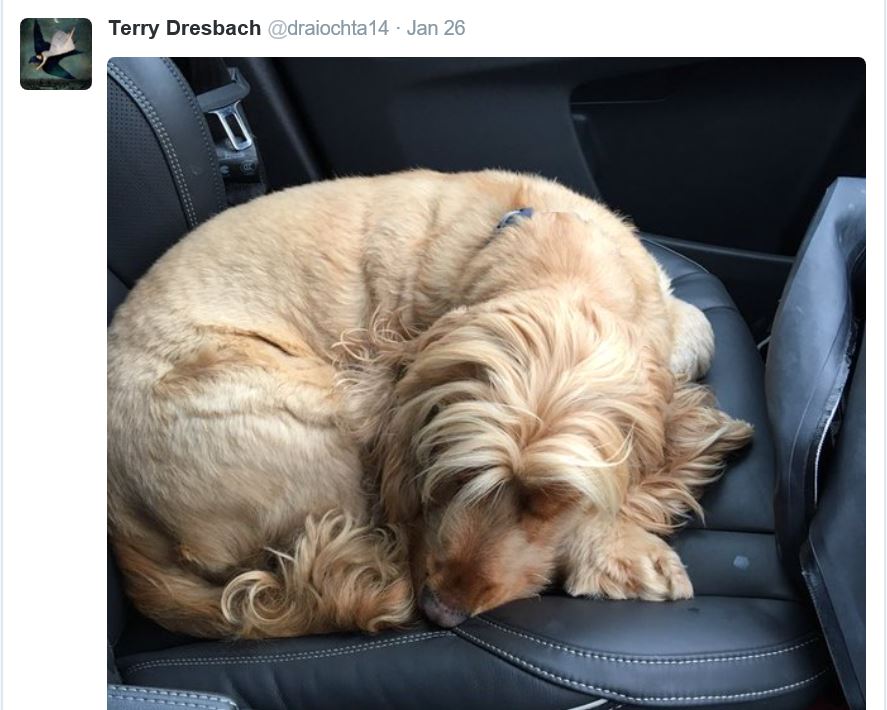 So, while the crew may not have had the snow from the East Coast, it would seem as if Jonas spared no one his ire.  But, again, we see that Team Outlander stops for nothing and that includes both production crew and cast.  Not having experienced a Scottish winter, I can only imagine.  Being on location in wet, soggy Scotland, amidst a major storm, wearing heavy costumes, while impeccably acting — I have to hand it to them!  It’s what many fans have been concerned about — that a difficult Scottish winter would impede filming and thus delay Season 2’s premiere.  But, little did we think that our own East Coast U.S. storm would impact our awesome cast and crew.  Sorry, guys.  However, as Sam alluded to on Twitter today, the sun always comes out…

Now, WHO is playing Brianna????

Do you think the Scottish weather will impact timing for the Premiere of Season 2?  Who from the Outlander cast would you like to be snowed-in with?