Embrace Change — Why the Book vs. Show Debate Needs to End

I know very little about the business of television.  Some others associated with this Blog know a lot.  But, I consider myself more *average* when it comes to the ins and outs of television production.  I think most Outlander fans are in the same boat.  Also, I have never published a novel although I do enjoy writing which, for me, is really trying to convey all my thoughts, feelings and passions in a way that can touch reader’s sensibilities or incite them (either positively or negatively) to think or feel a certain way.  Again, most of us probably fit into the category of non-novel writers.  So, here’s the thing.  I REALLY hope we don’t have to go through the rest of Outlander Season 2 debating ad nauseum  the differences between the Outlander series of books and the Starz television production.

In a recent interview with Collider, Outlander star Sam Heughan was asked about the changes that are being made to the story and how fans will react.  Sam’s very introspective answer says a lot about why changes must happen but also about what checks and balances exist to make sure the story doesn’t go too far afield.

“If only they (the fans) knew the logistics of everything.  It’s amazing.  I’m always amazed at how much we are able to stick to the story or get everything in.  We’ve got a great team of writers and they’ve all read the books, and (author) Diana (Gabaldon) is very good about that.  If she doesn’t get something through to the writers or producers, she’ll get to me or Caitriona and suggest something or manage to slip it in somewhere.  It is a little political, in its own Parisian way.  But, I’m very pleased that we manage to stay very close to the books.  I also like to see us be able to get away from it a little bit, or play with the structure.  I think that gives us more opportunity to surprise
book fans.” — Collider.com 4/16/16
And herein lies a tidbit that we may have heard something about but have never seen stated quite this way.  Outlander author Diana Gabaldon serves as a “consultant” to the Starz television production.  In the most recent edition of The Outlandish Companion, Diana famously said of her “consultant” role that it is a “fairly flexible term; it can mean nothing or quite a bit.”  She adds that the production is “under no legal compulsion to take account” of anything she has to say either good or bad about the writing and production of the show.  Occasionally Diana does let us in on some of her “consultations” with Ron Moore and company about the show production.  Surprisingly, Diana will often answer direct questions about this topic on her Facebook page or at the CompuServe Writers Forum.  Those insights are often delightful little nuggets of gold.  And, so it does appear that Diana is provided substantial opportunity to make her views known.  But, as she is the first to admit “…they don’t necessarily take my opinions.” 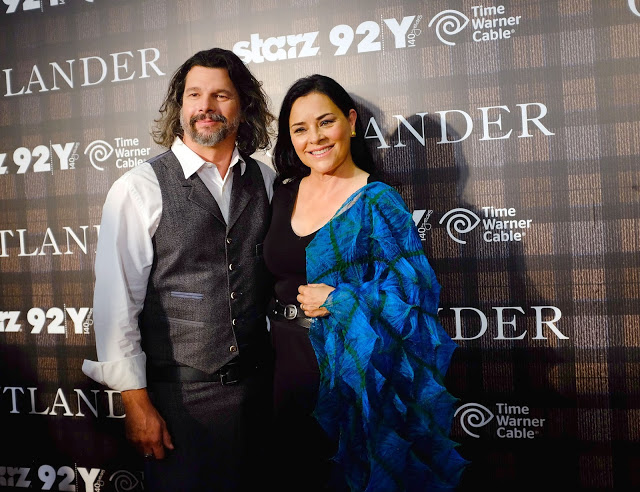 However, our dear Sam may have unwittingly let us in on another of Diana’s secrets.  I can’t say I am surprised, given the formidable nature of the woman, but it appears that if certain changes and/or suggestions important to Diana are not heeded at the production level, then Diana’s carefully cultivated personal relationships with both Sam Heughan and Caitriona Balfe, provide yet another opportunity to infuse the television show with vital character attributes or impact how major characters play a scene.  I am not an actor, but from what I can tell, there is a large spectrum from which one can swing when choosing how to fundamentally portray a role.  I think this is an important note for those of you who decry any changes from the book.  It signifies to me that there is actually a fairly fail-safe mechanism in place to be sure that the television production does not substantially change the original story.

In Ron Moore’s attempt to “realize” the books on screen, Moore is forced to create a dramatic shape and theme for each episode.  Moore and his writing staff must pour through an avalanche of scenes from the source material and determine which sections and which bits of dialogue are important to include in order to move the story forward yet maintain the spirit of Diana’s award winning and best-selling narrative.  No small task especially when you consider they have (for Season 2) just thirteen, 55 minute time blocks in which to do this.  The novels are familiar for so many who have lived with them from the beginning — over 20 years.  It is in nobody’s best interest — not Ron Moore, not Sony or Starz or anyone else associated with the production — to make a television show that is unfaithful to the essence of the story.  But, here we find the built-in conflict.  Diana has said it best, “A book has its own shape and unlimited space in which to advance the author’s intentions.”  A film adaptation — whether on the big screen or the small screen — does not have this luxury.  The reality is that we cannot see everything exactly how it appeared in the novels.  And, I say to that, THANK GOD! 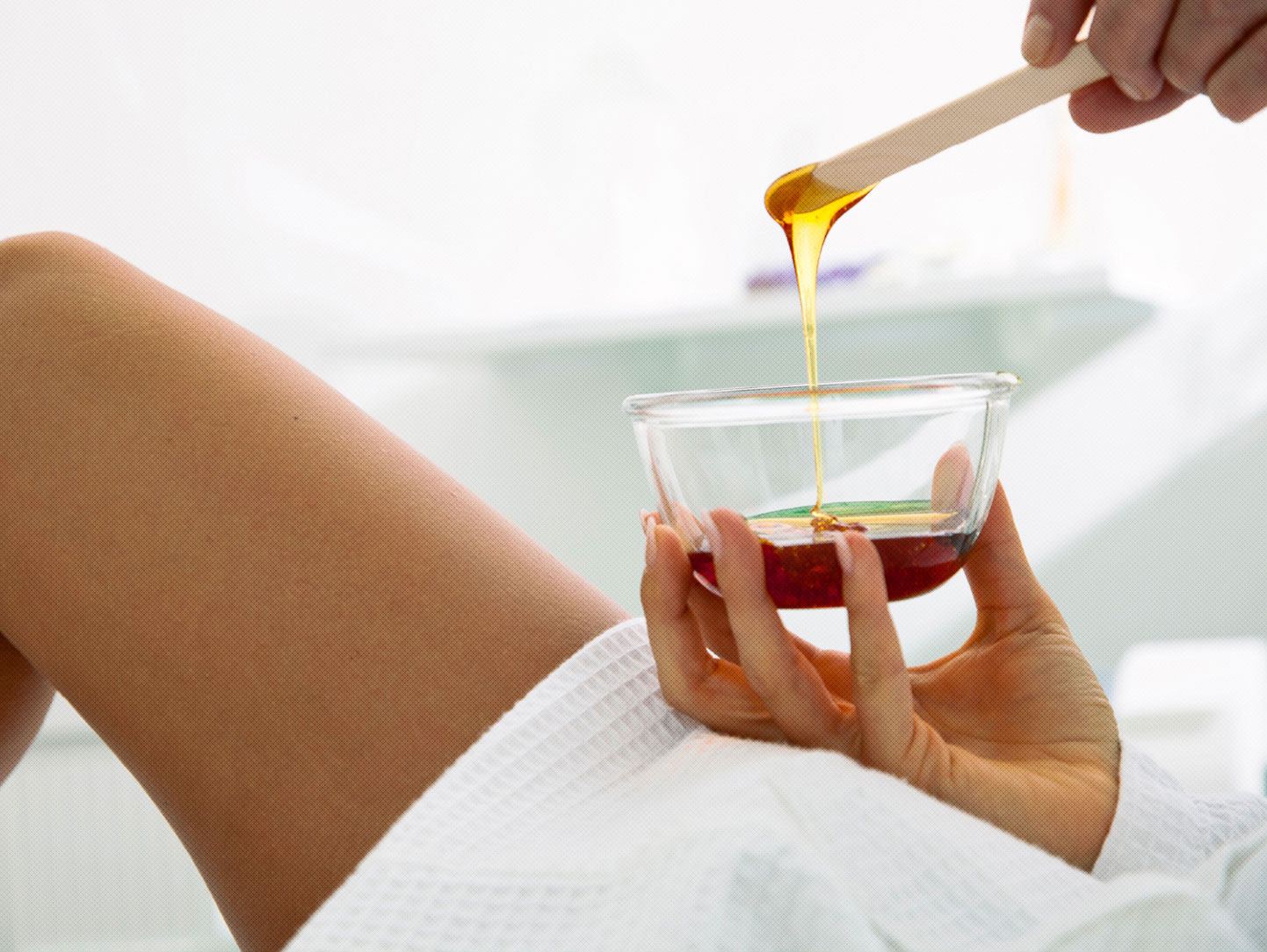 I’ll admit, during my first viewing of Episode 202, I was more than underwhelmed by the “honeypot” scene between Jamie and Claire.  It didn’t have the same level of impact for me as the book scene did.  However, the scene in the television show was actually part of a larger contextual theme for the episode.  I came to appreciate this after later viewings.  A major theme of Episode 202 was not only the strangeness and awkwardness of the Parisian lifestyle for Jamie and Claire (and dear Murtagh) but also about Jamie’s post-traumatic stress resulting from the sadistic torture and rape he experienced at the hands of Jack Randall.  In the book series — this theme was explored quite a bit.  But, as we know from Season 1 and its powerful and vivid final episodes, we weren’t able to experience the full ransoming of Jamie’s soul given the limitations of the television medium.  However, Jamie’s brokenness is a major theme of “Dragonfly in Amber” and, in fact, informs his character for this and many of the following books.   There is no way Moore and company could not address this in a deeper fashion in Season 2 of the television series.  How it was addressed in Season 2 combined a beloved book scene within a very different context.  Clearly Jamie and Claire’s intimacy has been gravely affected by Jamie’s psycho-sexual trauma.  Claire is trying everything she can to help him get past it and as viewers and readers, we want to see Jamie and Claire’s torrid passion return.  But, these things just don’t happen overnight and we see that.  It was supremely clever of the television writers to bake this theme into the famous honeypot dialogue from the book.   It delights, surprises and deeply affects show watchers and book readers alike.  And this, ladies and gentlemen, is what a good screen adaptation is supposed to do.  Nailed it.  However, if you only viewed this scene through the prism of the book, it would be lost on you and frankly, less enjoyable.  After subsequent viewings, I got it and I liked it — a lot! 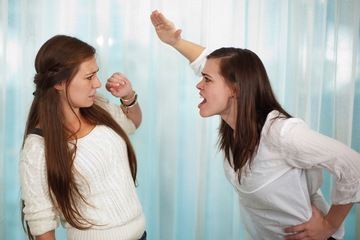 So, back to my point.  Endless debates regarding the differences between the book and the show just take away from the story and distract from the precious time we have to enjoy the screen adaptation.  I can’t imagine how completely bored I would be if there was nothing new or different about the show.  As a book reader, I watch and know what’s going to happen but I don’t necessarily want to know exactly  what’s going to happen.  There has to be a sense of novelty permeating an adaptation of a book series that has been around for 20 plus years.  So far, somehow, I am surprised at every episode.  This is good television story-telling.  You can’t really ask for more.  At the same time, I don’t believe Ron Moore or his writers are infallible.  They will make mistakes.  Everybody does.  Even Diana.  But, as Diana herself so wisely counsels, “If you watch the show with the book in your hand, you’re not going to enjoy either one.”

And, really, who wants that?

As a book reader are you able to enjoy changes made in the TV show?  Do you feel as if Season 2 thus far reflects major plot lines in “Dragonfly in Amber?