#Outlander online: A social media round-up of the cast and crew


Yes, we all (re)watch Outlander obsessively. But what’s a fan to do for those in-between moments —beyond joining and responding to vital posts in an embarrassing number of Facebook groups? Why follow the Outlander cast and crew on social media, of course.

It’s a full-time job and there are only so many — hypothetically speaking, of course — bathroom breaks or walks to go find that VIP you absolutely need to talk to before taking on the next task a person can do with her phone in the middle of the work day. Things— important things — will be missed.

So we at OCB have decided to help out by gathering up social media in a regular post. So without further ado, here are a few from this week.

• The Lord John Grey scene was filmed on a set created by Jon Gary Steele that included creating a tree. That man is a genius.

• The scene of Dougal et al charging down the hill into Jamie’s men could have been done in the nude in the 18th century.

• He knows fans are maybe wondering if Jamie and Claire will ever have sex again on screen.

• This one is for the book readers: They did film the lice scene but had to cut it. MBR says it will be included on the DVD.

• Also Caitriona Balfe apparently got hit in the face during the fake assault to help lure a young Lord Grey into revealing the whereabouts of the English.

I forgot This is what I was drinking tonight #Outlander thx everyone for the kind words about Ep209 @Outlander_STARZ pic.twitter.com/UR2o4Q8vjH

BTW if you don’t follow Roberts on Twitter you should for the photos he regularly posts from the set and Scotland alone. Annoyingly, in addition to being a great wordsmith, Roberts is also an amazing photographer.

Rehearsing for the new main title card. We got in one take. #LongLiveScotland @Outlander_STARZ #Outlander #2ndunit pic.twitter.com/al5stUU9IH

Another social media highlight has been been Stephen Walters aka Angus discovering Twitter. First, can we just all admit how happy we are to have Angus and Rupert back? All that’s missing is Ned Gowan and if we’re lucky he’s coming in season 3 with Voyager. Stephen is refreshingly almost 100 percent unfiltered — which is just so much fun to see for an Outlander cast member. Yes, he’s a “lesser” star so there’s less official PR on the line, but how refreshing in general to see someone play with Twitter. This gem from this week is just one example:

And this moment channeling John Lennon and Elvis Presley at the announcement of seasons 3 and 4:

Lennon and Elvis are so excited about seasons 3 and 4 news!!????…its turning into a Rock’n’roll Culloden me thinks.x. pic.twitter.com/nFQA7TRMZY

Come on! Are you kidding me?

This may sum up Stephen’s Twitter feelings for us all.

It has been 5 days since joining Twitter and it has proven unequivocally that God must have a sense of humour…unless the jokes on us?!:).x

And, finally, just because he’s so damn cute and obviously so loved by the Outlander cast, I leave you with this gem from the inimitable Fergus aka Romann Berrux. 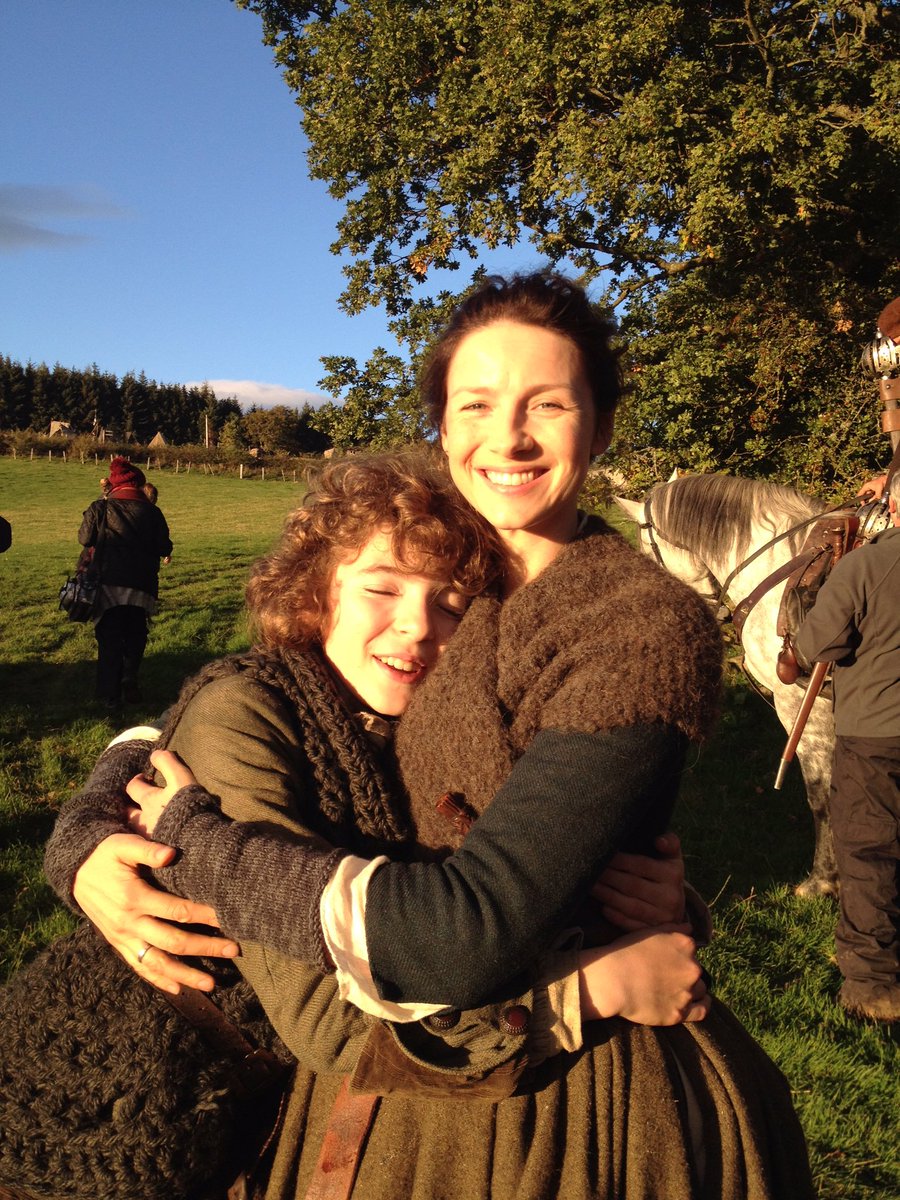 Who do you follow from Outlander on social media? What were your favorite moments online with the #Outlander cast this week? What did we miss?