OUTLANDER SEASON 3 RETURNS EARLIER THAN EXPECTED BUT WILL A MUCH ANTICIPATED REUNION TURN TRAGEDY FOR FANS?

This article is so spoilery, it spoils the spoiler! You know the drill.

Seriously, though . . . major spoilers after the jump, so if you have not read ALL of Voyager, stop reading RIGHT NOW.
Still with me? Okay . . . let’s hit the jump and get into this, shall we?

Ask an Outlander fan what they want most during Droughtlander and they’ll say, “for it to be OVER!” It’s excruciating, unbearable really, especially given the way it was left for us, the audience – upon learning a Fraser officer of Lovat survived Culloden, Claire exclaims into the brilliant rising sun upon the Craigh na dun hillside, “I have to go back.”

Jamie and Claire are separated for twenty years through time and space.

We just have to know. And now.

I conducted a little poll within the OutlanderCast Clan Gathering (an awesome Facebook page for fans) and discovered most fans think Jamie and Claire will be reunited no later than Episode 5, while slightly less fans are hopeful at Episode 3.

So, my intuition is up. My senses heightened. As a huge fan, I am paying attention to all of the clues- the tidbits shared by production staff- Anne, Matt, and Maril.

I am so ready for Droughtlander to be over. And soon. And I think they’ll give me what I want. What we all want.

And then they’ll taketh away.

But I digress. I wish I could be a popular blogger who tells fans only what they want to hear. Must I always be doom and gloom? No, but I am a realist. I’d rather know. And now. I’d rather not raise my Outlander expectations for anything other than delivered plot points, character arcs and emotional content. Unlike Jamie, I simply canna go as “hollow as a soap bubble, and burst with joy.”

Weighing all of the evidence before me (at this time), this is how I think events will transpire in 2017:

Season Three will be split into two separate portions for us to consume.

Episodes 1 through 6 will air early. Perhaps as early as SUNDAY April 23rd. (STARZ’s Black Sails ends its run on April 1 and Easter falling on April 16th is a blocker, so you air all before, or all after) I suppose this means they could also start airing March 5th, but that is truly wishful thinking.

Fantastic, you say! That’s what I wanted anyway. With new Sunday airings, Outlander fans can have Monday-morning chats around the water cooler at work, or on Facebook, like Walking Dead and Game of Thrones fans have done for years. Yes, finally! But be careful what you wish for, because I also think… 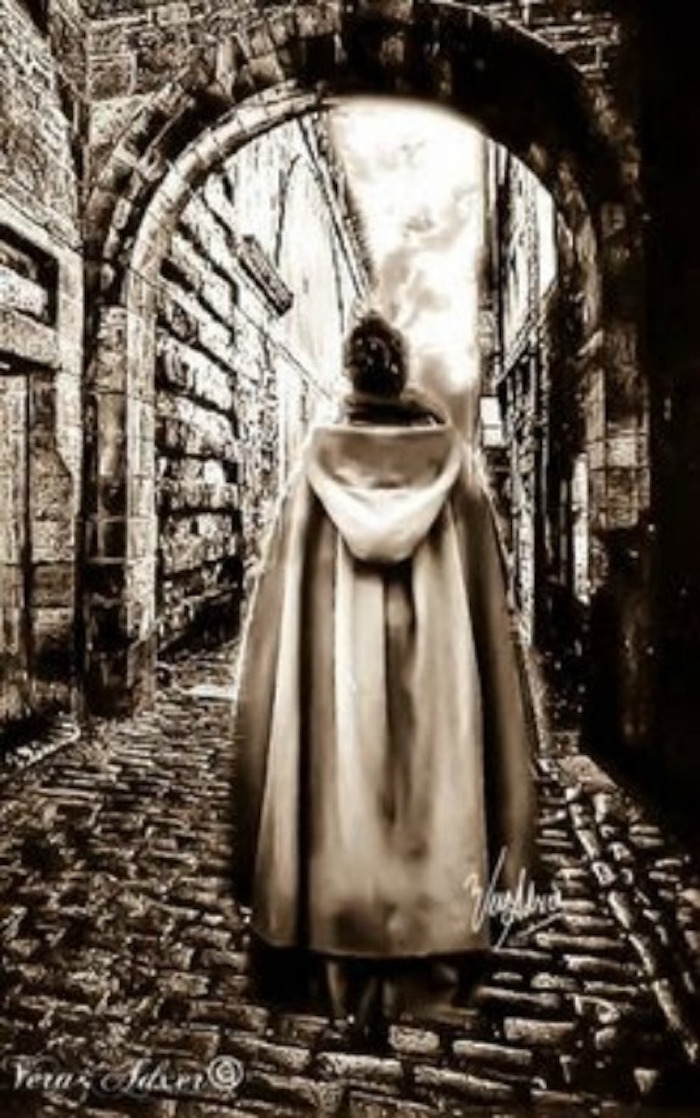 The first portion will end as footsteps descend down a winding Edinburgh close….

GASP! I Know! Is this possible? Will we have to wait for their reunion in Episode 7?

There are at least two good reasons for this, but none with which a fan will ever want to agree:

First, the shooting schedule for this season is verra long. From August 2016 until May/June 2017. It’s physically impossible to deliver us the 13 episodes before the last Sunday of June (Emmy deadline).

So they must a) split it, or b) make you wait for all of it. The first option destroys existing fans, the second decimates existing fans. But the first option gets you possibly more NEW fans. All this because a cliff hanger exists WITHIN Season 3, just like Season 1 (and which they also split!) Bonus, yes, but for new fans only.

Second, think about the Emmy season and exactly what’s in contention. The 2017 Emmy’s (according to the rules) will consider Season Two Episodes 8-13 and Season Three Episodes 1-6. If they air the first six episodes of Season Three before end of May, it will begin and end with a return to Scotland – the lead up to and the twenty-year fallout from Culloden (yes, even though it’s from two different seasons).

From plot to character arcs, cinematically and thematically, it fits together far more beautifully and cohesively than the plots of Boston, Scotland, England, Jamaica, and America, (whew! the book Voyager), ever could.

From leader of men to a completely broken man, if Sam Heughan is EVER EVER going to get an Emmy nod, THIS IS IT.

Now, all this to say, I’ve been wrong before. I thought FOR SURE they would double down on the Season Two finale, and show Eps 12 &13 back-to back, just to make the Emmy deadline. But now I see why they didn’t try. Thematically, France and Scotland didn’t match. It was like watching two different TV shows. And so they pushed back the finale, thereby removing all eps aired after “Faith” from 2016 Emmy contention.

And so then, when exactly will we see the reunion?

REALLY, IT’S NOT MUCH. IT’S ONLY THE SCENE WE ALL AWAIT WITH BATED BREATH. 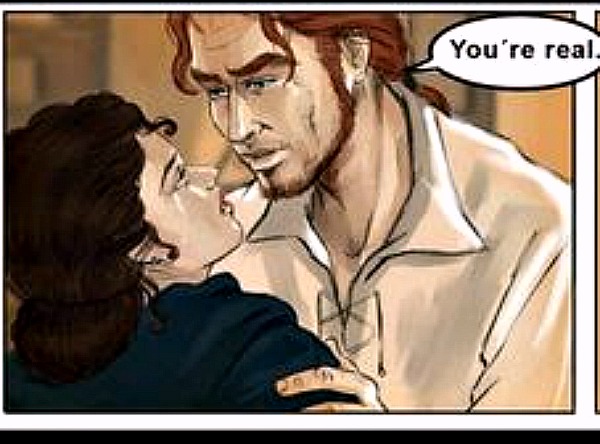 Well, that’s a huge guess too. It’s quite possible they’ll air the final seven episodes in August-September, just as they begin filming for Season 4. And also perhaps to absorb some adventure-loving Game of Thrones fans who’ll be missing their show after it airs a mere seven episodes in summer. As book fans know, everything after the reunion in Voyager is crazy swashbuckling action, intrigue and of course, more emotional stakes and romance.

STARZ and Sony control all of this. They’re the “bigger picture thinkers”, who think months and years ahead after examining trends and indicators, including fan bases and awards they hold and those they covet. Certainly they care about hard-core fans, as licensing is their biggest money maker, (did you buy the Outlander wine or Claire’s riding coat or the DVD yet?) but they also want to add to their fan-base. It may not have been possible years ago, but binge-watching and free previews makes all of that quite probable now.

Am I going to say a little prayer to the Outlander gods before I publish this?

It’ll go something like this: “Please, please Ron and co., tell me I’m wrong.”

What do you think, dear readers?  Will the season be split and just how much alcohol will you consume upon hearing the news?