Editor’s note: If you missed Teddie’s hilarious post on re-watching Season 1, catch up here. Trust us, it’s worth it.

A lovely friend who is in the business expressed exasperation with the term “Droughtlander.” Have patience—these productions take time, she said.  If patience is a virtue, then I’m in short supply when it comes to Outlander.  Fortunately, two recent events that took place in New York City helped to feed my cravings. I’m talking about the maiden voyage of the Outlander Cast Brunch, which was held on the same day as the fabulously-produced Outlander in The City event (read more on that here), making for a spectacular all-Outlander weekend.

The sad result is that after all that NYC fun, the only thing coming out of this fan woman’s Outlander wallet are those little comic strip flies. For consolation, I head straightaway to my very own mecca of merchandising where my money has been long-spent and, therefore, no longer counts as any kind of expense—my very own Outlander shrine. This is the place where I find my Outlander books and some of Diana Gabaldon’s “methadone list” titles, an unopened 2-year-old box of Outlander Walker’s Shortbread cookies, a nice box of Season 1 Outlander Trading Cards (also unopened), an official Season 1 Trading Card binder (empty), various bits of ephemera from past NYC Outlander events, scraps of the banners that once hung at the now-shuttered St. Andrews Pub, and—gloriously displayed—my Outlander Blu Ray disc sets for Season 1 and Season 2.  Time for an everything-old-is-new-again S2 re-watch!


First, a word from the reader’s corner.
I need to say it. Dragonfly in Amber is my least-loved of the Outlander books.  The lushly beautiful ending of Outlander morphs into one giant WTF at the opening page of Dragonfly. Despite being a devoted re-reader of the entire series, I have read this one exactly ONCE.   I’ve listened to it twice, though, only because narrator Davina Porter provides the much-needed company to get through this second novel of the series (more on Davina here).  The immediate sucker punch of a 1968 Claire without Jamie, compounded by the looming Battle of Culloden casts a mighty foreboding shadow from page one, and it hurts my heart from start to finish.  This is exactly how I faced Season 2—with great cowardice.
Re-watching Season 2 turns out to be a much less complicated matter than a re-read of it. Flipping the medium from book to screen creates a world of visual beauty, variations in story development and, of course, more of our favorite actors, which nicely complements my separate, but uniquely personal book view.  These screen elements somehow help to distract me from the specter of Jamie and Claire’s separation, at least for a while. 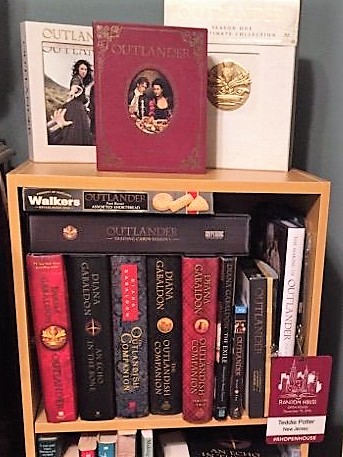 And now, the disclaimer.
This won’t be anything close to a blow-by-blow recap.  In fact, I am sure I will omit some things that are really, really meaningful to any one of you, and I’m positive that I’ll tell things out of sequence. There will be no footnotes or asterisks; you’ve been warned. Eagle-eye Outlander fans, that’s why we have a “comments” section below. I expect to end up with my head on a pike, so have at it.
Let’s go to the videotape!
The first episode has its own special magic, because I was at the NYC premiere screening for this Season 2 opener.  That night was this fan woman’s Outlander Epiphany, which boiled down to a serious reconciliation of my Outlander blessings with the tempering of my Outlander expectations (more on that here). But, the EPISODE! Tobias Menzies at his craft is a gem, where his Frank is by turns bewildered, joyous, and angry; crushed, yet hopeful. Frank lovers, rejoice!  All you others need to face it—Frank isn’t going away just yet.

Back in the past, Claire pursues her knack for creating havoc, and Jamie is both fragile and determined.  Murtagh, meanwhile, brings his own unique brand of disdain, making him somehow even more lovable. 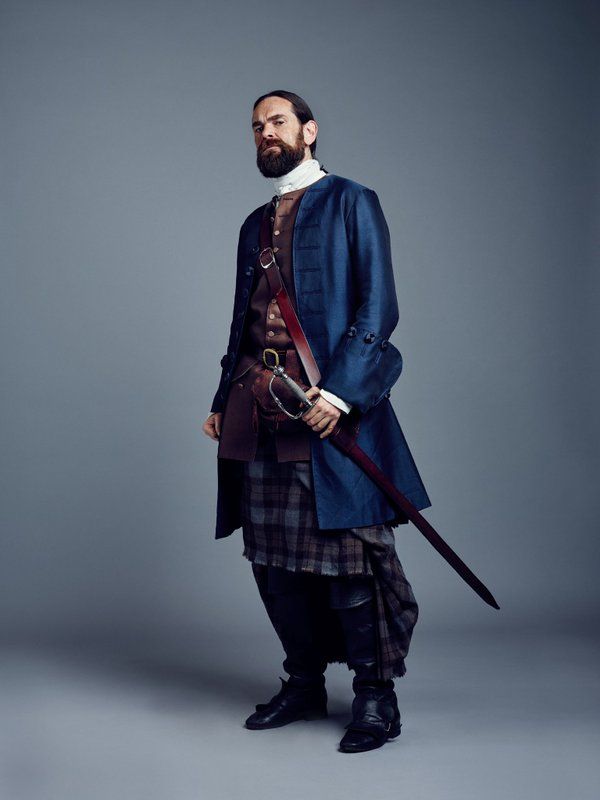 Episode by episode, S2 certainly has its unsettling moments as King Louis toilets, dildos are for lease or purchase, and Bonnie Prince Charlie simpers and infuriates pretty much everyone, including a monkey.  Laoghaire, that little wench, resurfaces in the same episode where we meet Jamie’s grandsire, the ill-groomed and worse-mannered Lord Lovat, and Claire goes Clairvoyant.
When Worlds Collide
Elsewhere, Jamie is scandalized by Claire’s red dress, Fergus is an adorable delight, the wonderment that is Maître Raymond sparkles, and King Louis throws royal shade everywhere with a flourish. Nicely-paced, the past and the present collide as Frank, Alex and Black Jack Randall are each resurrected, the Duke double deals and Brianna and Roger bond.  There are duels and deaths and consequences and reckonings for many.  Speaking of resurrections, Geillis Duncan is true to form, leaving her trademark path of devastation in her wake. The cruelty of the Comte, and the crushing loss of baby Faith (more on that here), and the stirrings of Claire’s emergence from a numbing world of grief take root as Jamie returns from prison wearing someone else’s beard. Au revoir, Paree!
This Means War!

In the mud of the Highlands, the clouds of Culloden begin their gradual descent, as does Dougal in the eyes of the Bonnie Prince.  In a bare-chested and sadly comical show of “this is how it’s done,” the Clan Mackenzie’s war-whooping performance on the practice field foreshadows the end of the clans, as they cannot possibly match up against the mortar and cannon of the English. The horrors of two wars, two hundred years apart weigh heavily on Claire, as the story delves into Claire’s PTSDcombat nurse experiences, straying from the stoic and pragmatic Claire that readers have come to expect.  The glimpse into this facet of Claire’s psyche perhaps provides an unexpected parallel to Jamie’s personal struggle with the aftermath of his own trauma, where his most private sense of self was left exposed and vulnerable.

A most important young character briefly graces the screen just before the Jacobite’s triumphant rout at Prestonpans, after which we lose the often revolting, yet endearing Angus in a shocking surprise.  The choice to develop this nearly one-scene character from the book into someone both revolting and endearing was a home run for Ron D. Moore and company! 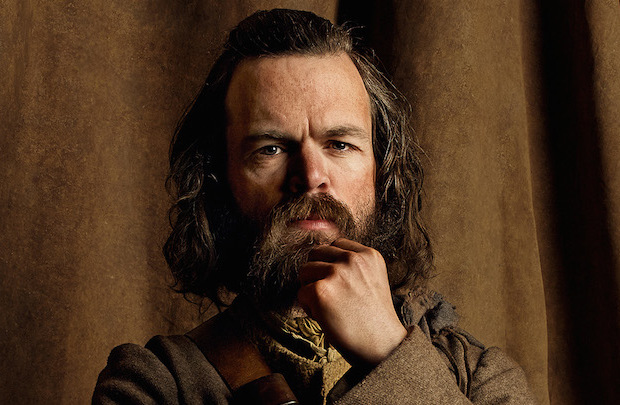 Instant Karma’s Gonna Get You
Nurse Claire assists pain-wracked Colum to the other side, and betrayal and the threat of treason require that Claire and Jamie literally join their strengths to put Dougal to his everlasting rest—this only after Mary the Meek stands by her man, kills another one, and Murtagh exacts some gory, but altogether swift and satisfying vengeance on a certain Duke. Despite all efforts, the Bonnie Prince remains intransigent, the battle is to go on bigly, and Jamie must see Claire safe. In an anxiety-wracked ride, they arrive at Craig Na Dun and Jamie reveals his uniquely masculine and damned sexy attentiveness to his wife’s menstrual cycle.  The “sexy time” that we finally get makes me ugly cry, and the slow and sad dance whereby James Alexander Malcolm MacKenzie Fraser leads Claire back to the stones is beautiful and gripping and heart wrenching. Jamie returns to the devoted Murtagh, and the impending battle.  Ron D. Moore, listen up: if there will be any book deviations as Season 3 approaches, please, please—watch over Murtagh. Don’t hurt him.

Meanwhile, back to 1968.  Claire of the frosted hair and Audrey Hepburn scarf sees the light.  She’s going back! 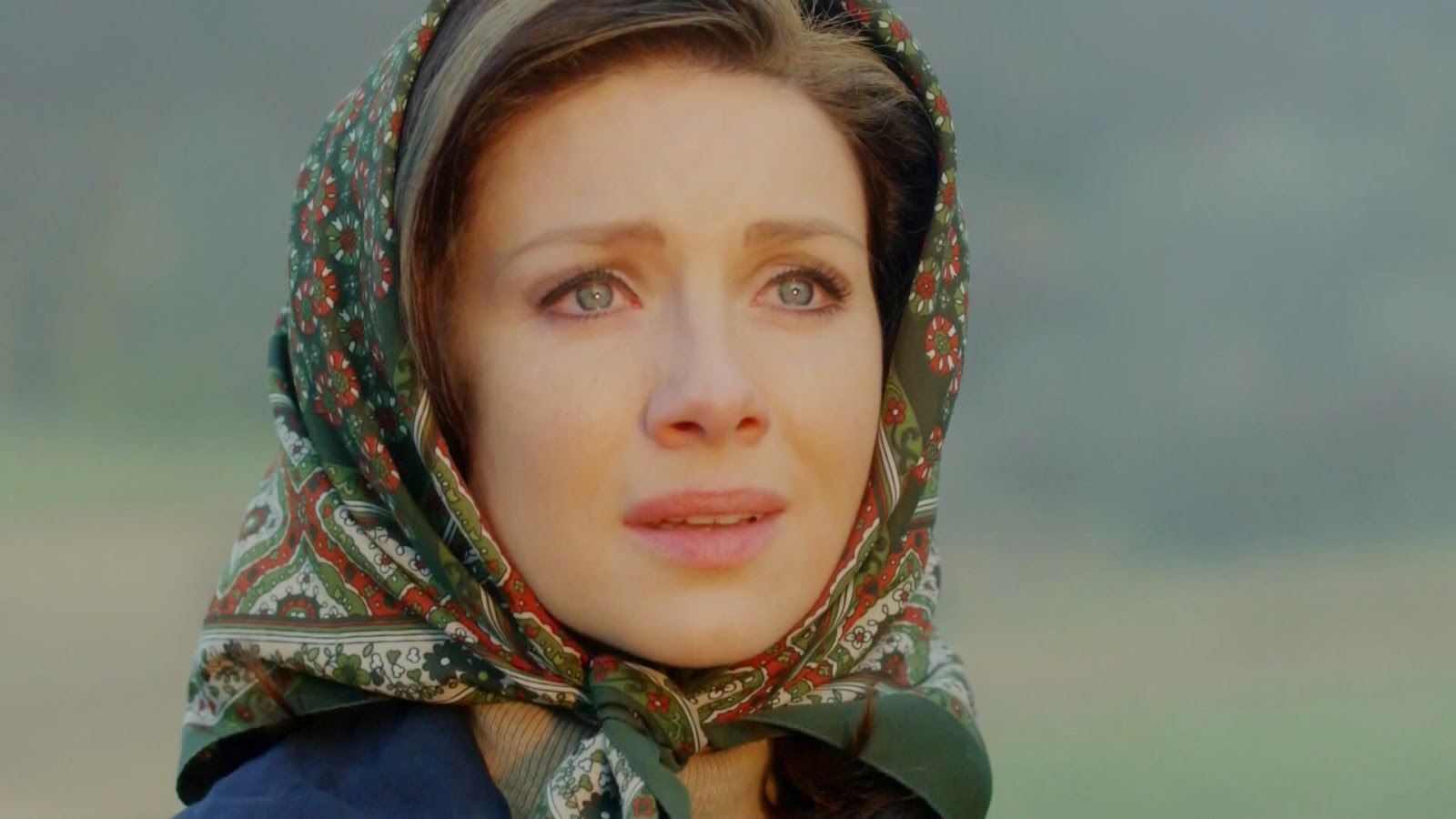 Again, Dragonfly in Amber was my least favorite book, and the adaptation has bumps of a different kind. This sophomore season of Outlander on Starz posed a few quandaries among some book readers. In the end, their rhetorical questions might go something like this:

A Dragonfly in Amber: Coda

Meanwhile, my re-watch experience sits well in my heart.  As a Dragonfly book coward, my first look at Season 2 left me as emotionally broken as the book and sometimes, a bit disoriented. I was also enchanted, surprised, heartbroken and—above all—entertained.  I survived the film re-visit and, truthfully, I LOVED it.

How many times have you watched Season 2? And when you re-watch, do you want bits and pieces or the whole shebang?