The Emmy Award nominations are coming July 13th and Outlander fans everywhere are hoping this will be the year our beloved Sam Heughan and/or Caitriona Balfe (and of course others in the show) get the recognition we feel they so justly deserve. Well, it’s time to rip the Emmy band-aid off my friends about the likelihood of that happening. Just don’t shoot the messenger.

On Emmy nomination day, July 13th…Will Sam be nominated the King of Men? 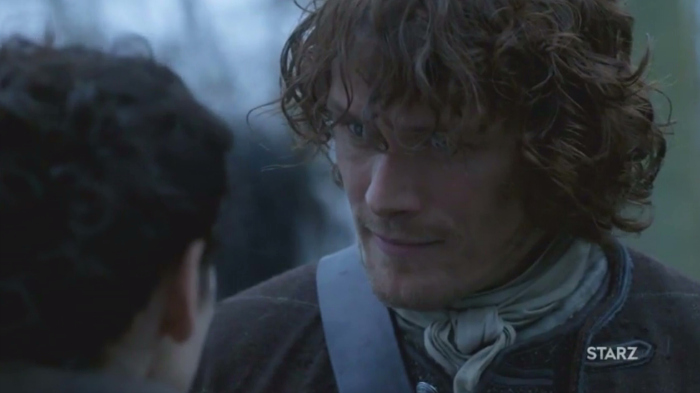 Will Jamie and Caitriona’s beautiful dance to the stones and ultimate parting receive recognition? 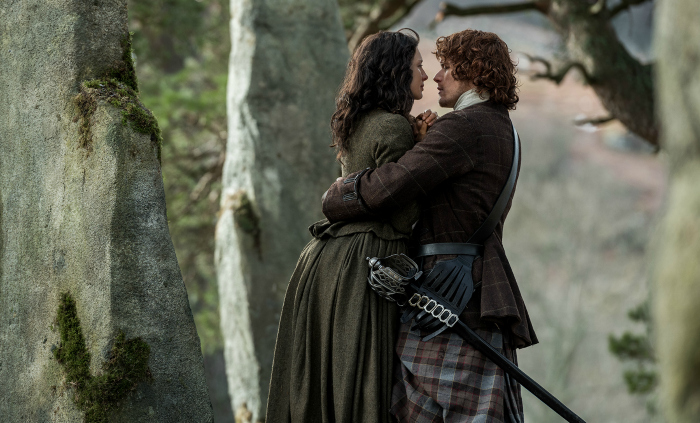 Will Philip John win for directing “Prestonpans,” “Je Suis Prest,” and “Dragonfly in Amber”? Or will Brian Milliken and team get recognized for the amazing sound during the battle of Prestonpans (especially since they already won another prestigious sound award against Game of Thrones’s best-ever episode, Battle of the Bastards!)?

Why? Because all those Outlander Season 2 “hanging episodes,” which were ineligible for consideration last Emmy season because they aired after June 1, will also be ineligible this cycle. That’s “Je Suis Prest” (9), “Prestonpans” (10), “Vengeance is Mine” (11), “Hail Mary” (12), and “Dragonfly in Amber” (13).

So, in other words, the best parts of Outlander Season 2, as voted by fans in our CASTIES AWARDS, will receive zero consideration. That includes:

• Your favorite intimate Jamie and Claire moment: Je Suis Prest’s Gaelic prayer to Claire.
• Your most cherished line of dialogue:
CLAIRE
You are my home.
JAMIE
And you are mine. But this home is lost.
Nor will the top episodes of Season 2, declared by you and our ultra-perceptive blogger, Anne Gavin, receive Emmy voter adoration. That includes episodes like “Dragonfly in Amber” where Anne wrote:

“..ending with a bang is the better place to be and Outlander closed out its sophomore season with the resounding boom of cannon fire. Thankfully, the writers had 90 glorious, feature-length minutes to spin their tale, and spin they did. The rapid-fire switches between centuries was accomplished seamlessly unlike the premiere’s awkward treatment of the time changes.

The final Craigh na Dun scene, and what transpired between Jamie and Claire there, was about as good as it could get. Sam Heughan’s delivery of Diana Gabaldon’s poetic parting words were better than I ever expected them to be. It was a tragic, yet hopeful ending to season 2 and all the things we love about Outlander rolled up into one fantastical episode.”

Or “Prestonpans” which Anne described this way…

“…combined everything we love about this series – adventure, intrigue, history, deep, deep love and intimacy and incredible character depiction… The embrace between Claire and Jamie before he heads off to the battle was so full of emotion, desire, passion and enabled us to remember the Jamie and Claire that we love so very much… The connection between these two – the love and the respect, the longing and yet the total sense of self that they both display – is WHY I LOVE OUTLANDER! Jamie’s chivalrous bow to his Lady on the way out the door was just the icing on the cake. Top that off with Claire’s goodbye to Rupert, Angus and Murtagh and we see how far these men have come with their relationship with Claire.

It’s because we have been allowed to see inside these characters that we so deeply feel Rupert’s wounding, Fergus’ trauma, and the horror of Angus’ surprising death. To me, this episode is one of the finest hours of Outlander we have seen to date and reminds me of some of similar outstanding episodes from Season 1. THIS IS OUTLANDER.” 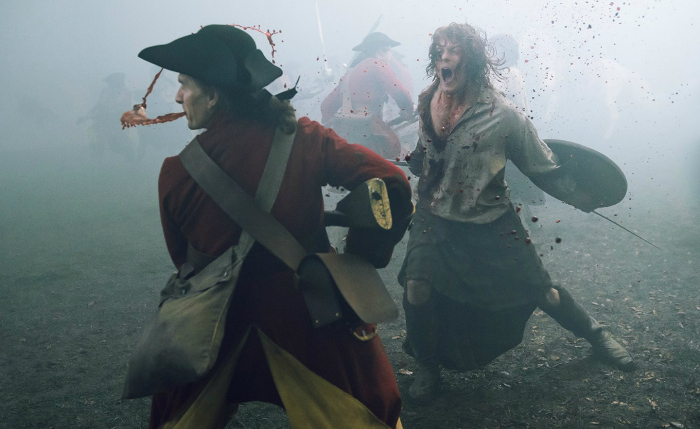 Okay, so why exactly won’t these amazing episodes be up for Emmy nods?…..Drum roll, please……A technicality. Truly.

Them’s the rules, folks. That’s what happens when you delay Outlander Season 3, STARZ…. You could have set up Season 3 as I suggested here and not only received a 2017 Emmy, but gained more fans, STARZ. Argh!

But there is hope. The good news is that Outlander Season 3 in its entirety will be eligible in 2018 and Academy voters will have months to stew on it, to re-watch it, before they need to vote. (I hope it exceeds Season 2.)

This is all due to Outlander’s September start date. For Seasons 1.5 and 2’s April start-dates, some Academy votes were already cast in early June, thereby negating all of the cast and crew’s efforts in ramping up the plot-lines to make for amazing end of June TV viewing.

Luckily, we shouldn’t be thwarted at the next Emmys because of those reasons. Assuming Outlander Season 3 exceeds fans’ expectations, STARZ will just have to take its chances, along with everyone else.

How important do you think winning an Emmy is for Outlander? Do you think it could impact whether or not the show is renewed for additional seasons beyond Outlander Season 4?