Seeing Outlander: Behind the Scenes for Outlander Episode 406, “Blood of My Blood”

Want to see behind-the-scenes filming for Outlander Episode 406, “Blood of My Blood?” Our blogger was there and has more photos from Fraser’s Ridge, Jamie and William’s camping trip and more.

Outlander Episode 406 — whoa! So many reunions in this one, and so many different emotions. Last week Murtagh, this week Lord John Grey and an older Willie (I mean William). And we still had Murtagh, who was not well pleased to lay eyes on the Governor of Ardsmuir Prison! There’s some great tension building there between Murtagh and the Frasers – kudos to the creative team who have devised this story line for Murtagh. It’s great to have something new and surprising happening for people who are so familiar with the original stories. For me, it adds zest to the show.

For this week’s behind-the-scenes material, there was obviously a lot more of Fraser’s Ridge and the Frasers’ cabin (or should we say hospital) life. Some of the scenes were shot in the familiar Cumbernauld Glen, and there was also a new location. When William and Jamie went on their father-and-son discovery tour to escape the pestilence, I recognised a place I visited on one very cold (surprise, surprise) day in February 2018. And yes, there was snow. 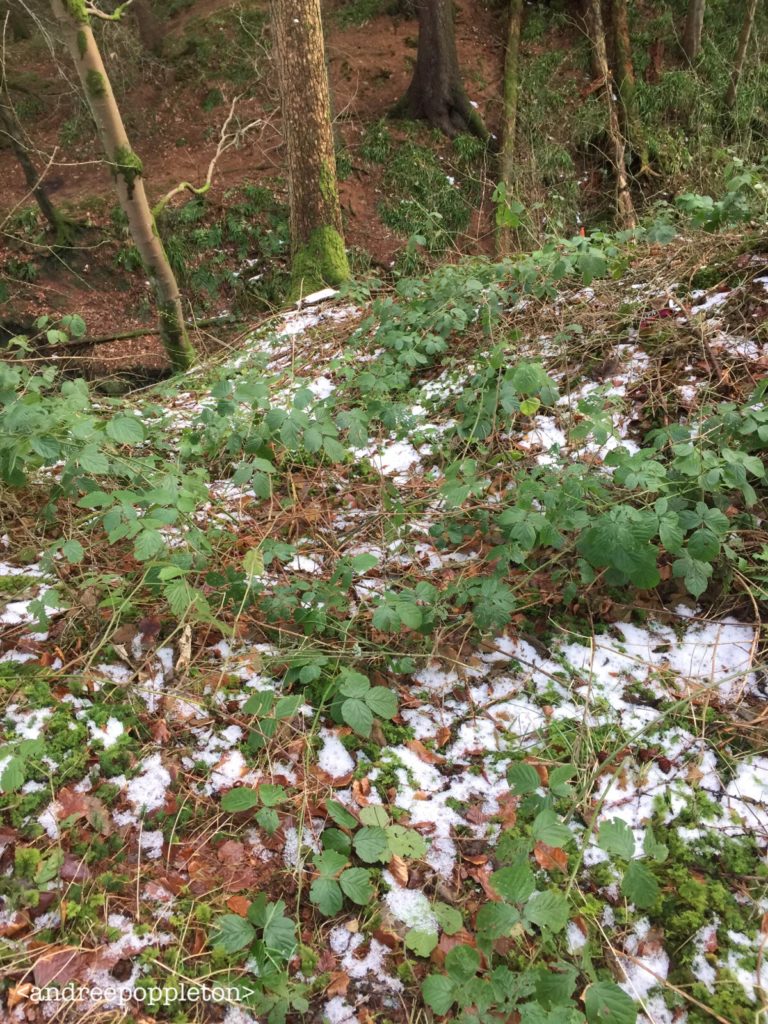 First though, that back-breaking water hauling scene with Claire and Murtagh. I do hope somebody invents pipes later on in the series … wink! That is such a beautiful place by the water in Cumbernauld Glen ….. one day when there was no filming going on we just took in the beauty of the place. Feel the serenity! And not a leech in sight. 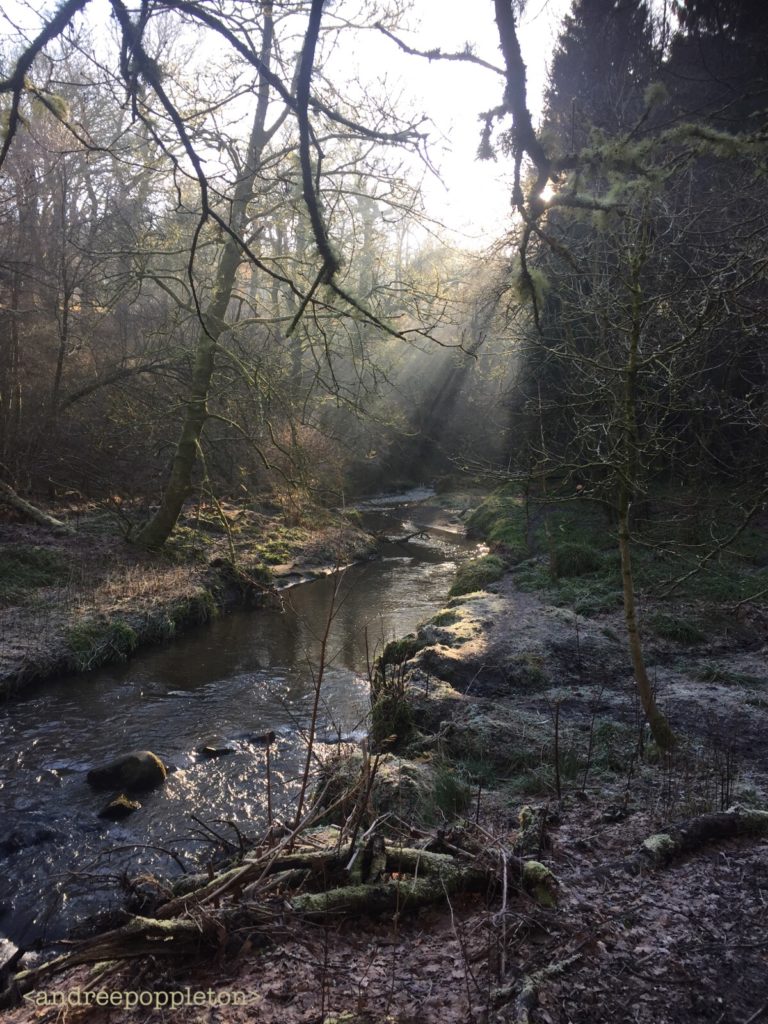 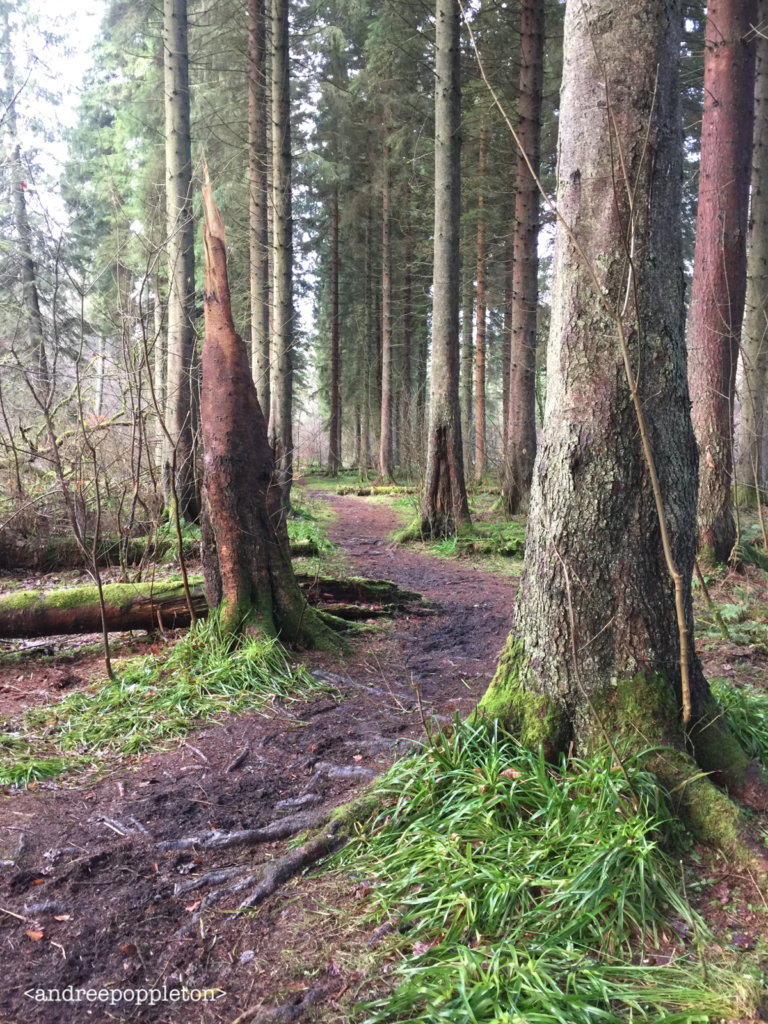 The day those scenes were filmed at Cumbernauld, an eagle-eyed local fan got pics of Duncan Lacroix, and at that stage it was not known if/when he would be returning to the series, so there was huge excitement at the time. 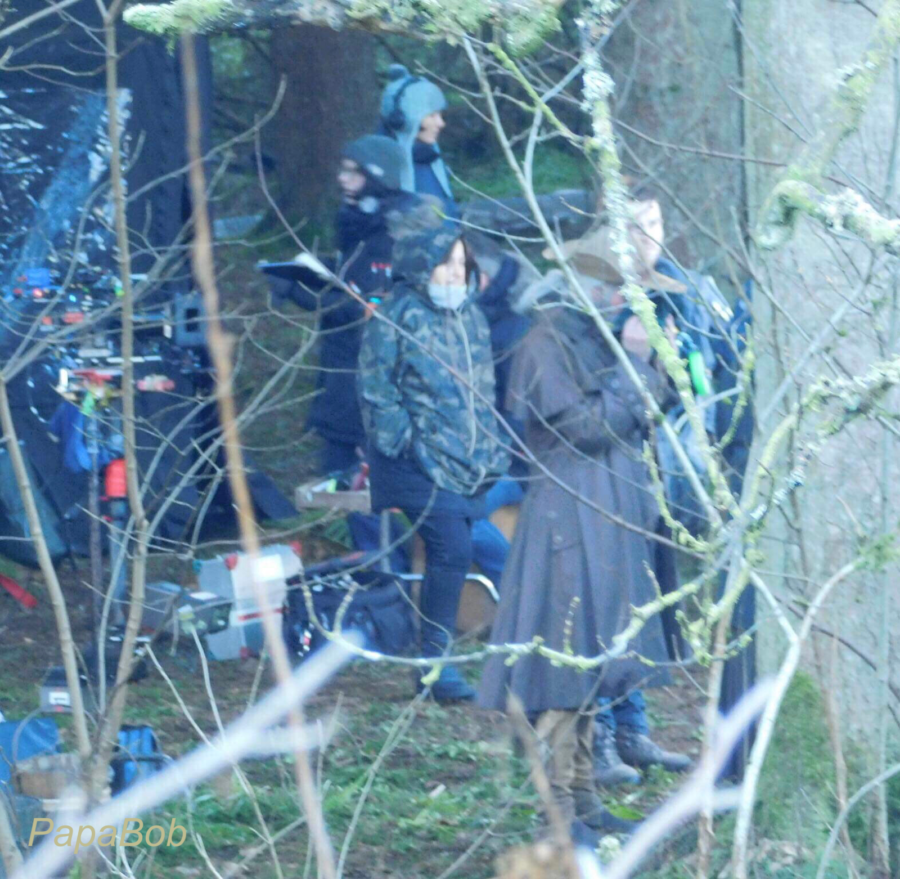 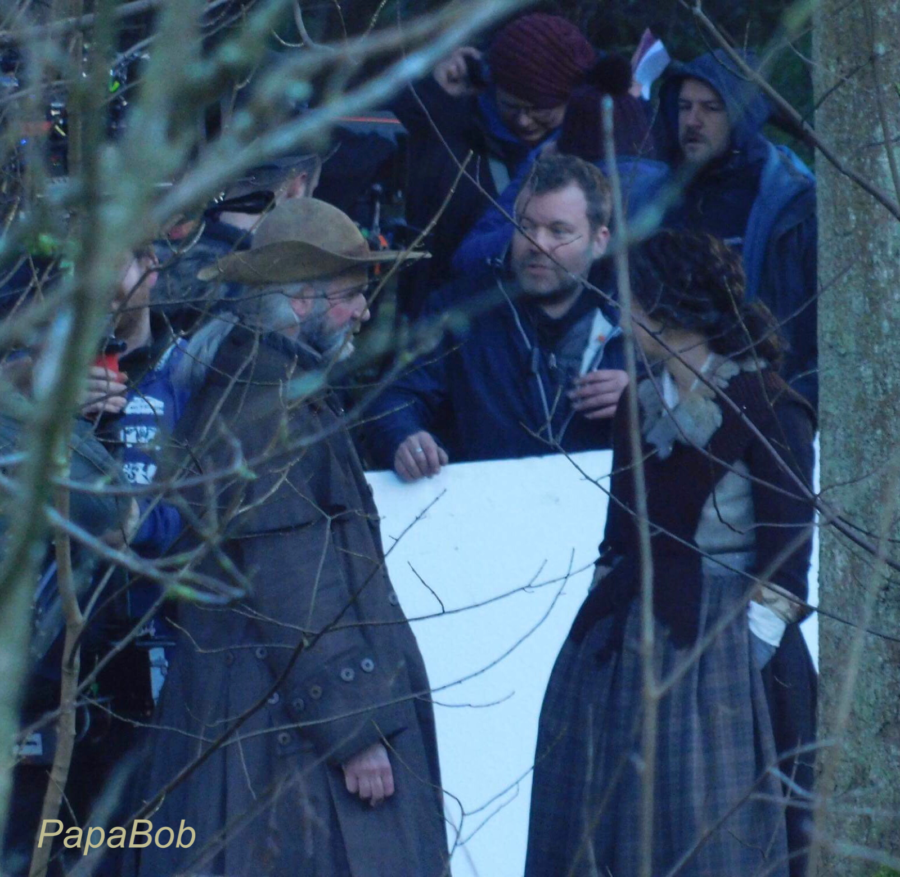 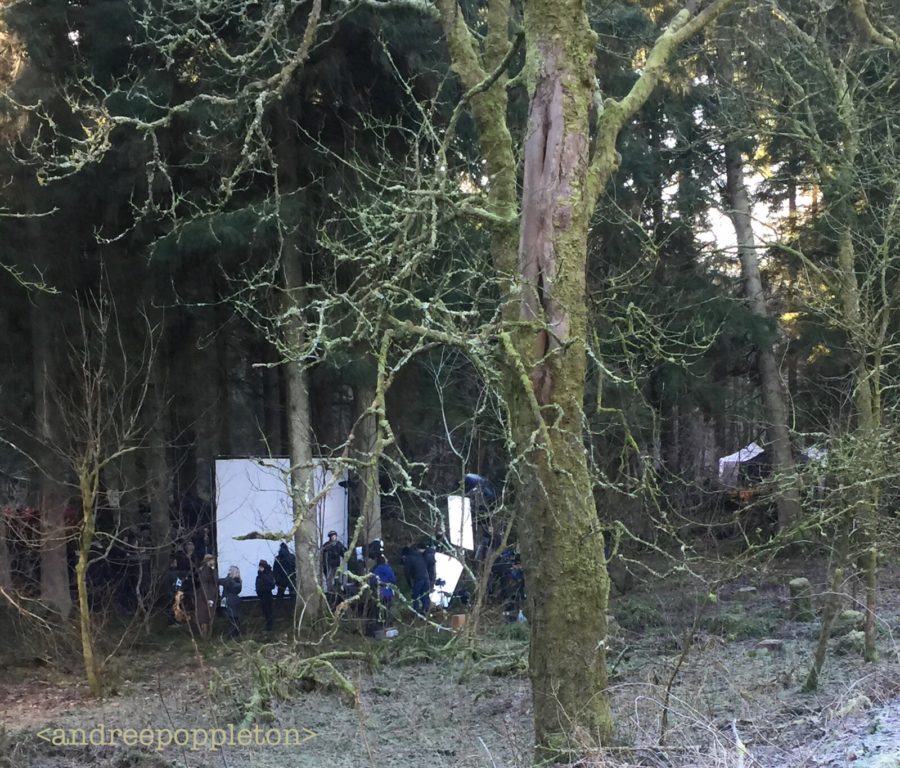 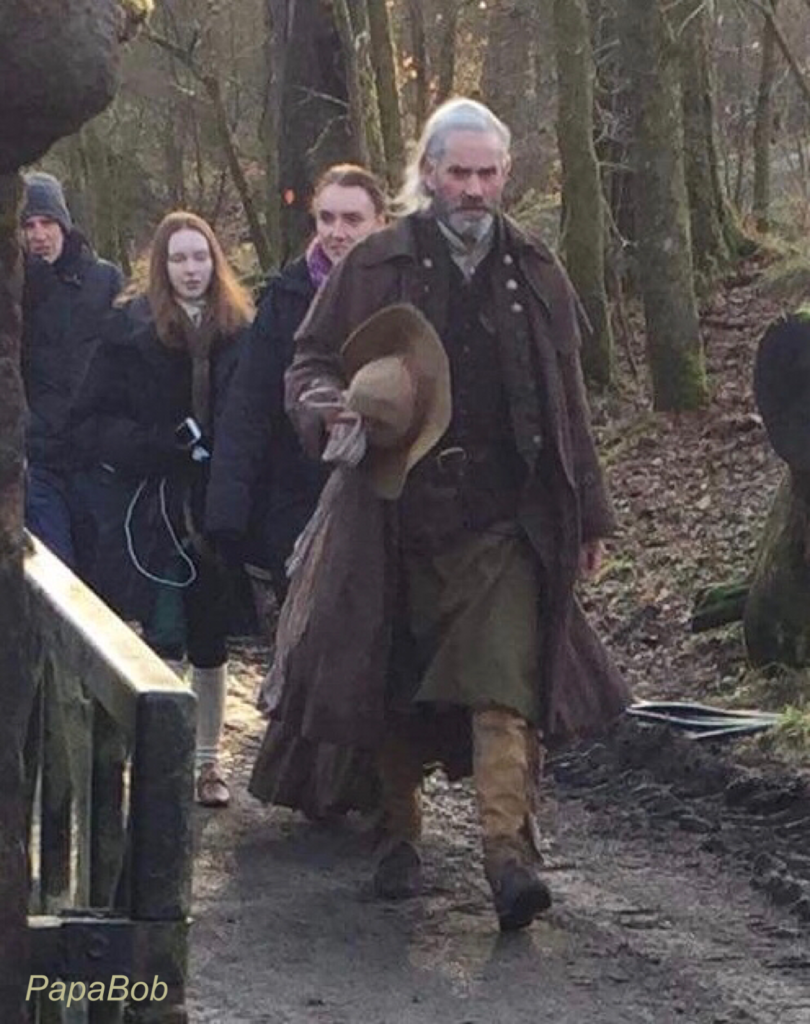 And they also spotted young Oliver Finnegan putting on some extra layers between takes. 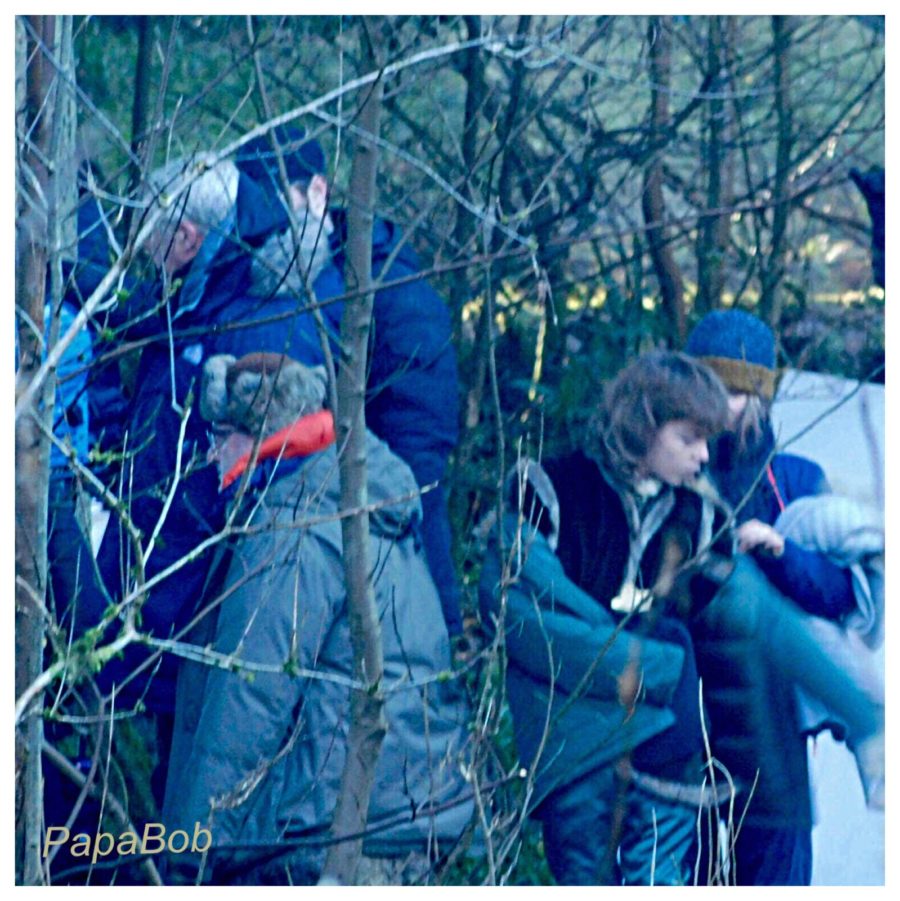 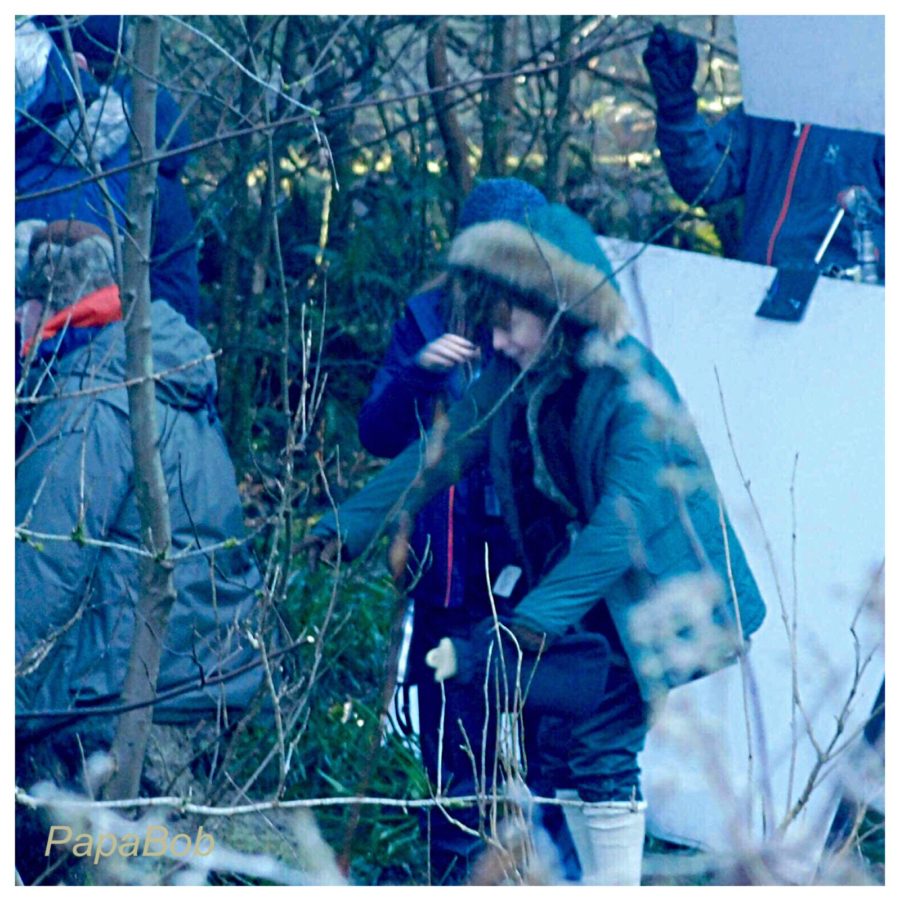 For a bit of Frasers’ Ridge ambience, here are a few wee pictures and films shot by another keen local fan. Complete with the bath (sigh) and the privy. “What news of the underworld Persephone?” Many were a tad nostalgic about that line, and that incident from the book being omitted. But at least they showed us a colourful serpent in the title card as a nod to that omission. 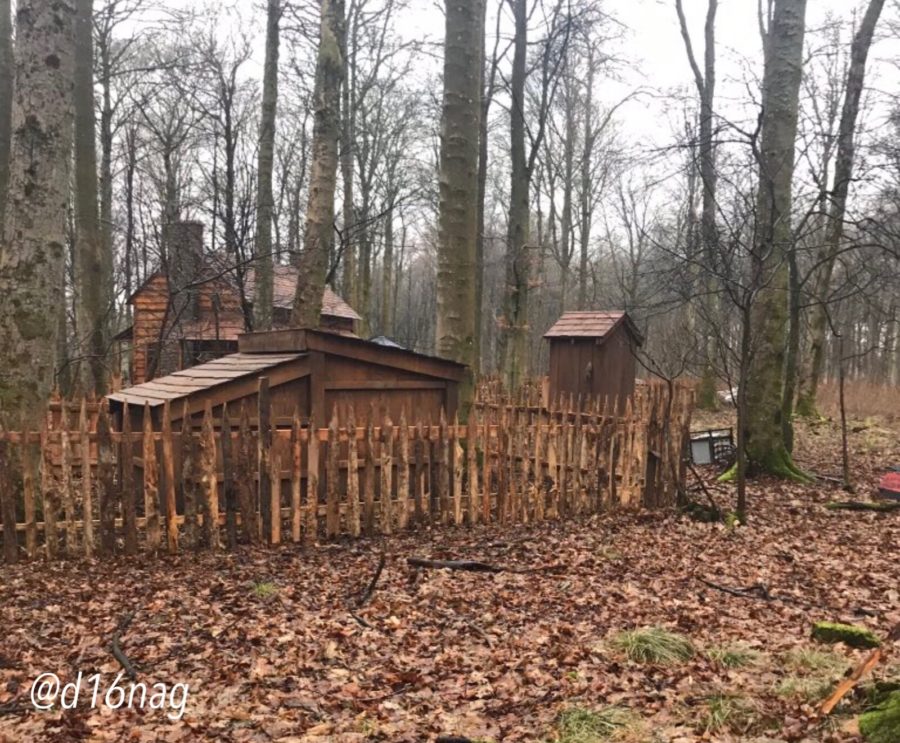 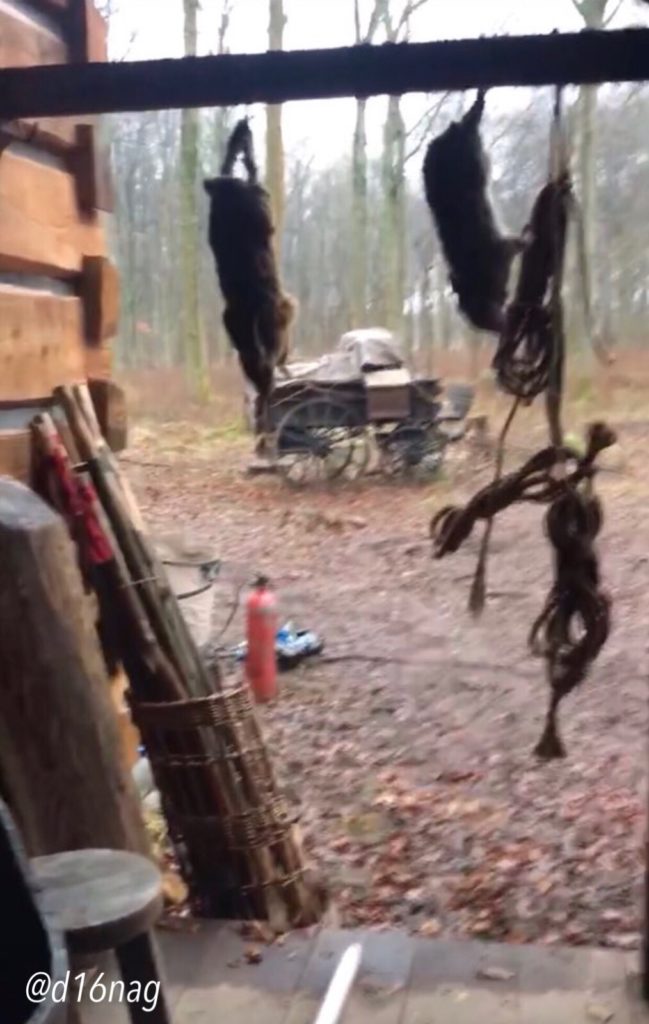 How weird was it that Murtagh never said goodbye? He just disappeared into thin air after the super-awkward dinner party and paternity discussions. The whole fiasco was just too much for him, and he high-tailed it back to the forge tout de suite, I guess. Hope we’ll see him again in the not too distant future.

Tickling trout, camping under the stars, dramatic moments with the Cherokee warriors, and riding back to the ridge were filmed at yet another country park, at East Kilbride, about half an hour south of Glasgow. This is the beautiful Calderglen Country Park, which was quite a tricky location for spectators and it was virtually impossible to see any of the filming. It was terribly cold and there was some snow from a recent light fall. 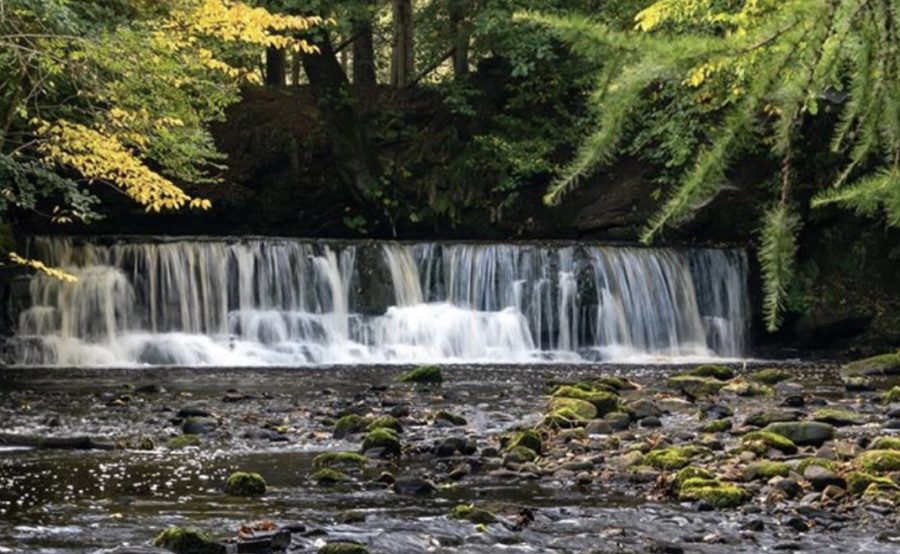 yYep, that was a real waterfall. Imagine filming out there in the middle of the night … BRRRRR! 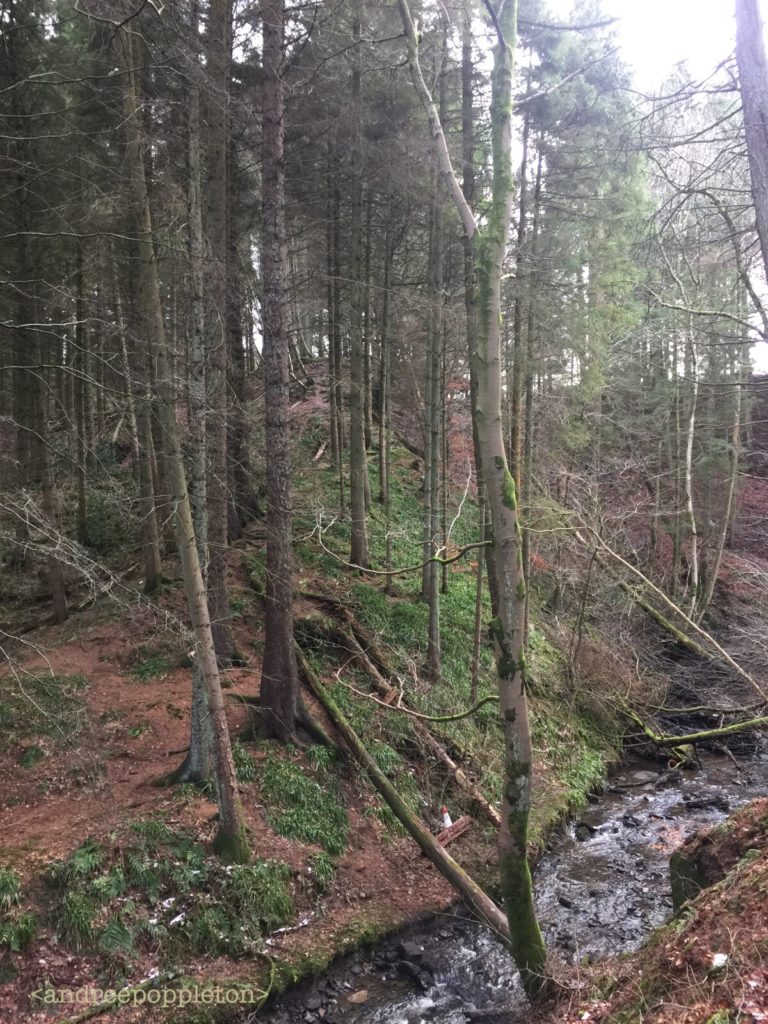 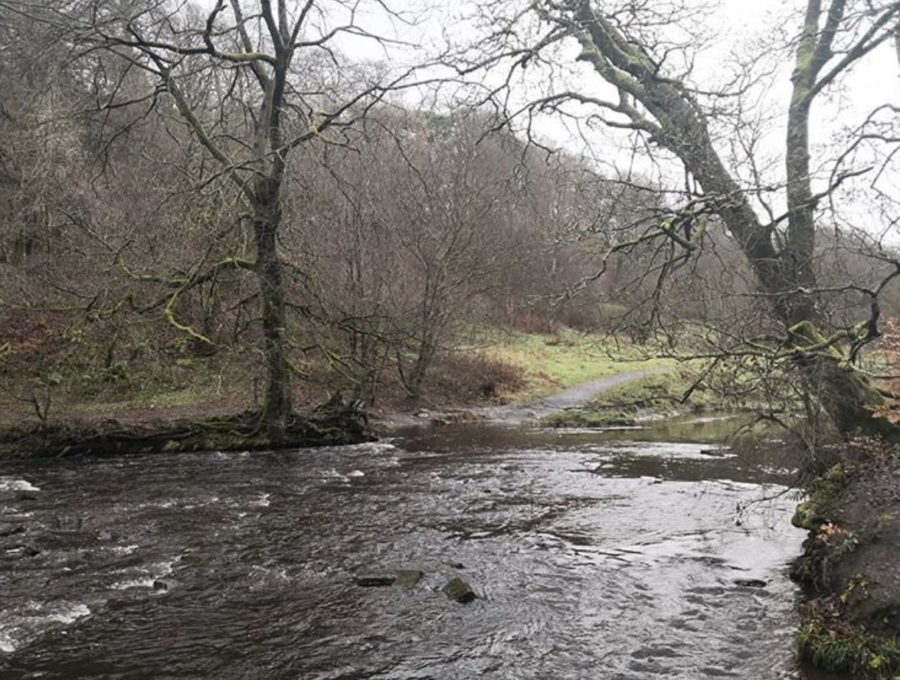 It was really hilly and from one vantage point we could see the white horse and rider in the distance through the trees. 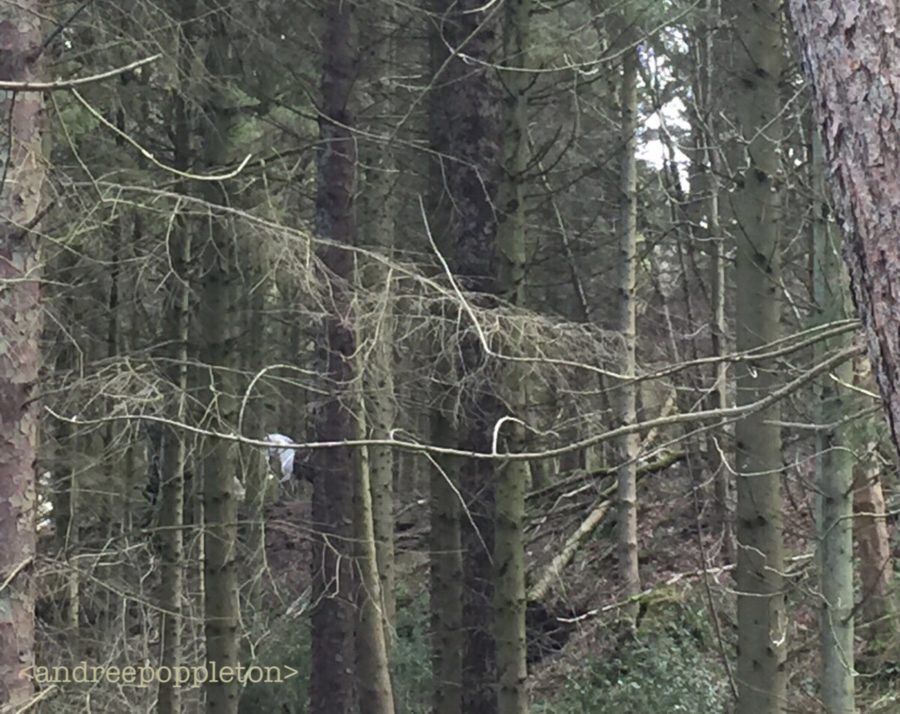 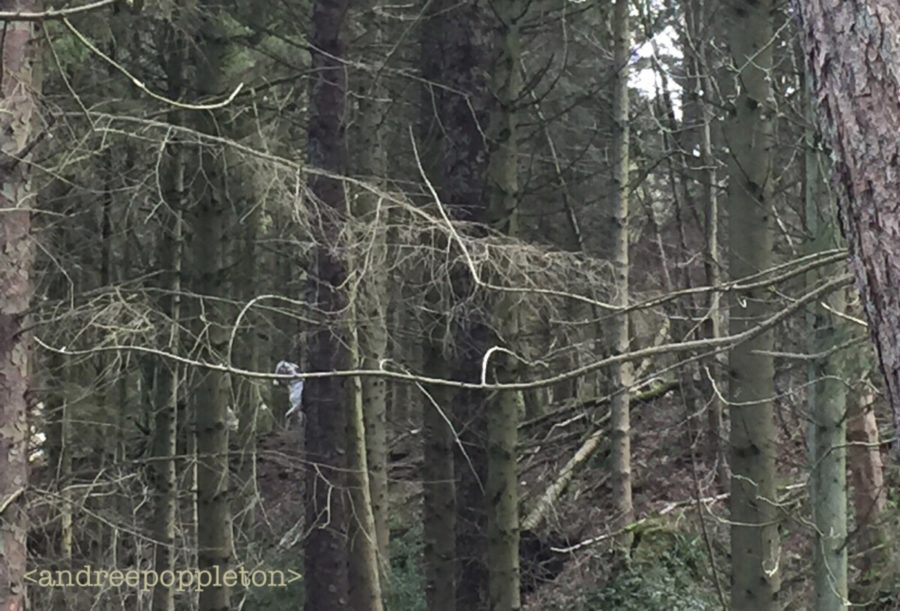 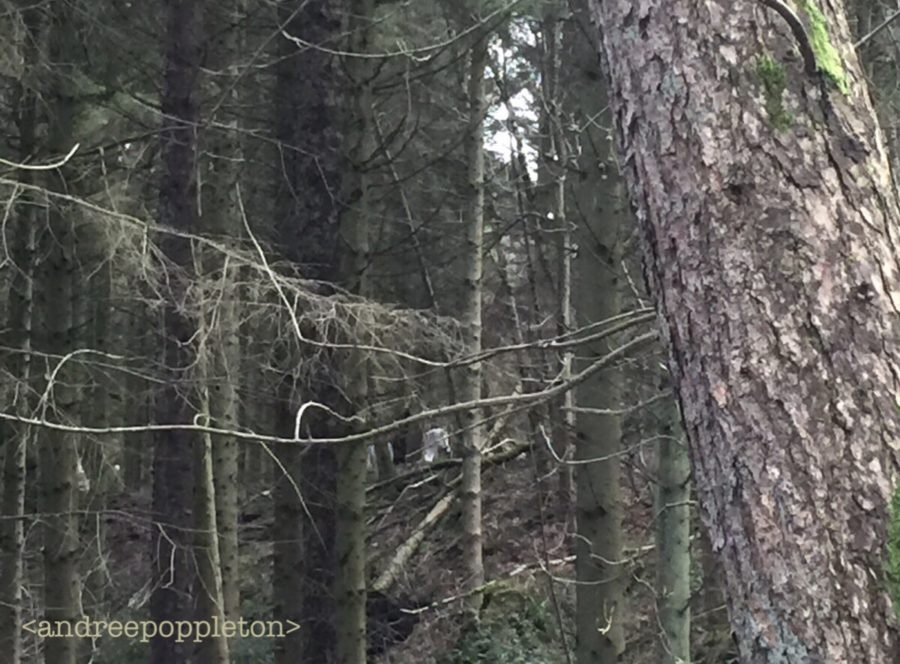 Where’s Wally? – or whatever that horses name was. That was all we could catch a glimpse of that day.

There were quite a few hardy fans who waited patiently until the end of the day. And they were rewarded with a meet-up with Sam Heughan, who came to greet them after he had finished filming. 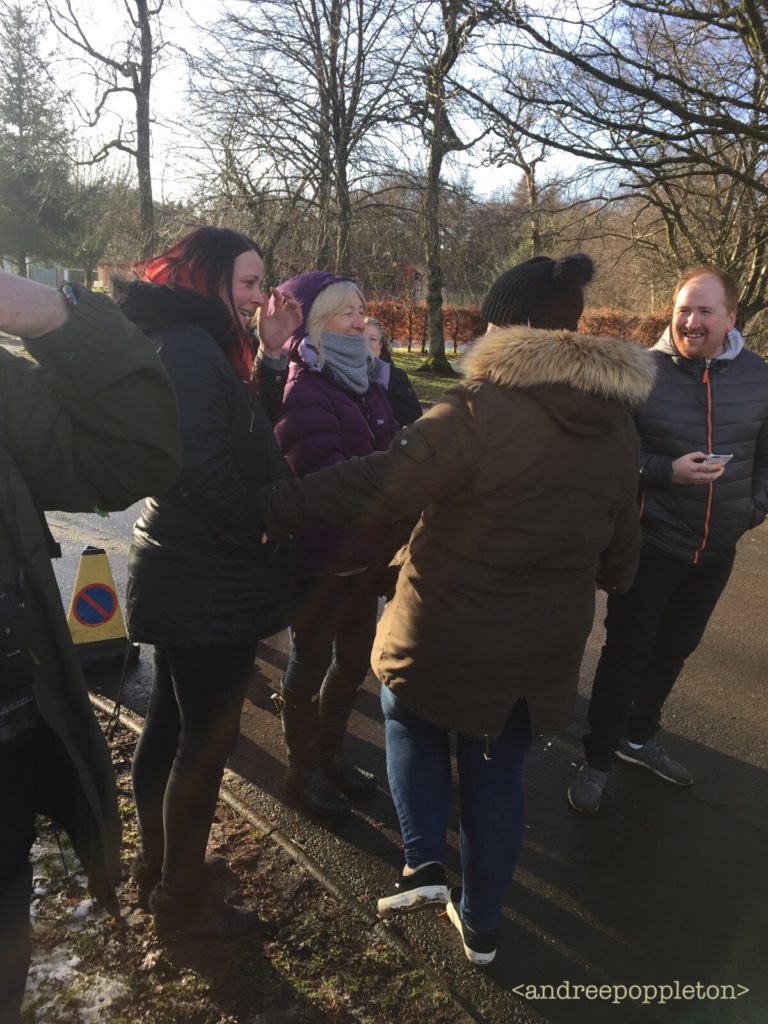 Unfortunately I had given up and left by then. Do you see a pattern here? Where’s my stamina, my fortitude, you may ask? Luckily, there are others with more of those qualities than me, and here are their lovely pictures of the gracious Mr. Heughan, hanging out with fans after a grueling day in icy conditions. Good man. 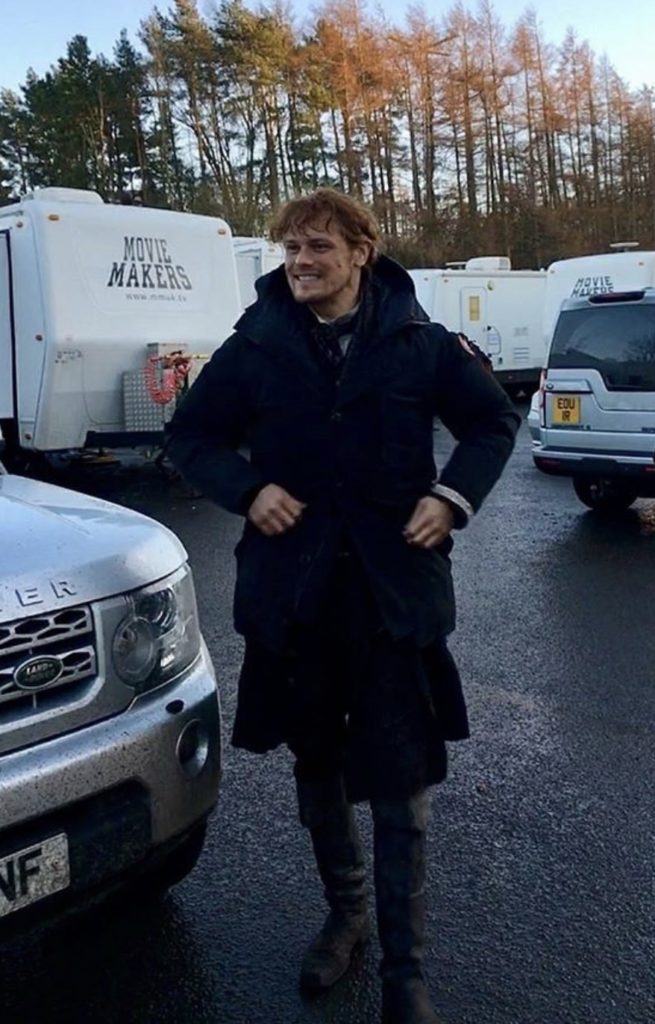 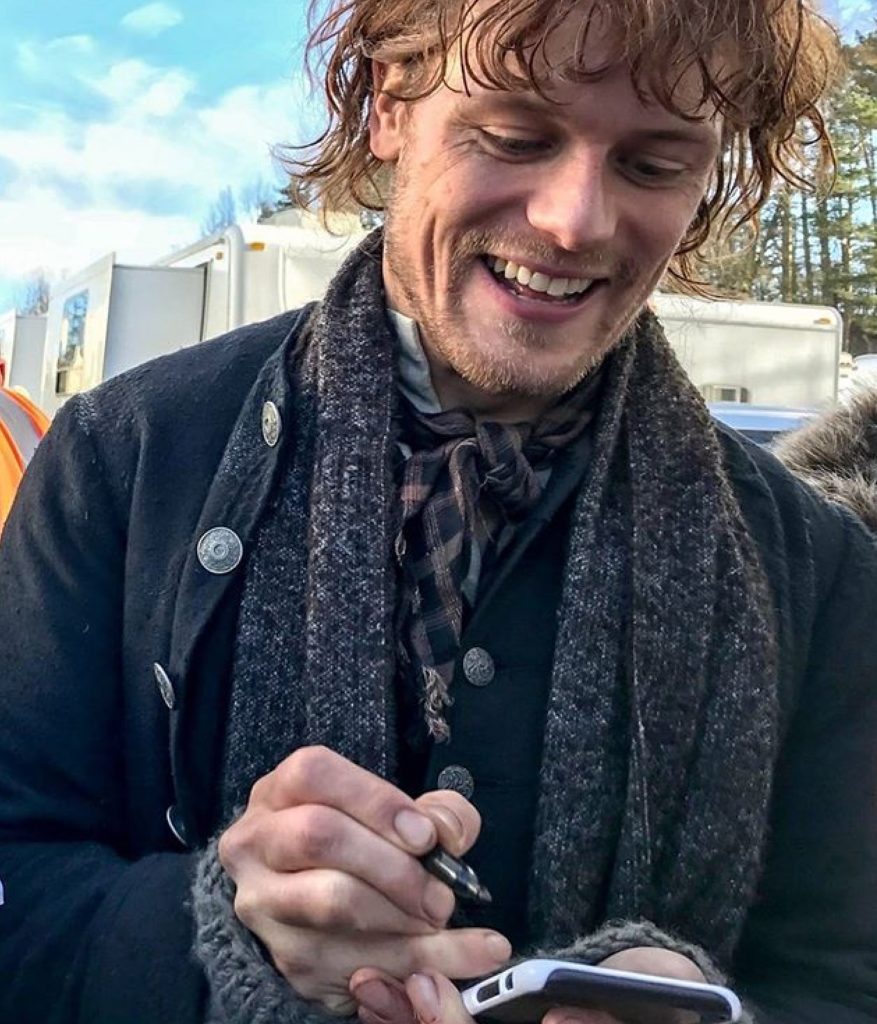 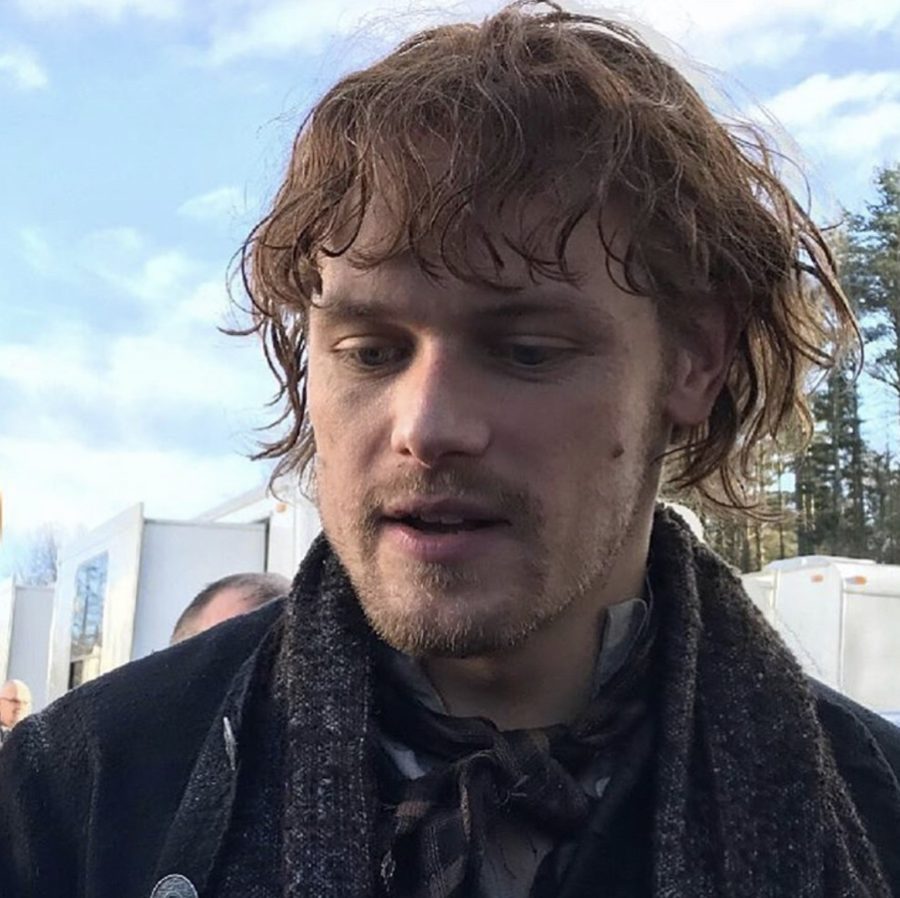 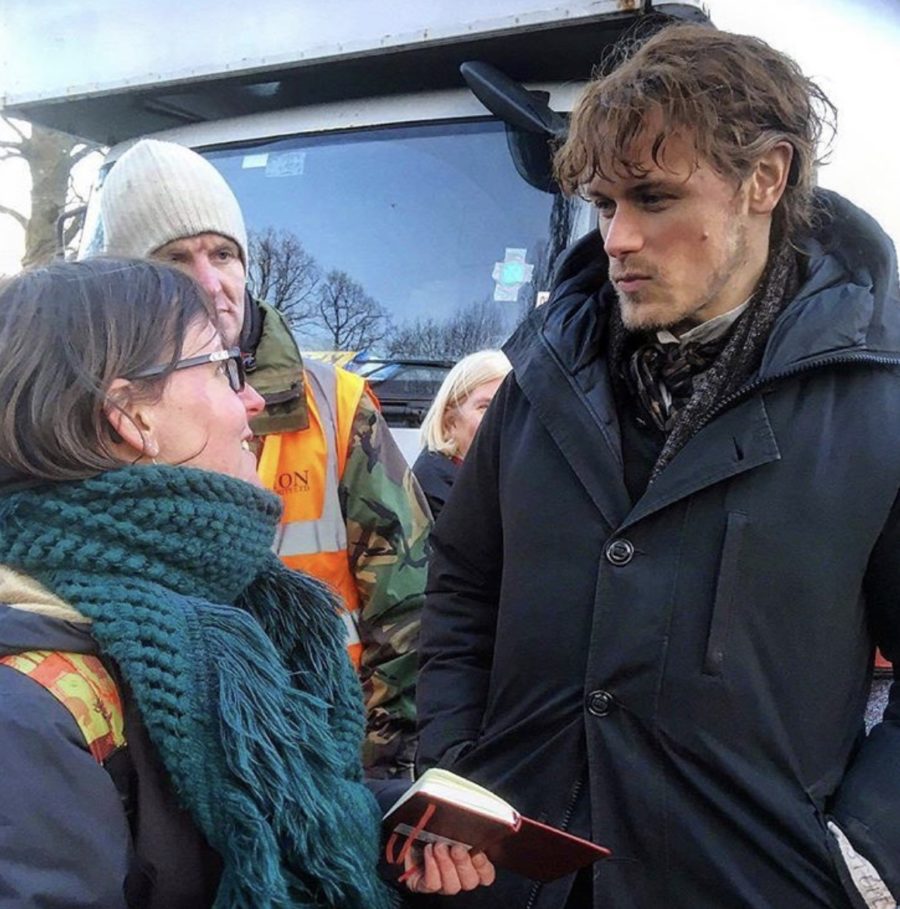 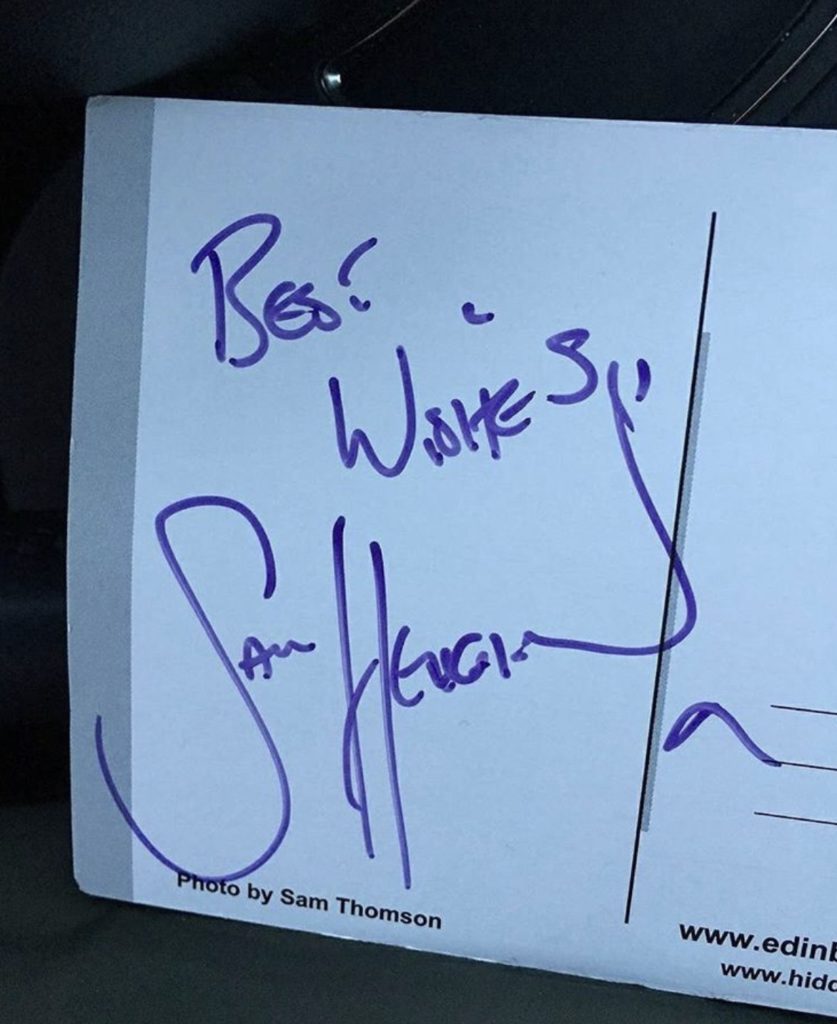 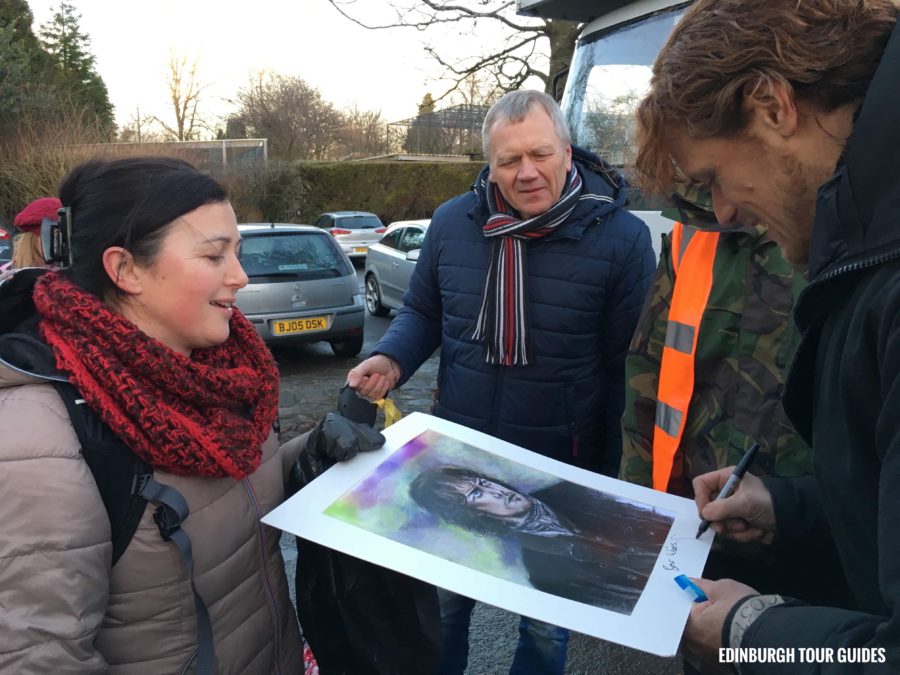 Andy Middleton of Minikilt Tours got something special signed. 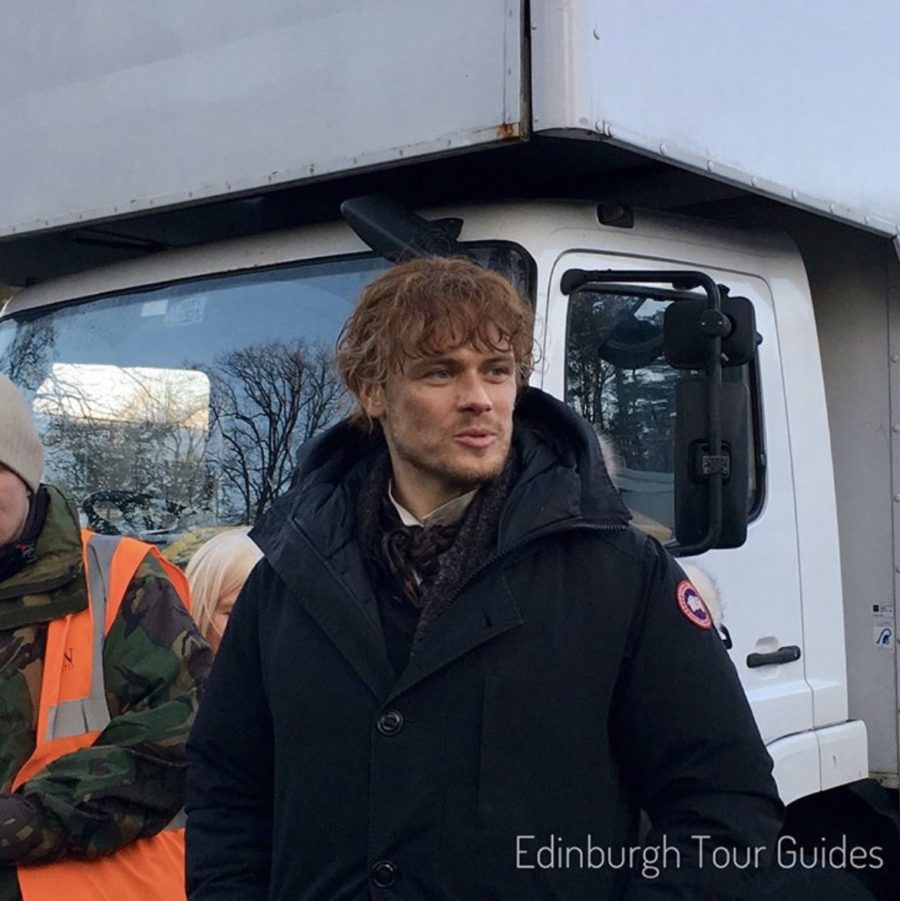 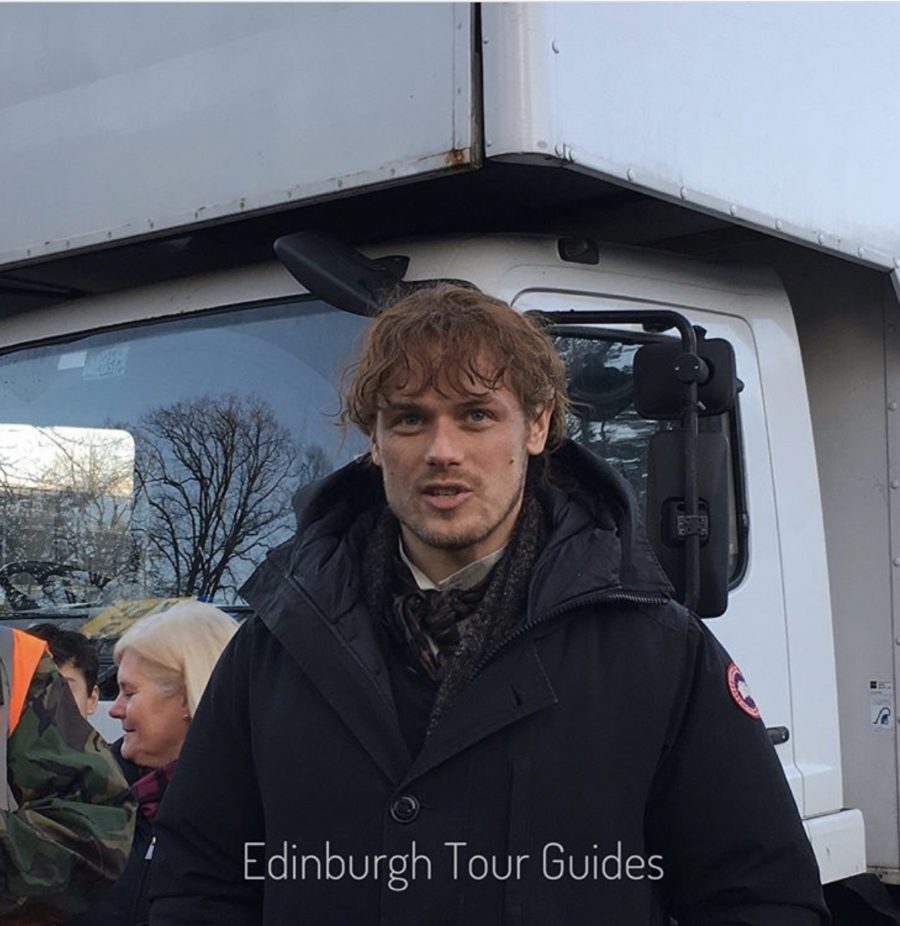 So, let’s all go away and fortify ourselves with carrots, squash and liver (a big NO to the liver, for me!) until we meet again next week. Hoping to be able to share some pictures of the Roger and Bree storyline with you, as we go “Down the Rabbit Hole” together.

Thanks again to the fans who shared their pictures with me again. Sam Thomson of Edinburgh Tour Guides, @16dnag and PapaBob. Some of my pictures are from unknown photographers, so credit to them also.