Seeing Outlander: Behind the scenes in Outlander Episode 412, “Providence”

Want to see behind-the-scenes shots of Outlander Episode 412, “Providence?”? Andrée Poppleton and her crew have shots of the Mohawk village and more!

I reckon that when Claire gets her eyes and surgeon’s hands on Roger next week her diagnosis will be fractured clavicle. #PoorRoger. He is having a VERY difficult time and we are all hoping for a miracle next week.

In this week’s emotion-packed Outlander episode 412 we saw four locations: River Run, Wilmington, the Mohawk Village and the forest scenes with Claire, Jamie and Ian on their quest to locate Roger. With my #BTS radar and enjoyment of all things that go on in the background to make the show, I was thrilled to see Barry Waldo’s posts on Instagram this week. He showed us the inside set that Gary Steele and his team created for River Run. Who knew that the verandah was created on a stage complete with a painted backdrop of the view out to the river. Wow! Couldn’t resist adding those here as they are so interesting. 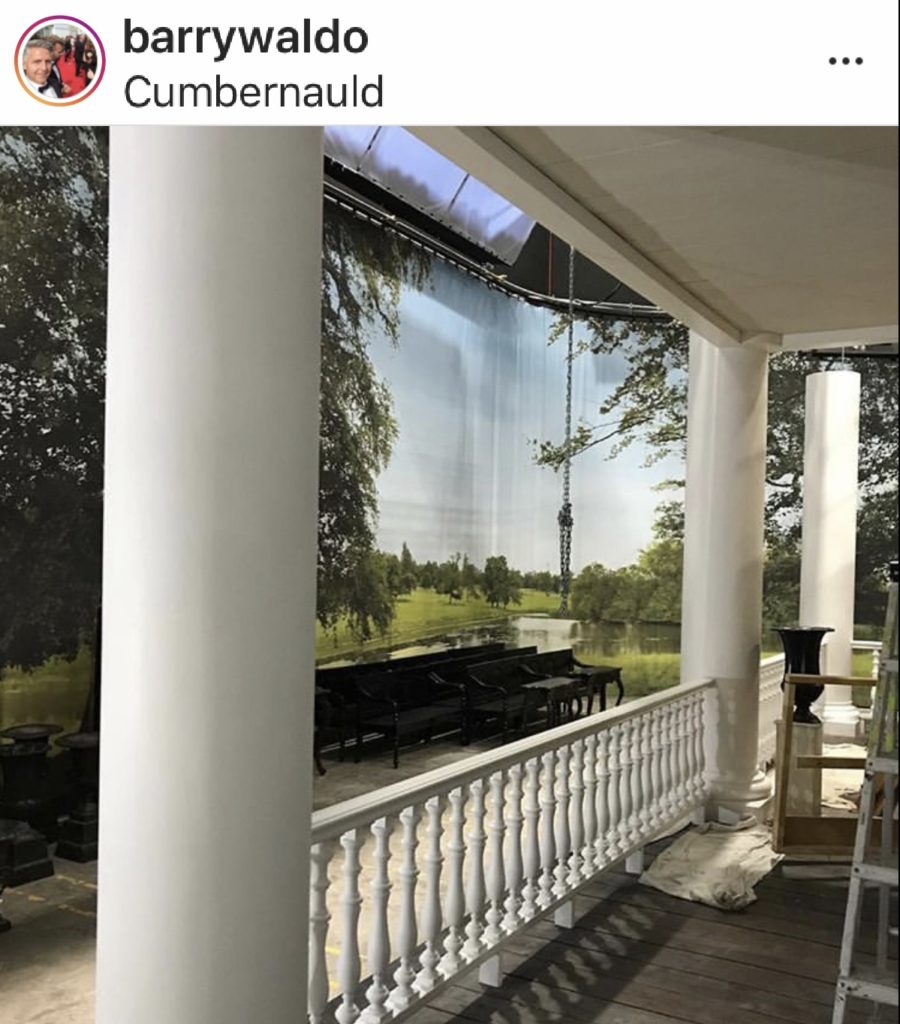 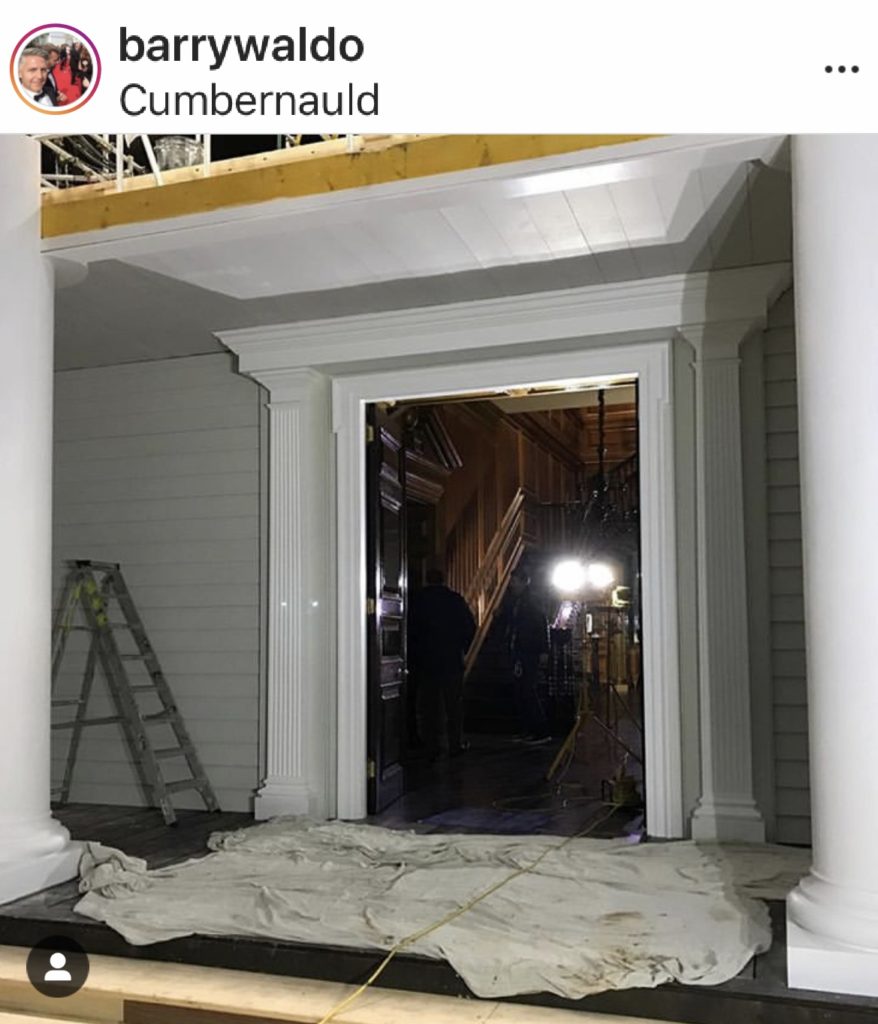 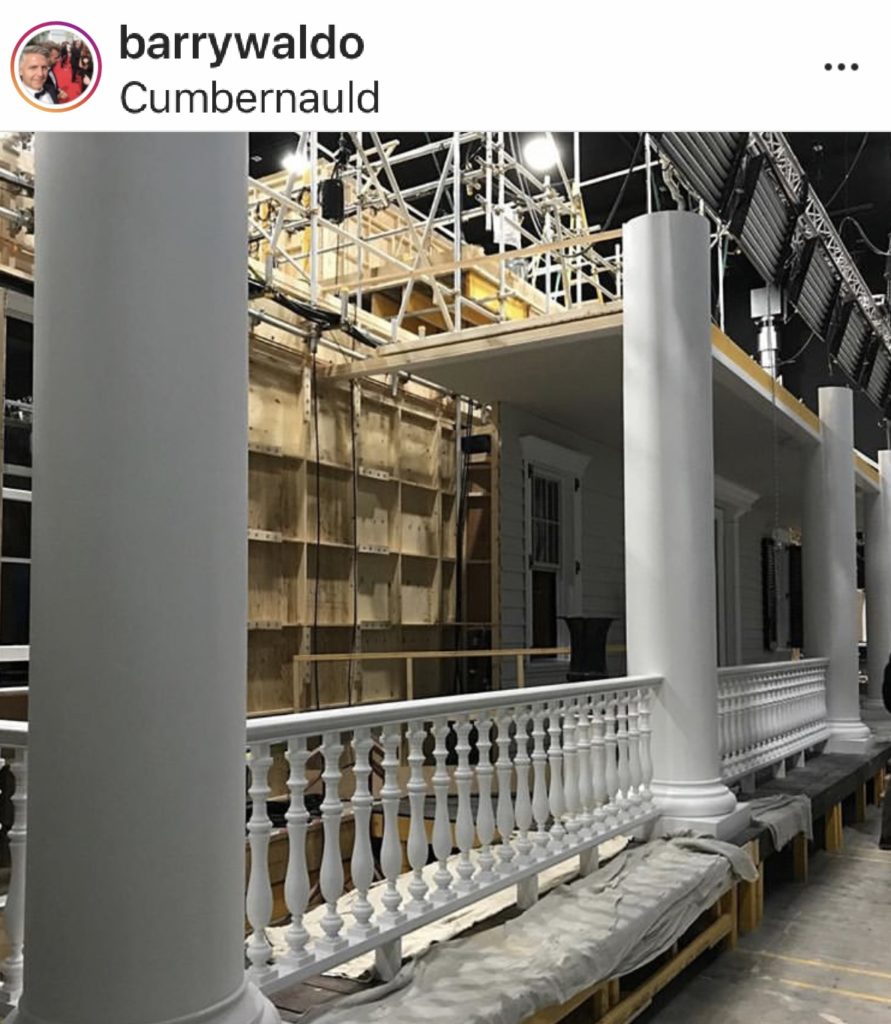 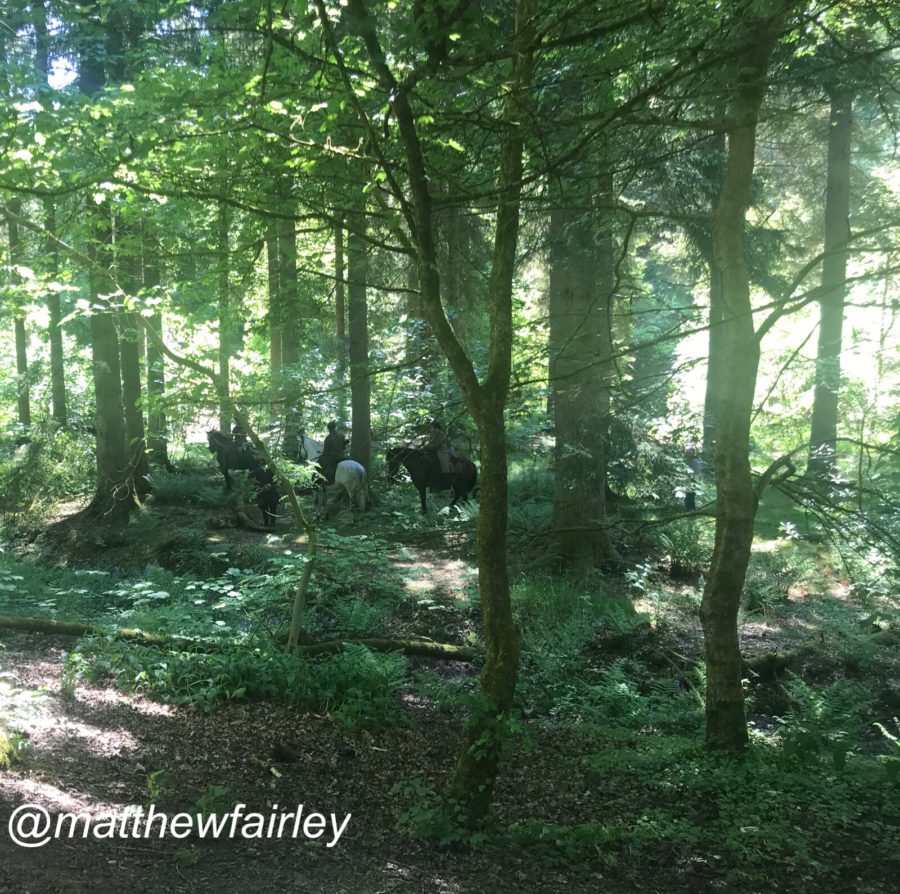 And for Wilmington, here are a few more shots from Matthew from his recent visit to the site, as well as a couple of aerial shots of the “town.” 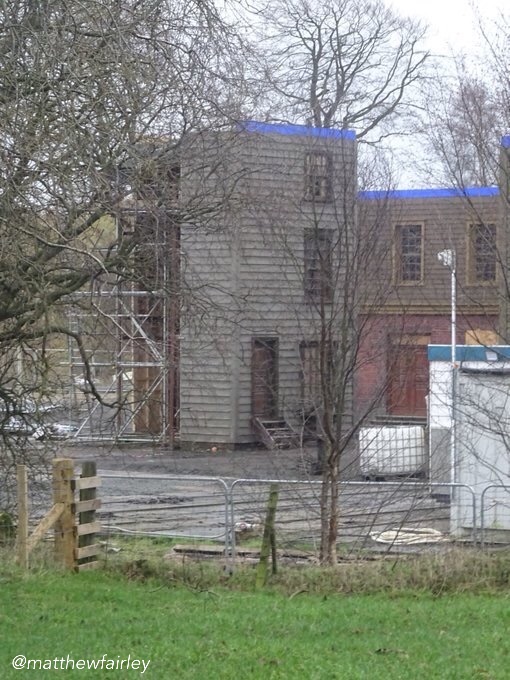 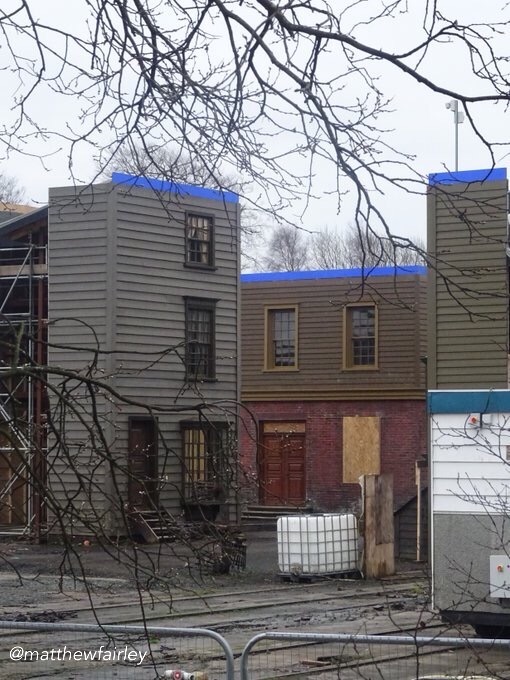 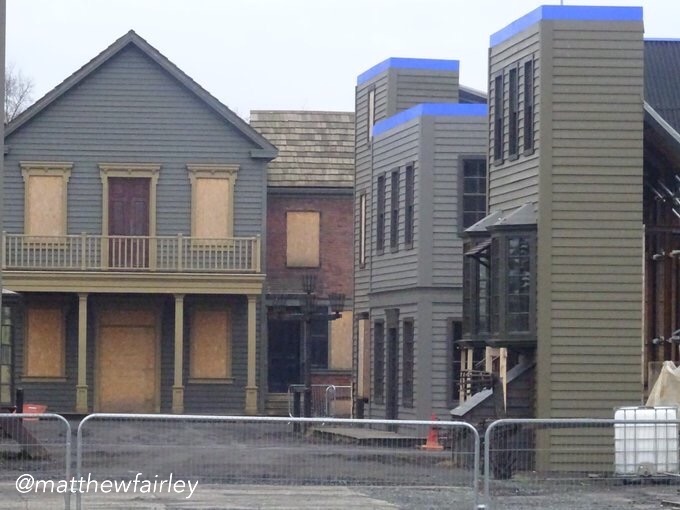 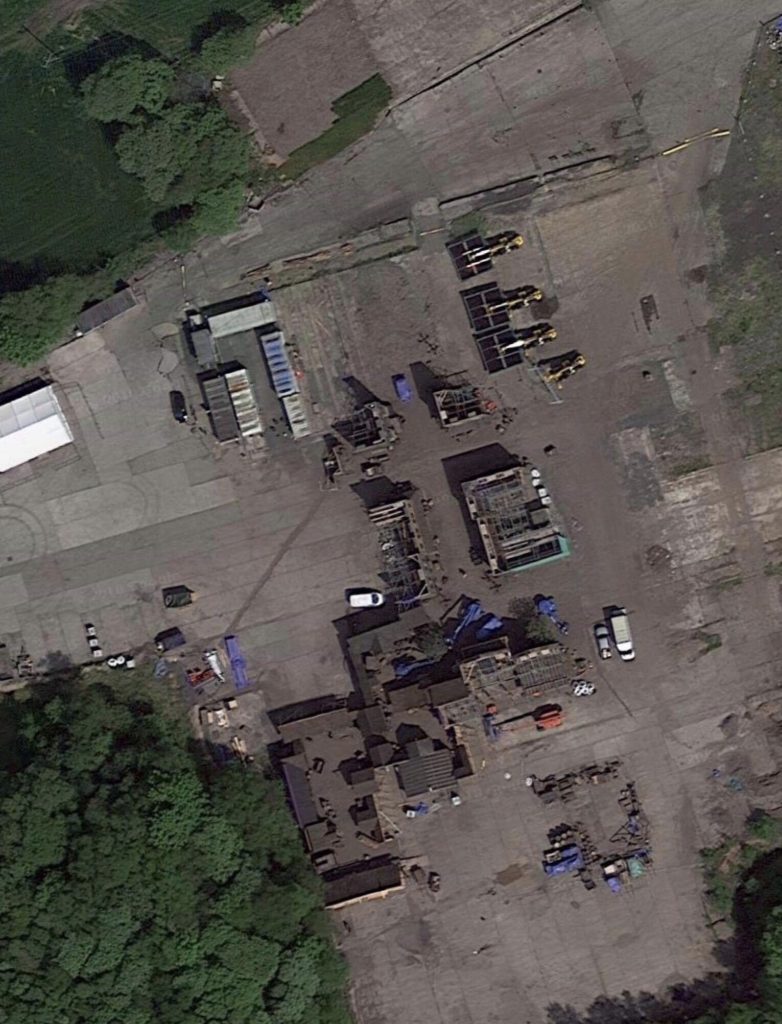 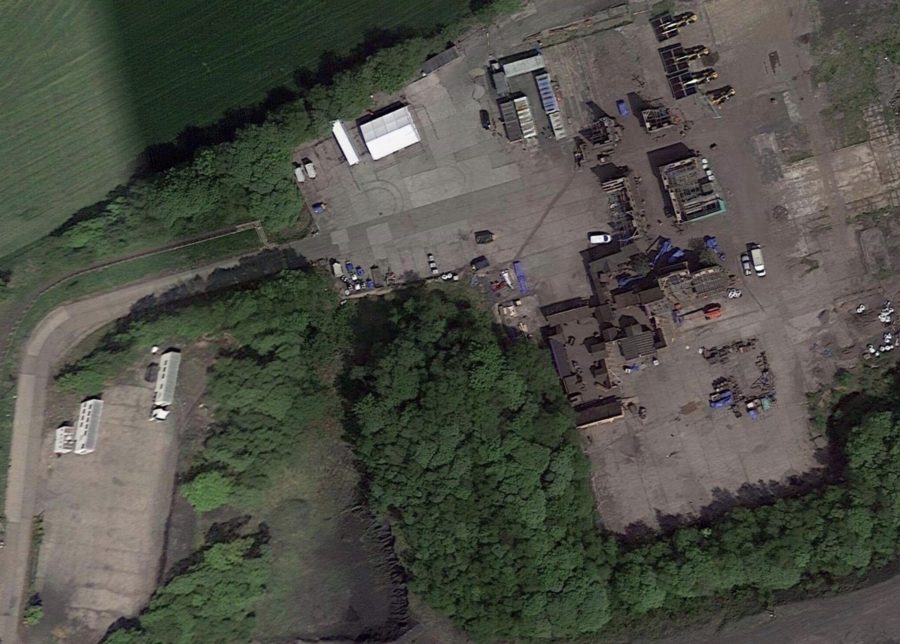 I saw on social media that someone has dubbed Fergus and Marsali, the 18th century Bonnie and Clyde! Hope we’ll see them arrive to settle at the Ridge before the show ends.

The most exciting and traumatic scenes this week were in the Mohawk Village, Shadow Lake. Back to Faskally Wood near Pitlochry in the Scottish Highlands. 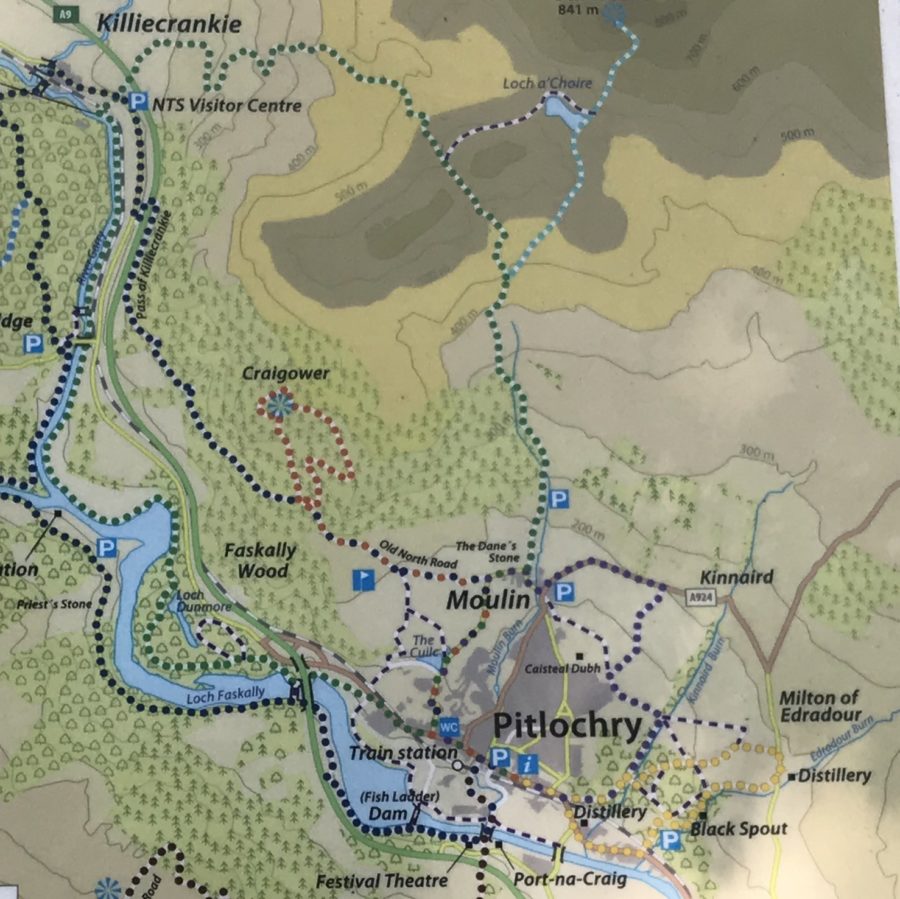 A most magnificent part of the world. The day we were there, a beautiful summer’s day in June, we could not see much, as filming was underway. We had a lovely walk in the forest and by the water’s edge, though.

When we walked down to get a view up towards the village over the loch, we met some folk who were staying in a holiday park at the edge of the loch. One bloke told us a story of the night before when he had gone to the local pub and ”it was full of Indians,” he said! He and his friends had no idea what to make of that. 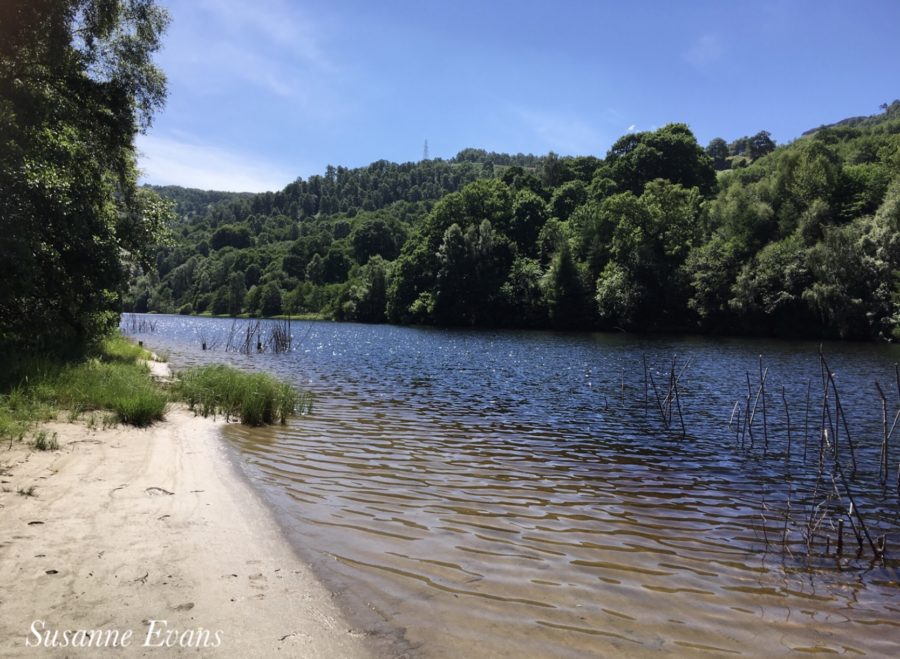 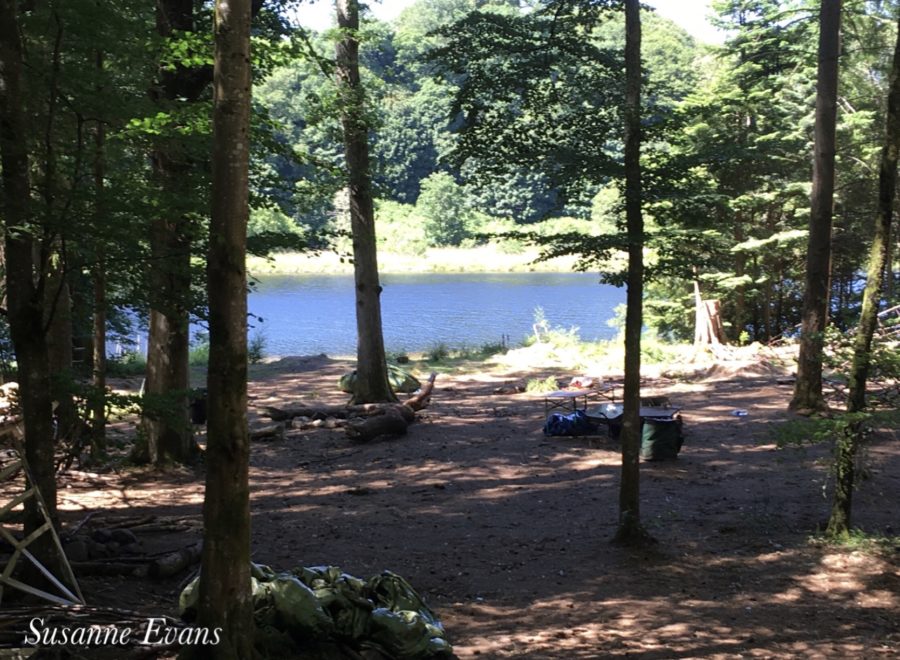 On the days before we were there, Matthew, Susanne Evans and Pauline Duncan (of Northlands B and B in Pitlochry) each went and got some amazing close-ups of the village dwellings, including fabulous details of the interiors, with the sleeping platforms and all the minutia of village life. Skins, dear carcass, fish drying — what a set up! It was like actually traveling to another world and time. 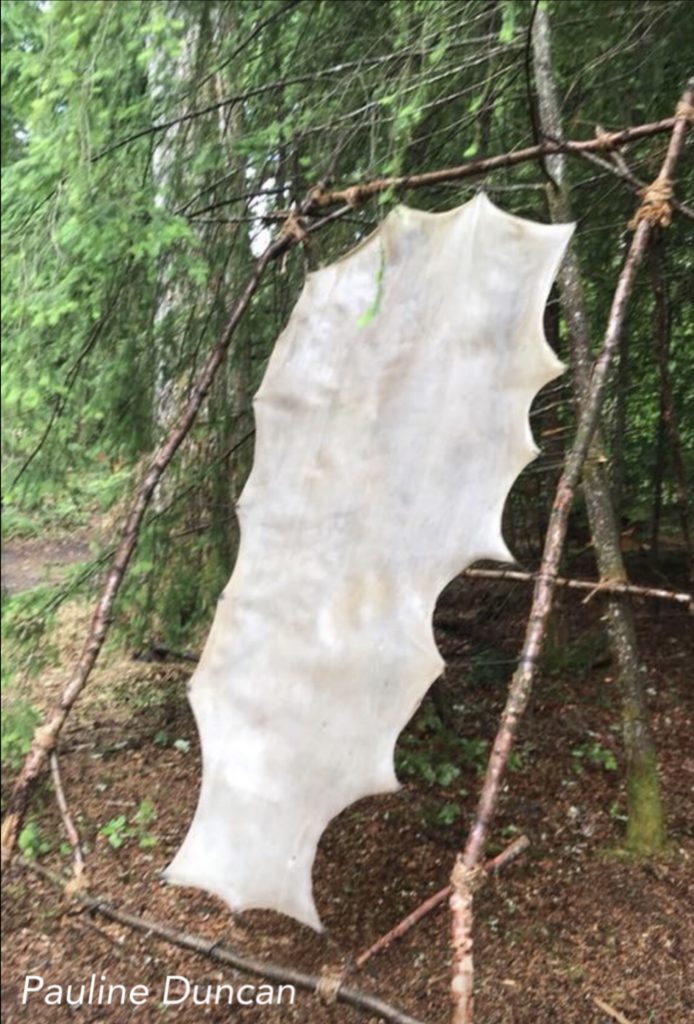 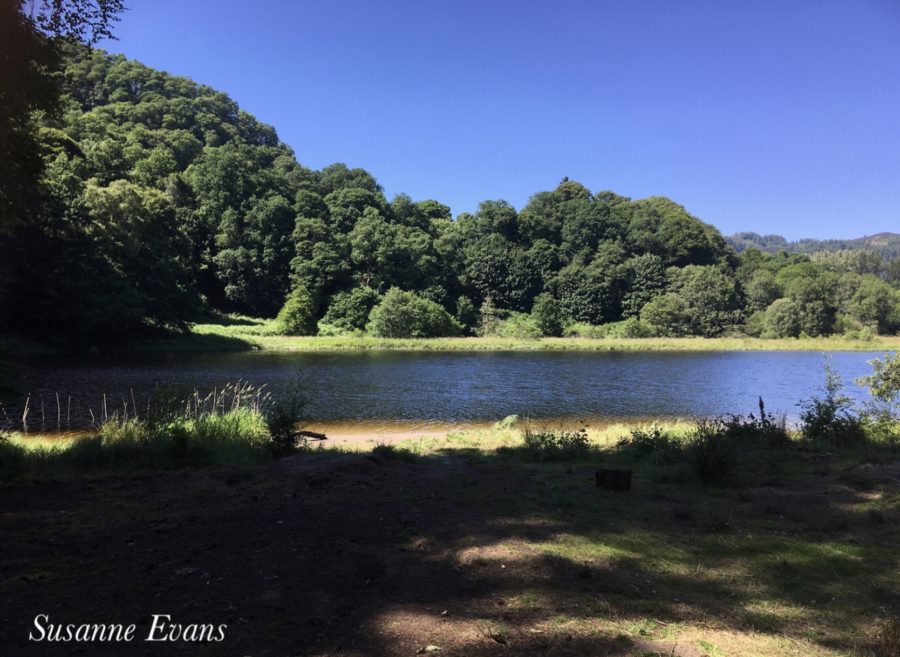 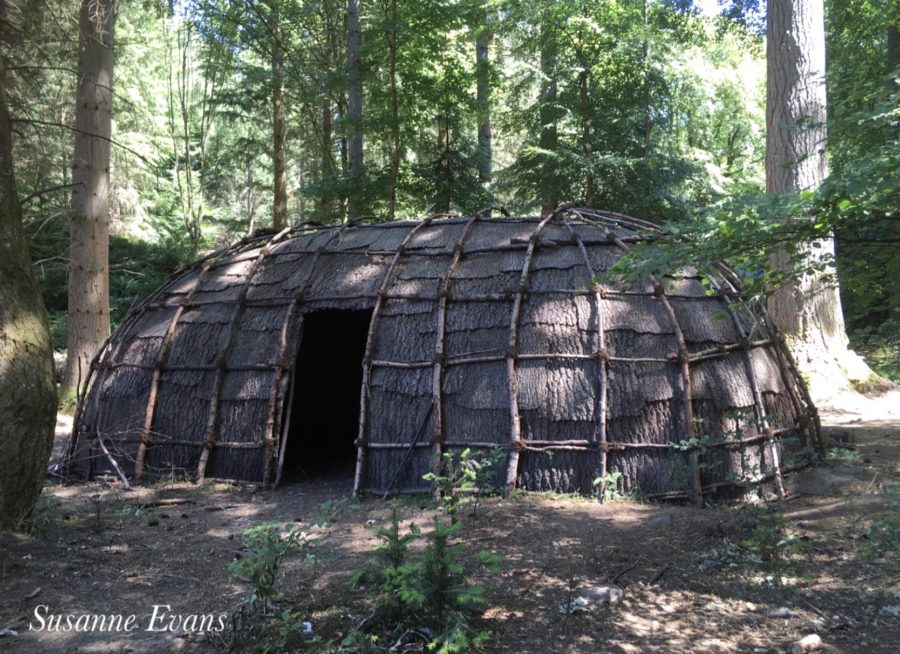 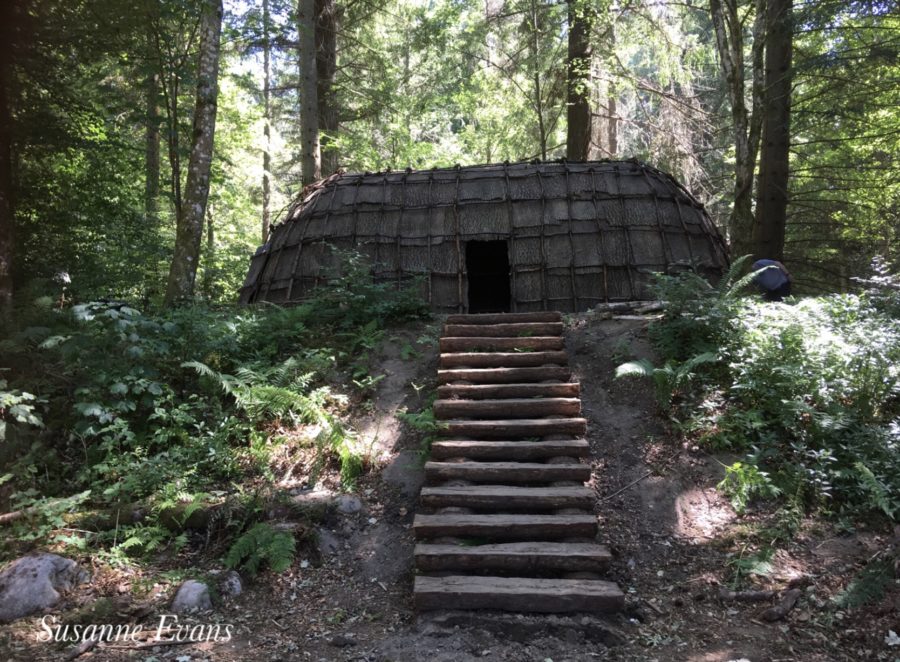 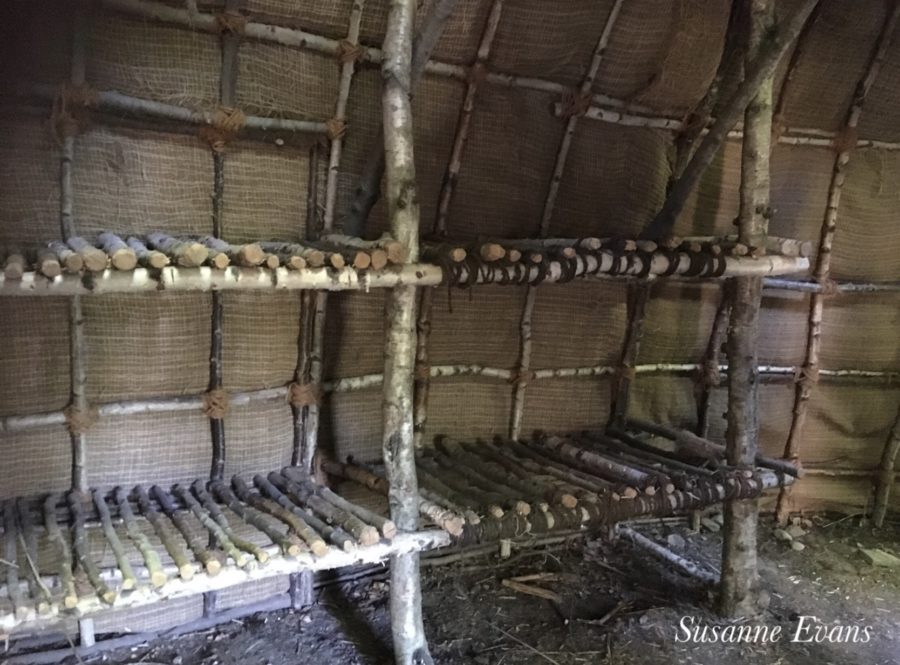 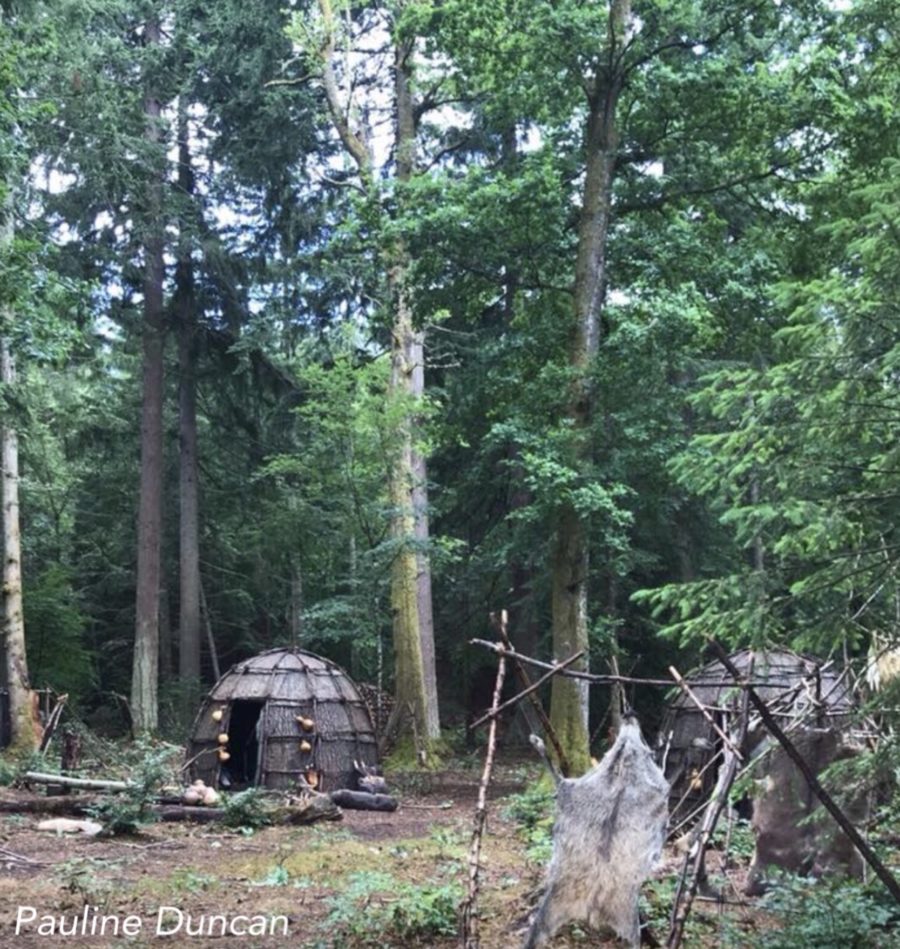 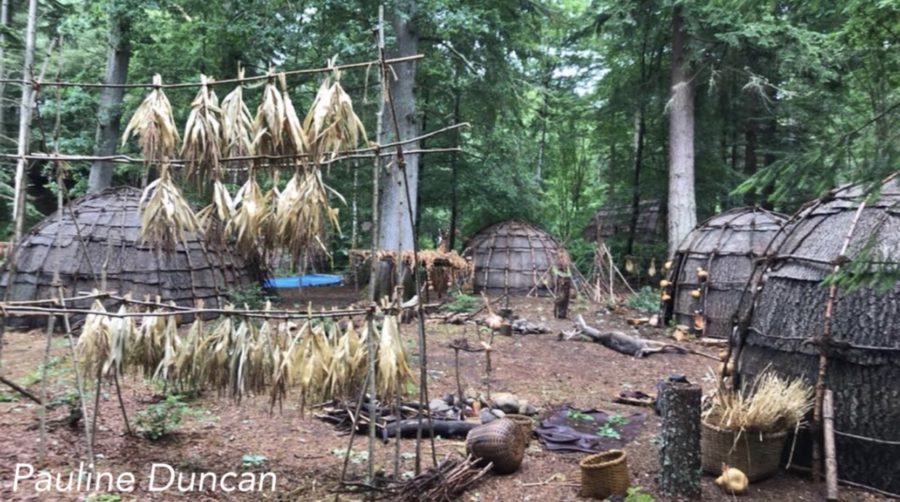 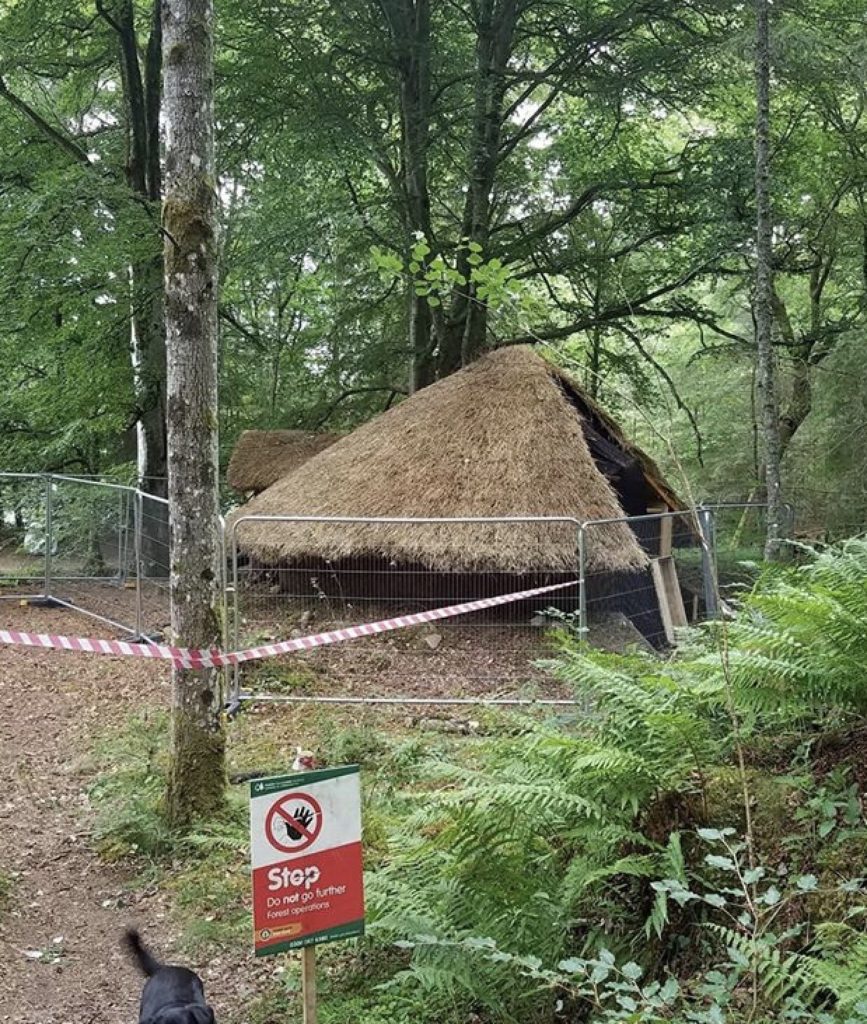 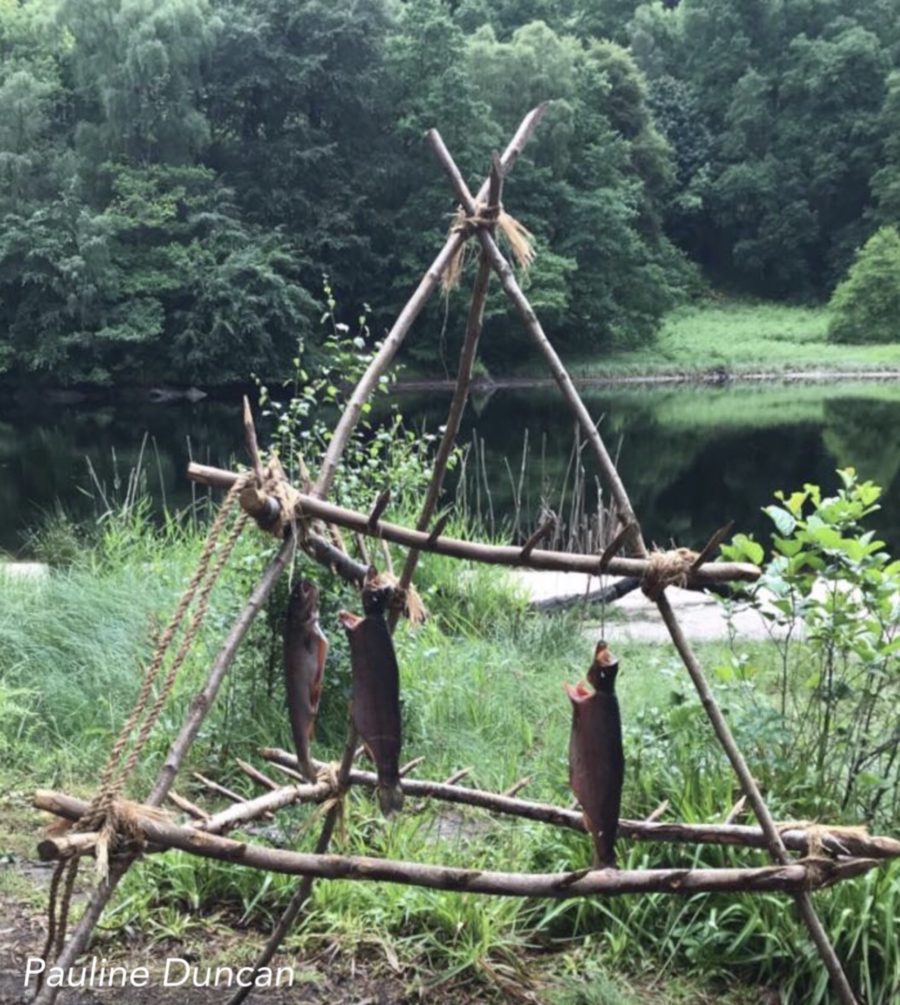 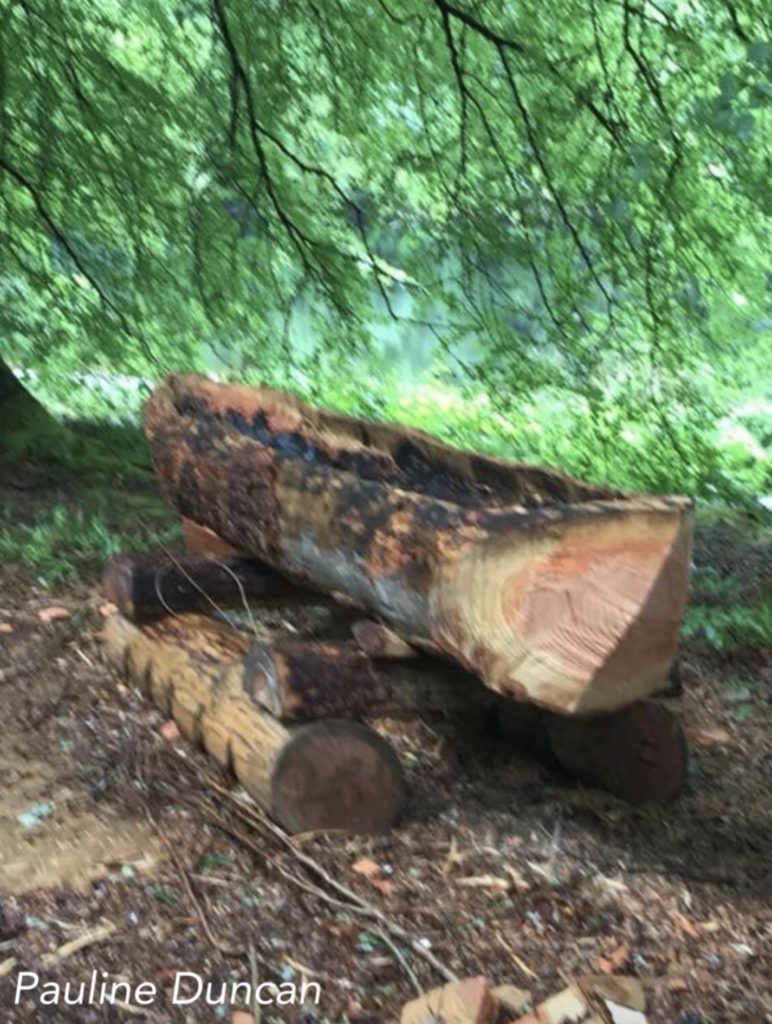 Have these guys thought of a theme park? Surely “Outlander World” would draw some big crowds?

At this point who can predict what will happen in the last episode? Even for book readers its tricky to know how they are going to close the show. We’ve heard it will be some kind of cliff hanger so we will wait patiently for “Man of Worth.” See you then.

Thanks to my contributors this week: Matthew Fairley, Susanne Evans and Pauline Duncan.