Want to know what happened at the 92nd Street Y Outlander panel to promote Outlander Season 5? Our bloggers were there and they’re here to share.

Obsessenachs, what happens in New York City may have to stay in NYC, but no FOMO necessary. The three OutlanderCast writers who attended the February 11 92nd Street Y Outlander panel and Season 5 Episode 1 screening have some deets to share. Angela Hickey, Lindley Key and Karen Rutledge give us their unique takes on the evening.

What a fantastic experience at the 92nd Street Y Outlander panel and screening Outlander Season 5. Here are my top 12 overall observations of the night.

It amazes me at each event I go to just how vast the Outlander fandom is. Every seat in the 900+ house was filled with women (and even a few men) who were eager to celebrate the end of the Droughtlander, as well as be in the presence of the creators and artists who give life to their favorite characters. You had enthusiastic Peakers, long-time fans of both the books and the show, even some new fans who came across the event and got lucky obtaining tickets. Some were loyal local Sassenachs, including two wonderful ladies, Alexa and Jessica, whom I had met at the Happy Sad Confused event the week prior. Others had travelled from all across the States, as well as across the globe to come to the screening. Serendipity must have been in charge of seating, because I sat right next to the lovely Dawn Marie, someone I had only known through the Instagram Outlander community, whose sweet nature was just as evident there as it was in person. But no matter who they were or where they had come from, every fan there was in for a truly amazing installment of the thing that brought them all together. 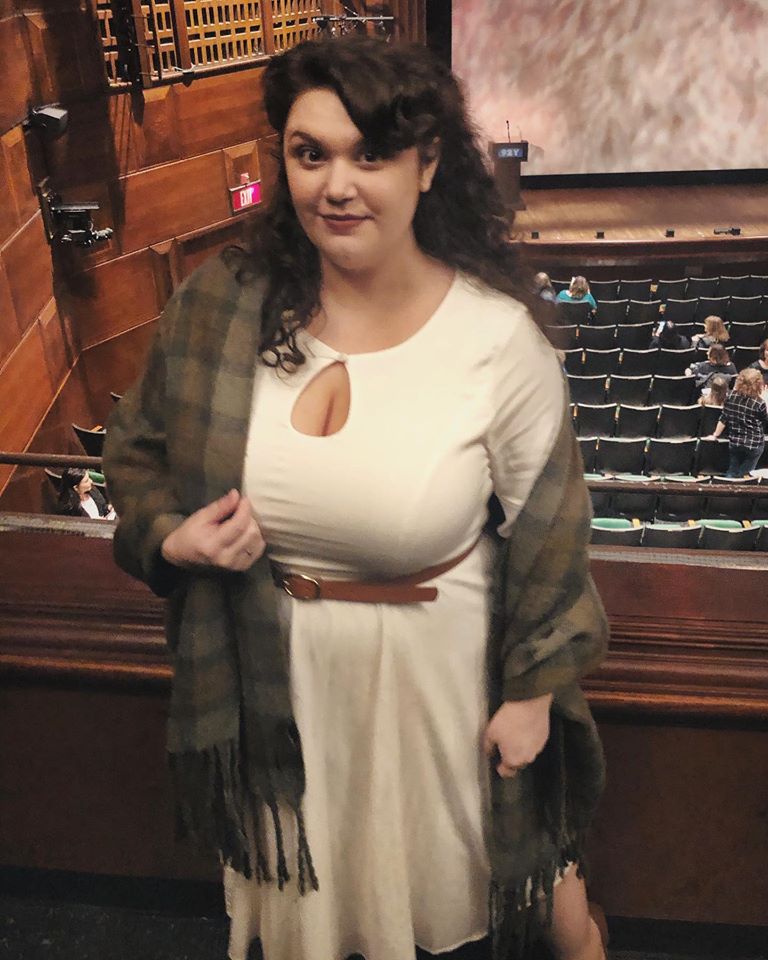 As many of us have gathered by now, the main focus of Outlander Season 5 episode one is a wedding. A certain matrimonial tradition can clearly be found within its plot, as well as beneath its surface: something old, something new, something borrowed, something blue. Something new comes in the form of seeing characters separated by time and distance brought together on screen for the first time. Blue represents something more in the sense of tone than hue. Despite the joyous occasion, there remains a feeling of dread for foreboding events, along with the realization that such happiness tends not to last very long with the Frasers. This first episode of Outlander Season 5 also reminds us all where Claire and Jamie’s journey began. Something borrowed comes from the many call-backs to events from Outlander Season 1. And as for something old…let’s just say something is brought back that fans have been desperately missing in their lives.

Once the episode was over, fans were treated to a Q&A with Caitriona, Sam, Sophie, Richard, and the one-and-only, Diana Gabaldon. The moderator ensured things got off to a wonderful start by, of course, fueling the panel with alcohol. After that, many of their answers to the moderator’s and fans’ questions came along with giggles, fun answers, and some close-calls on spoilers for the rest of the season. It was a joy to watch Diana and the cast have a relaxed and fun talk on Outlander Season 5, Caitriona and Sam’s new roles as producers, and what’s to come for the future of Outlander. 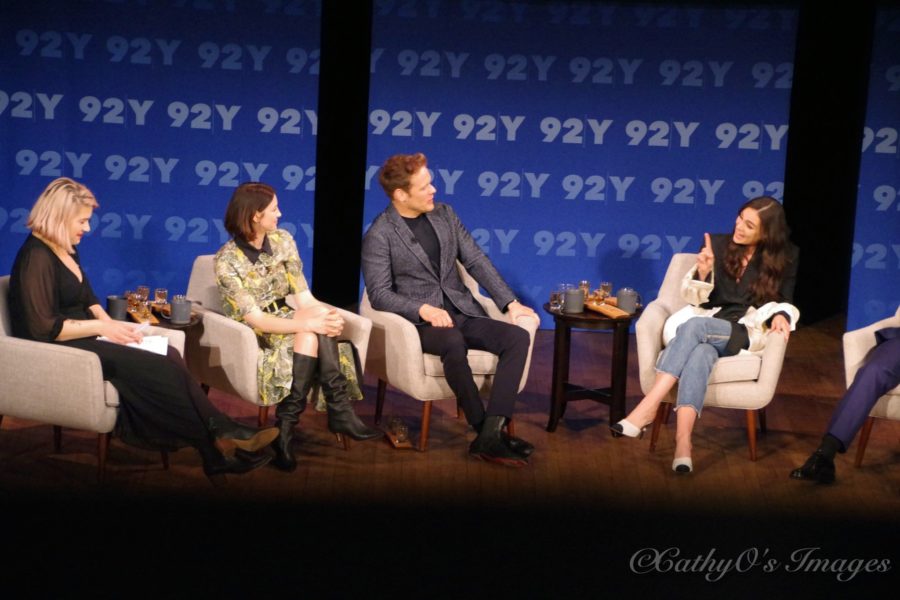 Overall, I really enjoyed the screening event at 92nd Street Y. It felt much more intimate and personal than the grand panels of New York Comic Con, as well as being a bit more organized with seats and the handling of fan questions. Apart from a few audience members talking a bit too loudly and phone-usage during the episode screening (was shocked no one was monitoring this), it was an amazing evening that I was so happy and lucky enough to experience.

The 92nd Street Y Outlander panel was absolutely amazing, well worth our 20-hour odyssey from DC that included eight hours on Megabus. With assigned seating and great acoustics, the 92Y Kaufmann Concert Hall was a charming venue, even from our balcony seats. Here’s my play-by-play.

The bus dropped us in Midtown where we grabbed a bite at brgr then headed to lower Manhattan to tour the 9/11 Memorial and Museum (highly recommend). Interestingly, King Philippe and Queen Mathilde of Belgium were also visiting, causing a mild flurry of activity. Afterwards, hubby and I headed to the 92Y in midtown, arrived at 5:30 and were directed to the third-floor café as a waiting area. There we had the pleasure of meeting fellow Obsessenach sisters Evangeline Lampadarious and Cathy Lampadarious-Outhouse. It’s always great to meet other fans and our hour wait passed in no time as we chatted all things Outlander. A very special thanks to Cathy whose photos she kindly offered for our use. 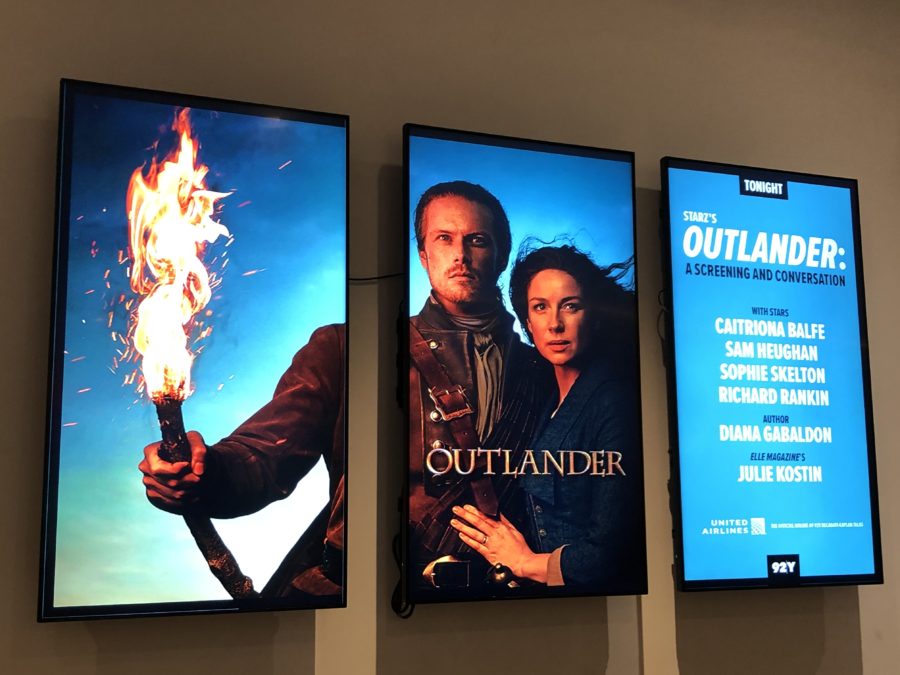 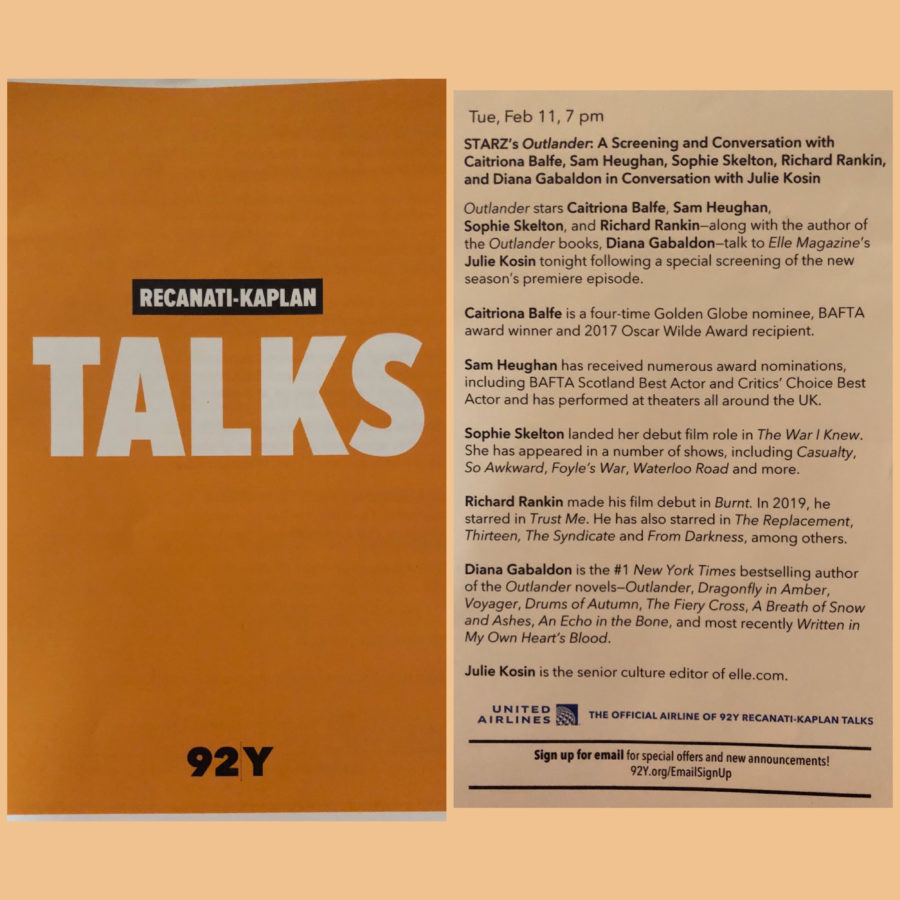 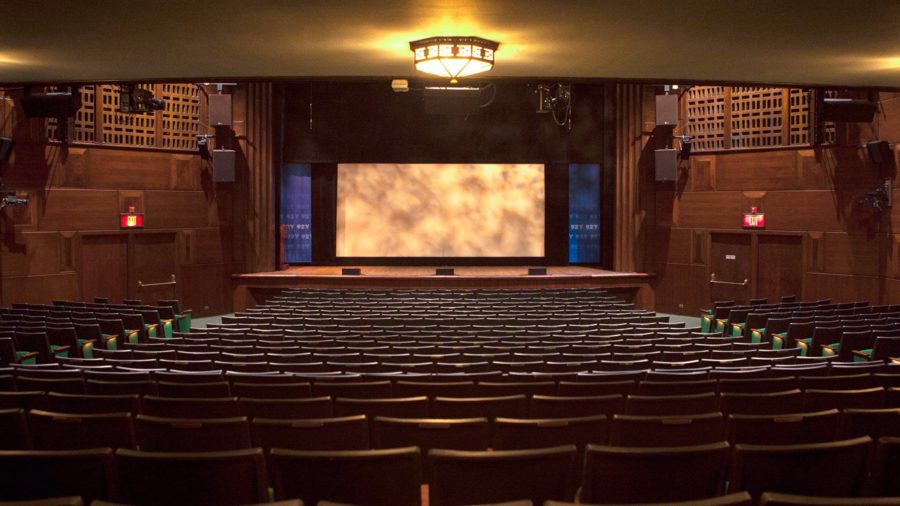 Once downstairs on the theatre level, we quickly made our way in and stopped at the bar. Wine and beer only, dang it, no liquor. Was I silly to think they might be serving a certain whisky? While in line we chatted with several others and noted many attendees wearing Outlander-related gear and costumes, everything from Sassenach Spirit scarves to a sequined black and white tartan jacket to Lindley time-traveling Claire’s white dress.

We discovered many family faces sitting near us in the balcony. Behind us were Judy Hockenbrough and Deborah Parker Shelton who I met at Wizard World New Orleans (more on that adventure and Wizard World Cleveland soon). I also met the lovely lady sitting behind them, Yvonne, who originally mistook me for someone she knew. 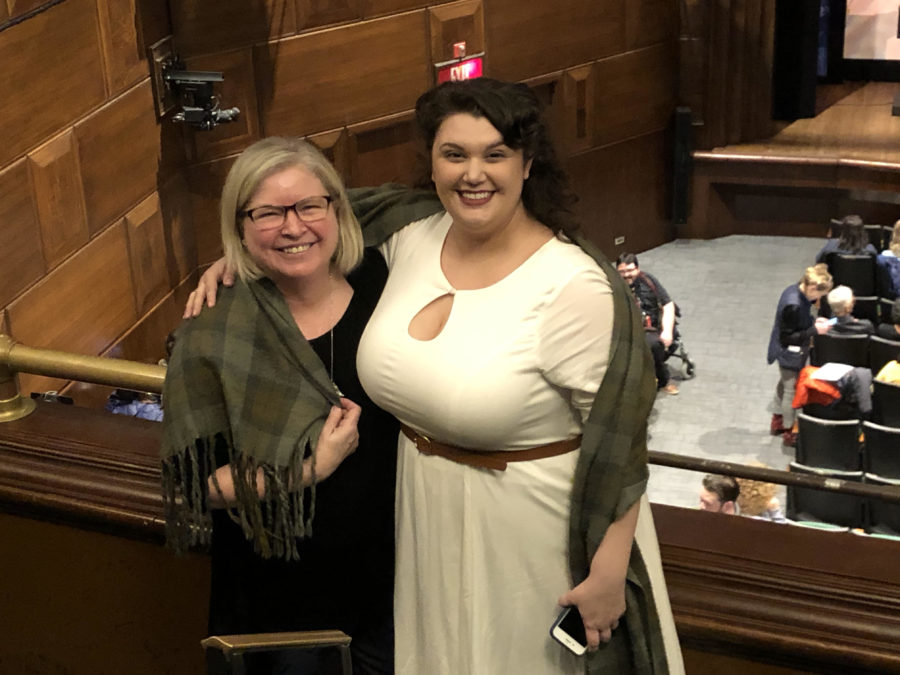 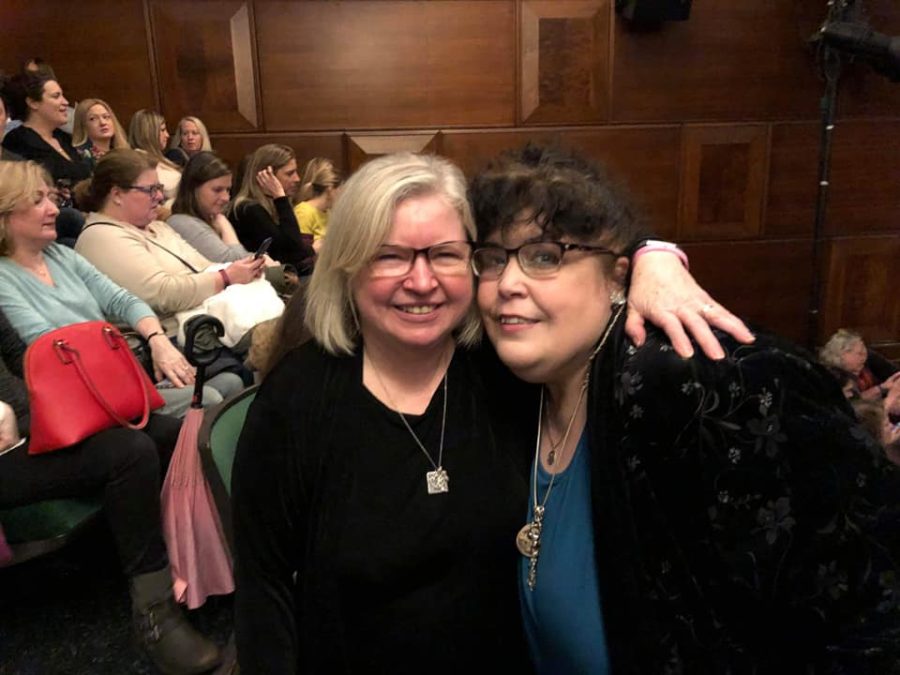 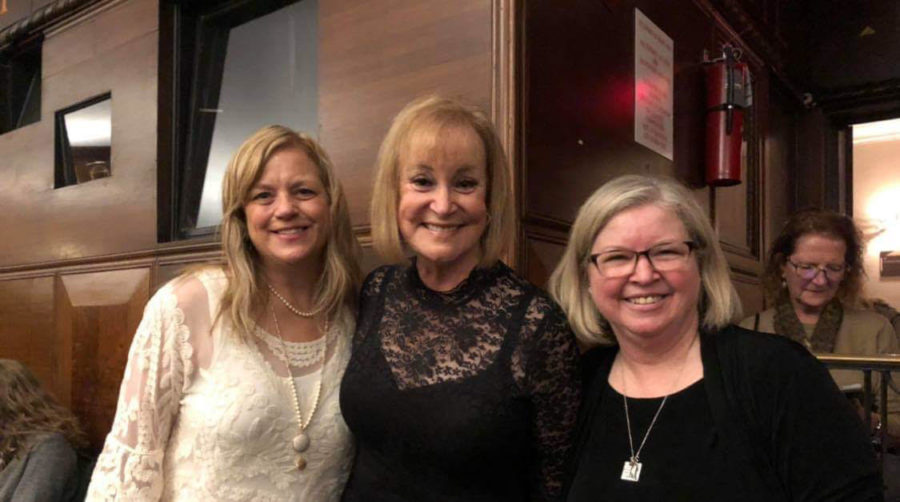 And So, It Begins

The lights blinked shortly after 7:00 and excited twitters filled the hall. First up, a brief introduction and swearing us to secrecy.

First order of business was what spurred me to buy the tickets and made the bus ride bearable: the airing of Outlander Season 5 Episode 1. WOW, just WOW! It was a fiery episode!! To honor my oath, I’ll share my impressions rather than specifics.

Then, the highlight of the evening for some: the Outlander cast panel. 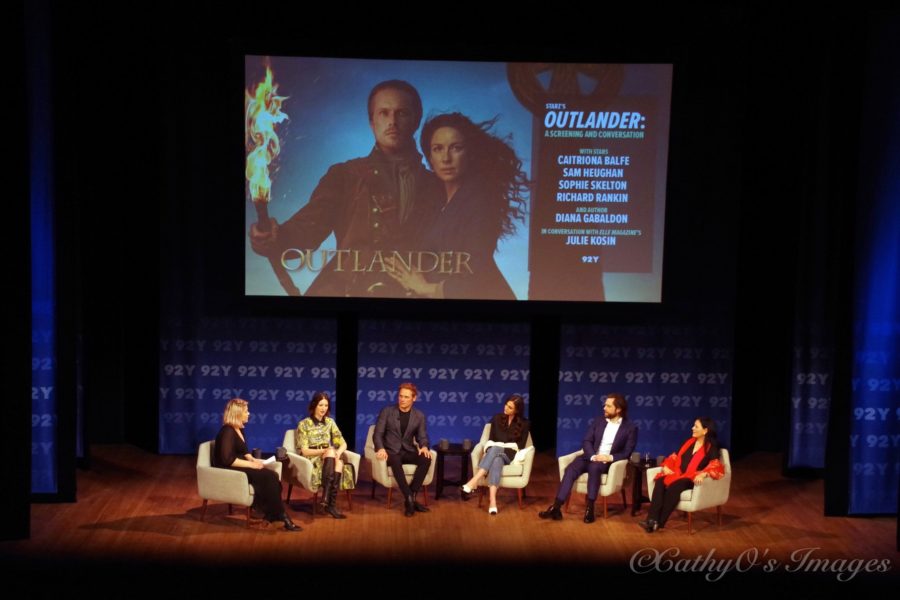 They were joined by the event host, Elle senior culture editor Julie Kosin. Again, without spoilers, here are my key takeaways. 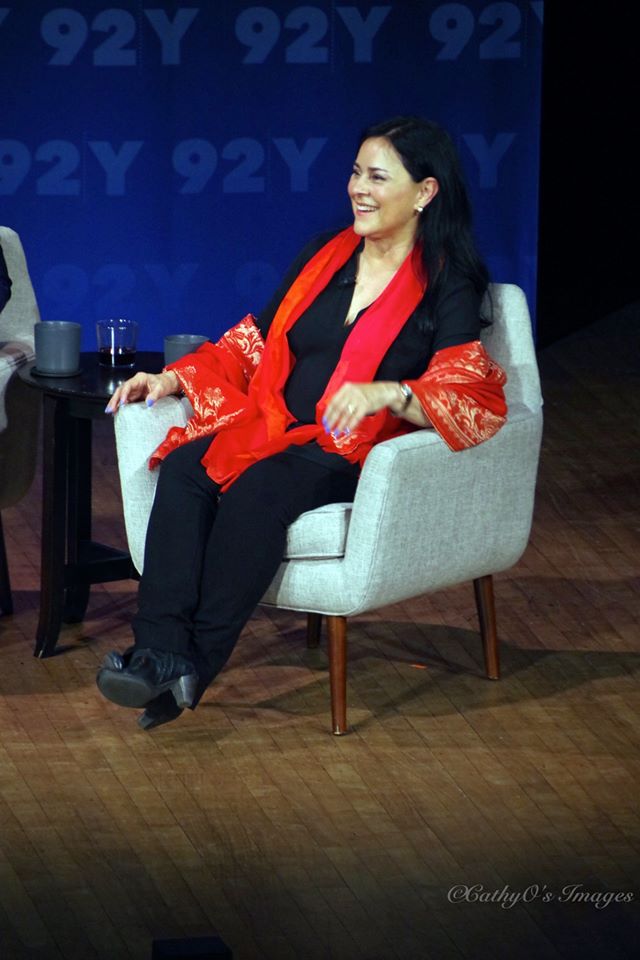 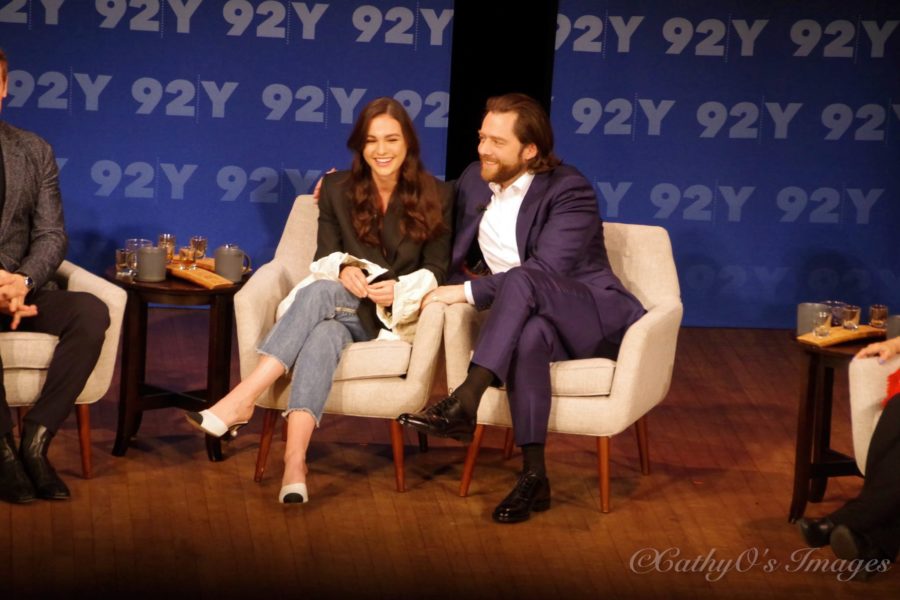 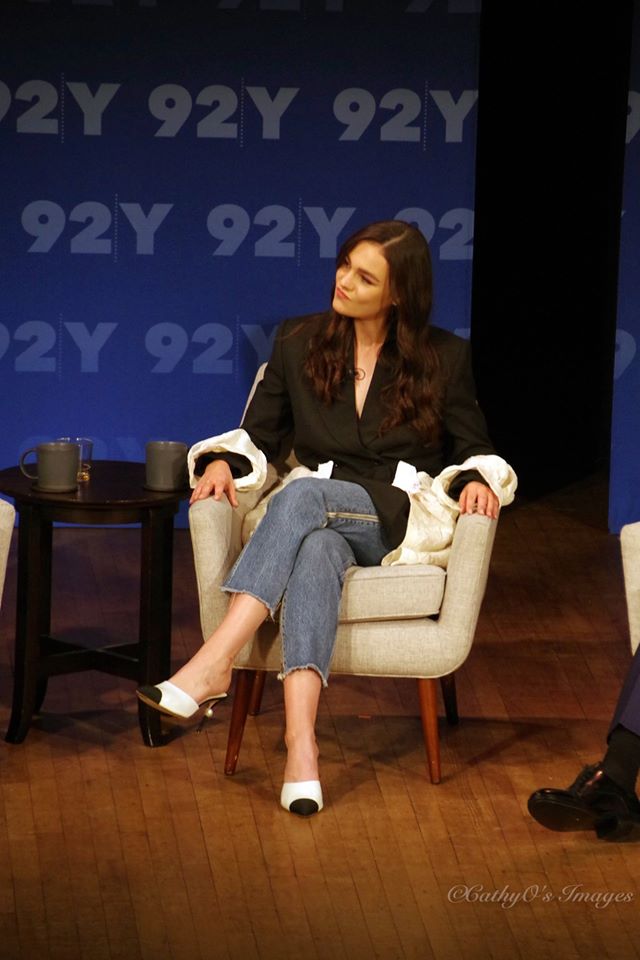 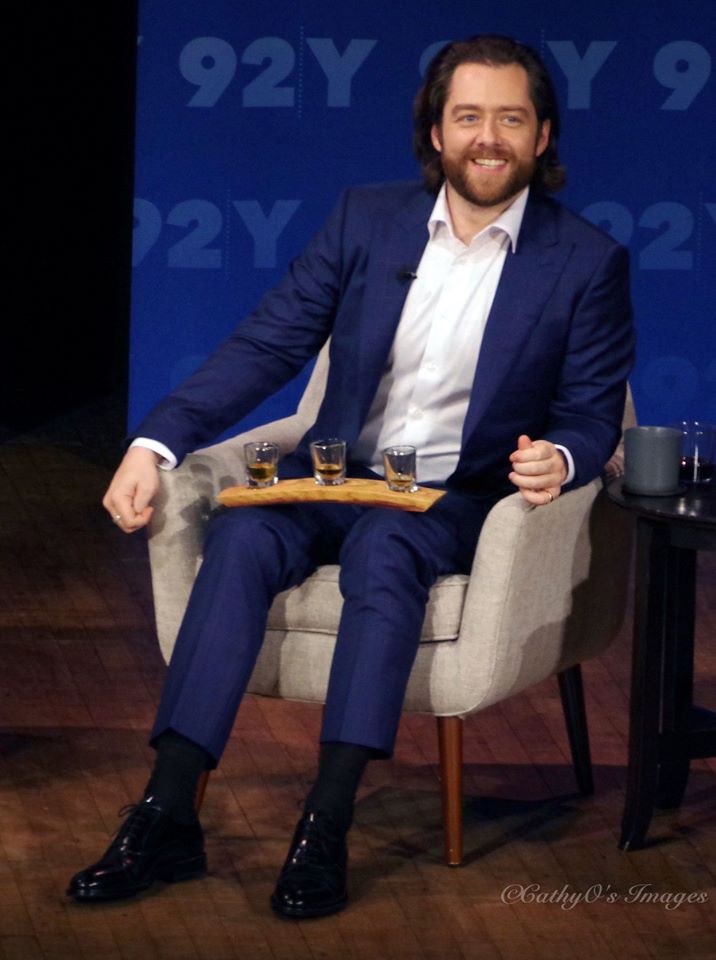 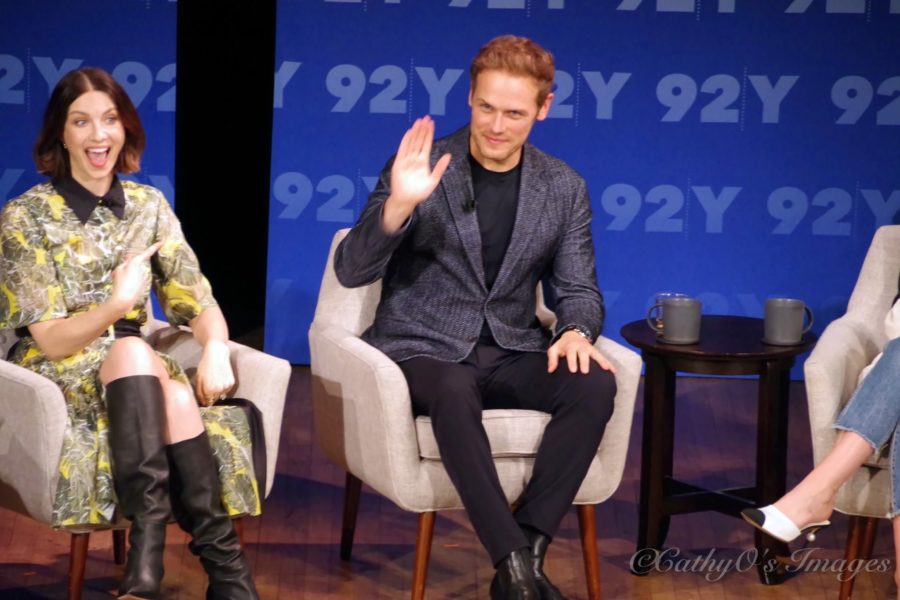 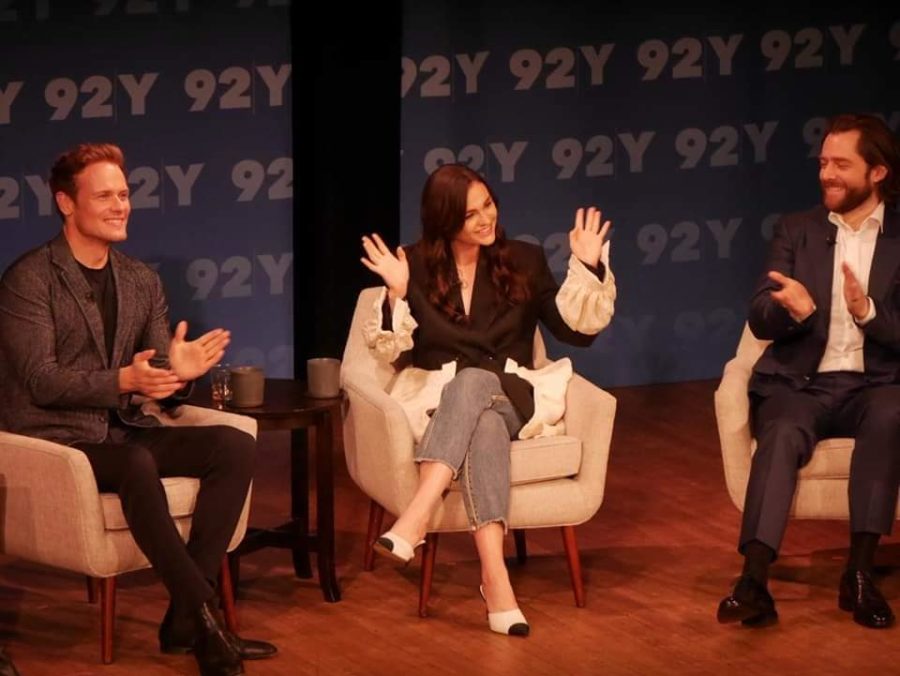 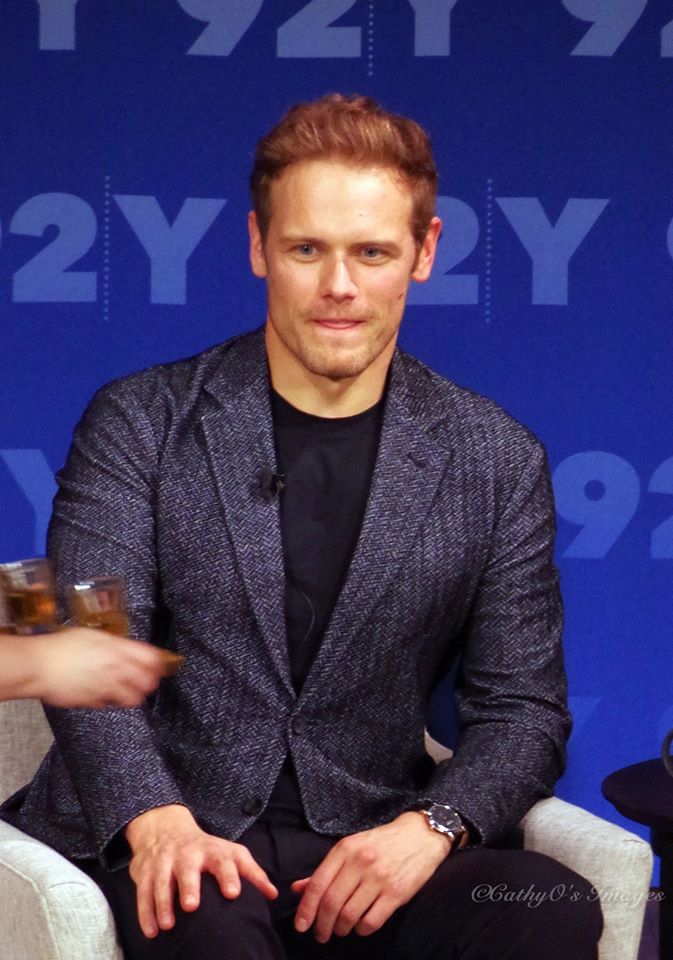