Oh, Frank – My Complicated Journey of Feelings About Frank Randall

This is a disclaimer that may help shed light for some on why I’m writing this and why I may have these feelings. I was about half way through Voyager when a lot of the things I talk about below took place. Yeah, you book readers know what I’m thinking about…so, let’s get started.

I have a very complicated relationship with Frank Randall as a character. After watching the first season, it’s hard to deny, Ron D. Moore (RDM) made Frank a far more interesting character than he ever was in the book series (no offense intended towards Diana or how she wrote Frank). However, that doesn’t sway the primarily negative opinion I have of one Frank Wolverton Randall.

I started reading the Outlander book series after I had already seen the first episode of the television series. STARZ released the first episode, Sassenach, online earlier than the official premiere date and I jumped on that faster than a fat kid and free candy. Not going to lie, I really didn’t mind Frank. Honestly, he didn’t seem that bad to me. He appeared to be quite a doting husband and I was all for that. Then my family and I took a 14 hour car ride to Toronto in August of last summer and I took that time to finally start reading Outlander. Now you may be thinking, “Okay Erin, get to the point.” Well, that is my point. I started reading Outlander. The Frank I watched on screen was not the same Frank I read in Outlander. Maybe it was because the books are from Claire’s point of view and once she goes through the stones, we really don’t hear much about Frank anymore, or maybe it’s because Tobias Menzies is just an amazingly talented actor and makes even the most mundane characters interesting. I didn’t know. What I did know, there were definitely differences between book-Frank and show-Frank…and I didn’t mind.

What I did mind, however, was the fact that in the show, it seemed that Claire’s sole reason for wanting to return to her own time in the 1940s was so she could return to Frank. That didn’t jive with me because, well, Frank was boring. No, I should really say, book-Frank was boring. Show-Frank was okay, book-Frank was extremely boring. All he cared about was researching his family history. He was supposed to be on a sort of second honeymoon with is wife because they had both just been reunited after being apart for five years due to WWII! That’s a big deal! Who cares about family history when you and your wife both survived WWII?! These two Frank’s I had in my head just didn’t mesh. 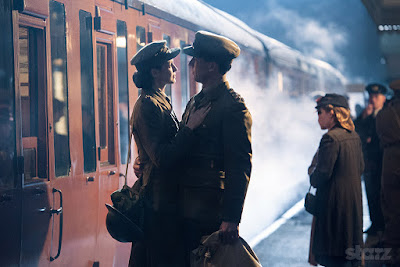 But as I stated before, I really didn’t mind the differences I saw in show-Frank. I actually enjoyed the differences. The show was giving more depth to a character we really didn’t learn too much about…besides the fact that he has a particularly nasty ancestor. I was quite content to enjoy show-Frank for all he had to give, which was actually few and far between. To be fair, there really wasn’t that much show-Frank. I can’t really complain too much.

What really started to get my blood boiling and actually started this whole Frank debate in my head were people’s reactions after The Wedding aired. In my opinion, The Wedding was one of the most amazing and sensual episodes I have ever seen on television and I’m sure many people would agree. We were shown two characters who were, quite literally, from two different worlds start to grow and understand each other; We witnessed them falling in love, which is why I’m still dumbfounded when I think about the reactions I saw from people about that episode.

As I normally do after an episode airs, I would scroll through the Outlander tag on Tumblr just to see people’s different opinions, maybe see some edits or gifs people had made already. I enjoyed it. I check the tags for a lot of various television shows I watch. What I was not expecting was the onslaught of criticism Claire was getting for her decision (although she didn’t really have much of a decision) to marry Jamie. People were berating and belittling her and I was shocked. Granted, this was a small handful of people on Tumblr, but I was still shocked anyone could have felt that way. At this point, after watching the entire season unfold, I’m sure those people’s opinions have changed, but it got a ball rolling for me and it hasn’t stopped, especially considering what happens in later books. 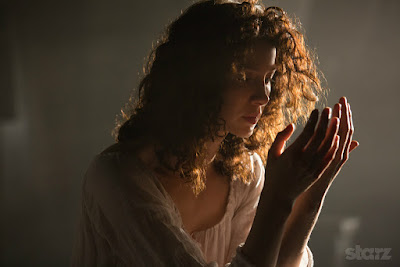 I saw people posting things along the lines of, “Claire is betraying Frank,” or “Claire is cheating on Frank.” Basically just many variations of those two sentiments. RDM had even touched on Claire’s feelings about that topic in The Wedding, which were along those lines, as well. She contemplates what her marriage and her feelings for Jamie actually mean. What kind of person does it make her? Not a bad one, I can tell you that.

This is when the two Frank’s I had in my head, book-Frank and show-Frank, started to become one. I started to get angry and the Frank’s started to become one because my anger was directed towards him, Frank Randall, as a whole. While people were blaming Claire, I was blaming Frank because I didn’t understand. We barely saw anything of Frank in the show. And in the book, we didn’t get much more. Why does a character we barely know warrant such loyalty? I didn’t understand, so I got frustrated and defensive.

Claire had to marry Jamie. It was for protection against BJR. It’s not like she had a choice. And yes, she does start to develop feelings for him, but come on, who wouldn’t?! After being thrust into an unfamiliar world and having to survive when you don’t have any idea what’s going on, I’d start to develop feelings for the only man who actually seemed like a decent human being, too. And he was trying to help and protect her. Developing feelings, even a modicum of fondness, would be natural. I was lost at how people could blame Claire in this situation, completely lost. Plus, Claire and Frank are separated by 200 years and Claire has no idea if she can even get back to her own time. I’d hardly call that cheating. 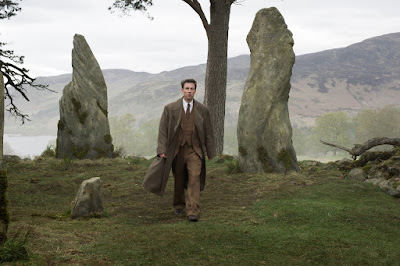 And then episode eight happened, Both Sides Now. As a whole, I really enjoyed episode eight. If I’m going to point out the details, well, there were also a lot of things I didn’t like. This is when I talk about why the ‘Claire’s sole reason for wanting to return to her own time in the 1940s was so she could return to Frank’ actually bothered me so much, and it wasn’t just because Frank is boring. It’s because Claire just wouldn’t have done that…and she didn’t do that in the books.

Claire went back in time, something that should be impossible, but she did it. I would not be okay. I don’t know about you, but I would be freaking out. Claire is a very level-headed, intelligent and pragmatic person, though. She evaluates her situation pretty quickly and figures out what she needs to do to survive, aka get the hell out of dodge. She needs to find her way back to the stones and return to her own time so she doesn’t die, a pretty basic survival instinct. In episode two, Claire even says herself, “So far, I had been assaulted, threatened, kidnapped, and nearly raped.” The Scottish Highlands in 1743 was a dangerous place and Claire was well aware of that. In the books, even with Jamie there to protect her, she still wanted to get back to the stones to return home because she travelled back in time! Something that is not natural! Who cares about my husband right now because holy crap I travelled back in time! I shouldn’t be here.

That’s why, towards the end of episode eight, the running-towards-the-stones-screaming-Frank bothered the crap out of me. It was so out of character, in my opinion. I could have brushed off all the other instances throughout the series of Claire proclaiming how she had to get back to Frank, but that stones scene was ridiculous and just put me past the breaking point. At this point, I didn’t like Frank as a character and I didn’t think the emphasis on Claire wanting to return to Frank was necessary.

There’s actually quite a few more reasons why I have a strong opposition towards Frank Randall, but as I’m trying to stay spoiler free, I will not divulge. I will save that for another post…another post I will hopefully be able to make by the end of season two 😉 All I will say is, Frank does some pretty crappy stuff and treats Claire pretty poorly. If you want to know what happened, definitely read the books. And then maybe you’ll come back to this post and read it from a new perspective.

I will end with this: one important thing to know about me, I become attached to characters very easily. When the best thing I can say about a character is that I didn’t mind them, well, that’s not really good. But when an author and a show writer can change my opinion, change my once indifferent view to something with true feeling, then that’s what I call great writing. So, good on Diana and Ron for making me feel something real about Frank, whether that was the intended reaction or not.

Do I sound completely unfair in my opinion of Frank or can you see where I’m coming from? What are your opinions of Frank?