The State of Medicine in the World of Outlander


The world of Diana Gabaldon’s Outlander series is a rich one, encompassing deep emotional dynamics, issues of morality and justice, myth and religion, community and politics. Given Clarie’s profession as a nurse/healer, I will be exploring what the world of medicine was like at that time. Claire, as the outlander, was thrown into a world which was more closely linked to an older and, quite bluntly, more primitive practice of medicine. Yet, within 50 years, the beginnings of a medical enlightenment were to emerge. This will be an overview of what healthcare was like in Claire and Jamie’s world.

What was the state of 18th Century medicine when our Sassenach finds herself the new healer at Castle Leoch? The technological, cultural and socioeconomic transformations of Europe and the Americas, which would later be referred to as the Industrial Revolution, was less then 50 years away. Concurrent with these changes, medicine was gradually transforming itself. From theories and practices that dated as far back as ancient Greece, innovative and forward thinking men would introduce ideas that layed the foundations of modern medical practice. Many of these medical mavericks were trained in the medical colleges of Edinburgh and Glasgow.

Up until that time, the practice of medicine was based on the Hellenistic philosophy relating all things to Universal laws which explains how the world functions. As long as those laws are obeyed the world is in balance and harmony. Historical evidence suggests that these ideas/practices date as far back as ancient Egypt. The re-known Greek physician/philosopher,Galen(130-200 AD) formulated the physiological theory and anatomic observations that would form the basis of medical practice for well over 1000 years. It was based on Hippocrates’ theory of humorism and would continue to be taught to medical students even into the 18th century.

Humorism elaborates that there are 4 primary humors that flow in the human body: blood/sanguine, phelgm/phlegma, black bile/melas khole, and yellow bile/khole. Health is maintained as long as all four humors are in balance. Illness ensued when deficiencies or excesses in one or more of these substances occurred and so, the basis of any remedy relied on restoration of humoral balance. The mainstay of treatment usually involved phlebotomy or more commonly known as bloodletting. These therapeutic bleeds involved a whole “science” of knowing which specific vein to chose in order to restore the harmony of a specific organ. The typical result further weakened an already malnourished, dehydrated patient. Accidental arterial incisions with uncontrolled bleeding or infection due to lack of antiseptic technique often hastened their demise. In addition, purges, emetics and vesiculations (creating blisters) were utilized, in conjunction with herbal remedies which were an essential component to the healer’s arsenal. 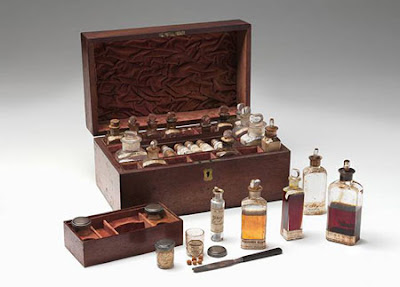 Although the roots of change were already evident, the old ways of treatment were still prevalent. Medical practice was as yet not regulated in any fashion. In fact, it was not until 1726, that a medical faculty was established at the University of Edinburgh. The cities were magnets for quacks of varying levels of education and skill. They were, essentially, amazing salesmen whose primary goal was to sell the various oils, balms and potions under the guise of cure and remedy. Staging performances like juggling, dances, and plays, for the general population, the free entertainment instilled a false confidence in the shaman’s healing arts. While, up in the Highlands, hereditary physicians like the Beatons were tied to the clan chiefs. 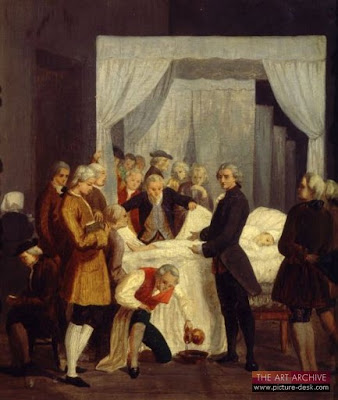 As Claire is introduced to our beloved Mrs. Fitz, she is asked “Are ye a charmer, then? A Beaton?” Who were they? The concept of hereditary physicians attached to a noble family/clan has its origin in Ireland. These educated men, many of whom were trained in European medical schools in the classic tradition of Galen, incorporated their Celtic folk remedies whose efficacy they verified by personal observations. By attachment to a clan chief, these early physicians established a profession passed on from father to son– a dynasty of healers. Within the clan hierarchy, their prestige was only second after the bard. Many, though not all had formal medical education in European medical schools, but all apprenticed under the more experienced physicians in their clan. Gaelic translations of ancient medical texts provided access to galenic medicine.

In Scotland, a branch of MacLeans in Skye were healers to Clan MacDonald of Sleat. However, the most well-known medical clan was the Beatons. Beaton is actually English for MacBeth ( no relation to the other famous MacBeth). Their arrival to Scotland is traced to around the 1300s, starting in Islay spreading to the rest of the isles and the mainland. They were in service to the MacDonalds of Skye, Clanranald of South Uist and to the Lords of the Isles. From the time of Robert the Bruce in the 14th century, every Scottish king was served by a Beaton. Unlike England and Europe, where the physicians diagnosed internal problems and the barber-surgeons performed invasive procedures, Celtic physicians combined both medical and surgical skills. An old Gaelic saying reflects this dual accomplishment:

With the demise of the clan system and the emergence of formalized medical education centered in the Lowlands, dynastic physicians became obsolete.

Care of the common folk was a different story. In addition to itinerant quacks offering their remedies, illness was treated and cared for by family members in consultation with a wise woman/healer. These herbal based remedies often in combination with charms and incantations were transmitted orally from healer to apprentice healer. Healing places were still thought to be effective for a variety of afflictions. For example, Loch Siant Well was the place to go if you suffered migraines. Another well in the village of Munlochy, was thought to cure an ill child if you left him there overnight (sounds familiar? fairy hill, episode 110 , “By The Pricking of My Thumbs”)

So in summary, this was the world of healing which Claire fell into: faith healing based on folklore and religious belief, medical theories based on unsupported scientific research, and a herbology whose efficacy was based partially on trial and error but often on subjective beliefs. Despite all that, Claire decided to remain…can’t say I blame her.

Do you think Claire did the right thing in staying?