Hosts Mary and Blake discuss all things Outlander with Showrunner, Ronald D. Moore.  In this episode you’ll learn all about how Ron came into writing, what exactly a “showrunner” is and does, the biggest challenges of season 1, Ron’s unique relationship with Ira Stephen Behr, Ron’s rebuttal to those who thought the show went “too far,” the hardest episode to break, Blake geeking out over Star Trek, the process of choosing his team members, post production of Outlander, what Ron looks forward to in season 2, comparing Outlander fandom to Star Trek and BSG fans, whether or not Ron is team Jamie, or team Frank and much more!. 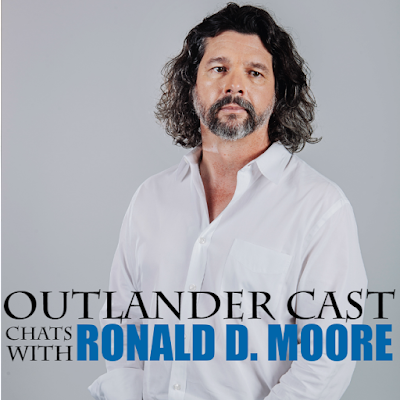 Want to help us create more podcasts? Take a look at our our Patreon page!
Like what we do? Please leave a rating or a review on iTunes!