Wonder, Disappearances, and Time Travel: Seeing Myself in Outlander

Email
Written By: John Bucher
In the opening moments of Outlander’s pilot episode, Claire states, “People disappear all the time. Mostly there’s an explanation. Mostly.” This mysterious statement welcomes us to a world that will defy explanations and reinforce the hidden truths of folktales.

Throughout history, there have been mysterious appearances, disappearances, and passages through time of individuals that seem to defy reason. Could Claire’s journey ever really happen? Will we ever see a day that passage through the space-time continuum is actually feasible? Is it possible that some have already managed to sneak through it? Are there occurrences we just don’t have good reason to support?

But back to that thin veil between our world and the other.  In this world, the ceremonies of the Druids still have meaning and the veil between this world and the next is thin, especially on Samhain (pronounced in the original Gaelic as SAH-win on the show). For those unaware, this is the Celtic festival that begins at sunset on October 31 and runs through sunset on November 1, marking the end of the harvest season and the beginning of winter or the “darker half” of the year. It also begins the Celtic New Year. 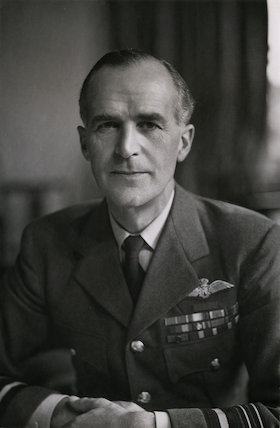 The British Isles has long been the scene for stories of these possibilities. Sir Victor Goddard, a wing commander of the British Royal Air Force, flew his open-cockpit biplane from Scotland to England in 1935 for a weekend holiday. Early into his trip, he passed over Drem Airfield near Edinburgh.

Built during the First World War, the hangars and tarmac had fallen into disrepair and become a grazing area for cattle. The next day while Goddard flew over the airfield on his trip home, he passed through a terrible storm that caused his plane to spiral toward the ground. He recovered just moments before crashing. He was able to guide the plane back into the atmosphere while noticing an odd change had occurred below him at Drem Airfield. The cattle had disappeared and the airfield looked brand new. At the end of the tarmac stood four yellow aircrafts. They were surrounded by mechanics in blue overalls. Goddard took notice of this detail since RAF mechanics only ever wore brown. Goddard died in 1987, still swearing that he had somehow traveled back in time.

Claire’s transport occurs at Craigh Na Dun, a circle of runes said to have been carried from Africa by a race of Celtic giants. While Craigh Na Dun is fictional, stories of Celtic giants are often mentioned in Breton and Arthurian romances. Most ancient cultures tell tales of extremely large men and woman who roamed their land.

In a small Scottish village called Kinloch Rannoch, a hillside appears to be the head, torso, and shoulders of a man. It’s called “the sleeping giant.” The local myth claims that the giant will awaken if a specific musical instrument is played near the hill.

Not far away in the village of Woolpit, in Suffolk, England, there is a story of two children who appeared in the village in the 12th century. The children, a brother and a sister, had bright green skin, spoke an unknown language, and would only eat beans. They eventually learned to eat other foods and lost their green color. The boy became sick and died shortly after being baptized. The girl adjusted to life, though she was known as “rather loose and wanton in her conduct.” After learning to speak English, she told the villagers that she and her brother had come from St. Martin’s Land, an underground world inhabited by green people. There remains a depiction of the children on the sign at the entrance to the village to this day. 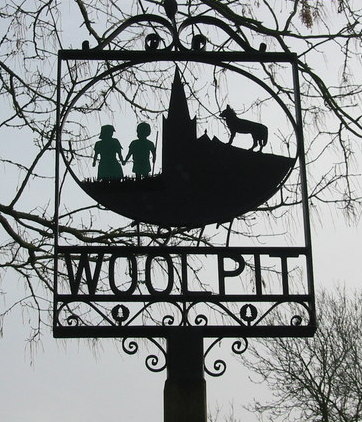 Even if none of these tales have any basis in fact, it’s worth exploring why we as people tend to tell such stories. Why are we drawn to possibilities of doors to things beyond? I know for myself, I need mystery. Life without the idea of wonder is not worth living.

If everything in the world can be explained, then what adventure is there left for us? When I saw Claire pass through those stones, I asked myself where I would go if given a choice to travel to another time. What era would suit me the way the 1740s suit Claire? I don’t always know where I best fit in the world, but I know the places I feel most at home are those where we can ask questions about who we are, where we come from, and what wonder still lies out there undiscovered.

While watching Outlander, I felt it was me who passed through those stones into another time. I passed through the glass of my television screen and found myself making decisions and observations as though I was the traveler on this journey. Jamie embodies the man I so often wish to be. Claire is making her way through a world that is often foreign, confusing, and without grace. I can deeply relate to that. I understand the security felt from being a part of a clan. Being a MacKenzie represents something we all want – family, purpose, and a home. I see myself in most of the characters living on the Highlands. Perhaps that’s what the best shows accomplish. They act as a mirror we can hold to ourselves, revealing parts of us we forget are there, but remain so critical to exactly who we are. 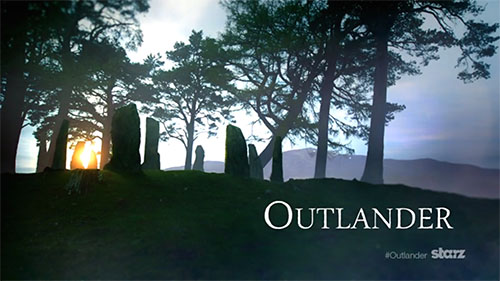 Do you think Time Travel is possible? If so, where would you go?