Don’t Give Up the Ship? Conscious Coupling Whether They Like it Or Not!

I’ve never heard of the term “Shipping” – Like. Never. Ever. – until very recently. And, when I heard it, it was in the context of our beloved Outlander characters – Sam Heughan and Caitriona Balfe. What is this Fandom obsession called “Shipping?” Why do passions ignite around this phenomenon? What is the basis for “Shipping Wars” that take place between fans? Here’s a NO JUDGMENT look at this from a Shipping neophyte just curious to understand what it’s all about…

I consider myself fairly knowledgeable when it comes to popular culture, entertainment, celebrity happenings, etc. But, I realized several months ago, I wasn’t as savvy as I thought when I started hearing the term “Shipping” as relates to Outlander and the actors that portray our dashing hero, Jamie Fraser, Sam Heughan, and plucky heroine, Claire Randall Fraser, Caitriona Balfe – because I had NO IDEA what this term meant or what was involved. How could I have missed what is, apparently, a well-known phenomenon amongst the fervent Fandoms that sprout up around popular (primarily) television series???

So, I set off to discover for myself what it was all about and quickly learned that passions run deep around this issue. There are Facebook and Tumblr pages devoted to Shipping various characters. There are videos and blogs and articles devoted to this topic. There are even psychoanalysts who have delved deeply into the motivations and psychological reasons for Shipping. I won’t go that far here as my only goal is to share what I have learned and maybe provide some understanding of what and why Shipping occurs within fandoms.

Much to my surprise – especially after the William Shatner-Diana Gabaldon (and others) Twitter exchanges that recently occurred – that one of the earliest references to Shipping characters came from Star Trek and fans who shipped Kirk/Spock in the mid-1960s. That revelation threw me for a loop! Then the term really took off during the early 90s with the X-Files and those fans that believed that Scully/Mulder should be a couple on and off screen. Perhaps the most famous “Shipping” to date has been with the Harry Potter book series and subsequent movies. I was curious to discover that Harry Potter author J.K. Rowling was surprised to learn of the passionate wars at play over her characters Harry/Hermione/Ron. She was quoted saying,

“Well, you see, I’m a relative newcomer to the world of shipping, because for a long time, I didn’t go on the net and look up Harry Potter. A long time. Occasionally I had to, because there were weird news stories or something that I would have to go and check, because I was supposed to have said something I hadn’t said. I had never gone and looked at fan sites, and then one day I did and oh – my – god. Five hours later or something, I get up from the computer shaking slightly [all laugh]. ‘What is going on?’ And it was during that first mammoth session that I met the shippers, and it was a most extraordinary thing. I had no idea there was this huge underworld seething beneath me.” – San Francisco Chronicle, 8/3/2005

Shipping, initially derived from the word relationship, is the desire by fans for two people, either real-life celebrities or fictional characters, to be in a relationship, romantic or otherwise. It is considered a general term for fans’ emotional involvement with the ongoing development of a relationship. There are a wide number of terms used among fans who practice Shipping. In addition to popular terms used among shippers in general, there are other terms that only specific fandoms use, such as giving special names to the ships in question. For example, a “Sailed Ship” is a pairing that has been established as canonically true. Another common term is an “OTP”, an abbreviation of “One True Pairing”. To deem a ship OTP, one is declaring their deep emotional investment in it. 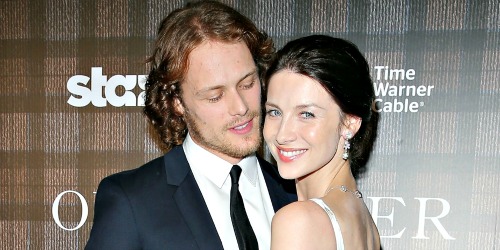 So, now this brings us to Outlander — Diana Gabaldon’s Tour-de-Force series of novels chronicling the epic love story of an 20th century woman thrust back in time and into the arms of an incredibly handsome and masculine 18th century Scottish Highlander. Enter STARZ/Sony and Ronald D. Moore and the story comes to life on the small screen. Add two amazing and other-worldly gorgeous actors with combustible chemistry, throw in some hot sex scenes and poof – you get not only an avid Shipping culture but passionate Shipping Wars to boot.

So, why a war and why the controversy?

Well, it appears that Shippers come in various flavors. Hardcore Super-Shippers are absolutely convinced that Sam and Cait are together in real-life based on “behind-the-scenes” photos and/or video footage of their off-set/off-camera behavior. Super Shippers interpret these photos of Sam/Cait embracing, looking at each other in such a way, etc. that they think logically would lead one to believe that Sam/Cait are a real life couple and won’t believe any “sources” or “proof” that may lead to another conclusion. Super-Shippers are VERY resentful of these so-called sources and/or proof denying a real life relationship. 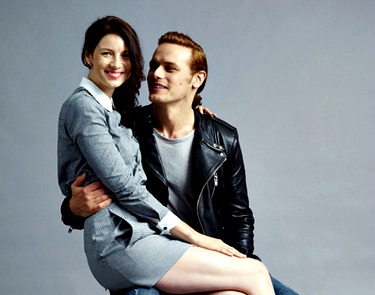 Then there are the Anti-Shippers. The sole goal of the Anti-Shippers is to prove that a real-life relationship is NOT happening and is NOT real. Anti-Shippers purport that they have “sources” confirming or proving that Sam/Cait are NOT a couple in real life. Anti-Shippers aggressively pursue social media properties of both the actors being shipped and/or their friends, families and significant others (if such others exist or purport to exist) and by this pursuit try to determine whether the couple being shipped are, in fact, with others in a romantic relationship. For example, they say they have a “source” who saw Sam Heughan with a woman who is NOT Cait on vacation, in a hotel room, on a beach, embracing, etc. In fact, some Super-Shippers, in an effort to refute the Anti-Shippers claims, will also go so far as to scour social media properties of friends, families of Sam/Cait to “prove” that Sam/Cait are together in the same city, same hotel, or whatever and that the Anti-Shippers are wrong. Hence where the “Wars” break out and can get quite intense oftentimes causing actors to shut down or limit engagement on social media properties and/or block certain followers identified as “trolling” for personal information about them.

Next, there are Non-Shippers – they just don’t care one way or the other but are not the same as Anti-Shippers. And, then finally, the Casual Shippers. Casual Shippers wish or pine or fantasize about two characters being together in real life or just WANT them to be together for various reasons. For example, “Sam and Cait are just so darn CUTE together.” Or, “Sam and Cait would make beautiful babies.” 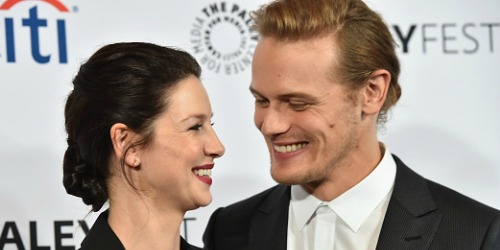 So, here’s the thing. I make no judgment about the Super-Shippers, the Anti-Shippers, and the Casual Shippers. It’s an interesting phenomenon and like so much about fiction and people’s passion for books, television, movies, perhaps Shipping in all its flavors reflects the needs or even the voids that people feel as part of the human condition. We want to lose ourselves in books, TV shows or fictional characters because we might feel our own life is lacking in passion or romance or excitement and we want to live vicariously. Or, we invest so heavily in a fictional couple and so believe their portrayal on screen that we just can’t imagine (or don’t want to imagine) that this couple can’t possibly not be in love in real life. Because, doesn’t everyone want a happy ending?

But, most importantly, and the conclusion I have drawn from my brief research, is that we shouldn’t discourage people from expressing themselves – in whatever way they choose to express themselves. People should be able to partake and engage in a particular Fandom in many ways and in any way they personally choose. Everyone has a right to their opinion. I may not personally agree with the more extreme means by which some Shippers will go to prove their point but they have a right to do it.

Now, just for fun – and because this is my Blog Post (!) – what do I believe about Sam/Cait and their relationship off-screen?? Well, purely speculative on my part and MY OPINION lacking any sort of “proof”, but I do believe in the early days of filming Outlander Season 1, Mr. Heughan was pretty taken with our gorgeous Caitriona. Sam Heughan is a naturally flirtatious and touchy-feely kind of person. I’ve known a few Scots and many are like this. In early public promotional appearances, it was clear to me that Sam had some real feelings for Cait beyond just platonic. And, as for Cait, well, she is a very confident, mature woman, who has expressed on numerous occasions that she “doesn’t date actors.” That said, Cait is a Celt herself.

The Irish are usually also very demonstrative people – flirty, touchy and let’s be real – if you had Sam Heughan giving you longing looks, caresses and frequent bear hugs plus playing hot sex scenes with nothing between you and him except an occasional modesty patch, then you’d be swooning right back, too! There may have been something there at one point – that went beyond friendship, but it fizzled after Season 1 completed filming partially because Sam realized Caitriona was “just not that into him.” Silly girl!

So, instead, they developed a very strong, trusting relationship with some serious flirting thrown in. Both Sam and Caitriona have moved on – dating others — but they remain touchy-feely and frankly, in great admiration of each other. And, thank goodness for die-hard Outlander fans and the portrayal of Jamie-Claire on-screen, there remains a very deep, primordial attraction between the two of them. I think we continue to see this play out in behind-the-scenes views we occasionally see, promotional appearances and even staged appearances/videos they do for STARZ/Sony to promote the show.

So, I for one, remain a Casual Shipper. Never say never, though. If we are lucky, Outlander on STARZ will have a long run. People change over time, go through things, mature, get influenced by other relationships and affairs of the heart and sometimes they come back to each other. So, for me, I won’t be giving up the Ship just yet! What about you?

What do you think of the Outlander Shipping phenomenon? What kind of Shipper do you consider yourself? What do you make of Shippers that take things to the extreme when it comes to social media properties of the actors involved in the Ship?