Another (Young!) Handsome Frenchman to play Louis XV in Season 2 plus a French History Lesson!

French actor Lionel Lingelser will portray his Royal Highness King Louis XV in Season 2. (No, this isn’t him. Keep reading!) Lionel isn’t quite what I pictured when I thought of the famous French Monarch! But, I suppose a wig and a lavish costume will change one’s perspective. Here’s what we know about Lionel and the famous French King he’ll play…

Lingelser is a graduate of the National Conservatory of Dramatic Arts in Paris. His professional background includes roles in mostly French short films but is set to appear in a forthcoming feature film called “Big House” where he will play opposite famous French actor Gérard Depardieu.

So…since our knowledge of young Mr. Lingelser is quite paltry (but look forward to learning more when Season 2 begins), let’s talk a little about the real Louis XV and why he could turn out to be a Royal Pain for our favorite Jacobite busting couple.

Born in 1710, young Louis became King at the tender age of 5 succeeding his great grandfather, Louis XIV. In many ways he was the accidental King, only falling into succession to the throne due to a series of family tragedies that drastically changed the direction of his life. He was an infant when his grandfather died, and he was barely a toddler when he lost both of his parents and his older brother to smallpox. So, no one left to succeed…ding, ding, ding, little boy, you’re IT!

The little squirt was actually too young to lead at 5, so the Duke of Orleans served as the “Regent King” until Louis was old enough to take the reins. Now a teenager, Louis was heavily influenced by his tutor, Andre-Hercule de Fleury, who Louis later appointed to be Chief Minister of France. This was most fortunate for France given Fleury’s influence was able to ensure a relatively stable government. Fleury’s death in 1743, however, meant the young King took on sole possession of the throne.

During his reign as King, Louis executed a series of Monopoly moves – yep just like the board game! Louis returned the Austrian Netherlands; this territory was won at the Battle of Fontenoy of 1745 but given back to Austria by the terns of the Treaty of Aix-la-Chapelle of 1748. Louis also ceded New France in North American to Spain and Great Britain at the conclusion of the Seven Years’ War in 1763. He also incorporated the territories of Lorraine and Corsica into the kingdom of France. 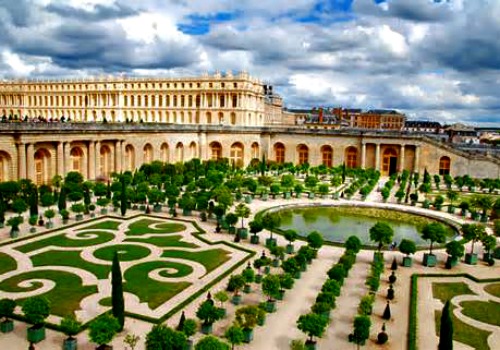 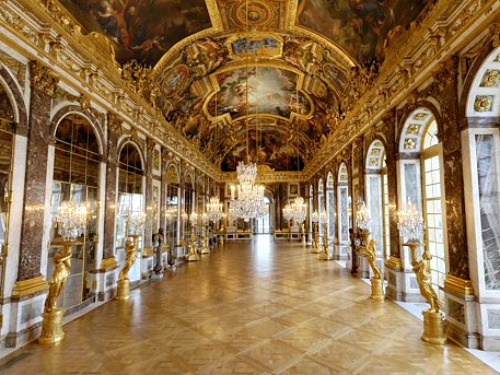 While Louis had been loved in his youth, earning the nickname “Louis le Bien-Aime” (“Louis the Well-Beloved”), he later became quite unpopular amongst his subjects for various reasons. He was despised by many due to his stubborn personality and detrimental political/foreign policy actions. This included damaging France’s foreign relations and continuously overspending, which worsened France’s financial problems. He showed intermittent interest in the duties of being King and instead, amused himself with a succession of mistresses – many of which exerted considerable influence and control over his actions as King. He relished the Court at Versailles, however. Some historians note that at any one time at Versailles during the reign of Louis XV there were 3,000 to 10,000 people hanging about drinking and eating and otherwise carrying on — all there at the whim of Louis. If you were in the King’s good graces, all was well, but the fickle King could change his mind at the drop of a chapeau and you might find yourself separated from your head in short order.

In his final years, Louis survived an assassination attempt. Stabbed in his side by a supporter of the French parliament, his wound proved minor. Such was not the case for his ailing nation. Louis died in 1774 at the age of 64 in his bedroom at Versailles, comforted by his last mistress, the Countess du Barry. 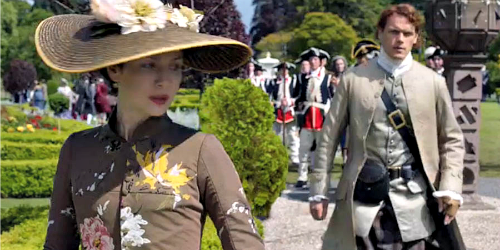 So, back to Jamie and Claire. While in France, Jamie and Claire become some-time courtiers at Versailles in order to curry favor with the King and stop the financing of Bonnie Prince Charlie’s Jacobite rebellion. Jamie gets summoned numerous times to the French court and Claire comes along as well. While there they experience the lavishness and decadence of Palace life as well as some of the King’s odd proclivities.

First off, it’s going to be most exciting to see how Outlander recreates the lavish Palace of Versailles. We’ve seen a few glimpses courtesy of Starz and it does look spectacular. Also, we’ll see Jamie and Claire try to manage the King’s indifference – he certainly wasn’t all that interested in Jamie’s cause or much of anything serious. We’ll also see Claire try to cope with a particularly sticky and compromising situation she finds herself in which involves the King. And, of course, I am looking forward to seeing how Lionel Lingelser interprets the mercurial Louis XV in Season 2 when Outlander returns to Starz in Spring 2016.

Are you looking forward to the scenes at Versailles in Season 2 or will you be missing the Scottish Highlands?