As we know, Colum MacKenzie — played by Lewis — and Dougal MacKenzie — brilliantly acted by McTavish — frequently spar over politics and their opposing views about the future of the Scottish culture and Clan MacKenzie.  The TV brothers sat down for a chat with Facebook fans while Outlander Producer, Matt Roberts, asked the questions off-camera. 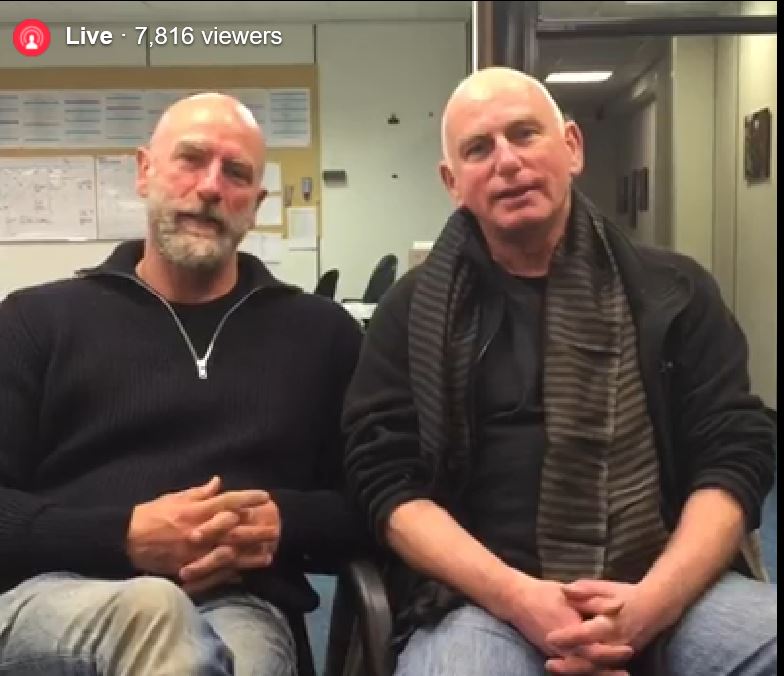 Both Graham and Gary were asked what their favorite experience was from the RingCon fan convention that both attended recently.  Graham immediately said the “dancing” — as we later saw from video evidence that both Graham and Duncan Lacroix (Murtagh) got in a bit of wee dancing with fans at one of the evening parties during RingCon.  Gary said for him it was the many, many wonderful and kind fans from across the world that he had the chance to meet and HUG!  Seems like Gary is a hugger!

Both men were asked what their favorite scene has been filming Outlander.  Graham, interestingly, said his favorite scene was from Episode 114 “The Search” when he and Caitriona Balfe (Claire) played out some wonderful dialogue in the cave at Glen Rowan Cross.  He said it felt like acting in a play and he loved it.

Gary said his favorite scene had actually been filmed that day (February 5th) in Scotland so, to prevent spoilers, he couldn’t reveal specifics.  But, he seemed quite pleased with whatever it was.

Both men talked about how they had to learn Gaelic for the show — that neither knew it beforehand but that they think it’s a beautiful language and gave a shout-out to the Outlander Gaelic coach and consultant, Adhamh O Broin.

Each man was asked what was the worst part of playing each of their characters.  Gary said it was hard to choose but he thought it was perhaps Colum’s disability.  Graham admitted his answer sounded “cheesy” but that it was really true that for him, he felt lucky to have the role and there was no “bad” part of portraying Dougal MacKenzie.  In fact, he added, it was a privilege.

A question came in asking what each man’s favorite thing was about Season 2.  Gary said he enjoyed getting more in depth with Colum’s character and the relationships Colum has with some of the other players.  Graham said he enjoyed the “fighting” — which then lead to a discussion about how he prepares for the fight scenes.  Lots of rehearsals, apparently! 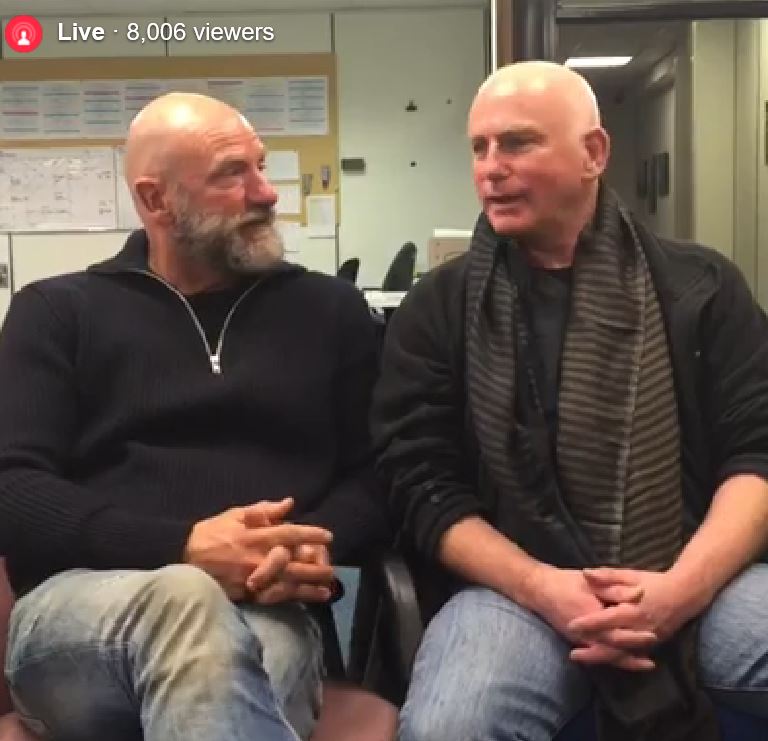 When asked about the difficulty of Outlander’s rigorous shooting schedules, both men deferred and said that actually it was Caitriona Balfe — Graham called her a “Trojan” — and Sam Heughan who were the real “troopers” of the show.  Gary said “we have it easy.”

Graham responded to a question about his favorite location shoot thus far.  He said it was shooting in the Highlands for Episode 105 “Rent” adding — “amazing landscapes in the middle of nowhere.”  Gary said that unfortunately, he was stuck at Castle Leoch for the most part — drinking Rhenish!

Matt Roberts asked near the end of the chat  how each felt about wrapping up their parts on Outlander.  Gary said, “you are going to take the smiles off our faces now.”  Both said they would miss the people and the crew the most.

Before hugging it out at the end, both men were asked what other role they might like to play on Outlander.  Gary said, “Murtagh.”  and Graham said…wait for it…”Mrs. Fitz.”  Ha, ha. Funny, Graham.  I’d like to see that! 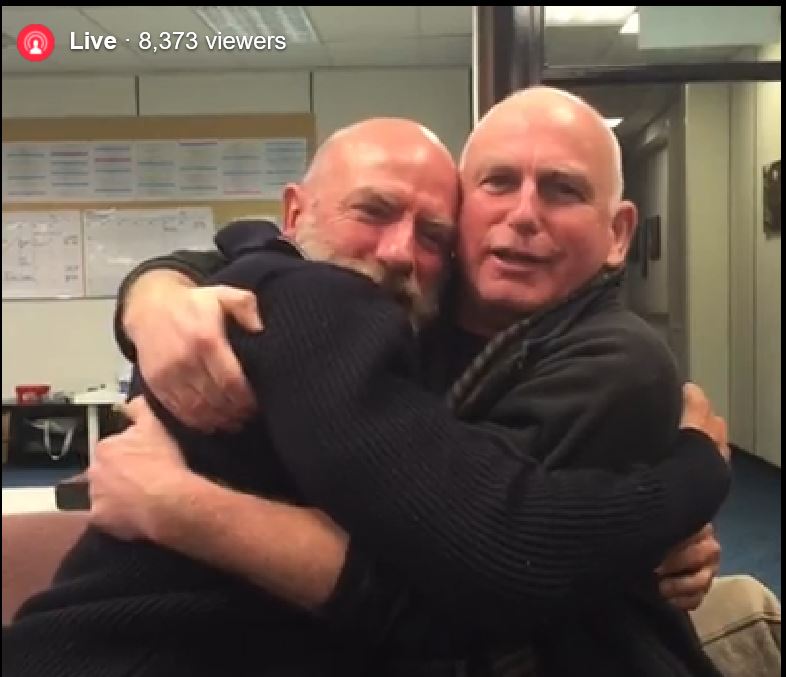 Altogether a delightful sit-down with the on-screen brothers.  As is usually the case with the Outlander cast, you can see and feel the camaraderie and genuine warmth between these two men.  They both are class acts and true Scottish gentlemen.

Which do you prefer — Gary as Colum or Graham as Dougal?
What is your favorite scene in Season 1 with one or both men?