Over the weekend, Starz released a new, remixed trailer for Outlander Season 2.  The focus was on one, James Alexander Malcolm MacKenzie Fraser.  Some critics of the television adaptation of Outlander have suggested that not enough time was devoted in Season 1 to Jamie’s character, or that his character was not fully explored.  So much has been said and written about Season 2 but it’s my view that Season 2 will be Jamie’s Season — when we see the full measure of the man — Gabaldon’s King of Men — reveal himself.  But, the road ahead for Jamie is not smooth and Claire plays a pivotal role.  Read more after the jump…

In the long litany of beefs that Book Readers have with Ron Moore’s adaptation of the Outlander book series, one of the more prominent seems to be the lack of exposition around key character, Jamie Fraser.   Others (some of our own beloved, regular Outlander Cast Blog readers) have complained that, in fact, the television show has shown a false view of Jamie, pointing to episodes such as ‘Lallybroch’ and ‘The Watch’.  In these episodes, we see an immature, full-of-himself Jamie struggling with his new role as Laird of Broch Tuarach.  I am not going to debate that point here.  As a book reader and a show watcher, I took those episodes for what they were — an adaptation — and a way to move the story forward.  And as for Jamie in the totality of Season 1?  Well, the story needed to be set-up.  The story was about Claire and what happened to Claire and how she dealt with the traumatic experience of falling through time and trying to get back to the life she knew.  It took us half a season to get there and Jamie’s role was a slow build.  It did build, however, and we see both the growth of Claire and Jamie as a couple and also their growing interdependence on each other and melding of souls. 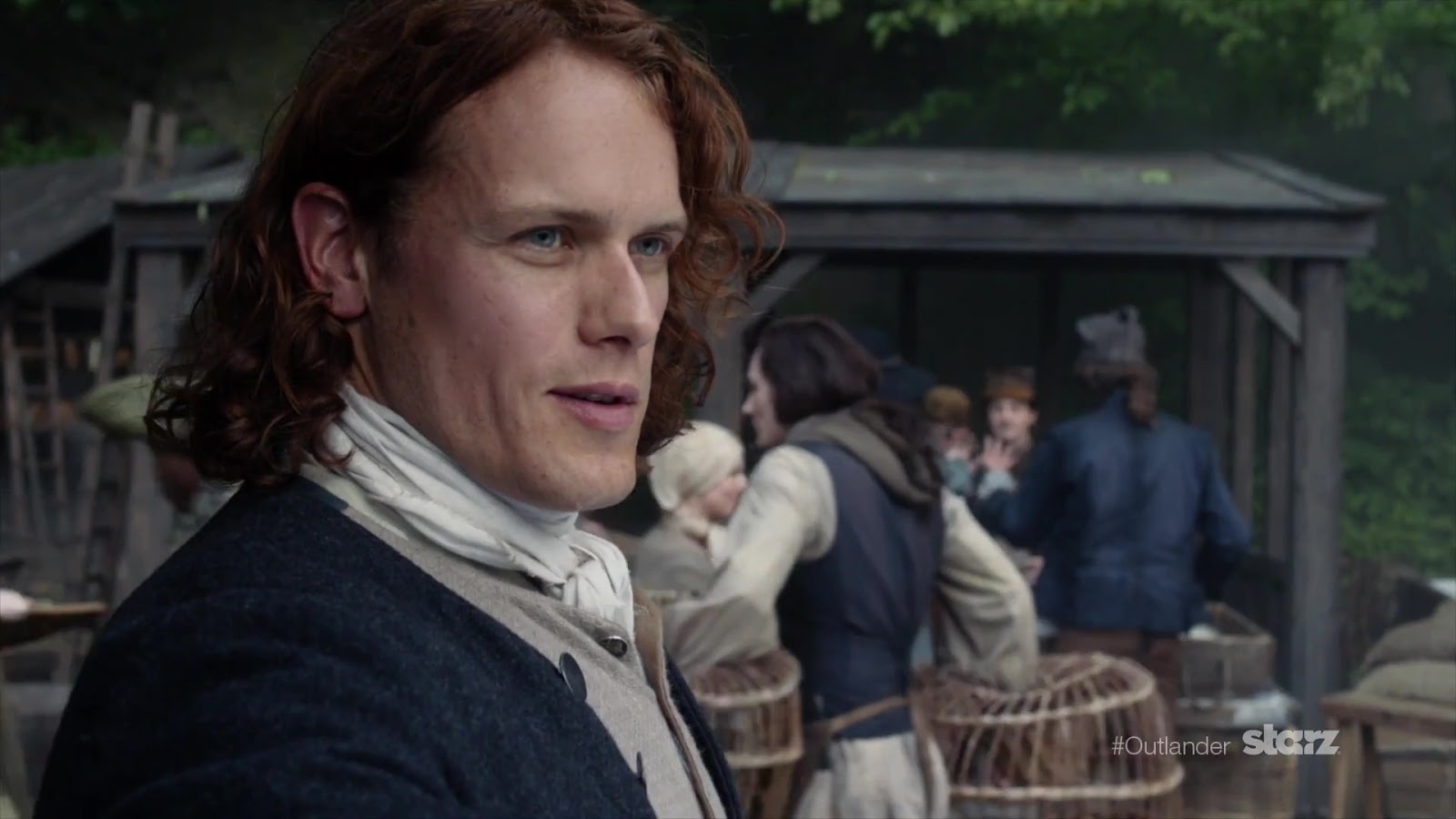 But, as the Season 2 Premiere approaches, we have seen an explosion of theories and suppositions about how the story will unfold.  How will Jamie and Claire adapt to the salons of Paris?  What of Claire’s pregnancy?  Will their efforts to stop Bonnie Prince Charlie’s rebellion prove successful?  All interesting to see play out on screen.  But, not THE most interesting.  As our couple sailed off into the sunset aboard the Cristabel at the end of Season 1, all was definitely not rosy.  Jamie had endured unspeakable horror at the hands of Black Jack Randall.  He was a shell of his former, warrior self and clearly unsure of his future and that of his marriage.  Will Jamie recover from the trauma?  If you are a book reader, you know the answer.  But, for the television adaptation, I actually believe that THIS will be the defining theme of Season 2. 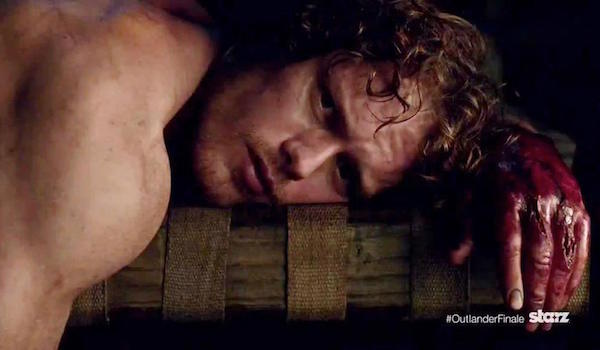 This is music to the ears of Jamie lovers everywhere, I am sure.  There will be side plots, of course.  Political intrigue, the impending birth of Jamie and Claire’s miracle baby, Prince Charlie, King Louis, the mystical Master Raymond, etc.  But, I think Starz new trailer gives us a pretty big hint of what the undercurrent for Season 2 will be.

And, what role for Claire?  I think we will see the relationship between our lovers mature.  The future, while known, is in fact, unknown.  Or, at least Jamie and Claire are making it up as they go along.  Jamie will struggle from the moment they land in Paris.  Likely we will see nightmares, maybe even flashbacks of the horror at Wentworth Prison from Jamie’s perspective.  And, despite the healing Claire provided Jamie at the Abby, Jamie will find it difficult to accept Claire’s touch.

But, what will save Jamie will be Claire’s intimate knowledge of her husband.  Jamie is first and foremost a Highlander.  He is a warrior, a soldier, a fighter and has been his whole life.  Claire knows this and knows, too, that the only way to bring him back to the man he once was, is to challenge him.  Claire gives Jamie a mission.  He must save the Highland culture and the lives of the many men that will die if Charlie’s nascent rebellion is allowed to proceed.  It is this challenge that Claire places before Jamie that will serve as the undercurrent throughout all of Season 2.  We will see Jamie’s fierceness emerge.  His leadership abilities will become apparent as he gathers the resources he needs, uses his intelligence and refined nature amongst the Paris salons and the Court of Versaille to begin to attempt to unhinge the rebellion.  And, in the course of this, James Fraser will re-emerge and free himself from the blackness he was thrust into by Jack Randall so precipitously.   It will be glorious to watch as I have great faith in Ron Moore and his ability to adapt Diana Gabaldon’s literary treatment to dramatic effect. 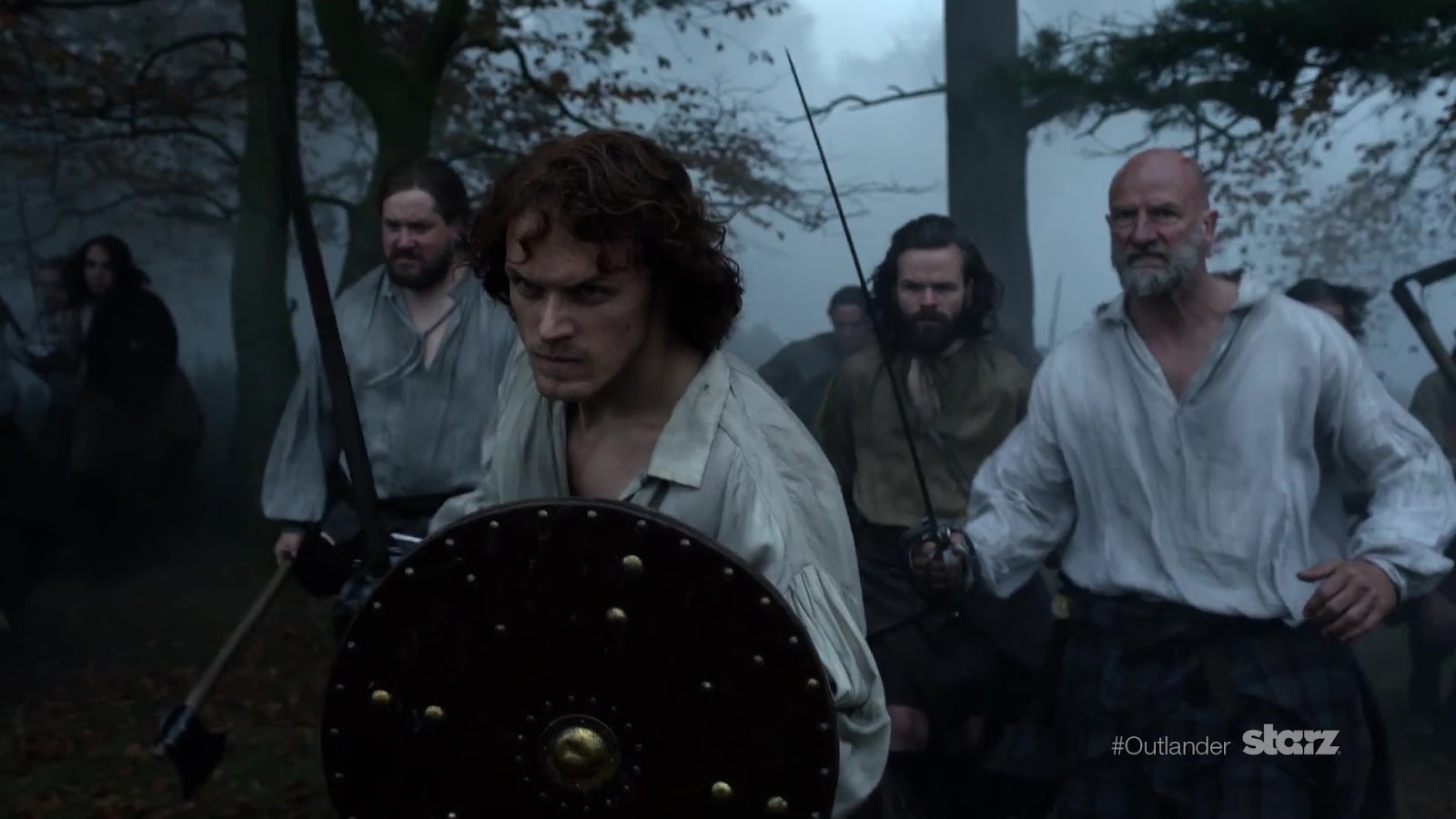 And, isn’t this what we have been waiting for?  To see Jamie in his full magnificence — warrior, leader, commandingly intelligent, capable of great tenderness and humor yet steadfast and moral and loyal to perhaps even his death.

THIS is what I will look forward to in Season 2.  The full exposition of James Alexander Malcolm MacKenzie Fraser.  I have a feeling I am right, but we will just have to tune in and see.  Not too much longer to wait!!