Passing the Crown: How RDM rules over the Outlander fandom.

When the reigning Queen of England relinquishes her crown, it’s expected to be the biggest event in British history in over 70 years.

No such fanfare for HERSELF, Diana Gabaldon, our Queen of Outlander. Although her reign ended in 2014, she is in fact, and thankfully, alive and kicking.  Kicking herself? Hmm.. perhaps? But probably not.  She did in fact sell the rights to the Outlander series, willingly and freely, for the current television series, envisioned and led by showrunner Ronald D. Moore.

In the first season, it was relatively simple to translate book to the visual medium that is television.  Sure there were more voice overs (V.O.) and flashbacks than are typically acceptable in TV shows, but because the book was linear, so was the TV show.  And generally speaking, fans were pretty happy with the adaptation.  Not so for DIA or even Voyager to come. Already for S2, devout fans are now finding the disparity between the book’s plots and characters, and those utilized in the TV show, up to Ep 7 (FAITH).

Let me say this: when I read DIA for the first time, I did so with a mind to its adaptation. (It’s really hard to not think like a screenwriter when you read.) Even I wondered how they would adapt a non-linear story without losing new viewers.  And that is the key. Alongside us, the best fandom according to Radio Times, they NEED to acquire and maintain NEW fans.

You can’t do that, with a complicated timeline in DIA, without moving things around, by changing character motivation (i.e. Jamie’s expanded PTSD plus revenge) and character depth (Murtagh needs to play a prominent role, as Jamie can’t have exposition into the air, or god help us, voice overs!)  So fans were up in arms over this. So we’re perfectly fine with changing Murtagh’s screen time but not Fergus’s?  Did we get a 20 ep. order recently to accommodate all of us book fans, which no new viewer could stand to watch?  This is all about compromise.  Between the book medium (Diana as artistic written interpreter) and the visual medium (Ron as artistic visual interpreter).
But this fate (a very real split between the two mediums) was always pre-determined (the day the rights were sold); it just wasn’t known, or rather, accepted. 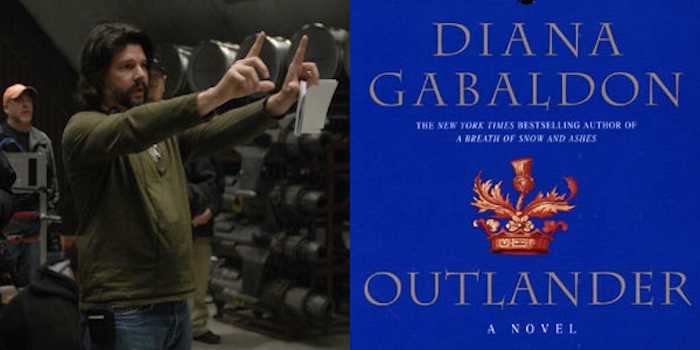 There can be only one showrunner, and it is RDM.  Semantics are important. Maril has repeatedly said she has had to fight with RDM to “win”.  He has the first say, and the final cut.  The writers write what he asks of them.  Look at the “BJR on your knees” scene or the massive fight afterward between Jamie and Claire in S2EP5.  That was all RDM’s idea and design. Not in the books, but fans loved it regardless.

The “revenge” mindset of Jamie- RDM.
The pro-Frank sentiment- RDM.
RDM trumps everyone else.  He knows what will sell Outlander to a new viewing audience, and the existing fans.
It is a monarchy- a dictatorship of sorts, ruled by one. What it’s not, is a democracy.  Sure, Maril, as his trusted advisor, or Matt Roberts as his trusted writer, can pipe up with an idea, but they have to converge with Ron’s vision for the overall show, in order for him to accept it. And as for Diana, as long as the relationship is cordial, and of mutual respect, she’ll continue on as a consultant.   But as Ron becomes more familiar with the characters, she’ll be needed less- a natural evolution. 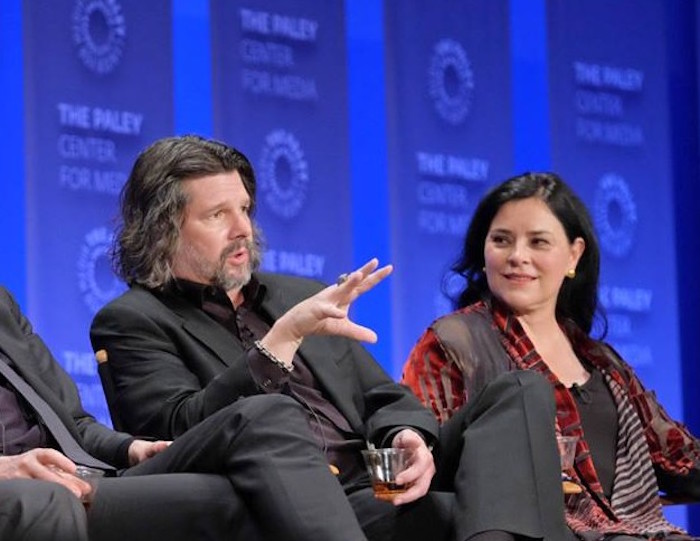 They bought the book, but cut out the fatty parts. For you carnivores (I’m vegetarian), it’s akin to buying the whole cow but only using the meat on the bones (but thankfully keeping the spine).  That’s the core plot, the main characters and many key scenes.  But you discard the head and the fat- represented by secondary characters, half of the romantic scenes and dialogue, and secondary plots.  And since this is a visual medium, you get visual “filler” in lieu of text and dialogue.  And of course, there’s just… less of it.  The book is 947 very dense pages, the scripts add up to 715 thin pages (55 pages/minutes x 13 episodes).

Compare this with Game of Thrones, written by Diana’s friend, George R R Martin, with showrunner David Benioff.  Ask any avid reader, and they’ll say ‘holy liberties’ showrunner! By the end of S5, there were 22 major differences between the books and the TV series. Imagine Murtagh being killed saving Jamie at Wentworth, or BJR living years past the date Claire told him he would die, or Dougal accompanying Claire back through the stones…. Knowing the disparity in GOT’s adaptation, I consider myself a very fortunate fan under the capable hands of RDM.
Let’s be honest- what we have is minor plot and character changes in Outlander.   We all may suffer from a bit of fan myopia- we live in a contained environment, a shell, where we spend most of our time talking to each other, so we may not be seeing reality as it exists. (A good example here is when we all thought they would certainly receive Emmy noms or BAFTA noms but got NONE).

Have you noticed how many people flock to Diana after a controversial scene in the TV show?   Her words, (a.k.a. the “Word of God”) are still held in high esteem even though she has no creative control, and is acting solely as Ron’s interpreter.  What a saint she is, to help fans transition from book to screen.  Without it, I think there would be significant fan backlash, for Season Two (the France portion at least). This rich “source” also has aided the actors work out character motivation. Sam Heughan has stated repeatedly that he reads the book and asks questions of HER(royal)SELF to acquire many rich details before filming.
I think, beyond the books, we will discover that there is indeed an ‘Outlander TV story bible’ just like there is for GOT, The Wire, The Shield, etc….written by RDM. This helps writers focus in on key plot points and characters the showrunner has identified as critical (almost acting like the spine of the story), but also aids in ensuring the memory of previous plot points (off book) is long.

And while RDM has the last say in most cases, it is not in every case. In the end, the bottom line rules above all else; profitability is the ends to the show’s means. STARZ executive “suggestions” to RDM exist to limit risk of lost revenues.

And yes, there has been one known successful example of executive intervention, whereby a controversial ending to an episode (S1E16) was removed to avoid alienation and backlash by existing fans who wanted/needed *feels*, not heightened drama. But, it was also done with the eye to improve new viewership.

How are you coping with the power of RDM this season?