Episode 2.08: Outlander Boss Responds and How I Live With It

Email
Fast on the heels of my recent SM lovefest post tossing virtual bouquets to Ron D. Moore et al for their Outlander adaptation, I now stand before (or after) this book-reader’s experience that is Episode 2.08.  Here’s what I wrote on Friday, May 27th at 4:30 PM EST…. 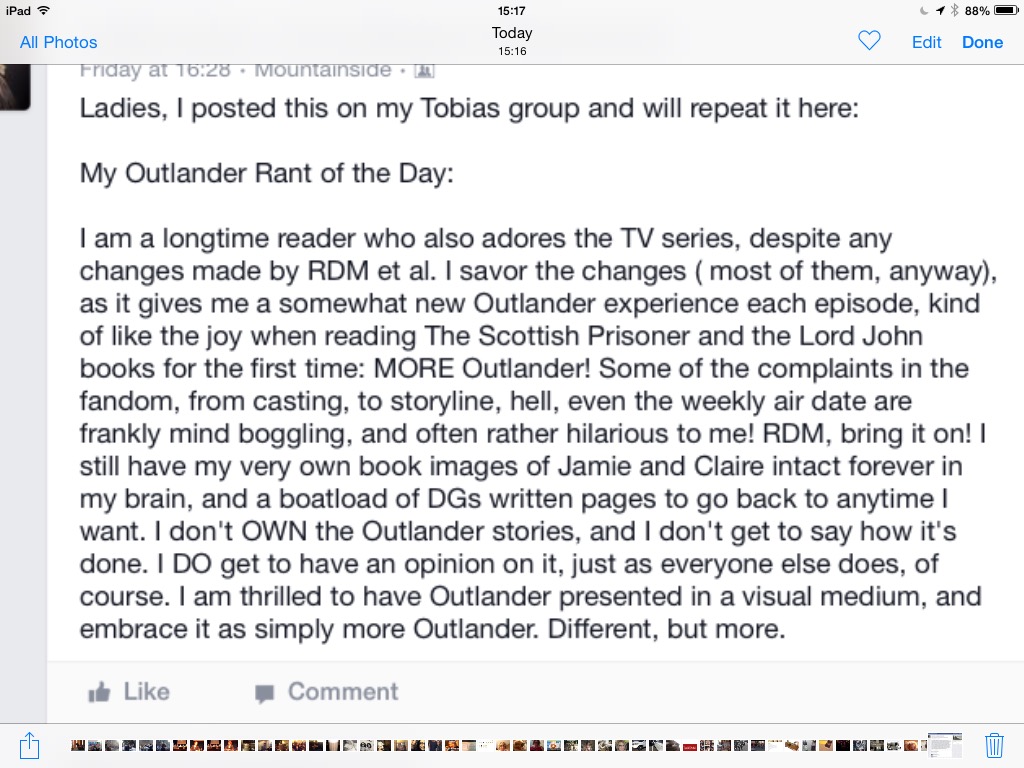 Whose Reality Bites?
Then comes the episode that night.  Oh me, oh my. I am not in the recapping business, so here’s my a little snarky first impression:
Nell Hudson’s in the back-to-Scotland opening credits; I was forewarned, but still therapeutically lying to myself, sure that Leghair was merely slated as a disgruntled bystander covertly shooting daggers at Claire, and longing looks at Jamie.  And that was just the opening of an episode that gave us a microsecond of J and C back at Lallybroch, where potatoes took center stage, and the visuals of the still newly married Jamie and Claire bonding in that way that we love to visualize on screen were left to our fanfic imaginations.  Ron, take note:  sex scenes between Jamie and Claire are never gratuitous.  EVER. 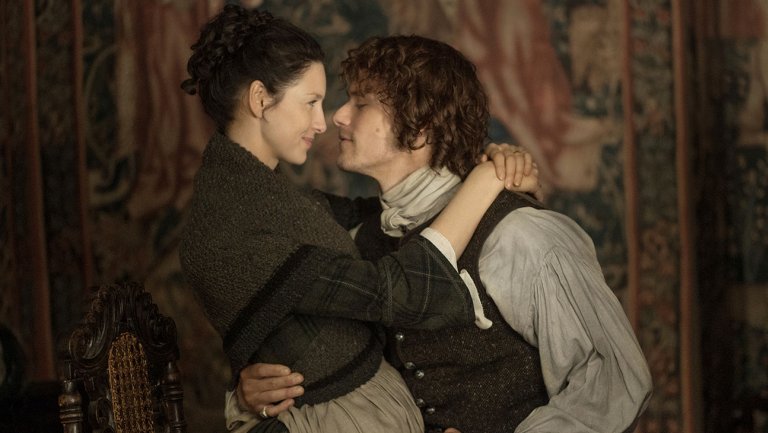 After a tender scene between Jamie and his newborn niece, and adorable Fergus on an adorable donkey, we are treated to Leghair in a Hester Prynne cap, Jamie’s ill-groomed and insanely superstitious grandsire, and then the dysfunctional family of Clans planning board, with poor Colum’s health significantly declined since last season.  This, not before Claire pimps out Leg to Lovat Junior, whose wig might go well with Jamie’s ex-beard, and Jamie says thank you, Leg.  Highlanders, swords, and heartbreak move inexorably forward. Close credits. 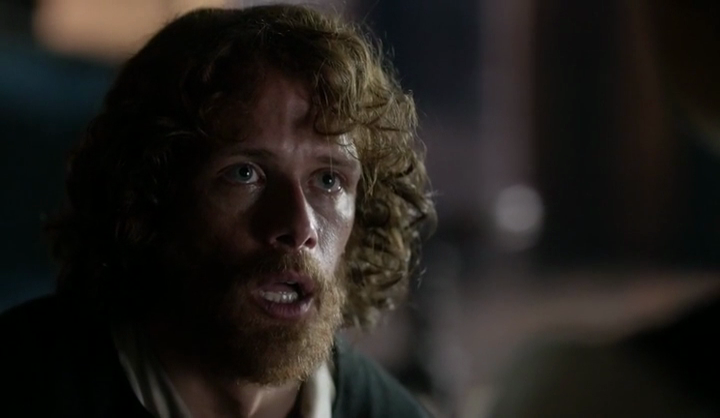 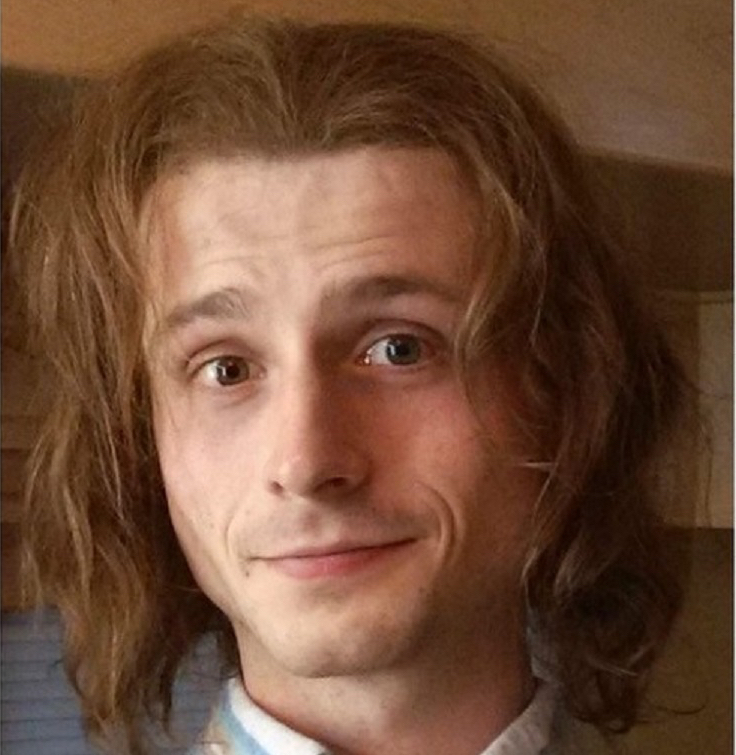 Ron D. Moore, You Got Some ‘Splaining to Do
Or does he?
I declared my adaptation-lover status not 24 hours prior, yet had to seriously re-watch this episode to help begin to understand the why and the what-the-hell. In an interview with RDM posted by The Hollywood Reporter, “’Outlander’ Boss………. Explains Major Book Change” (and other things in the title, which are not relevant to this blog piece, and therefore omitted), Mr. Moore sheds some light from the showrunner’s perspective.
My Very Condensed  Overview
And Here Are My Takeaways:
The Old Me?
I’ve done my share of complaining:  the Claire and Murtagh road show of squirminess of “The Search”, and the rent-a-dildo and toilet travails of “Not in Scotland Anymore”.  Alternately , I’ve accepted (but not embraced) the sight of Jamie’s hand lingering on Leggy’s goose-pimpled breast in “The Reckoning” (I know; it was a cold day in Scotland, and he did remove the hand), and now, Jamie and Claire pandering to the superstitious old Fox through ersatz visions.  Claire conspiring with Leggy? Mais, non! C’est incroyable! Wait.  We are not in France anymore:  Hell to the NO!  And one flirtatious female interaction with lil’ Simon will do what years of modern day therapy cannot easily accomplish:  turn a parentally emasculated Simon into a less neurotic MAY-UN.  More power to him, by the way; this method does not incur copays.
Just Me.
I implicitly trust RDM to deliver this adaptation, and have from the beginning despite the changes, but still I worry.  While finally having a screen adaptation of Outlander is a literary dream come true, Dragonfly is my least liked and least read of the novels, while Voyager is my next-in-line cherished favorite, after Outlander.  I worry, as the handling of Voyager may in fact, be the testing ground for my level of open-mindedness.  Ms Pollyanna Potter doesn’t have the ability to shut up; it’s not in the genes.  But with an open mind toward the art form on screen, and my well-read novels for any needed solace,  I think I’m set.
What’s your mindset?  Are you in for the long-haul?
Do you think Jamie will forgive Laoghaire any time soon?