How to Do the Hairstyles from Outlander

Email
Written by: Shannon Burns
From caps and curls to buns and braids, hairstyling plays an important role in film. It has the potential for both artistic appeal and narrative development. It is no surprise then that in such a beautiful and character-driven series like Outlander, the hairstyles are an excellent study in this aspect of non-verbal storytelling – with a connection to real historical fashion besides!

Now that our heroes are back in Scotland in Season 2, let’s take a look at some of the best hairstyles from the last time we were in the Highlands, in Season 1. This article is a compilation of character analysis and historical hair info, as well as instructions in case you want to recreate these styles on yourself. Just follow the how-to text for each character, or check out this video tutorial for all of them at once:

“Geillie tossed back her hair and laughed delightedly… Baby-fine and slippery, it was coming down from its fastenings. Muttering, she yanked the pins from her hair and let it fall down in a straight, shiny curtain, the color of heavy cream.”
–       Outlander, p. 369-370 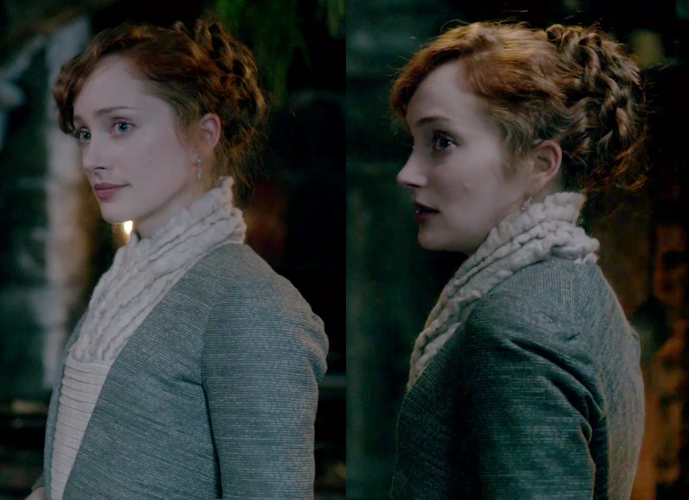 Geillis is a unique woman. To put it lightly. This was a time in British history when only unmarried girls wore their hair down, but Geillis isn’t about following convention. Most often when we see her in the show, her hair is either flowing down her back or only halfway secured behind her head. In the book as well, when we hear about her hair, it is either loose or haphazardly done up without much care.
That’s not very interesting styling wise though, so let’s check out an updo she actually did take the time to style. The Gathering at Leoch was a very special occasion, so Geillis arrives with a formal-looking rope braided bun. It’s a very timeless piece that works in our era as well (how futuristic of her…) and is fairly simple to accomplish. 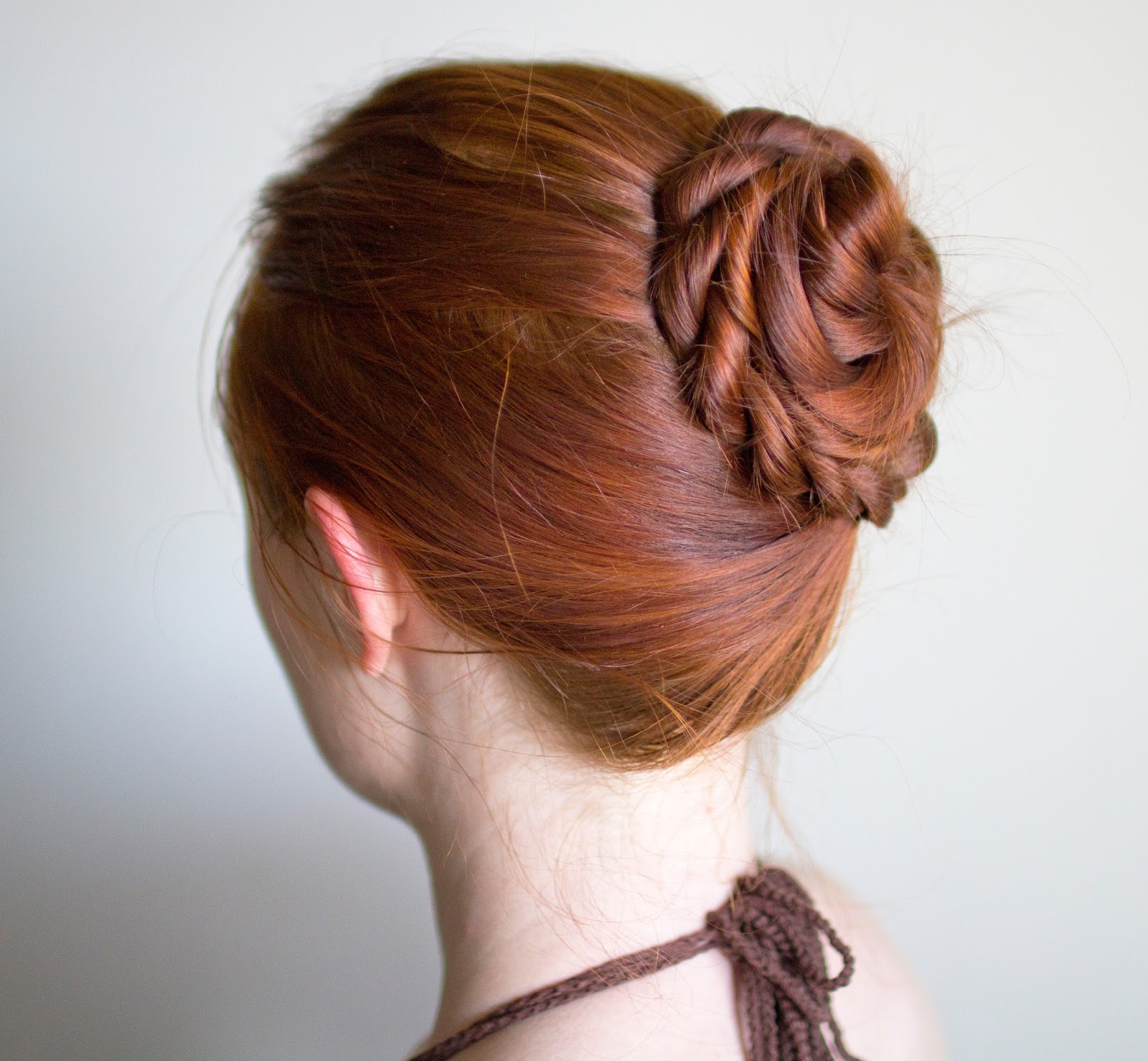 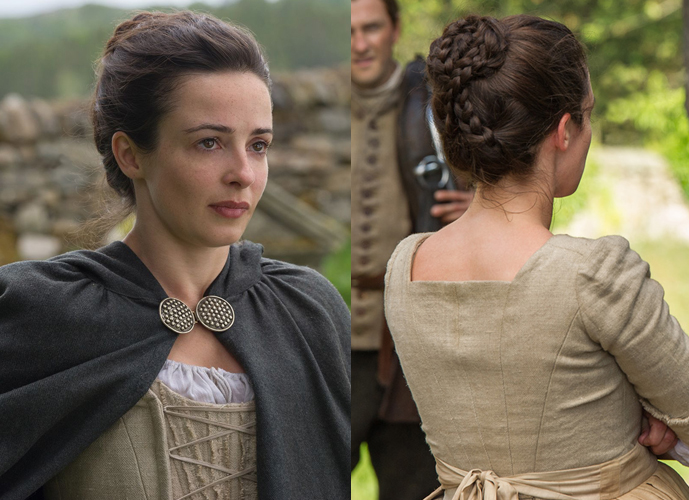 Jenny is such a different character from Geillis. Both are independent and opinionated, but unlike Geillis, Jenny is the ultimate family woman. She exemplifies what is proper in household care, child rearing, and female dress of the time – which occasionally leads her to butting heads with Jamie in the process.

As noted in the quote above, married women of the time wore their hair up and off their neck. Working women typically styled this very simply, and wore a kerchief or cap over top. It’s interesting how show Jenny doesn’t do this. She has an updo, but it isn’t simple and it isn’t covered. Show stylist Annie McEwan described in an interview once how she researched the characters’ hair, and from these comments it seems like she styled Jenny as an upper class woman would appear. These women had more braids and softly curled tendrils as decorations. Jenny is the sister of a laird, after all, albeit a minor one. So even if show-Jenny doesn’t match her description in the books, her style wouldn’t be too historically unprecedented. 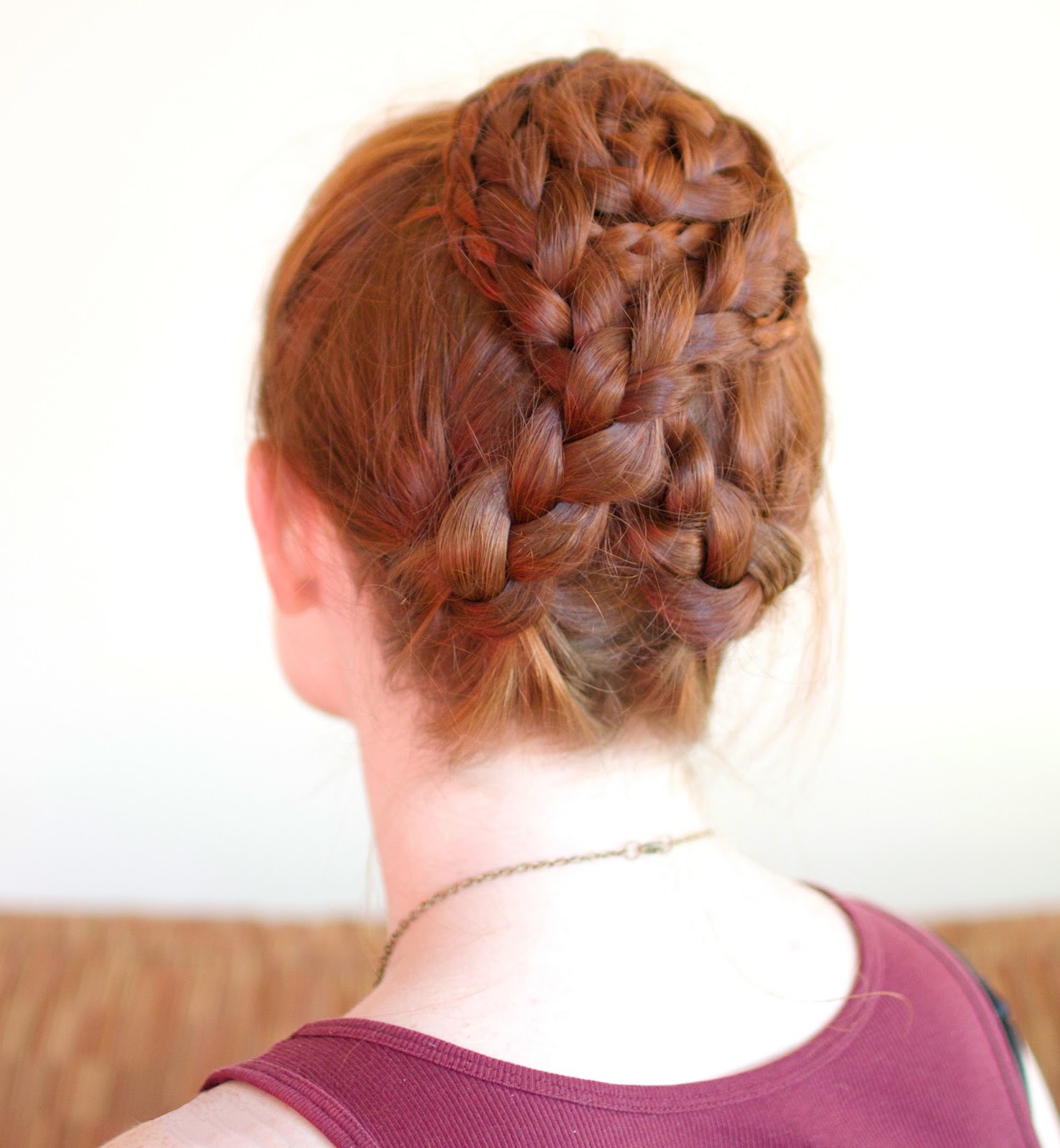 “I heard one of Dougal’s girls say to a friend at the Castle that it would take three hours with the hot tongs to make [Letitia’s hair] look like that. She said she’d like to scratch your eyes out for looking like that and not lifting a hand to do so.”
–       Outlander, p. 228 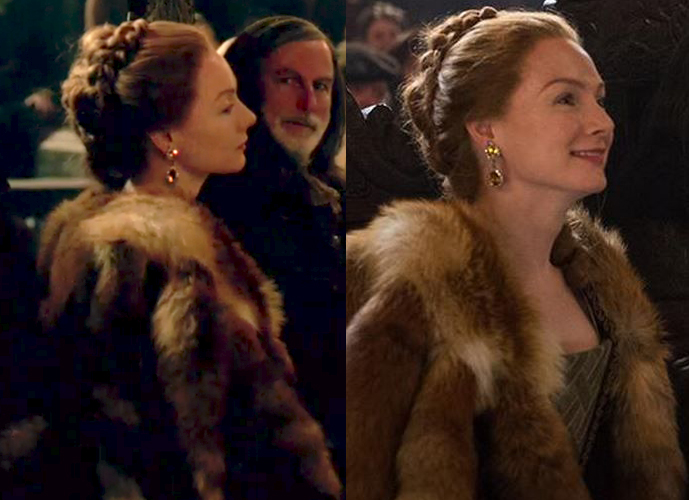 Now here is a true aristocratic woman. There’s no doubt about Letitia’s social status, and correspondingly she wears braids and soft curls arranged in a very elegant updo like upper class women would do in her time. To see more of this fashion, you can search on Google for portraits by the Scottish painter Allan Ramsay.
To achieve these looks, noble women clearly had servants to help them. In France, the fashion capitol of Europe at the time, there were specially trained hairstylists called coiffeurs. They also used the precursors of today’s curling iron to get the much-desired curly look, which were iron rods heated in the oven or fire. This took a while to do and was pretty rough on the hair, so no wonder Letitia was jealous of Claire’s curls! 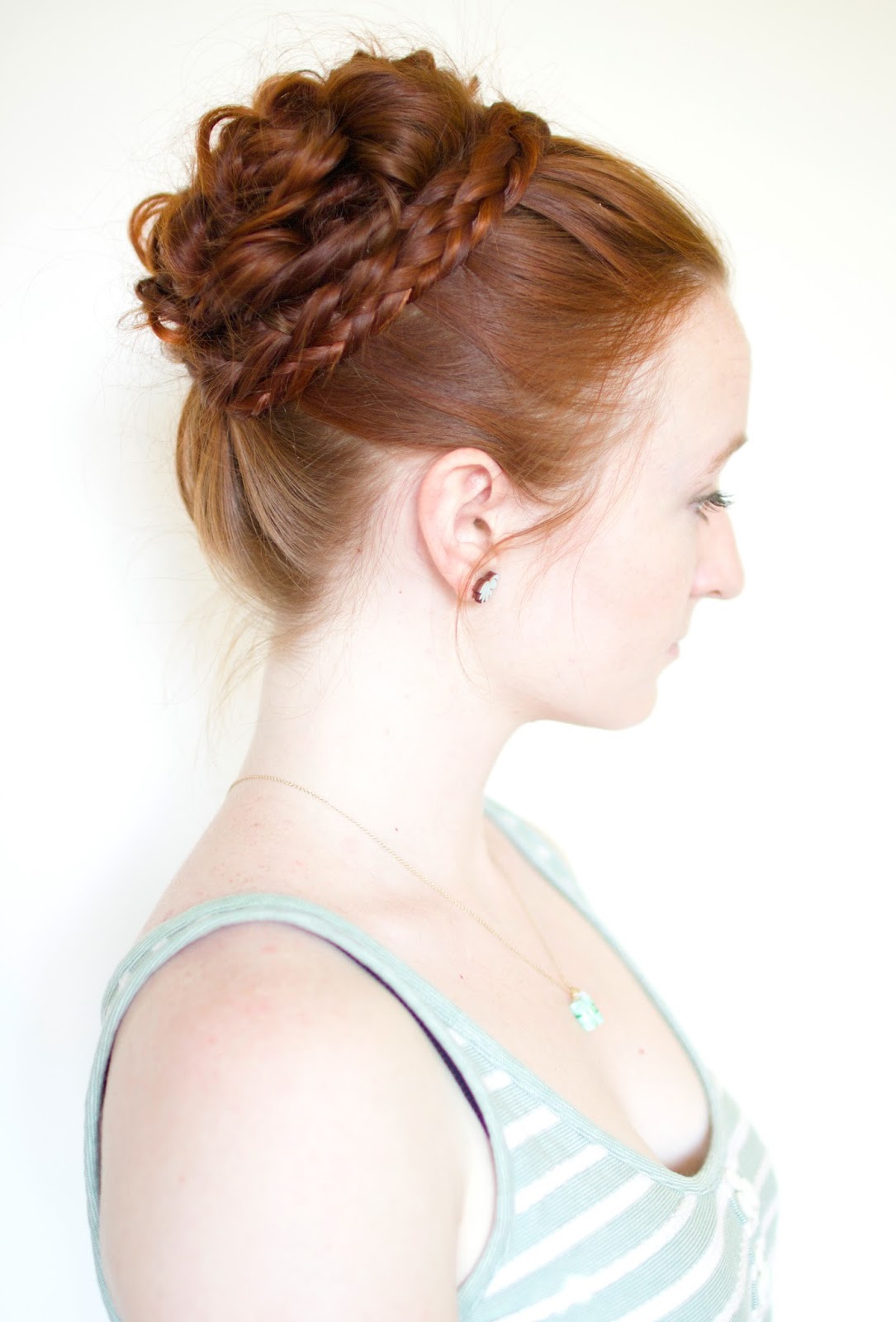 That’s it for now, but there are definitely more styles to investigate in this show. (hello swanky Paris!) You’ll notice Claire isn’t in here either – that mane of curls deserves its very own post. So be on the lookout in the future for more Outlander styling how to’s!
What looks would you like to learn about the most? Leave a comment with your suggestions!