The Artistry of Outlander – Opening Night at the Paley Center

Hello, Outlander fans!  Boy, do I have a treat for you!  My name is Meredith and I work in the Television and Film industry as an Art Department Coordinator and Set Decorator in Los Angeles, CA.  This industry is pretty busy and we often do not get the opportunity to really pick each other’s creative brains about the projects we work on.
However, (thank goodness) there are the occasional moments where we do have the privilege of attending amazing events like the one I did last Monday evening in Los Angeles!
The Paley Center was adorned by a beautiful Beverly Hills sunset when I approached it for “The Artistry of Outlander” event on Monday evening.  The first vision I saw was of Claire’s iconic red dress from season 2 in the window facing Beverly Dr. for the whole world to see.  Even on a mannequin, this dress was breathtaking. 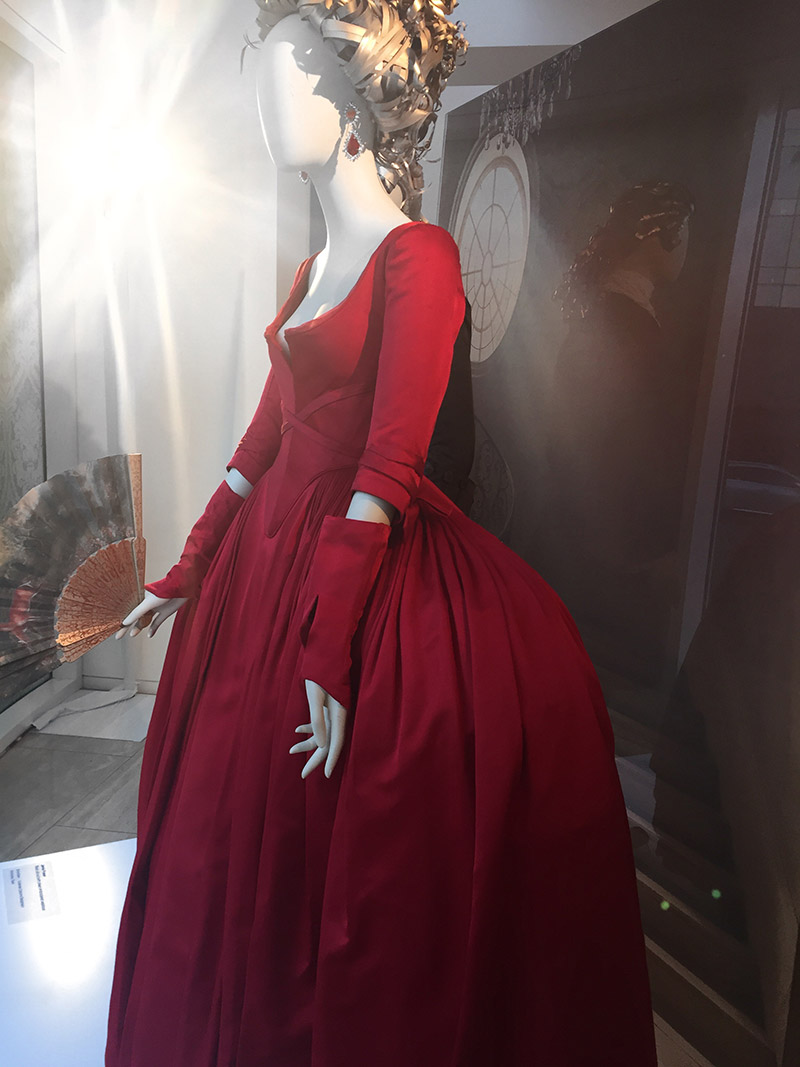 The night was entirely dedicated to the visuals of this show aka Production and Costume Design aka all this I love + Sam Heughan and Caitriona Balfe.
The opportunity to see master craftsmen in this business tell ALL about how they pull off Outlander each season has been a dream for me.  Working on a period piece is one of my ultimate career fantasies!!
I am a newer Outlander fan, having only discovered the show in April 2016.  One of my lovely co-workers was talking the show up one day and it made me curious.
Not long after that I had the opportunity to binge watch season 1 to get all caught up for the 2nd season during a 4 day weekend.  I was hooked by the end of season 1 episode 1.  There was something about it.  It mystified me.
I am not one that typically gets carried away by a story, but Outlander was the exception.
Now I am binge reading the books to get caught up and understand that side of the story also.  I had to know what happens to Jamie!  However, everything about this story completely fascinates me.
Back to my story . . .
My industry friend, Ashley, invited me to this amazing event!  She is also a newer Outlander fan!!! 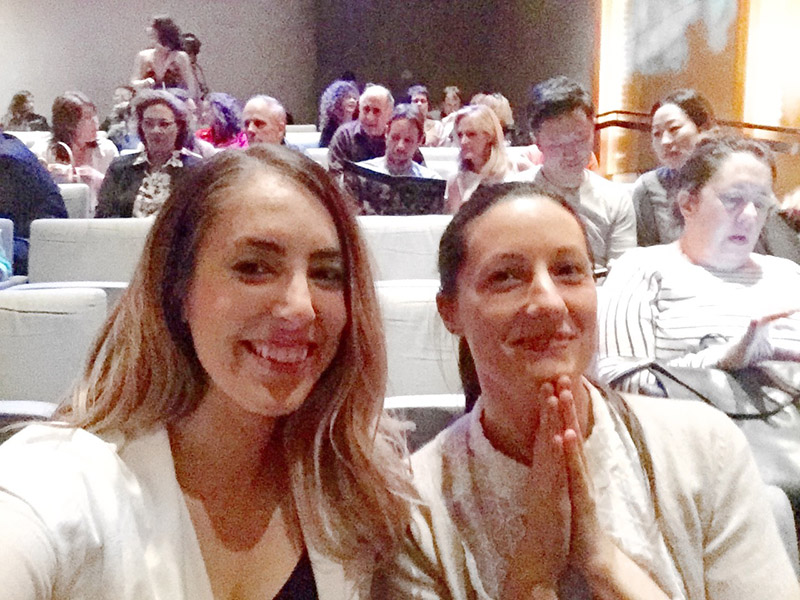 Upon entering the Paley Center, we noticed Outlander costumes displayed throughout the building on multiple levels. 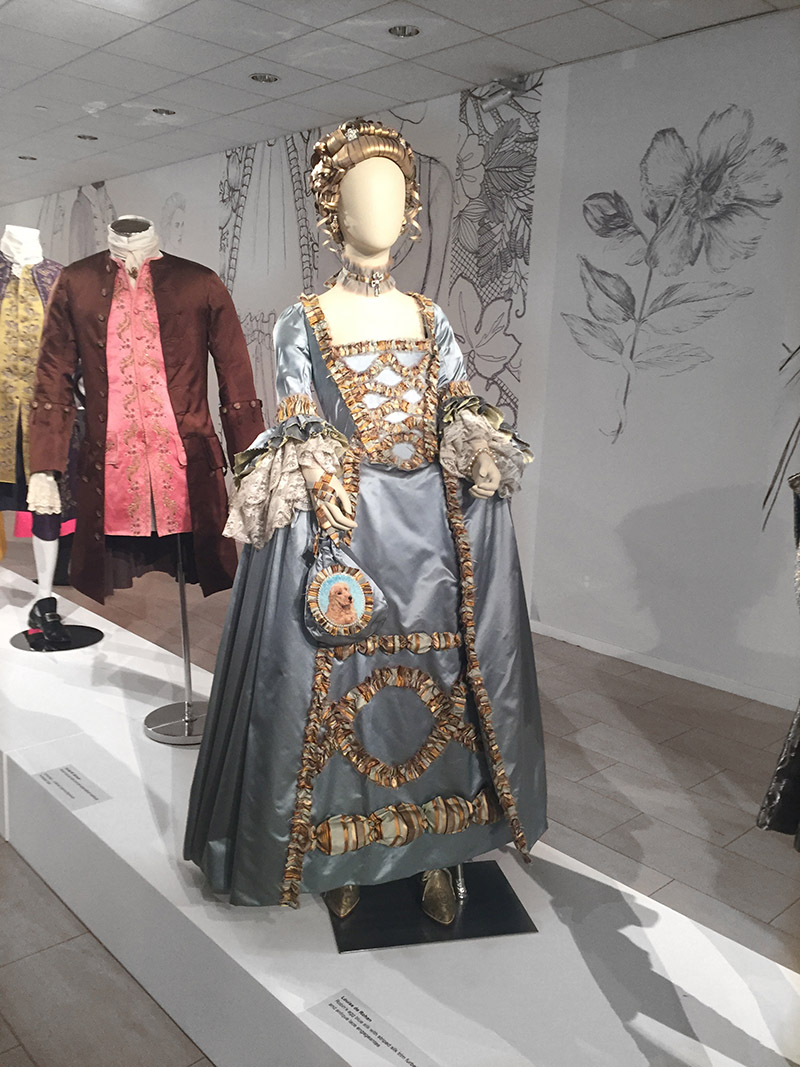 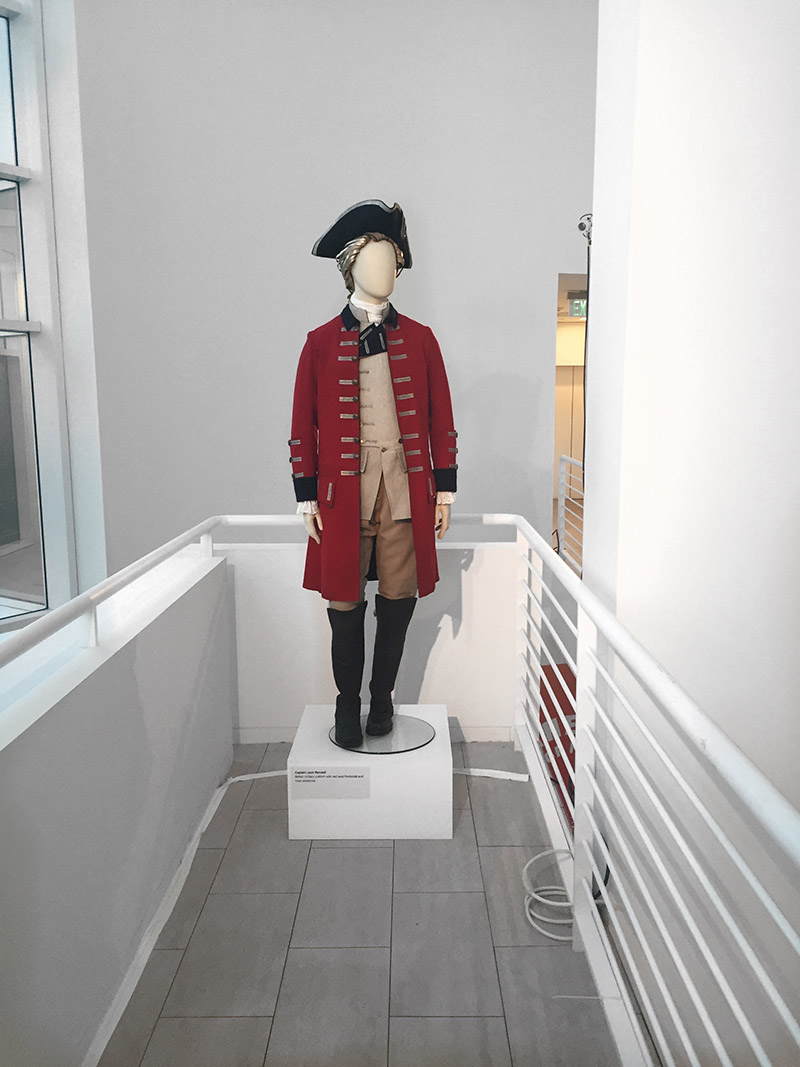 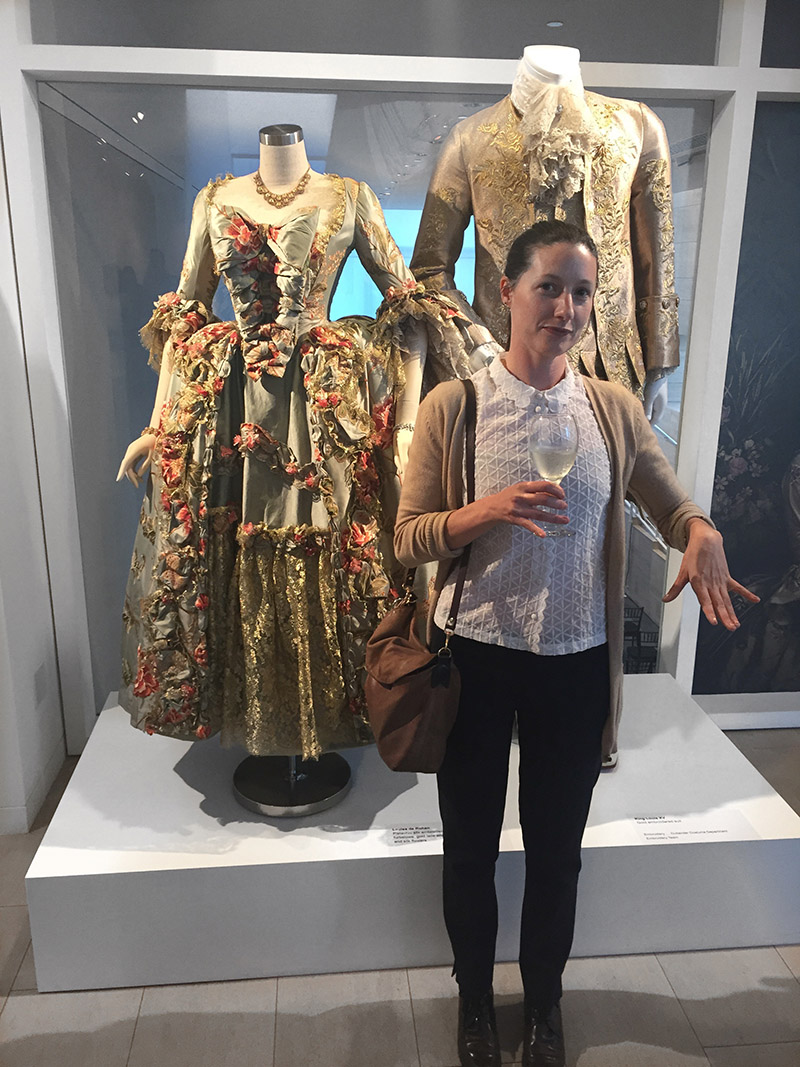 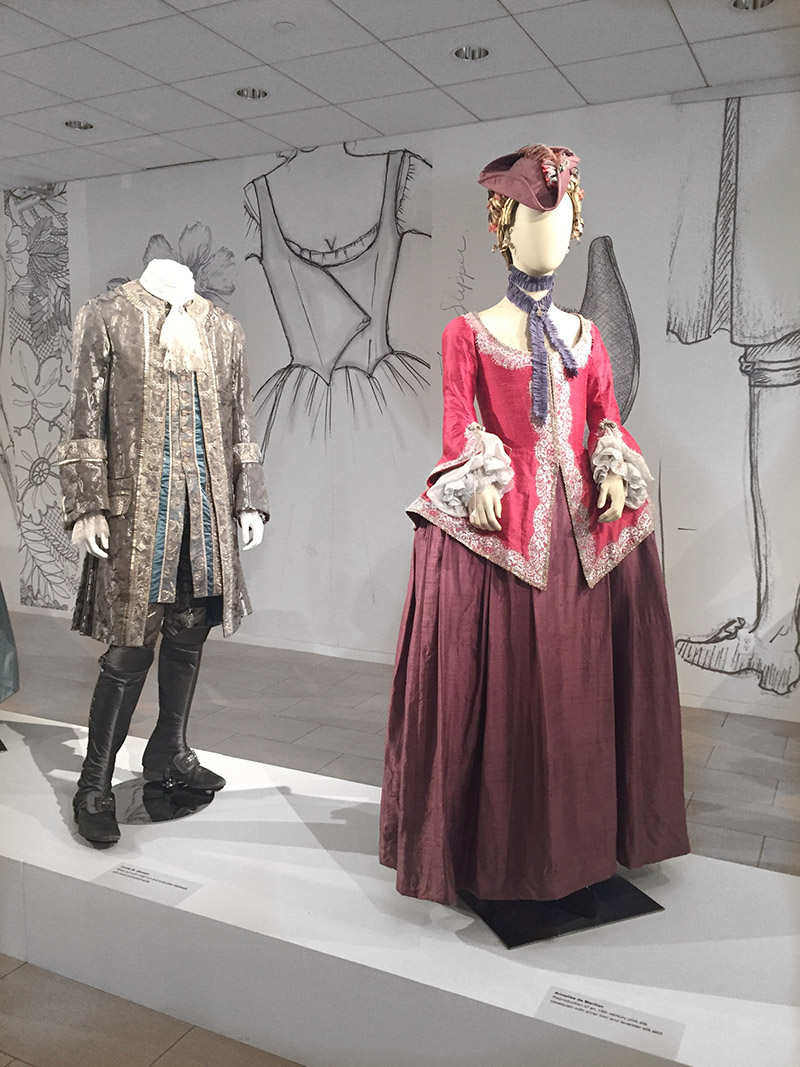 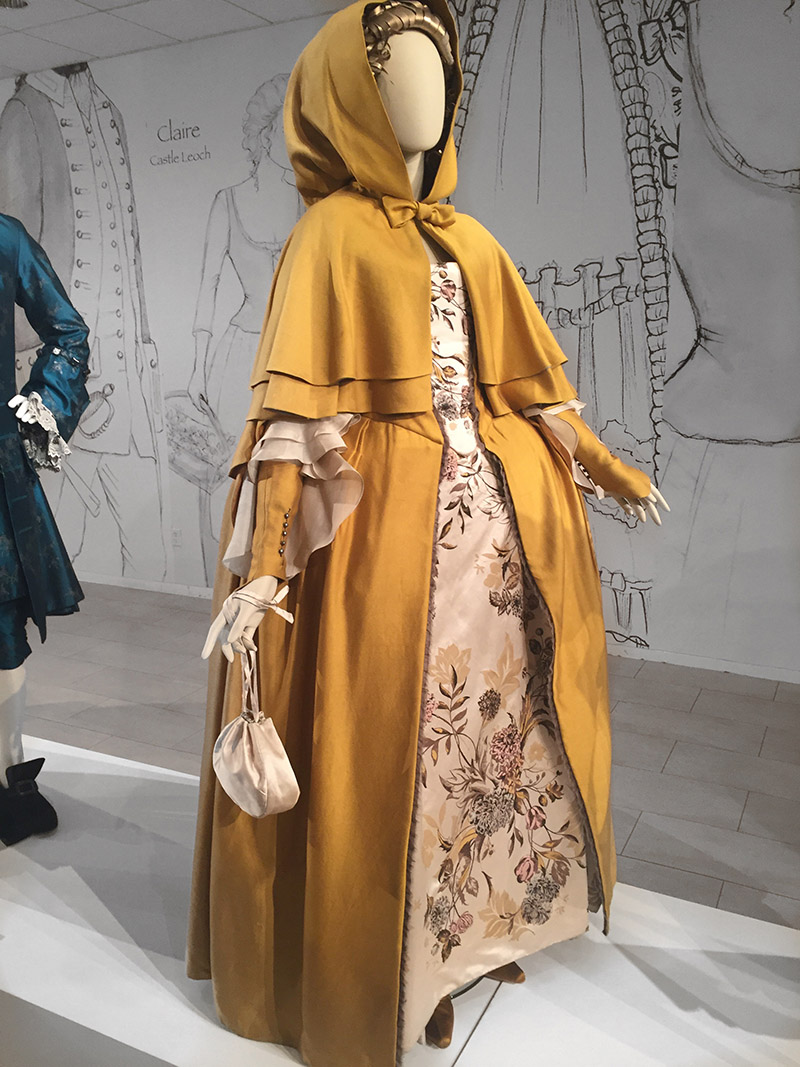 Shortly after we entered, glasses of Prosecco were placed in our hands as we began to explore the exhibit.  Our second sight . . . Sam Heughan and Caitriona Balfe standing in front of a large step and taking photos with press and doing interviews.  People were swarmed around them.
We headed up the first flight of stairs to arrive on the second floor where even more costumes were being displayed, as well as renderings and models of sets from Paris.  Specifically, the Star Chamber and Master Raymond’s Apothecary; my two favorite sets in Paris. 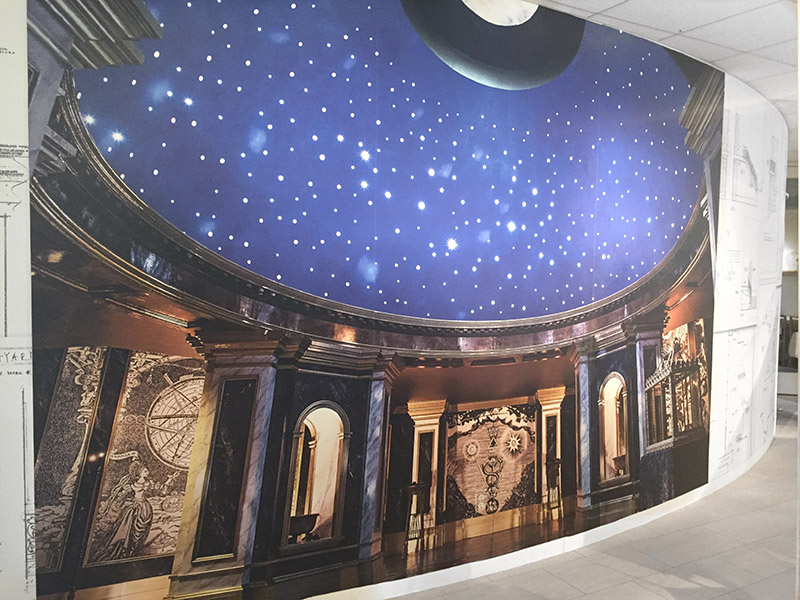 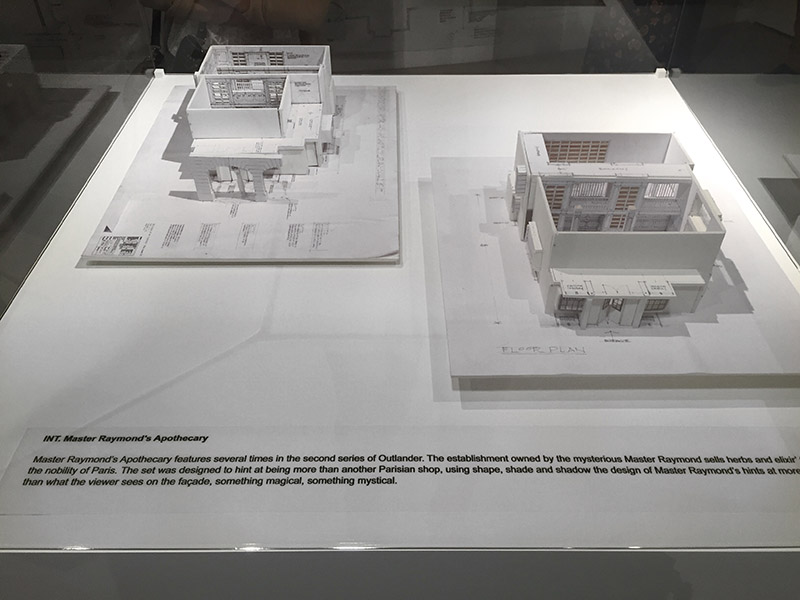 After strolling though an array of beautiful costumes, sketches, and models, we made our way to the rooftop bar and cocktail hour. 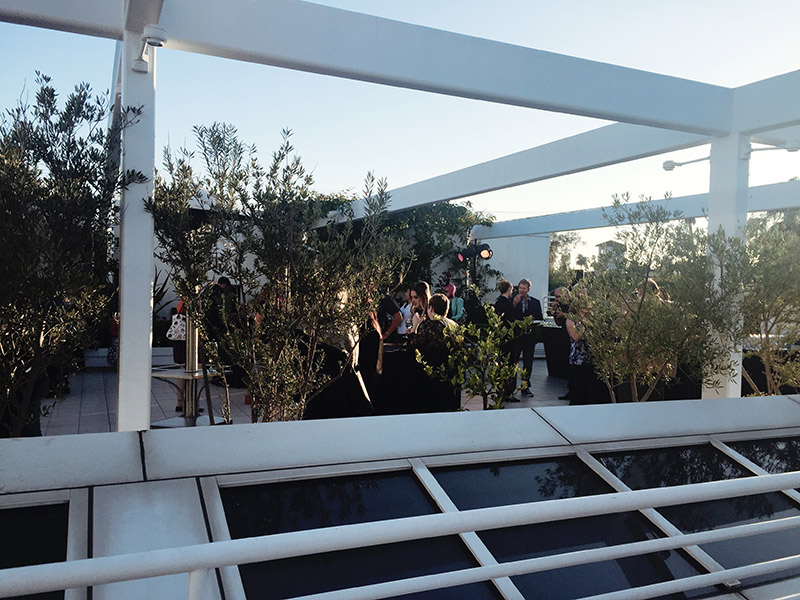 After about an hour we headed into the auditorium of the Paley Center and awaited the start of the crew and cast panel.  I managed to capture some cute moments on video. However, in order to really involve myself in the experience, I decided to do mostly audio recording during the panel.  Don’t worry, I am sharing the footage I captured. 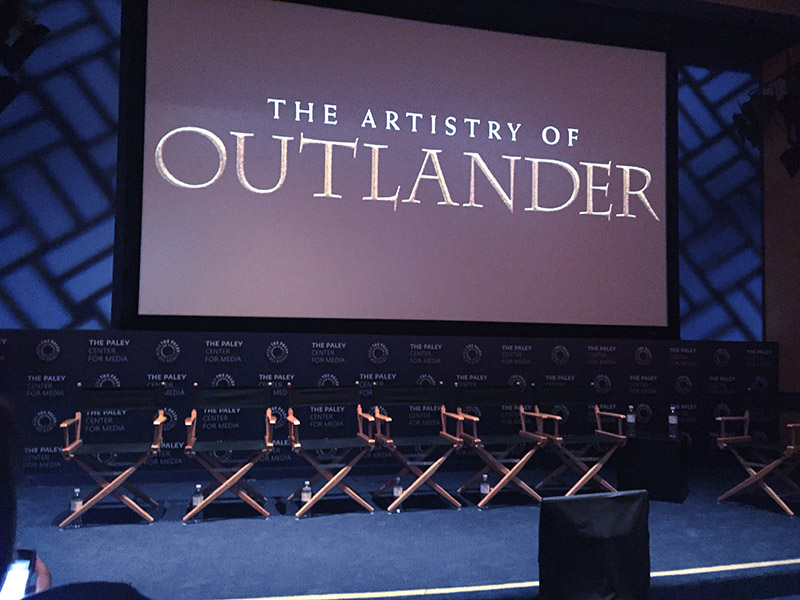 A brief little favorite of mine . . .
The topics brought up during the panel are truly amazing.  I love how passionate both Terry Dresbach and Jon Gary Steele are about what they do.  When Terry talks about Claire’s wardrobe and Dior’s famous bar suit as well as fashion in the 40s, she tears up. 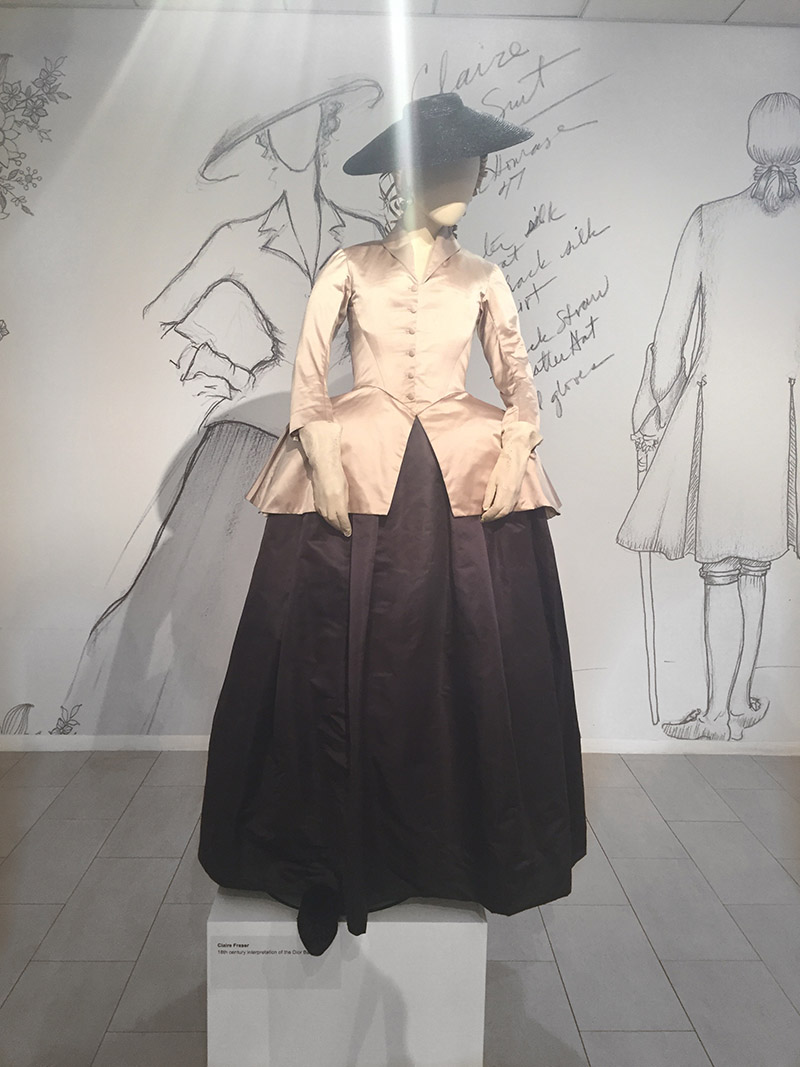 I love how excited creatives get about their jobs.  Shows like this one are rare and anyone that has the opportunity to work on it would be so lucky.

Terry also talked about how green her team is . . . green meaning “new or fresh” as in fresh out of art school and inexperienced in the work force.  It was astounding, hearing  the extent to which her team had to go to learn, implement, and surmount each obstacle as it came to them with the costumes they had to create for Paris.  We learned that they even hand-painted fabric designs.

The complexity and effort on display in Paris left us all amazed.

Check out this audio clip of a majority of the panel to hear more behind the scenes details!


Check out more behind the scenes moments with the hashtag #OutlanderArtistry 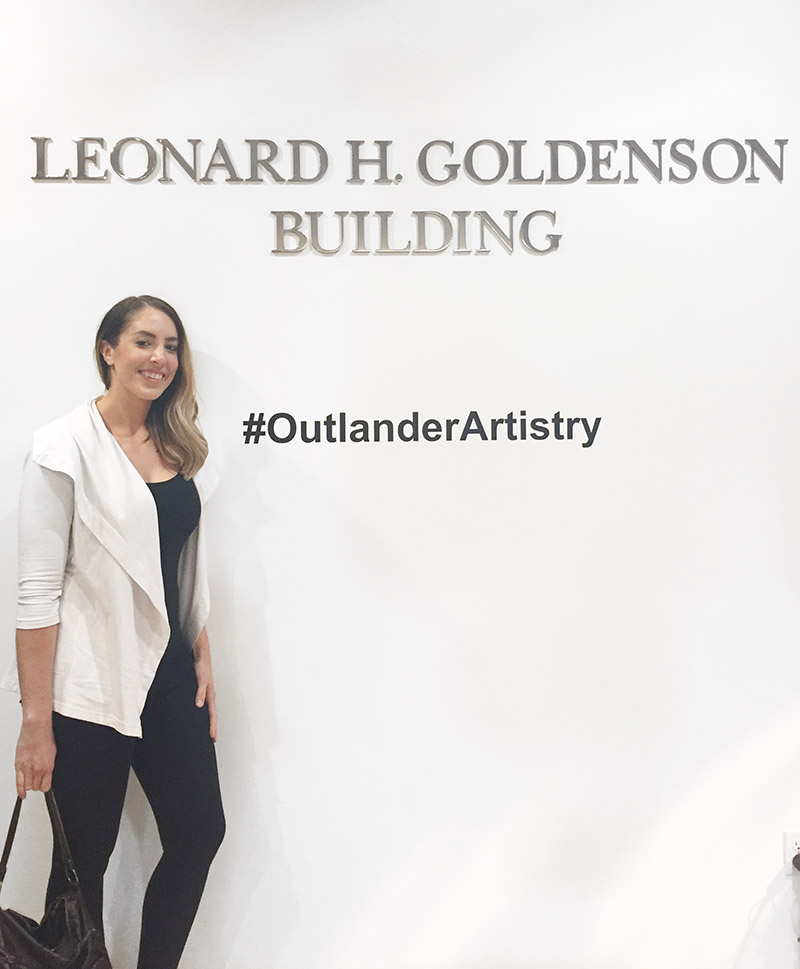 Thanks for letting me share my experience with you all!

What did you think of this event?  Which costume and/or set has been your favorite in season 2?