Claire and Fergus: A Mother’s Instinct

One of the highlights of season two for me was watching Claire and Fergus’ burgeoning relationship. A child who has never known a mother and a pregnant woman preparing to become a mother for the first time – what a beautifully unique and dynamic character duo for the book and show to explore! While Jamie and Murtagh provide Fergus with the ever-important male mentoring and guidance every young man needs, it’s Fergus’ relationship with Claire that most struck me. This was especially true as we reached the point in the season where the men returned to Scotland and prepared for impending battle. While watching “Je Suis Prest,” one question came to mind – why did Claire pull Fergus away from Shinty with the men, when he was clearly having fun?

We see Claire go into full-fledged panic mode in this episode, and it’s understandable. As she watches the clan men preparing for the upcoming rising, she is transported to the time she served as a British Army nurse, in World War II, and she relives memories that trouble her, even haunt her. She is reminded of the similarities of the cost of war, no matter the time period. Her mind recalls the downtime the soldiers had, as well as when they were met with their untimely deaths. The unnerving familiarity of her present moment with her past forces her to grab little Fergus away from playing. She doesn’t want history to repeat itself; she knows all too well that young soldiers can play games with each other one day, and then the next, perish on the battlefield together. Fergus is not going to meet that fate, not when she has an eye on him. Fergus is a curious and somewhat precocious child with little to no inkling of the dangers of war. But why should he? There is an excitement in the atmosphere and he is thrilled to be witnessing the adrenaline rush of preparing for battle. But, Claire has seen young soldiers die. The chilling recount of the soldier that cried for his mother is reason enough for her to make sure that Fergus is far away from the surroundings of war.

Pulling Fergus away from creating a friendship with the men is good parenting. If these men do not return, their loss will not be as crippling as it would be if he gets close to them. If he doesn’t form close friendships with them, then there’s a chance that he wouldn’t sneak off with them to battle. Her Fergus will be safer. 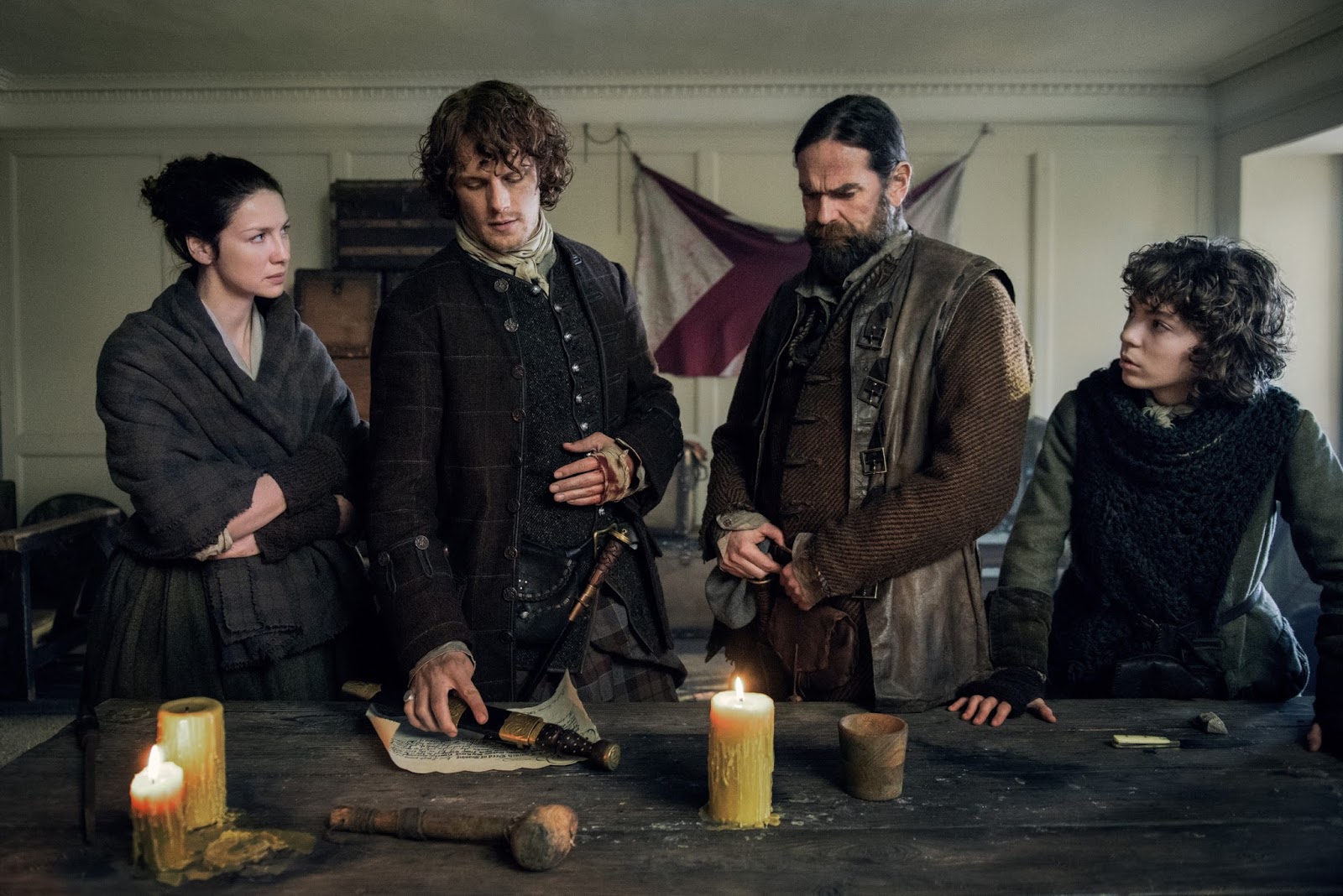 We have to remember that it wasn’t long ago that Claire lost a child – she certainly isn’t going to lose another. Claire has taken Fergus under her wing, mending the void left behind from losing her baby, Faith. Recalling Reverend Graham’s advice to Frank – “children accept the world as it is presented to them” – you’re struck with how aptly that also applies here, on both accounts. To Fergus, Claire is the closest to a mother he’s ever known. And for Claire, she loves and views Fergus as her child, whether she bore him or not. Her innate motherly instinct is in overdrive when it comes to the impending war and Fergus’ well-being.

But after all this – sneak off, he did. Claire’s effort to protect Fergus from war is futile when he disobeys her and Jamie’s orders and joins the men to fight at “Prestonpans.” The war may have been won by the Scots but with every victory comes its tragedy. Little Fergus is traumatized by the reality of taking a life. It might be brutal to point out the hard truth that even the most loving mother can only do so much when the child doesn’t listen, but it’s true. Claire seeks out Fergus when the men return and she is very relieved to find him whole. Although she sees that he is definitely worse for the wear and battling the crippling effects of shock, her maternal instinct kicks in to reach out and comfort him as only she knows how. He will be reprimanded later but not in this moment because this is not the time. This is the time for motherly comfort and love.

All of this reminds me of part of a poem entitled, War Mothers, by Ella Wheeler Wilcox:
Something within us broke,
Something within us woke,
The wild cave-woman spoke.
When we heard the sound of drumming,
As our soldiers went to camp,
Heard them tramp, tramp, tramp;
As we watched to see them coming,
And they looked at us and smiled
(Yes, looked back at us and smiled),
As they filed along by hillock and by hollow,
Then our hearts were so beguiled
That, for many and many a day,
We dreamed we heard them say,
‘Oh, follow, follow, follow!’
And the distant, rolling drum
Called us ‘Come, come, come!’
Till our virtue seemed a thing to give away.
War had swept ten thousand years away from earth.
We were primal once again.
There were males, not modern men;
We were females meant to bring their sons to birth.
And we could not wait for any formal rite,
We could hear them calling to us, ‘Come to-night;
For to-morrow, at the dawn,
We move on!’
And the drum
Bellowed, ‘Come, come, come!’
And the fife
Whistled, ‘Life, life, life!’
Did Claire’s relationship with Fergus ready her to be a mother? Or did she always have the instinct, even before taking him in?