“I Have to Go Back” – The Scotland Diaries: Part 2

“I have to go back.” – the haunting last line of Episode 13 of Outlander  Season 2, uttered by Claire Randall Fraser when she realized that her 18th century soul mate, love of her life, and father of her only child survived the Battle of Culloden. It’s also EXACTLY how I felt shortly after returning from my first trip to Scotland in the spring of 2016… although, unlike Claire, no soaring Bear McCreary soundtrack accompanied my revelation nor, unfortunately, visions of a tall, red-headed Scot!

The first time I traveled to Scotland, I thought I knew what to expect. For more than a year, I had looked at photos, read several books, re-watched episodes of Outlander  dozens of times and imagined what Scotland might be like. But, it completely and totally exceeded every expectation I ever had. I truly came alive there and, for those few weeks, found myself in a state of complete wonder and frankly – just plain happiness. It was the landscapes, the air, the sea, the mountains, and the hills that captivated me. But more than that, it was the people.

It might have been my love of Outlander  that compelled me to visit the first time, but it’s now Scotland itself that commands me to return. I know there is more to see, more to do, more lovely Scottish people to meet and more of my soul to fill. I journaled those amazing few weeks last year for the Outlander Cast Blog in a series called “The Scotland Diaries.”  I will do my best to do so again amidst dodgy Wi-Fi and cross-country travels with the hope of sharing my second go-around with this lovely and soulful country which serves as inspiration for Diana Gabaldon’s Outlander  Series. Here is a little sneak peek of where my travels will take me as I head off in just a little over a week’s time.

On my first trip to Scotland, I spent a lot of time walking and hiking. That was by design. I had no desire to see Scotland from inside a coach. To experience Scotland fully, you must become part of it. This much I knew. I also was very fortunate to spend lots of time by the sea. After a week’s tour of the Highlands and a few days in Edinburgh, I spent several glorious days on the Isle of Skye as well as along Scotland’s west coast. As much as I enjoyed the beauty of the Highlands, I really loved being by the sea. It called to me and inspired the itinerary for this return trip. 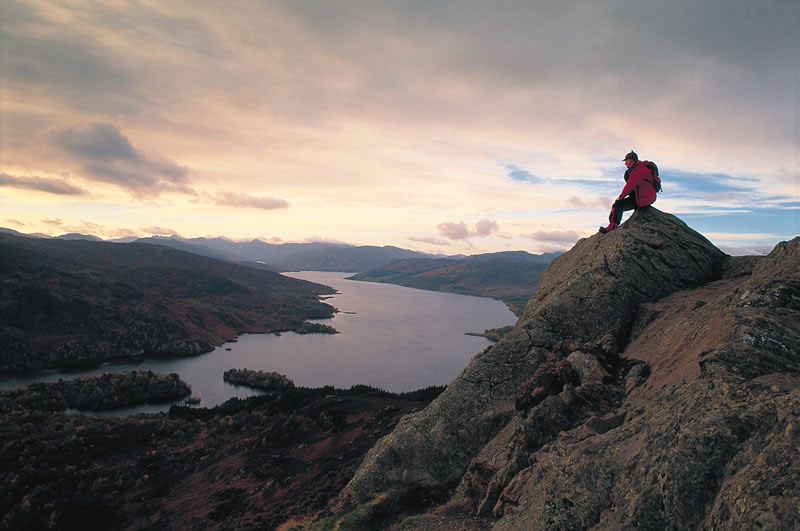 At the beginning of my first trip to Scotland, I had the opportunity to meet several Scots I had corresponded with and had gotten to know through our mutual love of Cavalier King Charles Spaniels. We are all devoted owners of this dog breed. Seems odd, I know, but these people have turned out to be some of the most hospitable and warm people I have ever met. One of them is an accomplished Hill Walker and adventurer. A few months after I returned to the U.S., he told me he planned a week-long trek in 2017 on the Isle of Arran – a small island off Scotland’s west coast. The Arran Coastal Way is a 65 mile/105 kilometre circular route packed with wildlife, amazing coastal scenery, mysterious caves and cairns and its own set of ancient standing stones. Arran is often referred to as “Scotland in Miniature” as it seems to encompass almost all attributes of the entirety of Scotland including areas referred to as lowlands and highlands. Shortly after hearing of my friend’s intentions, I announced that I planned to join him. He dinnae have much to say about it! It was decided. 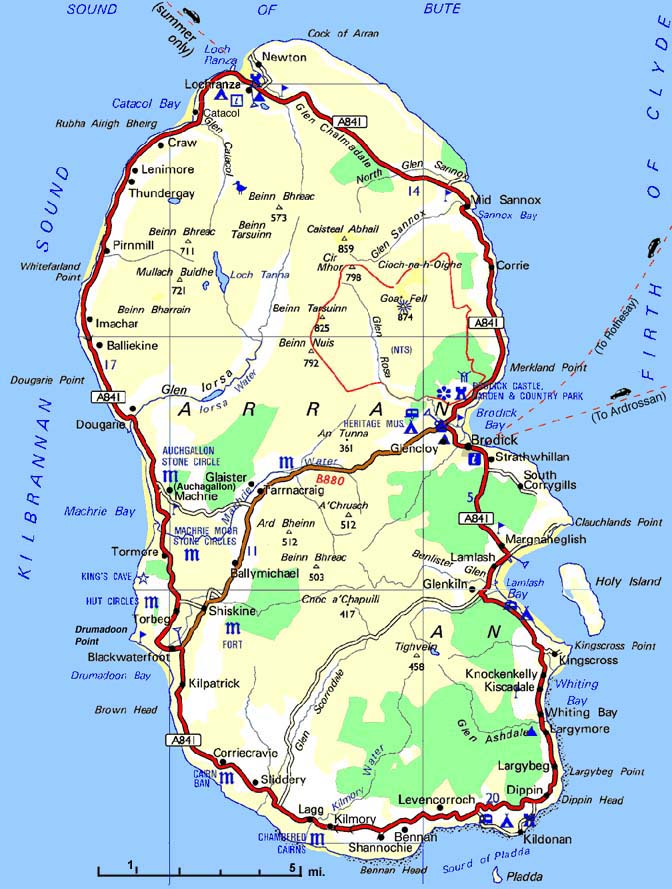 After a brief stay in Glasgow, a friend I met last year on my Outlander  tour (another American) and I will head across the Firth of Clyde to Arran. I have rented a beautiful self-catering beach cottage – perched just above the sea in a small village on the southwest side of the island, called Lagg. My Hill Walking friend and guide will stay just down the road with a few other mutual friends and some of his family. Each day, we will walk a segment of the Coastal Way and at the end of each day return to our cottage to enjoy meals and late evening sunsets. The sun sets pretty close to 10:00 p.m. this time of year in Scotland. So, there are many daytime hours to enjoy. 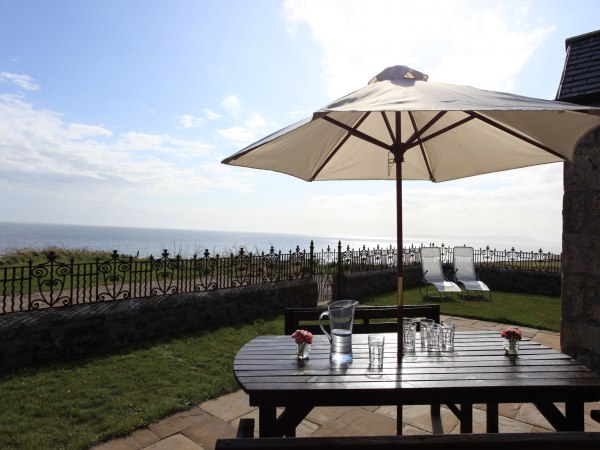 View from my cottage on Arran

I have never walked or hiked 7 to 9 hours a day for 7 days in a row. It’s My Peak Challenge for those of you who are also Peakers. Some days our routes will be 12-15 miles in a day. We plan to complete the walk in 7 days, including a climb of Goat Fell – the tallest peak on the island, falling a few kilometres short of being classified as a Munro. Goat Fell will be my first Scottish Hill Walking ascent of anything this height and my first Corbett, a step below a Munro. Corbetts are mountains in Scotland between 2,500 and 3,000 feet tall with at least 500 feet of descent on all sides. 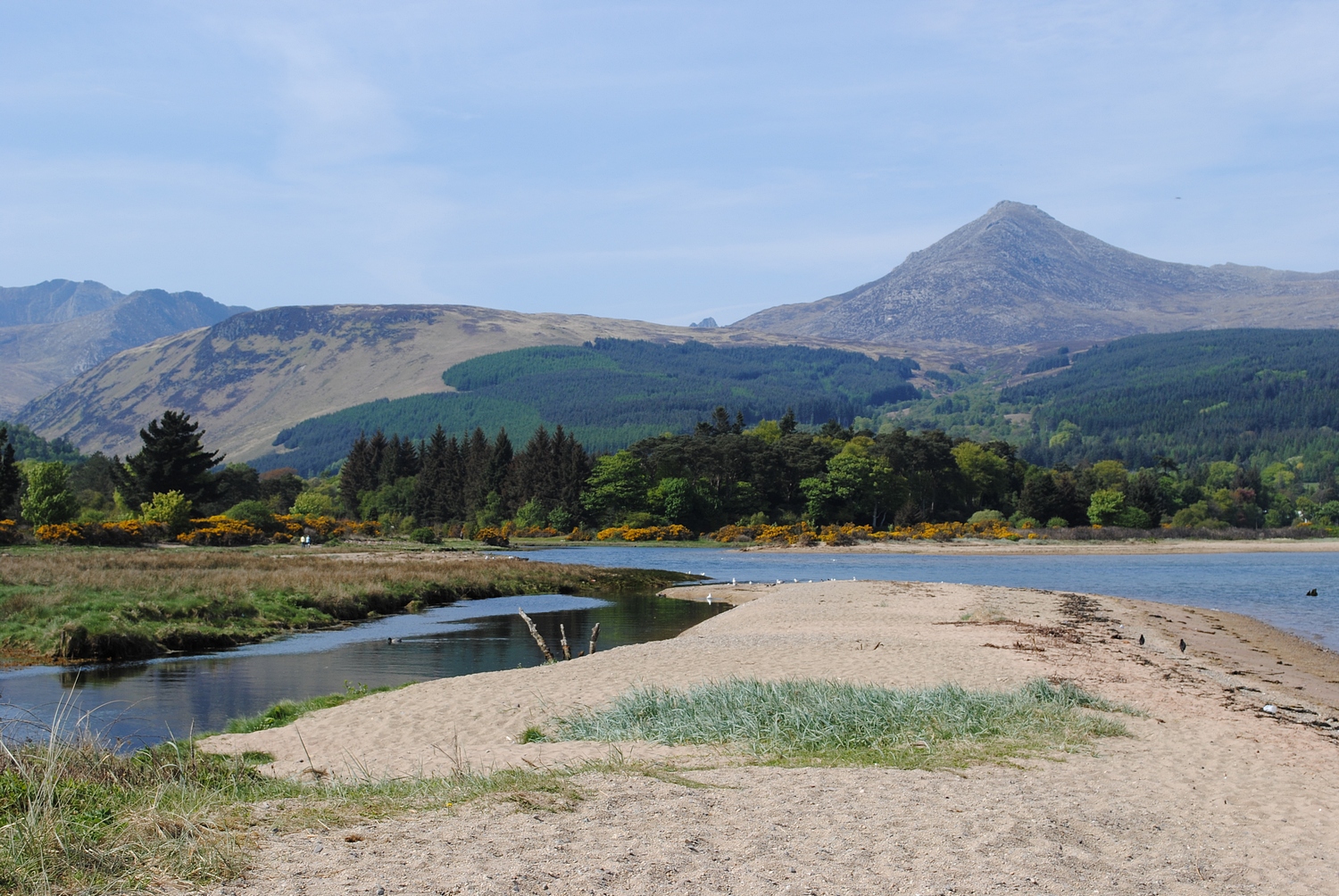 Goat Fell in the distance

But, besides the wonderful scenery and the thrill of the challenge, I am most looking forward to the companionship of some wonderful people. I literally have invited every person I know in Scotland to join us! Several of them will be coming over to walk a segment or two of the Coastal Way, share a meal and be part of the adventure. Most I have met in person, but some I know only virtually and will meet for the first time. My 4-bedroom cottage will be bustling with visitors – just the way I had envisioned it. It’s going to be a party on Arran, and I am hopeful I will have enough energy at the end of each day to enjoy a dram or two and the telling of tales. No one tells a story like a Scot!

At the end of our trek on the Arran Coastal Way, my friend and I will check out of our cottage and check into the luxury of the Auchrannie Resort & Spa on Arran. Here we will spend the weekend recovering from our trek and getting pampered at the spa. On Sunday, we will meet back up with my very favorite Scottish tour guide from Slainte Scotland, Catriona Stevenson, for a week-long private tour of more seaside destinations. I was so lucky to have met Catriona almost two years ago. She planned the private tour portion of my last trip to Scotland and it was a match made in heaven. Not only is Catriona a knowledgeable guide and Outlander  aficionada, but she has become a friend as well. She is also very passionate about Scottish history. I could listen to her talk about the Bonnie Prince and ‘The Forty Five Rising’ all day long!

Catriona has planned a wonderful week visiting more of Scotland’s beautiful islands, including Staffa, Mull, Iona, Islay, as well as time to explore the village of Oban, known as Scotland’s Seafood Capital. We will arrive on Islay at the very start of the annual Whisky Festival and have lots of adventures planned along the way – most involving boats, kayaks, beaches and whisky, of course! 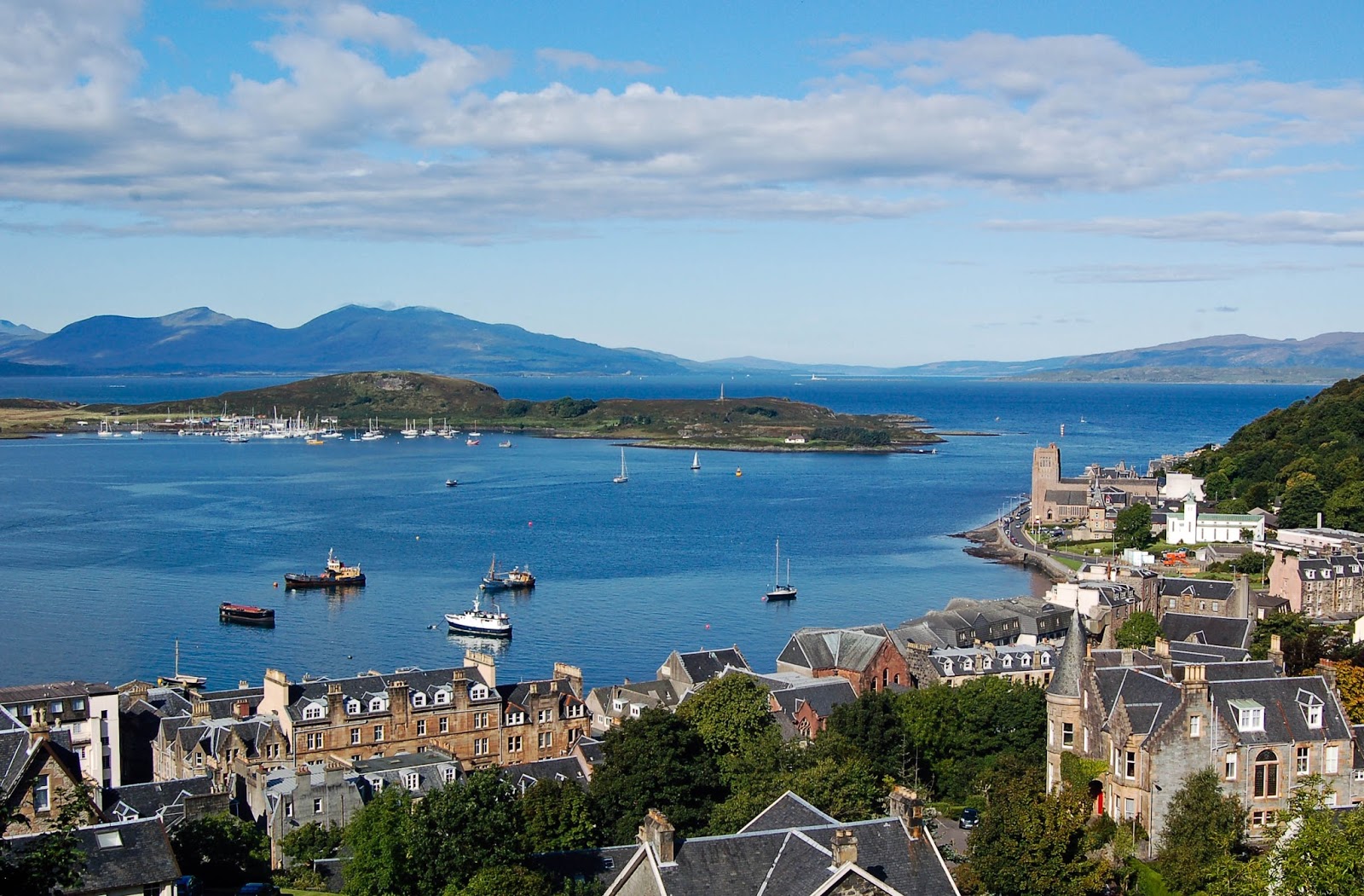 We will wind our way back to Glasgow after our island hopping, where my friend will head home to the states and I will remain for another 5 days. I will stay with friends from Kilmarnock and spend several additional days exploring more of Scotland’s west coast. I got a taste of Ayrshire and its beautiful coastline last year when I stayed with these same friends. I wrote a bit about it for the Outlander Cast Blog, as it served as a filming location for what we believe will be some of Season 3’s most dramatic scenes. We saw a lot on my last visit to Ayrshire but couldn’t get to it all, so I am so excited to again spend time in the company of dear Scottish friends at their lovely home. Seeing the country through their eyes is a special experience and I’ll say again, no one spins a yarn like a Scotsman. My friends are born story-tellers!

I fully expect at the end of these three weeks, I might not want to go home. I also anticipate several unscheduled and maybe even unforeseen jaunts along the way. I know with certainty, however, that I will meet many more lovely Scottish people and, if I am lucky, perhaps stumble on a few more Outlander  filming locations.

I discovered last year that if you are open to it, there is all sorts of magic that can happen in Scotland. The magic of a place, of a feeling you get, of the synchronicity of a chance meeting or opportunity that presents itself. There is magic in the land and the sea and the sky in Scotland if you are willing to embrace it.

Yes, I have plans for this trip, but the magic will come from the unplanned experiences and the willingness to say “Yes, I will” to a circumstance out of my comfort zone. I found that Scotland makes you brave. I don’t totally understand it, but as Outlander’s  Geillis Duncan once said, “Sometimes you find yourself on a path you never expected. Doesn’t mean it can’t lead you to a bonnie place.” For me, that place is Scotland.

I will try to post Diary entries as often as I can. I am not entirely sure how connected I will be, especially at my cottage on Arran. But, I am sure, I could be persuaded to log-in to Wi-Fi at the local pub to get a blog post published. A twist of the arm – or a bend of the elbow – and a pint of Arran Ale plus Wi-Fi to get the job done.  As a blogger, it doesn’t get any better than that!

If you have never been to Scotland, I invite you to live vicariously through me and follow along. Our readers are what make what we do at the Outlander Cast Blog so meaningful. Therefore, I sincerely hope you will keep up with my journey and maybe find your own magic with me as we travel Scotland together.  Slainte! 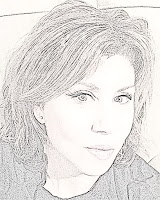 
Have you traveled to Scotland? If so, how many trips have you made?
What is something you would really like to see and experience in Scotland?