email
Surviving Outlander’s Droughtlander is real and challenging. Here are 8 reasons Turkish TV series—yes Turkish TV!—can help you make it through.
Droughtlander is nearing its end, thanks to all the gods and goddesses. While we’ve all had our go-to coping mechanisms, from multiple re-watches to re-readings etc., one that emerged in my life, and one that I’ve noticed others in the Outlanderverse talking about—is the world of Turkish television drama. Turkish TV, you say? Yes, Turkish TV.
When I needed a break from re-watching Outlander—it can happen, my friends—these Turkish-language TV dramas became my Droughtlander go-to. They are all subtitled, and occasionally come with a few inadvertently funny and memorable English translations. While nothing may compare to Outlander, here are eight reasons you should consider checking out the Turks when the next Droughtlander comes around.

My first Turkish TV exposure was to 2014’s Kurt Seyit ve Sura. Based on a true story by author Nermin Bezman, it takes place during the Bolshevik Revolution, traveling through Russia, the Crimea and old Istanbul. Fabulous costumes, emotional acting and a cast of interesting characters, one of whom is the male lead played by actor Kivanc(pronounced “Keyvaunch”) Tatlitug. Widely known across Turkey and the Middle East, Kivanc may well be the Mediterranean King of Men. I moved on to the modern-day Cesur Ve Guzel (2016), and worked backwards to 2011’s Kuzey Guney, which is my hands-down favorite. I’m currently in the midst of my fourth show, Gumus, and I still can’t stop watching. Without further ado, here are the reasons you should jump in too. 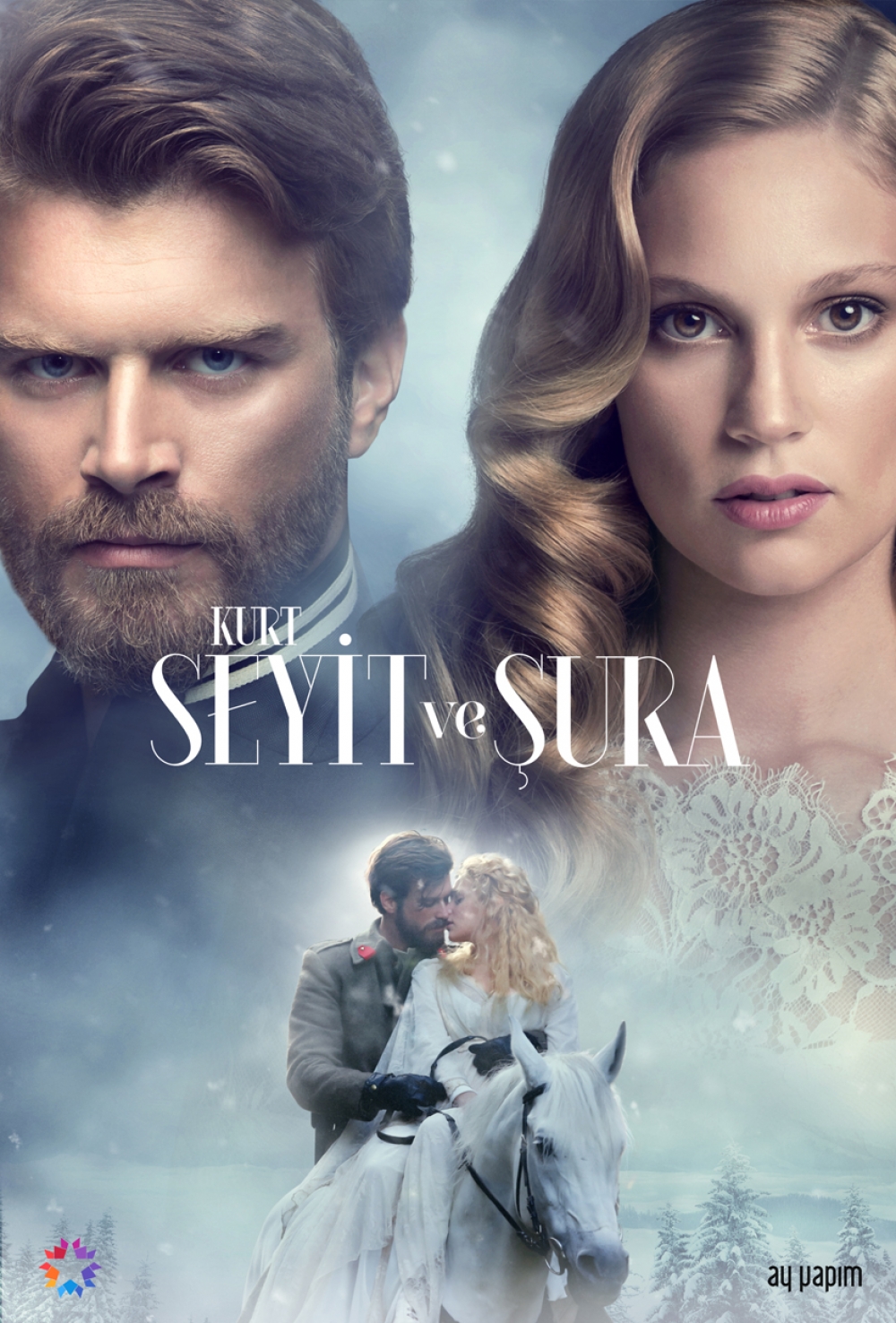 The deep and abiding love between the male and female leads is constantly challenged by obstacles that may include scheming exes, duplicity and prolonged misunderstandings. Mix in family treachery, politics, big business and sibling rivalry, and you’re hooked.

The extended family is a thing in 18th century Scotland and in any century of Turkish drama. All generations reside under one big roof, even in modern-day settings. For every Lord Lovat and his long-suffering son, Simon, I can find you a Turkish drama counterpart. In the Turkish version, however, the subtitles may give us the elderly father exclaiming to his long-suffering son, “You donkey! I spit on you and your crazy ideas!” (Cesur ve Guzel)

I don’t think that Jamie Fraser can ever be replaced in my heart of hearts, but the male protagonists in Turkish drama also tend to be loyal, honorable, courageous and handsome, and yet are not without flaws. Red-haired heroes—whether bearded, clean shaven, grubby or completely dolled-up—James Alexander Malcolm Mackenzie Fraser and the Turkish character, Kurt Seyit Eminof (played by Tatlitug), both fit the royal title nicely: Kings of Men.

The lead story line will be a love story, and the acting pulls you in by the heart. The female leads may be fragile, confident, guarded or headstrong, but the males typically decent and honorable. Somehow, the taxi driver, the cafe owner, and a host of relatives become characters you are loath to part with at the end. Sleek business men, crusty fathers, hand-wringing mothers and flighty hair stylists are all there for your exasperation and affection.

Black Jack Randall has his moments—most of which are terrifying. Be it expressions of love, cruelty or grief, I’m watching through my fingers. The Turkish villains I’ve met are evilly creative, all have mustaches and are occasionally the Dastardly Dick type (i.e., tying Polly Pureheart to the railroad tracks). Turkish villains kidnap beloved relatives, lie convincingly to the hero’s true love or plot to murder the mother of said hero. If it’s one thing I’ve learned watching this stuff: don’t mess with a Turkish man’s mama. Just don’t.

The tears shed by JAMMF rip our hearts out every single time. The Turkish drama must include man-crying. In joy, love, despair or anger, man-crying in Turkey runs the gamut of a single tear to eyes brimming over and ready to spill, all the way to the full-throated wail. None of the characters seems self-conscious about it; it’s manly.

We lightweights wring our hands in anxiety when the number of episodes in Outlander is any less than the glory days of Season 1, when 16 full episodes seemed fabulously generous. A Turkish adaptation of Diana Gabaldon’s big books would astound many readers, because I have yet to watch a Turkish show with fewer than 40 episodes—and they are typically 90 minutes EACH. Imagine: every word, scene and plot twist could potentially be there on screen, and every Outlander book purist would be in heaven. And the Twitter feed perhaps more pleasant overall.

I’ve learned a world about Turkish customs, where the specific greeting for the specific time of day is repeated by every single person in a group scene. Where the middle and poorer class Turks remove their shoes in exchange for slippers upon entering the home, and the upper classes do not, and 20-somethings need their parents’ permission to go out with friends. The kisses are double—one per cheek—and that includes the men. A wedding ceremony is sitting at a table with witnesses and officiates, saying “I do” and signing a red book, which the bride gets to keep. Then everyone applauds. I take in stride some of the gender issues, as different cultures come with differing values and may not be what I am accustomed to. Finally, I don’t mind subtitles, because I prefer to hear the actors’ voices, as well as the actual language, and I’ve picked up quite a bit of Turkish, too.

The enriching experience of other cultures, other time settings, and other lands is something both Outlander and Turkish drama bring us. Outlander Season 3 will be watched and re-watched, and I’m especially excited because Season 3 is Voyager, which is among my top three favorites of the book series. Come September 10th, “my Turks” will be on an honorary sideline to be savored again soon, because Outlander goes by much more quickly than we’d like.

Some of the series are easier to find than others. Here are some tips.

• On the Vimeo app, a search of “Purple Reign” under People will bring you to the fruits of the hard-working Lila Feisee. Her Vimeo page includes most of the subtitled shows I’ve mentioned.

• Lila administers a page with most of the TV series, as well as a few movies, all featuring the Turkish actor Kivanc Tatlitug. All are subtitled in English

• Netflix has the English subtitled version Kurt Seyit ve Sura in its entirety.

Have you discovered Turkish TV during Droughtlander? If so, which are your favorites?