A Scotsman’s Take on the Impact of Outlander

Neil Robertson, a Scottish travel blogger, writer and broadcaster at Travels with a Kilt, offers his insights on the impact of Outlander in Scotland.

Editor’s Note: We occasionally have guest contributors with an expertise in a subject write a blog post for us. For this post, we welcome Neil Robertson, a Scotland travel blogger, writer and broadcaster as Travels with a Kilt. A relentless traveler of his home country, he loves nothing more than getting mislaid up a mountain, poking around an ancient ruin or chasing his drone around a loch.

With a lifelong interest in history, a fierce passion for all things Scotland and with a career in our tourism industry, in recent years Outlander has come screaming into my life with the ferocity of a Highland charge. But how do I feel about it as a show? How have Scots more widely responded? And what is Scotland’s relationship with the show as we all start to impatiently await Season 4?

Growing Up with the Jacobites

‘The Jacobites’ was always a popular chapter in school. Some of the girls would grumble a bit (Jamie Fraser had yet to be conceived, I suspect it might be a different story nowadays), but many of the boys would look at each other with mischievous excitement at this kind of curriculum announcement. A bit of blood and gore would prove a welcome distraction from the disastrous early stages of science; heinous beginners’ attempts at practicing French or appalling concoctions in home economics that’d make your parents weep. Swashbuckling Highlanders giving the English “whit fur” will always go down a storm in the education systems of state-school Scotland and it was one of the chapters that most gripped me in our long and tumultuous history.

We’d study the religious divide (which still rears its head from time to time), the long and, at times, extremely difficult relationship with England, and we’d learn about the unique Highland way of life. The ever-changing monarchy of Scotland and England was admittedly hard to grasp and I always found it easier learning about the tactics at Killiecrankie and Culloden or the aftermath of the 1745 scrap that definitely ended the Jacobite movement. Or of Bonnie Prince Charlie’s innovative means of escape and the history-defining Highland Clearances that changed Scotland forever. What with it still being a sensitive subject, everything in school was carried out with as much neutrality as possible. Whatever the religious or political sensitivities, though, everyone was united in condemnation about The Clearances. Truly one of our darkest chapters. 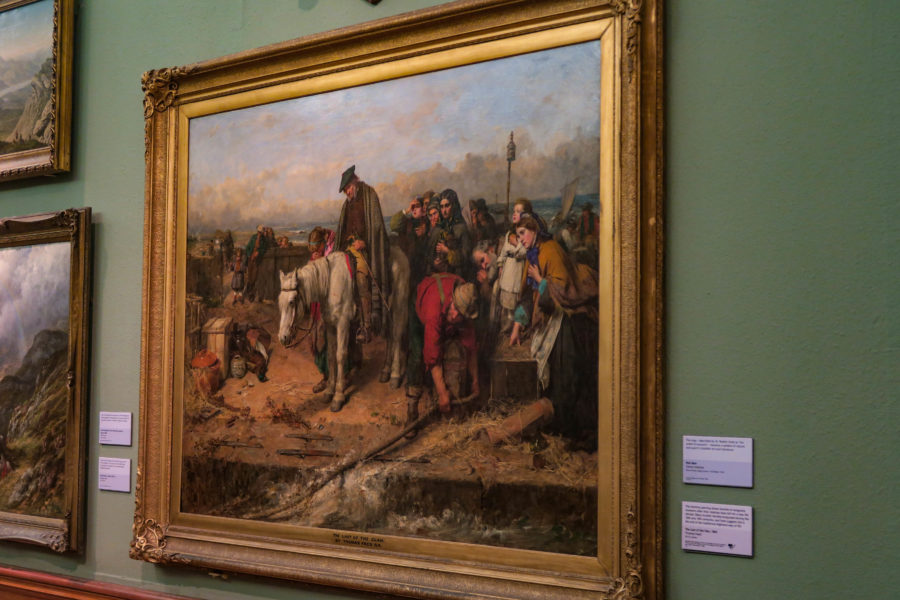 Mainly as a result of our schooling, I think Scots regard Scottish, history-themed films and TV shows with a skeptical distrust from the off, fearing that they will retain only a fleeting regard for historical fact. I remember sitting down for Season 1, Episode 1, notebook in hand and expecting to tear into the inaccuracies and exaggerations. The fact that I’m writing this now, years later, prove that my fears were unfounded and I’ve become a firmly established fan of the show. The fabulous work of Diana Gabaldon has been transferred to the screen and the attention to detail stands out firmly — even to the extent that time travel and romanticized creative licence blend seamlessly into the historical backstory. From the costumes to the casting, I’ve been gripped. While Rob Roy — a timely reminder that Liam Neeson has been kicking arses for several decades now — and Braveheart were seen as the big hitters when I was growing up, Outlander is one I’d love to have had access to as a wee boy. It’d have made those lessons even more fun.

The Scottish Reaction to Outlander

Astonishing as it may be, Outlander is still a relative unknown in TV chatter here. UK audiences were very much late to the party as the show did not find its way onto our screens until relatively recently. There were even (seemingly genuine) reports that the former British Prime Minister David Cameron had blocked the show from being broadcast at all in Scotland until after the 2014 Scottish Independence Referendum. Read into that what you will.

Over the last couple of years, however, word has spread and the British media have started fixing their gaze on the craze. The broadsheet newspapers in my circles inform me that their Outlander content is now amongst the most popular they run and Amazon Prime subscriptions will have seen a major boost from Scotland as we look to see where the show’s off to next. Aside from the “field” filming locations, the production seems to operate in Cumbernauld around a half hour from my own Glasgow base. I’ve known extras who’ve starred in the show and it’s fantastic to see so many familiar local faces from our, admittedly pretty small, casting circuit.

It will probably not be news to you that Outlander has worked wonders for the Scottish tourism industry. Aside from the historical interest in the Jacobite chapter (and the optimistic hope that all the lads here look like Sam Heughan), worldwide visitors have been flocking over in recent years to visit the many filming locations for the show that are dotted around the country. I love that. Their locations team have put enormous thought and care into the selection of some of Scotland’s most atmospheric and photogenic locations — and most of them are off the well-wandered tourist trails.

The Kingdom of Fife saw its pretty villages like Culross (Cranesmuir) and Falkland (Inverness) thrust into the spotlight like never before. Tucked away little treasures in Perthshire and Dumfries and Galloway ring bells of familiarity with Scots. Criminally under-hyped Ayrshire has even made a name for itself in Outlander Season 3 with a certain coastal castle creeping in. More familiar favourites like Glen Coe and the backstreets of Edinburgh and Victorian statements in Glasgow complete the tour of Scotland that many are now signing up for. 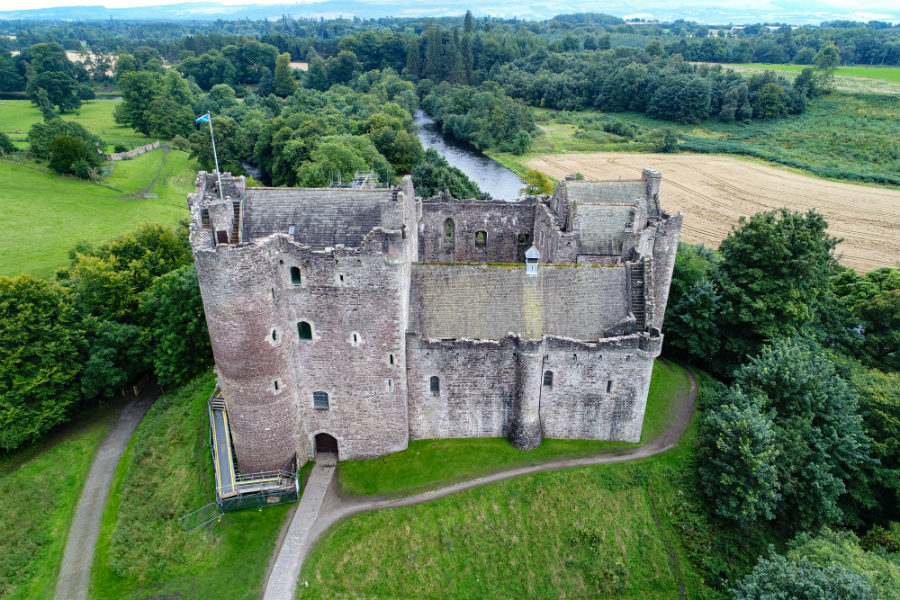 Craigh na dun, though, best shows the pixie dust-like magic of the Outlander effect. A random collection of trees in a field overlooking Loch Rannoch in Perthshire shot to fame in a way that the local farmer could not have imagined in his wildest dreams! Completely off-the-radar as a tourist spot (no signs, no maps, no humans in sight), it’s far from an easy place to find — although the more determined fans of the show have still uncovered it. Even generally difficult-to-awe characters like me will admit that the tingles do start on the final approach and the, unfortunately fictitious, standing stones couldn’t have been placed on a more imagination-inspiring spot. 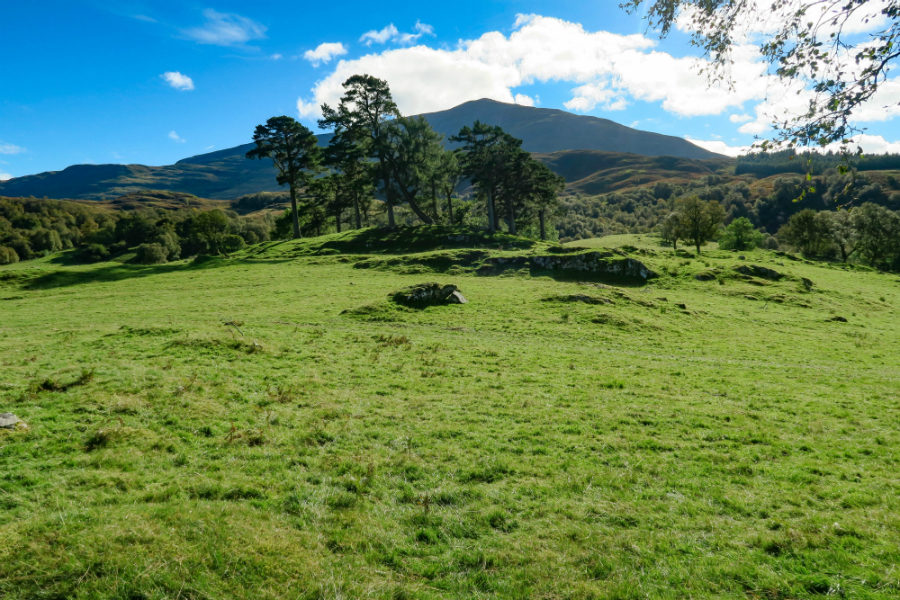 For those thinking of such a pilgrimage, I teamed up with some fellow Scotland-based bloggers, The Scotlanders (can you tell we’re fans?), and took in all of the sites from Seasons 1 and 2 last summer in a frenzied simultaneous burst of digital activity over a weekend. Read up about my own experience of the campaign here and, brace yourself, a Season 3 run is planned for early 2018 to continue the fun.

While Claire and Jamie’s travels may take them on an exotic worldwide wander, I think few could argue that Scotland will always be at the root of the show. For more reasons than I can name, I hope that that continues for many seasons to come.

Have you traveled to Scotland as a result of your Outlander obsession? If so, where have you visited? What would you recommend to people planning their first Scottish adventure?