The end of the “Droughtlander” draws closer with the release of the first full trailer for Outlander Season Six. 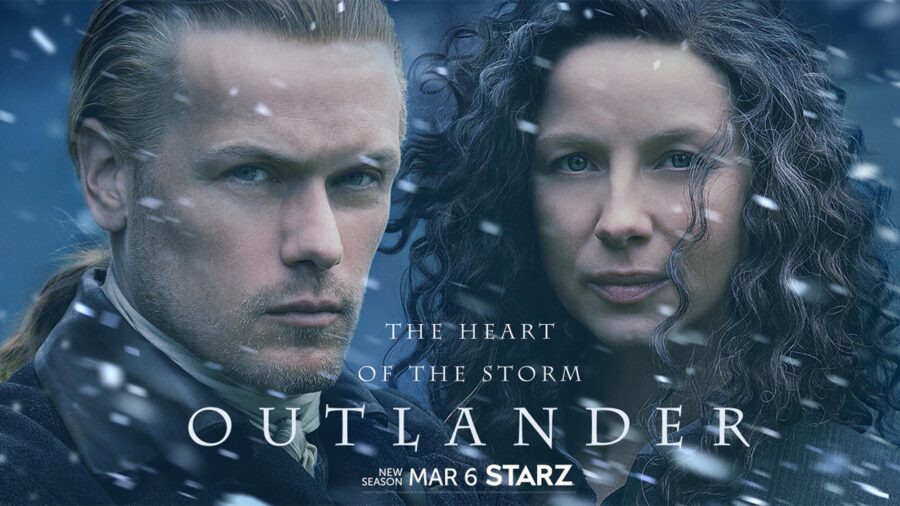 “Send not to know for whom the bell tolls,” says Tom Christie (played by Mark Lewis Jones) in the newest Outlander trailer, ringing in an ominous warning for what is to come. After getting a tease of season six at New York Comic Con last October, fans were finally treated to an official trailer. Previously, STARZ announced that this would be a much shorter season, with only eight episodes due to filming during the COVID-19 pandemic, but even in that limited time, we can already predict that it will be filled with no less drama than usual.

Claire, Jamie, Briana, Roger, and the rest of the Fraser’s Ridge crew have all returned, picking up where season five left off with the imminent arrival of American Revolution. Through images of muskets, shoot-outs, and red coats, we can see that Jamie will continue to struggle with his place in America and his responsibility to his family and the people of the Ridge. “I cannae be two things at once, Claire,” he says. “Rebel, a loyalist, agent of the crown, and an enemy of the king.” Not only will we see the head of the Fraser Clan face off against those who have settled in America, but also the Native tribes as they try to protect their lands, with Ian taking their side.

Not only will the Frasers have their hands full with threats outside the Ridge, but also from the inside. With the arrival of the tumultuous Christie family, there is sure to be little rest for our main characters. As someone who has yet to make it to reading A Breath of Snow and Ashes, I have only heard whispers of how their presence will affect Claire and Jamie, but even with just those whispers and with what was shown in this trailer, it is clear who our main antagonists for the season will be.

It would also seem that Claire will be having some internal struggles of her own. The horrific trauma faced in season five is not something that can be nicely tied up in one episode, and with some beautiful and heartbreaking shots and close-ups on her grief-stricken expressions, there is no doubt that we all are going to be blessed with another powerhouse performance by Caitriona Balfe.

We hear her desperation in the trailer as she grapples with what had brought her to this point in her life; in the throes of yet another war, witness and victim of so many tragic events. “We don’t belong here, yet here we are,” she exclaims about herself, Brianna, and Roger. “All because I loved you more than the life that I had.” This line so beautifully sums up all that Outlander is and provides the promise of the soul of the show being tethered to its roots, back where it all began in season one, with characters choosing their fates and making life defining choices. While the Frasers had done so much to make North Carolina their home, could this line also be hinting at another journey in store for them all? One driven by the desires to find true safety and peace at last for their family? Whatever is to come, Claire also makes it clear that no matter what they have to face, it will not come between her and Jamie. 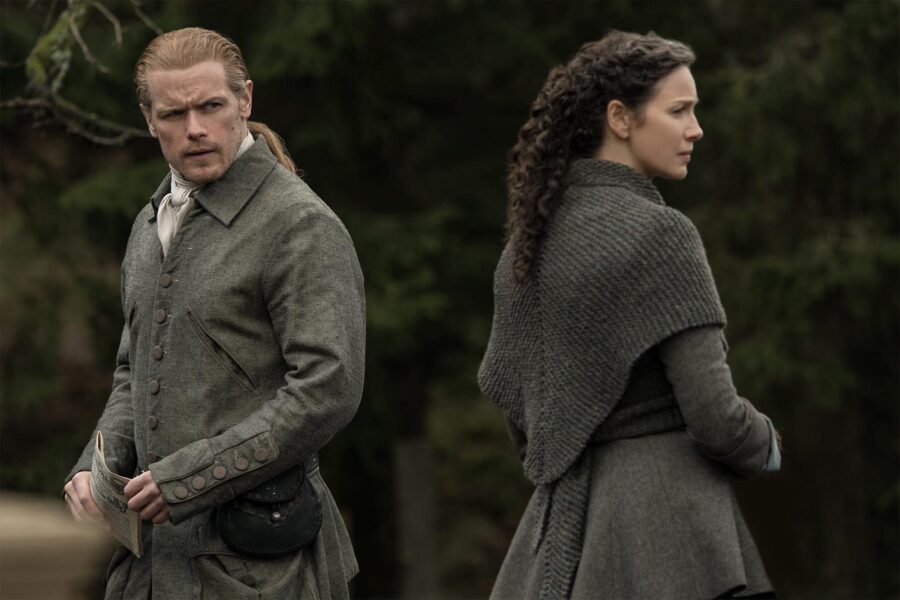 Not everything in the official trailer for season six points to doom and gloom. Claire and Jamie certainly haven’t seemed to have lost their passion for one another, and shots of a happy McKenzie family are enough to bring a smile to my face. The reappearance of Lord John Grey amongst the stunning costumes of wealthy colonists (one such woman I spotted seems to have stolen the dress right off of Eliza Schuyler from Hamilton) was also a nice change of pace; however, it is not enough to calm the dread within me, knowing it’s never all sunshine and rainbows in the world of Outlander. Like Claire mentioned at the end of season five, a storm is coming to the Ridge. Alliances will be tested, hardships will be faced, and as clearly seen in the trailer, a grave will be filled.

The bells are truly set to toll for someone in season six, but fans can take comfort in knowing that the bells will first be ringing for the highly anticipated end of the “droughtlander”.

What was your favorite moment from the season 6 trailer? What are you most anticipating from this new season?