Outlander Filming of Season 2 — The End is Nigh…

Outlander’s chattiest producer, Matt Roberts, has been quite forthcoming lately with regard to the rapidly approaching end to filming of Outlander Season 2.

Throughout the Christmas holidays, Roberts checked in several times on social media including this Tweet from the Writers Room in Los Angeles, where he and writer and co-executive producer Toni Graphia had been working on the final episode — Episode 13. 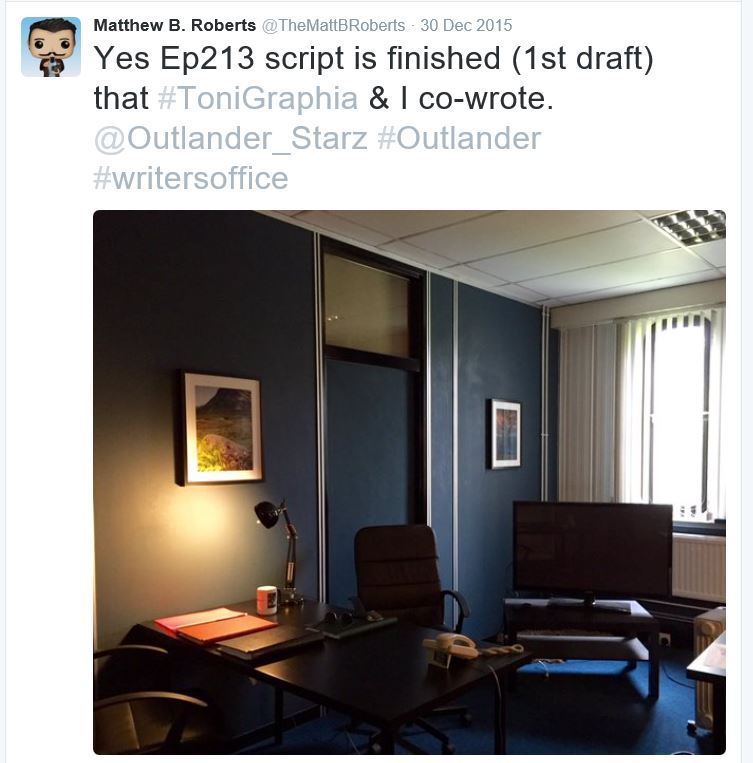 Prior to the Christmas break, Roberts had indicated he was out scouting locations for February filming, even joking that weather, most definitely, would play a factor.

Since it appears that filming has been non-sequential, hard to know if Episode 13 will be the final scenes of “Dragonfly in Amber,” the book upon which Season 2 is based, or something else. Book Readers find it particularly puzzling since we know Caitriona was filming at the Craig na Dun location several months ago. 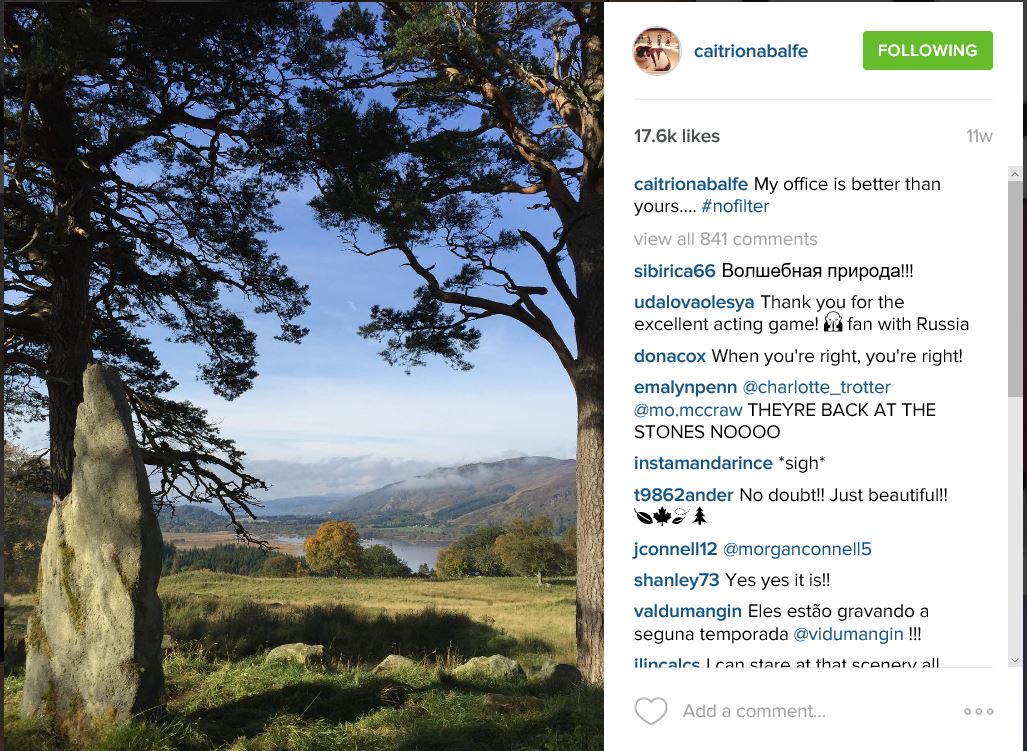 However, it could be that the Stones’ scene was filmed at this time because the weather was still relatively warm and before the harsh Scottish winter had set in.  For book readers, there are a lot more key scenes in those final pages of “Dragonfly” that make up the finale.  In addition, there is a wide-spread assumption that there are scenes to be filmed yet with Roger Wakefield and the yet-to-be-cast Brianna Randall.
I suppose we will know soon enough once awards season is over and the cast heads back to bonnie Scotland!  One thing I do know is that Roberts and Graphia are the dynamic duo.  Toni Graphia wrote several Season 1 episodes including “The Devil’s Mark,” “Rent,” and “The Watch.”  While Roberts penned “The Search,” “The Reckoning” and “The Gathering.”  But, there is one thing upon which all Outlander fans can agree is that the sooner they finish filming, the better!
What do you think about Matt Roberts and Toni Graphia writing Episode 13?  Are you ready for Droughtlander to end?