Last weekend marked a momentous occasion in the Outlander Universe,  The filming of Season 2 finally wrapped and the show now heads into post-production editing, etc., with exactly 7 weeks left until the April 9th broadcast premiere.  A few other notable things occurred.  Check them all out after the jump.
There were Tweets all around noting Season 2’s wrap.

It’s been a very long shoot.  The crew began in early May, 2015 shooting Season 2 and had to endure a particularly harsh Scottish winter.  I don’t think anyone associated with the show, however, would have anticipated a year filled with so many accolades and awards.  Notably, 3 Golden Globe nominations including Best Television Drama.  Let’s not even mention the dozens of online polls and awards that were won by our two lead actors, Sam Heughan and Caitriona Balfe, and the show in general.  The public relations effort out of STARZ has definitely picked up this past year although I still think the network is struggling with how to best support and promote its biggest success to date.  Outlander Cast Blog has covered both sides of this particular subject in posts here and here.  It does seem as if maybe STARZ is beginning to get its feet under them on the PR side as over the weekend, we were treated to a cover photo, extensive article and some amazing inside-the-magazine-photos in Entertainment Weekly — on newsstands now.  Although, of course, the cover and some of the inside photos didn’t escape controversy amongst the Fandom.  The Outlander Cast Blog had its own humorous take on the Entertainment Weekly cover, photos and article here and Diana Gabaldon committed to weighing in on the matter, herself.  See Diana’s response to the EW Cover controversy here.

And while all this was happening, Sam Heughan decided to use his first day of freedom from early morning set calls to get fitted for a snazzy new bespoke suit and outerwear from Edinburgh haberdashery Stewart Christie & Co.   Maybe STARZ PR should take a note from Stewart Christie who skillfully used social media to post some amazing (and professional looking) photos of Sam during his fitting as well as an insightful interview with our #1 Highlander.  In the lead-in to Stewart Christie’s social media posts, they dropped a little nugget and confirmed that there WILL be a New York City Premiere event for Season 2 (but no details) and that at some point, during the premiere press junket, Sam will be wearing his new custom Stewart Christie 3-piece suit.  Can’t wait to see Sam poured into his new suit!  Get the whisky ready and the smelling salts! 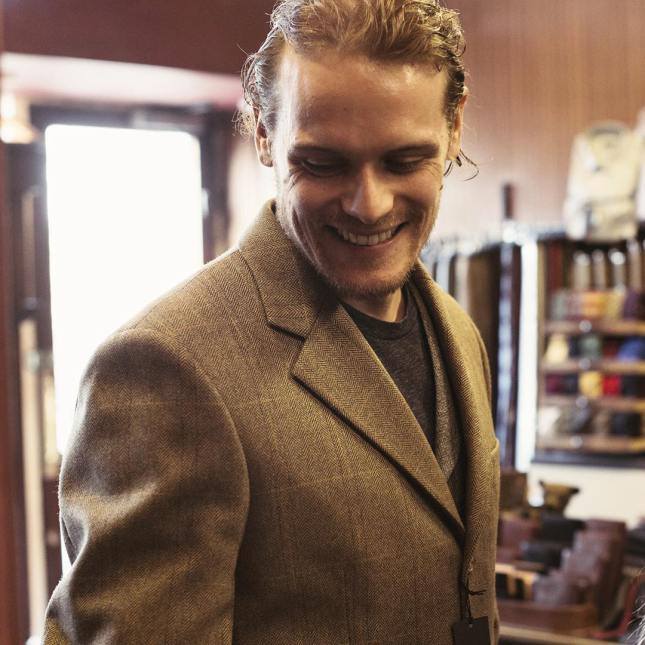 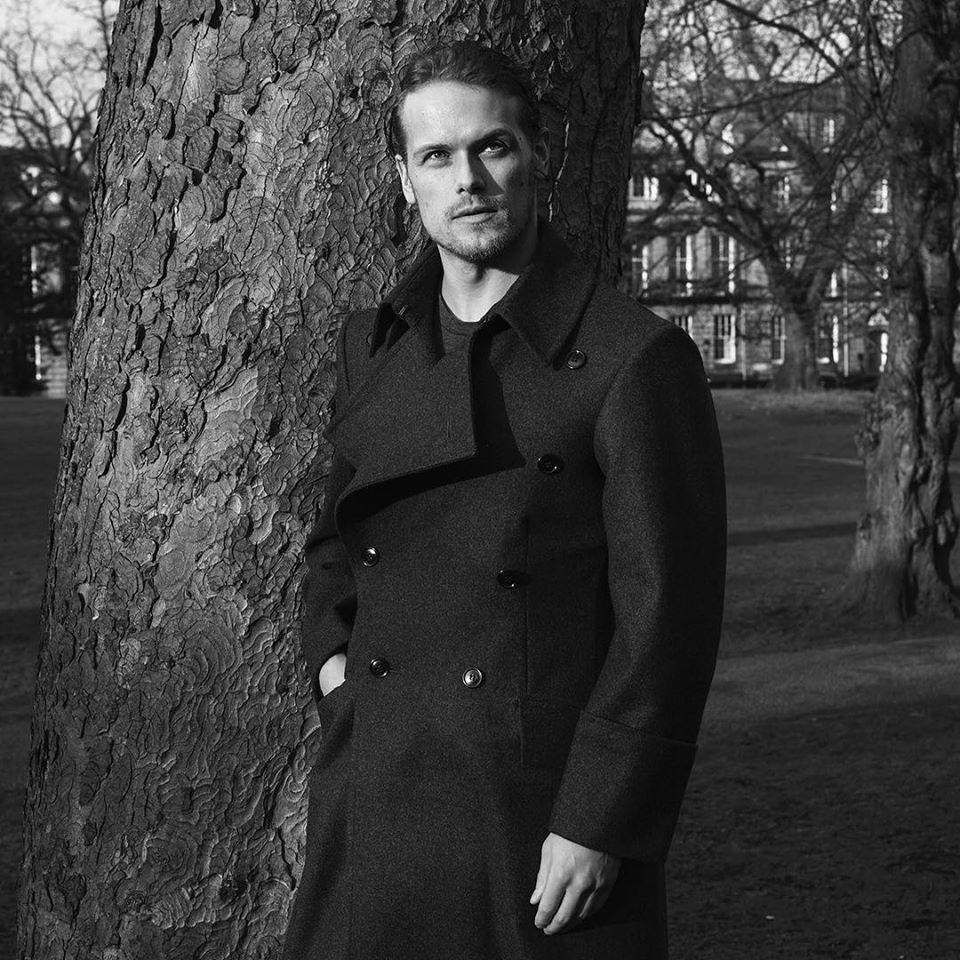 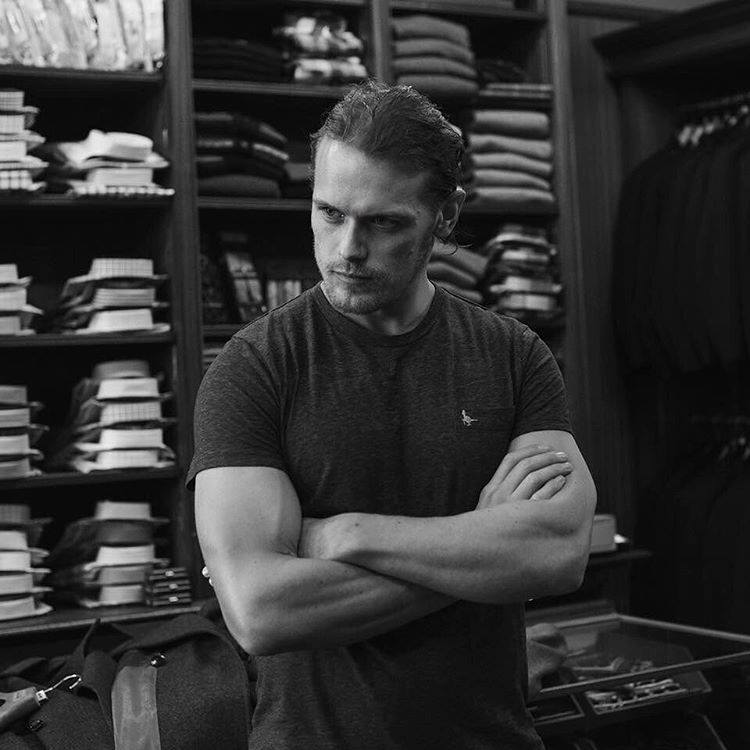 And, when there is a wrap, there is always a wrap PARTY — at least with this crowd!  Not a lot of details forthcoming on the particulars of the Party (which took place Sunday, February 28th) although costume designer Terry Dresbach was busy on Twitter posting a few tid-bits of the pre-party festivities.  It would seem her husband — showrunner, Ron Moore — Sam Heughan and Duncan Lacroix (Murtagh) gathered at Chez Moore-Dresbach for some pre-party libations.

Interesting not many leaks or social media banter from the actual party as it was happening…except for these photos.  Davie the driver gets around! 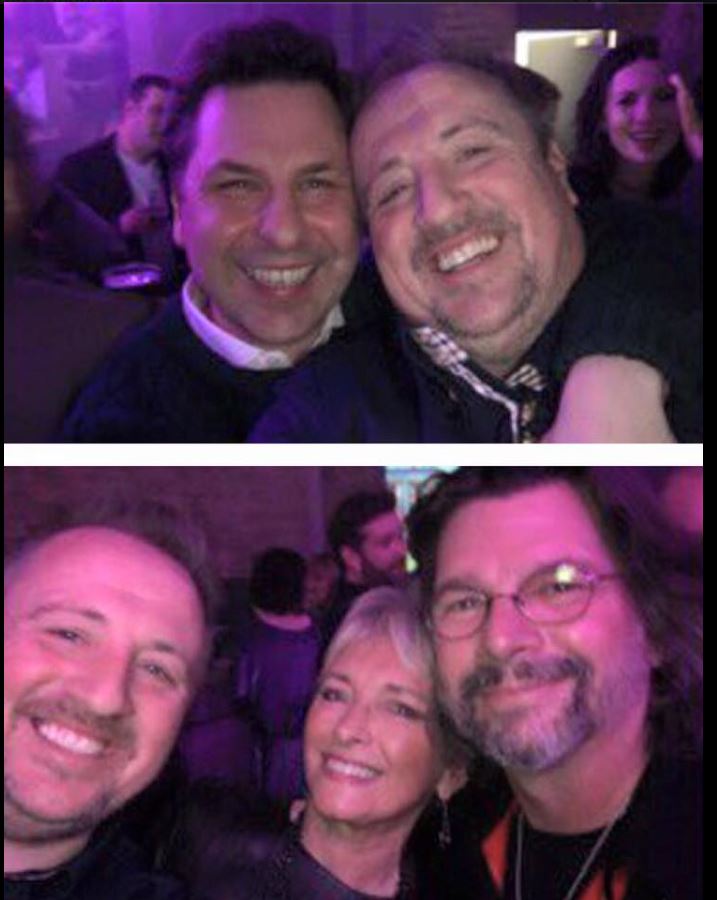 And, not surprising in the least, there were rumblings post party from Grant O’Rourke (Rupert).

And, then there was this.  Would like more details, please?

Our Rupert does like the drink.  Remember when he was the ring leader at #ScotchTalk?

So, it was definitely an eventful weekend for Outlanders.  Next up — continued speculation about Season 3 and the Premiere Event.  Will the Premiere Event be in Los Angeles?  New York City?   What other surprises does STARZ PR have up their sleeve as we get closer to Season 2’s premiere?  Oh, and let’s not forget Tartan Week and Sam leading the Tartan Parade.  More on that here.

SO much is going to start happening in short order, Sassenachs!  The drought is almost over.  So, get your kilt and your whisky ready.  Almost time to quench that thirst!

What do you think of Diana Gabaldon’s response to the EW “Covergate”?  What are you most looking forward to as Season 2 PR and festivities begin to roll out?  Will you be attending Tartan Week in New York City?