“Not in Scotland Anymore” drew me into a web of deception, plotting, and lies. Who is friend and who is foe? One slip of the tongue, one conversation with the “wrong” person and it could all be for naught. I searched for a steady thread, a ballast of sorts, and I found it in Murtagh.

His dedication and steadfast love for Jamie is evidenced by the fact that he supports Jamie and Claire’s plan without knowing why. He’s operating on blind faith. He’s a Highlander and belongs on a Scottish moor, not in a Parisian brothel. He’s out of his element, but his faith does not waver. “Where he goes, I go,” he replies to Bonnie Prince Charlie when his presence at the brothel is questioned. Once this guy is on your side, you’ve got him for life. 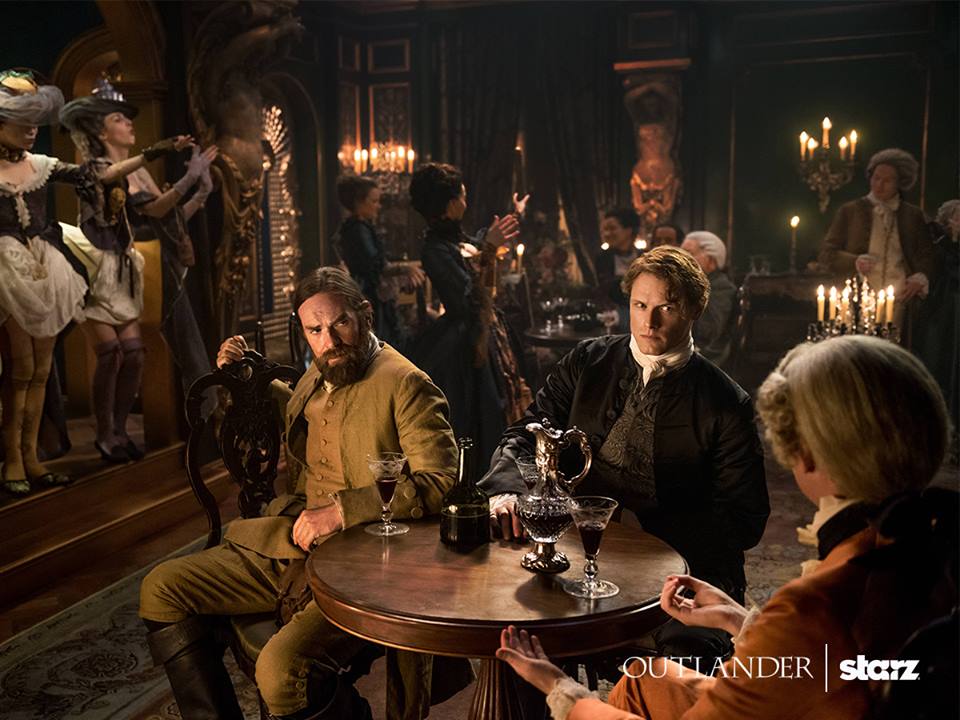 Murtagh tells us he’s a man of action, not logic, in the scene where he and Jamie are practicing their swords. He’s presented with a problem and provides a solution. Slit the throat of Bonnie Prince Charlie (or get someone else to do it) and go home. Problem solved. Massacre at Culloden averted. Jamie disagrees, and Murtagh accepts his decision even if he doesn’t agree with it. He casts his opinions into the ring, to be considered in part, or in whole. Or, not at all.
Murtagh is a steadying fixture. His physical presence and the values he holds serve as ballast in the heaving, roiling, unfolding of the plan to save the Scots and the Highland culture. He stands quietly (for the most part), often in the background or off to the side, a solid, dependable man Jamie and Claire can trust with their lives. When he chooses to, he speaks his mind in clear and simple terms. There is no confusion, deception, or hidden meaning in Murtagh’s words. What you heard is what he meant to say. “Asses and armpits.” No hidden meaning there. 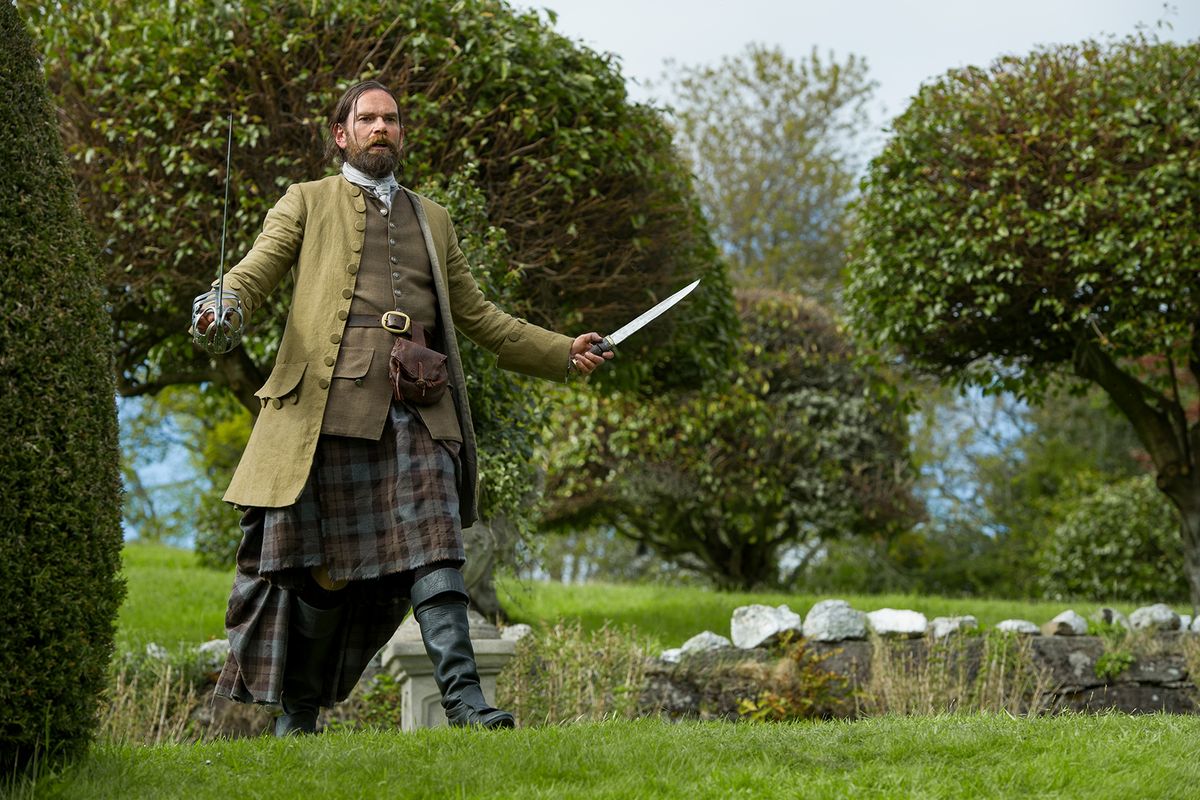 I love Murtagh’s sense of self, his comfort in his own skin, and that eyebrow thing he does. He’ll accompany Jamie and Claire to Versailles, but he’s going as Murtagh. He’s agreed to some new threads, but is wearing his kilt and refused to shave his beard. He did wash his knees, although that becomes the subject of a small, short debate between him and Jamie.
Whatever you say about Murtagh, underneath it all, he’s a man. He’s male and he has an eye for the lassies. The sensual, sexual delight of Paris does not escape his gaze. Claire’s red dress puts him into a hypnotic trance until a slap from Jamie brings him ‘round, and the “swan dress” worn by the king’s mistress is enough to make him forget himself and follow her, wherever she’s going. Never mind that she’s the king’s mistress. He can’t take his eyes off of “them,” or her. The ballast slips a bit, and Jamie steps in to set it straight with a tilt of his head and expression that stops a disappointed Murtagh dead in his tracks. 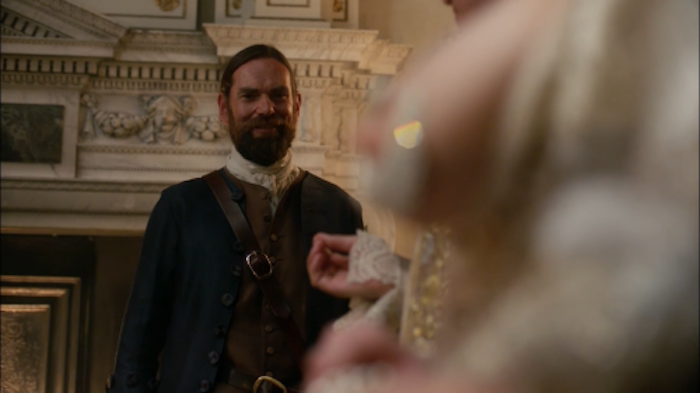 Source
Murtagh’s sense of justice is unwavering, his memory long. As soon as he spots the Duke of Sandringham, he (being a man of action) pulls his sword and attempts to pursue justice against him for his betrayal of Jamie. Jamie warns him that drawing a sword in the presence of the king “is death”. Justice will have to wait. Murtagh sheathes his sword, but imparts a warning to the duke that leaves no doubt in anyone’s mind (except the Duke, who doesn’t have any Gaelic). Mark his words.

Do you love Murtagh as much as we do?  What has been your favorite Murtagh moment from season 2 thus far?