Murtagh is alwaysthere. Dependable, stable, loyal. You never have to wonder, you never have to doubt. He doesn’t push to the front or seek the limelight, like Dougal has on more than one occasion. And his reward is that he gets passed over, or passed by. “Prestonpans” proved it once again. My heart goes out to him – as I reach for another tissue, I shout at the TV, “What about Murtagh?”

He’s helped train the troops for the upcoming battle, teaching them what Jamie taught him. He barks orders, kicks people in the ass, and gets in their faces. He knows what Jamie needs out of these men, and he delivered. 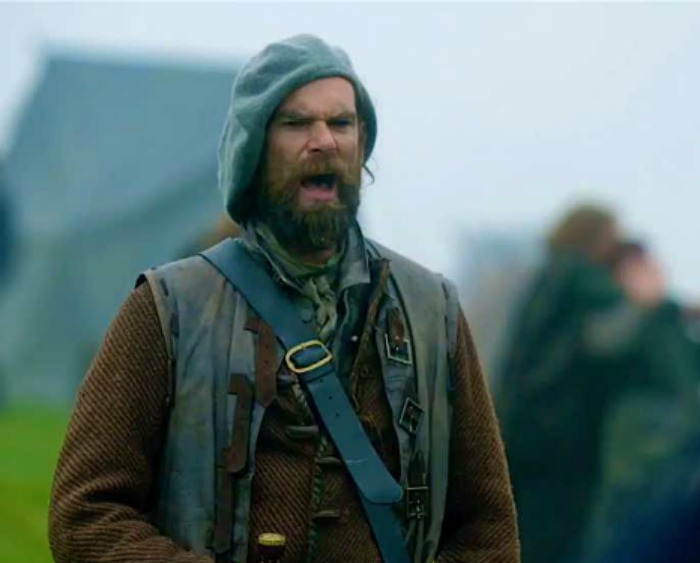 Now, on the eve of battle, Murtagh sharpens his dirk and quietly shares his unsettled feelings with Jamie. He talks about clan raids, where everyone has a part to play, where the raid’s success or failure is dependent upon one’s actions. If you die, your death would have meaning and your memory would live on within the clan. With such a large army, Murtagh feels that his, or even Jamie’s death, would have little or no meaning unless 500 or even 1000 men were to die. Jamie can offer little solace other than a pat on the shoulder and telling him he feels much the same. 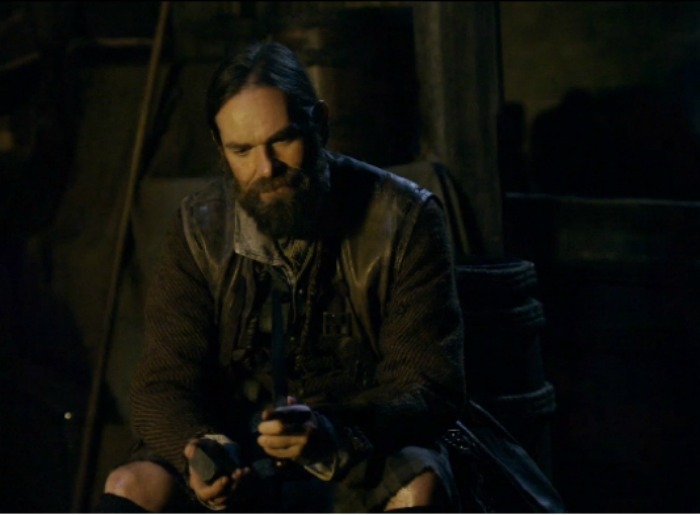 Finally, “It’s time,” Murtagh tells Jamie, meaning it’s time to leave for the battle. Angus gets a kiss from Claire and Rupert promises her he’ll be back to share a stiff celebratory dram. Murtagh deserves a word of encouragement, a hug, or even a squeeze from Claire. Something. Anything! Instead, she asks him to watch over Jamie, which I understand, but a moment of affection and gratitude for Murtagh alone would perhaps have given us a wink and another sweet smile. And we can only wonder how much it would have meant to Murtagh. Murtagh’s answer to Claire? “Always.” Loyal, unselfish Murtagh. The tears are in freefall as I reach for another tissue. He gently squeezes Claire’s hand and walks away. He gives affection when he should be on the receiving end. Off he goes to battle, with no one to champion for him. 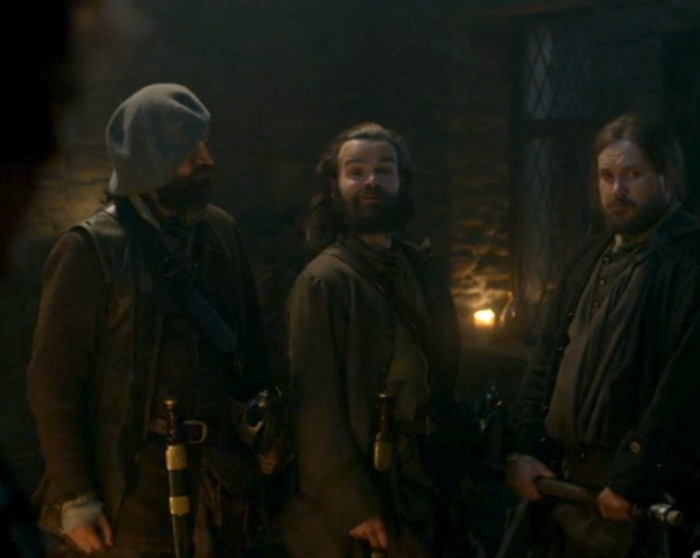 The victorious men return! Angus and Rupert are already at the hospital being cared for when Jamie and Murtagh come in, and Jamie announces that they have won the day! Claire rushes into his arms and they share a passionate, victory kiss. As it should be. But there is Murtagh, bloodied and battle-weary, and not a kind word or bit of affection comes his way. Claire looks to ensure Jamie is unhurt, but she doesn’t ask after Murtagh’s welfare. Claire asks about Fergus and then rushes right past Murtagh without so much as a ‘hello’ or ‘glad you’re back’. I wanted to grab her by the shoulders and point her at Murtagh. “Tell him you’re grateful he’s back, safe and sound! Give him a hug of gratitude! At the very least, thank him for looking after Jamie!” Why do those so deserving so often go without? 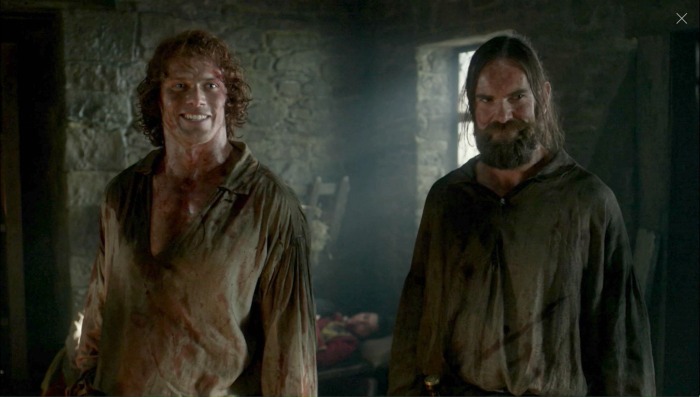 Okay, so if it isn’t obvious by now who my favorite Highlander is, now you know! And I’m not finished singing his praises! Tragically, Angus has died of internal bleeding from a cannon blast. Rupert regains consciousness with a roar and struggles to get up from his cot. Who is standing there, cautioning him, looking after his safety? Murtagh! He gently touches, him urging him to lie back down, but when Rupert refuses, he steps back quietly and mourns from a distance. Rupert returns, cradling Angus’s sword, and Murtagh watches over him. 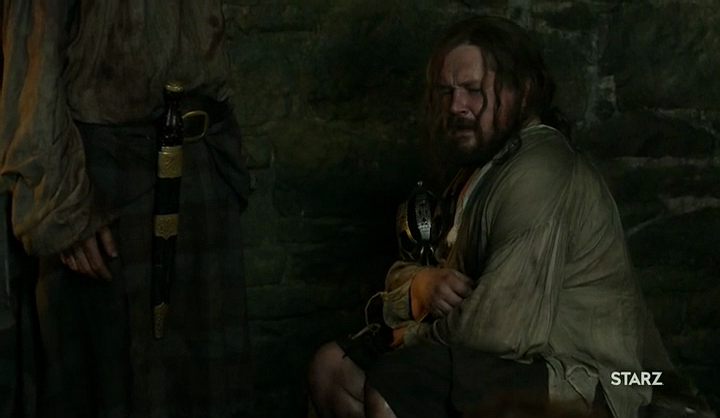 This guy just keeps on giving, and asks little, if anything, in return. He’s stoic, quietly strong, and gently tender under that scowling countenance. He’s got your back, he’s loyal to a fault, and honest, even if it hurts. If you’re lucky enough, he’ll give you a wink and a smile. That would warm me to the bone. 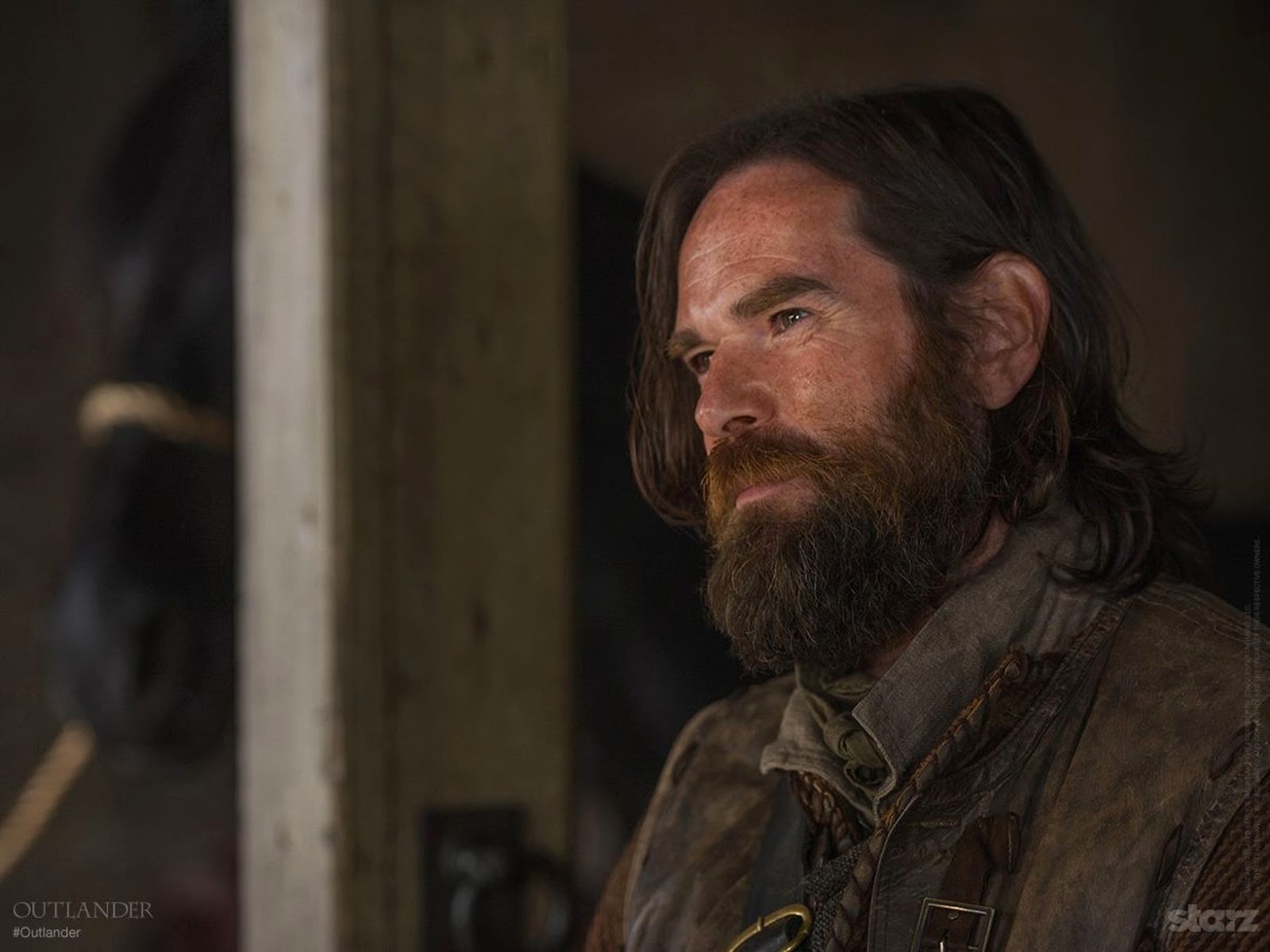 Do you share Anne’s Murtagh crush?  Do you think he’s overlooked by Jamie or Claire in particular?  What are your favorite #MurtaghMoments