When the Healer Needs Healing

Email
Those of us in the helping profession are typically on high alert for the needs of those in our care. While on duty, there is no palpable burden; it is simply what we do, and the only burden is to simply do it right. The psychological burdens that go hand in hand with the daily exposure to hurt and pain and tragedy and hard work may emerge eventually, and caregiver burn-out, whether it be among doctors, nurses, EMTs, or firefighters, is a heart-hurting reality for many.  Post-traumatic stress disorder (PTSD) is an equal-opportunity condition, impacting victims, observers, helpers, and professionals without discrimination.

Claire’s PTSD storyline in episode 2.09 of Outlander deviates from Diana Gabaldon’s written words, running the ever-standing risk of alienating book readers; this change was no exception as some voices expressed concern over a depiction of Claire as weakened or different.  Consider that in the opening scene of the very first episode of the Starz adaptation of Outlander, Ron D Moore chose to show us the fierce and determined combat nurse that is Claire Randall, as she bears that burden of simply doing it right.  This is her identity laid out for us at the outset.  Knowing this, Claire’s PTSD storyline cannot be an unwanted story addition; in fact, it is implicit to this writer and nurse that Claire’s war experiences must impact her in ways that run deep.  To never examine them would seem a disservice to Claire as a character immersed in the blood and horror of a world war. 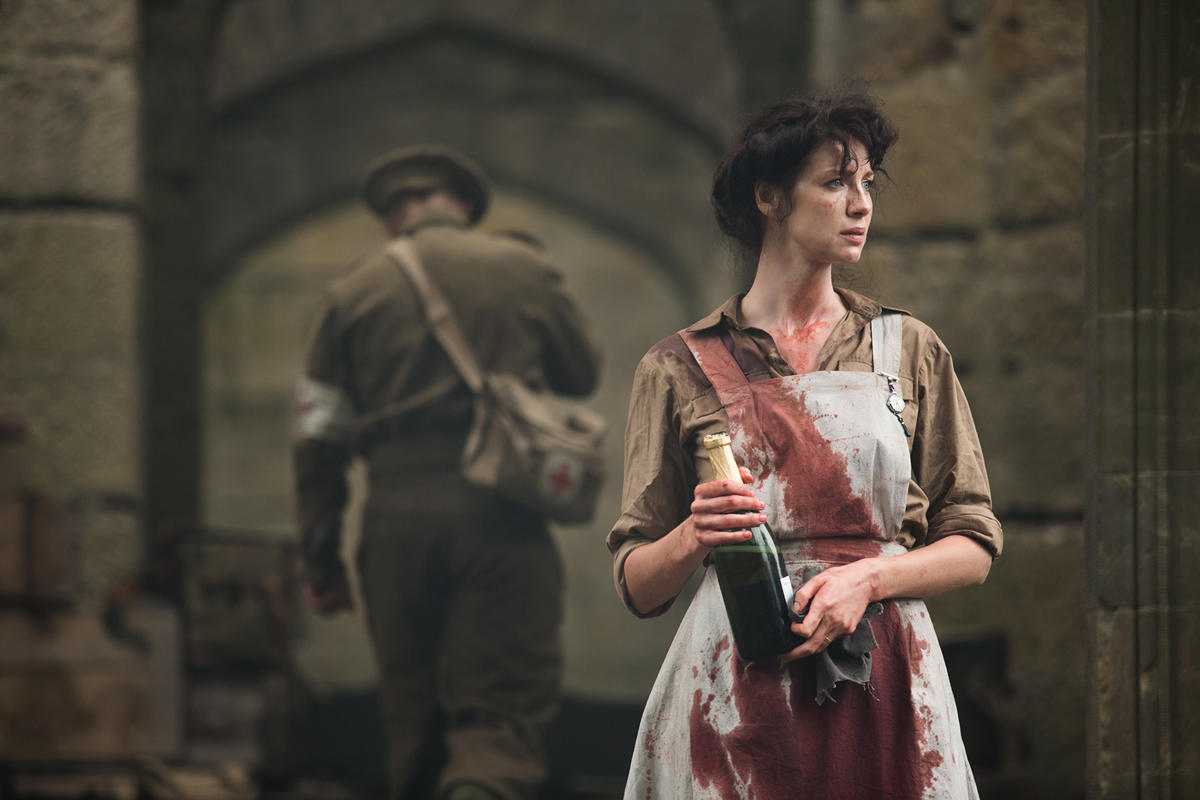 Claire’s PTSD surfaces as the Highlanders prepare for war, and her World War II memories suddenly emerge.  A meal, casual introductions, and cultural comparisons set the stage for a short-lived relationship with two American soldiers.  En route with the men to seek out their unit, a German tank attack leaves one soldier gravely injured.  Claire’s instinct is to leave her hiding spot and help him, but she is urged to stay put to maintain her safety.  The brutal and swift death that follows leaves Claire powerlessness to help either man, and she is left frightened and alone until discovered the next morning terrified and in shock. 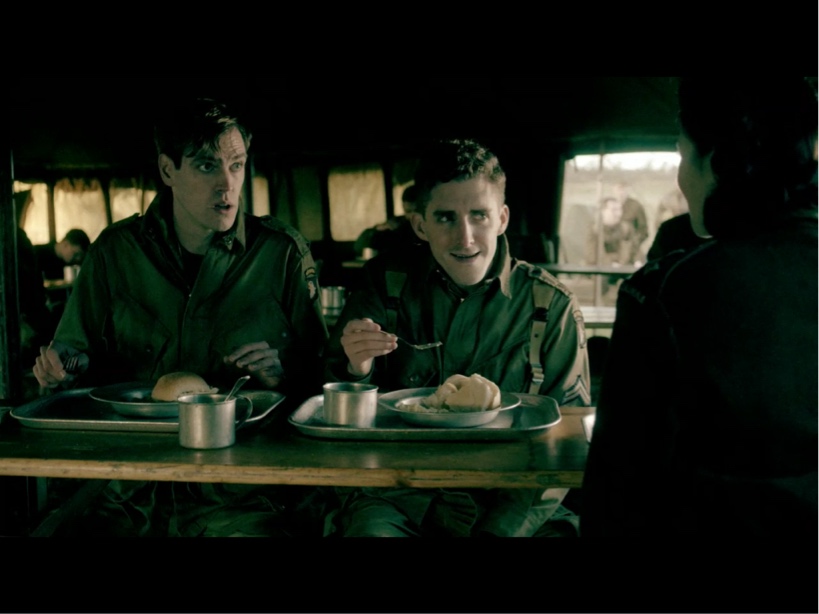 PTSD in 18th century Claire echoes many modern-day presentations.  She is irritable and withdrawn,  with volatile outbursts brought on by seemingly unrelated events. Fergus playing shinty, even Angus’ muddy feet bring Claire’s uncontrollable  memories to light. She lashes out at these people that she cares about, showing an unexpected side of her personality. 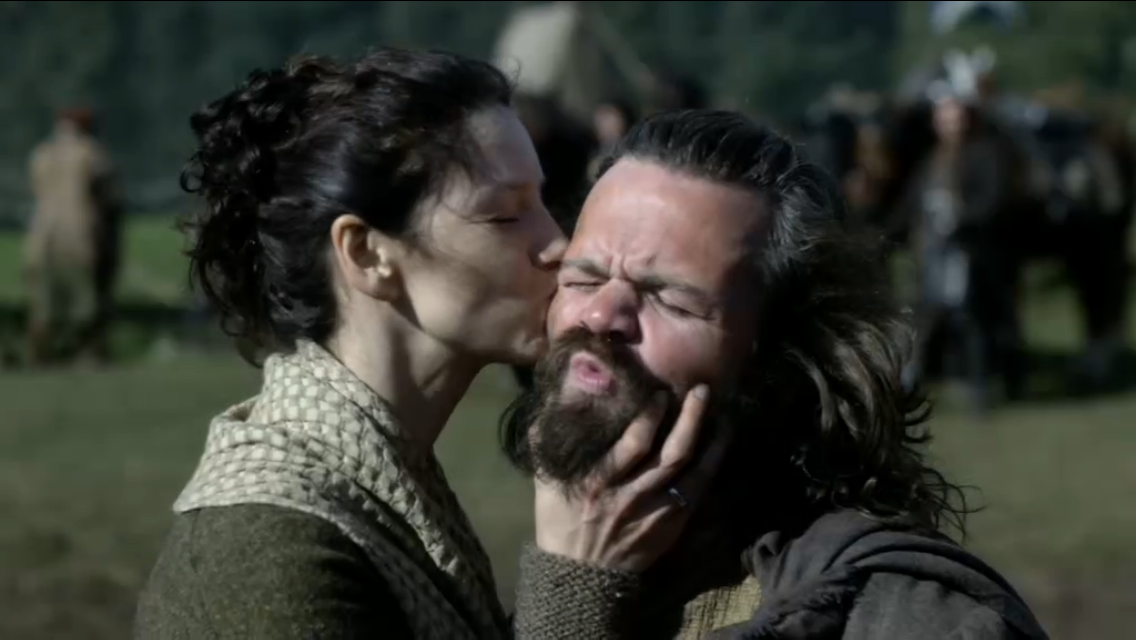 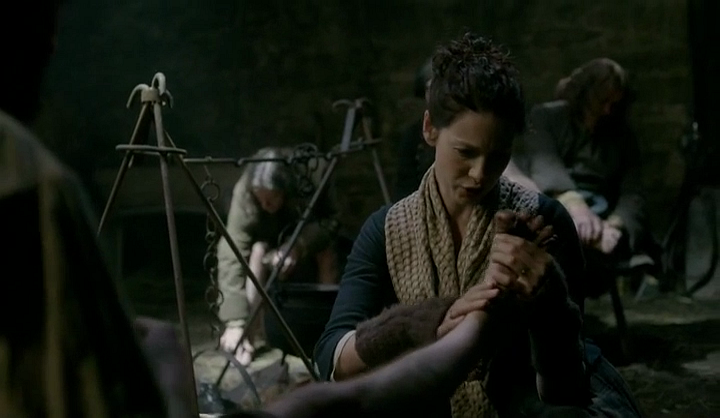 Jamie is also on high alert; as a Highlander and warrior, he seeks warning and safety, and as Claire’s husband,  he senses Claire’s moods and needs as instinctively as his actions as a warrior.  Broken by way of the trauma inflicted on him by Jack Randall, his recovery hinged on Claire’s determination and love. As his emotional integrity slowly heals, he shifts to Claire’s as hers gives way.  Burdened with the knowledge that the impending Battle of Culloden stands to follow the true course of history, Claire’s fears surface.  In a beautifully realized scene,  we finally see the full context of the snip of the season 2  “Dear God” trailer, as Claire flinches painfully at the sound of each musket shot. Despite watching the trailer an infinite number of times, it gels in a heartbreaking way now. 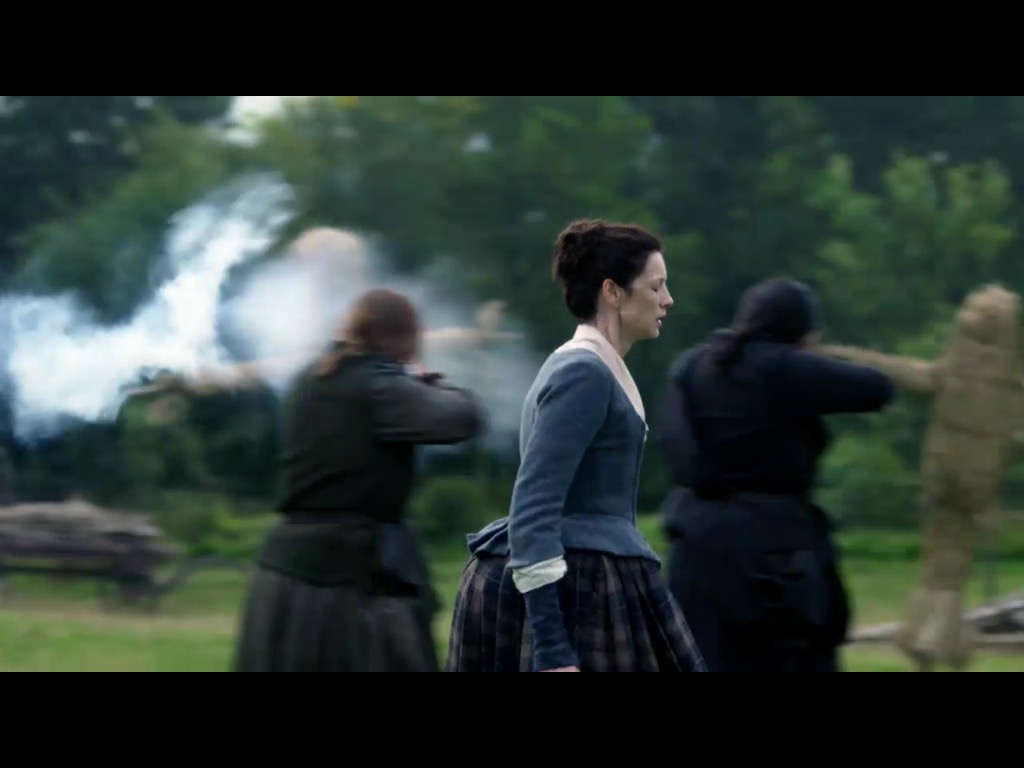 Perhaps for Claire, the broad brush of British stoicism combined with her pragmatism helped subvert the horrors of war to a subconscious place; maybe that place is akin to Jamie’s description of himself hiding beneath the blade of grass which could not shield his deepest and most private sense of self. 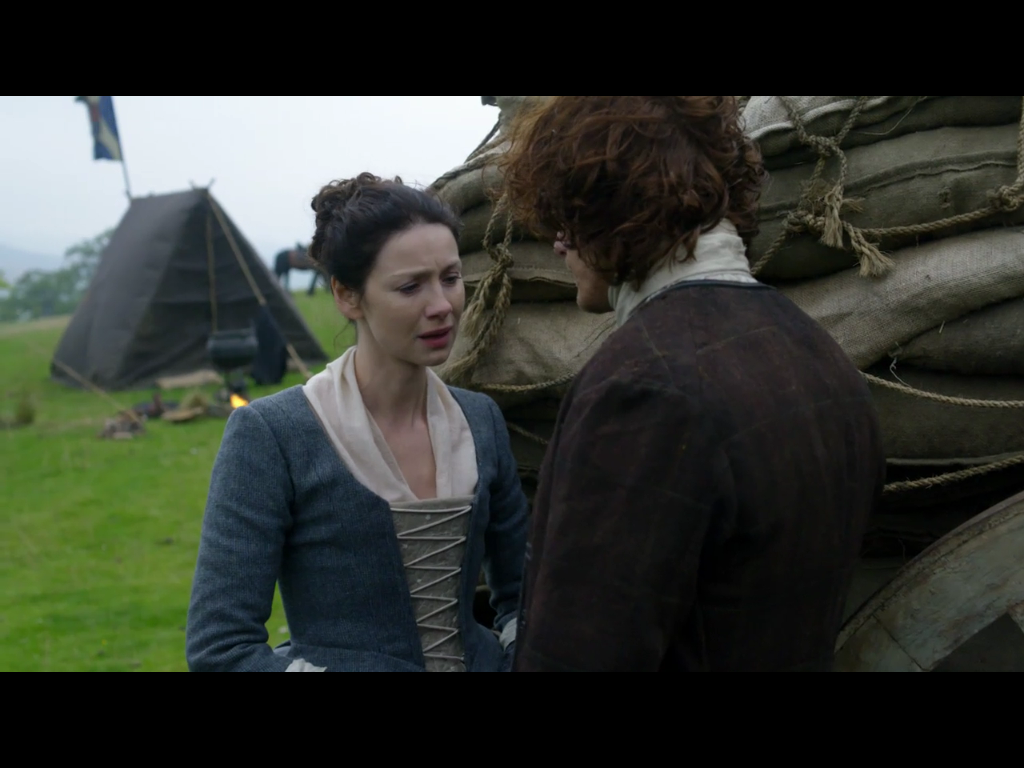 Today, one of the first-line treatments for PTSD includes cognitive “talk” therapy, which is all that is available to Claire as the Battle of Culloden looms.  Guilt and a sense of helplessness to save these two soldiers who are relative strangers to Claire blooms into a more stunning reality of losing those that she has grown to love. Jamie is intelligent enough and loving enough to offer the gift of listening and reflection to help move Claire’s healing forward.

What are your thoughts on this WW II storyline for Claire?
Does it add value to the Outlander story?