Assuming you’re still on this side of the stones, you likely have heard that the Outlander family expanded this week with the announcement that young Ian Murray and Joe Abernathy have been cast. Murray will be played by John Bell while Joe Abernathy will be portrayed by Wil Johnson.

These two characters play pivotal roles in the upcoming seasons, Joe as Claire’s medical school confidante and workplace spouse while young Ian is the reason a lot of the action that’s coming occurs. (Book readers you know what I’m sayin’, right?)

But while you may realize Bell and Johnson have been cast, you may not know that much about them. We’ve put together a fun little quiz to give you a bit of their history. Enjoy!

Before we get to the quiz, here’s a short history of what these two actors have been up to before beginning their journey back in time.

John (Hunter) Bell: Hobbit watchers may recognize Bell for his part in The Hobbit: The Battle of the Five Armies and The Hobbit: The Desolation of Smaug. But he first nabbed people’s attention when he was 10 and won a competition on BBC’s Blue Peter that gave him a small role on Doctor Who. (And thus, apparently making his appearance on Outlander part of his acting destiny since Diana Gabaldon has said it was a Doctor Who episode that gave her the idea of making Jamie a Scottish Highlander.)

Bell, who is 18, has also played Helius in Wrath of the Titans, as well as roles on BBC Scotland’s Life of Riley and Midsomer Murders, and Hatfield & McCoys for the History Channel. 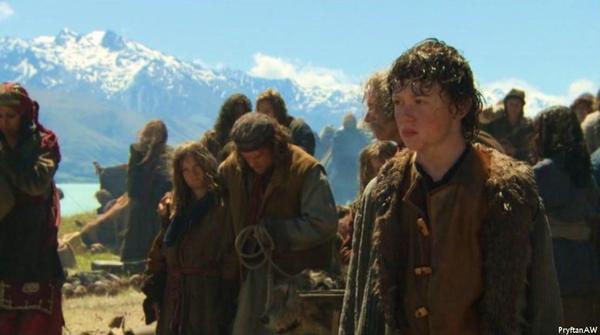 John Bell as Bain in The Hobbit.

Johnson, meanwhile, got his start at the Edinburgh Fringe Festival, moving on to garner praise and recognition in the BBC’s Waking the Dead (no, the L is not missing) as Detective Sergeant Spencer Jordan. He has also appeared in Clocking Off and played Marcus Kirby in the BBC drama, Waterloo Road. 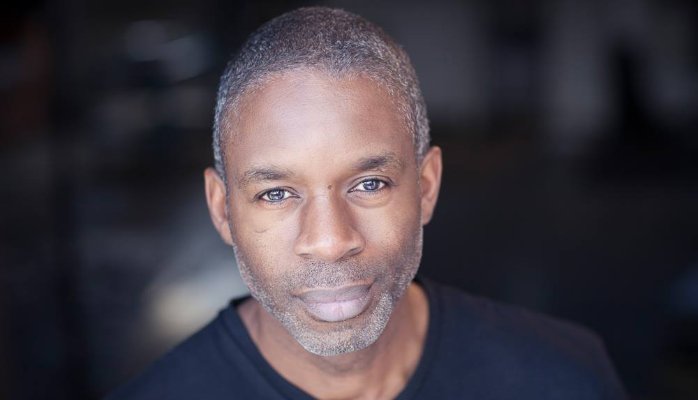 Okay so here’s your quiz. Answers are below. No cheating, Obsessenachs!

1. Which actor is taller?

a. Wil Johnson
b. John Bell
c. Neither; they are both the same height.

2. Which actor has driven a hearse and acted as a pallbearer in between gigs?

3. Which actor had a speech impediment and regular panic attacks while in drama school?

4. Which actor has also moonlighted as a DJ in UK clubs?

a. Wil Johnson
b. John Bell
c. Is this a trick question… the kid’s only 18!
5. Which star has the  image below on his tumblr account? 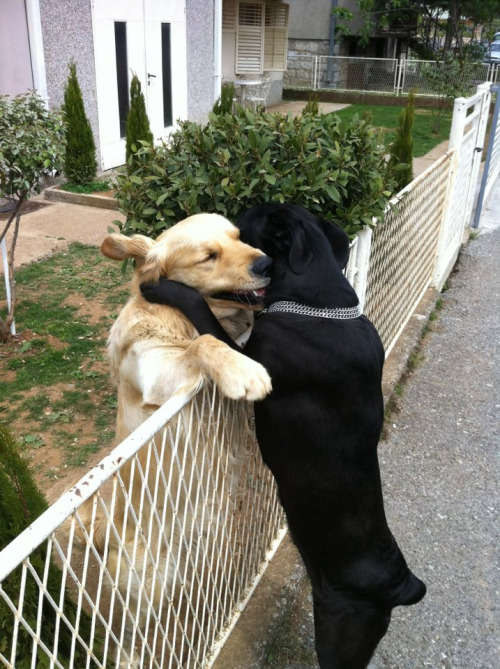 2. A. Wil Johnson did that and a variety of other jobs while getting his acting career going.

3. A. Wil Johnson. He almost quit drama school but decided to stay after filling in for an absent student.

4. A. Wil Johnson spent his Saturday nights in 2015 as the Resident DJ at Porters Bar Dockside Chatham Kent, where it was promised he’d bring you the best in funk, soul, disco, R&B and club classic anthems.  Awesome! But we’re guessing he won’t need that job anymore.

5. B. John Bell.
So Obsessenachs, how’d you do? Regardless, we imagine you might have a hankering to add these lads to your social media radar as we die-hard fans seem to do.  Wil Johnson (@1lwilakawiljohn) and John Bell (@JohnBell) are both firing on all cylinders and ready to play in the social media jungle!

Wow… the outpour of love for #Outlander is incredible. Thank-you all, I can’t wait to bring Young Ian to life! ???????? https://t.co/lthNkectww

Who do you think they will cast next? Mr. Willoughby? Stephen Bonnet?