Outlander Casting News! We Have Geneva, Isobel and Young Jamie!

Email
In the vast sea that is Droughtlander III: Attack of the Obsessenachs (more on that in a later post), we welcome casting news announcements like Kate Winslet clinging to that door . . . as if our very lives depend on them. Perhaps no casting was as nervously anticipated as Geneva Dunsany. Geneva is the tricky step that will make your presence known if you’re trying to sneak quietly through Voyager without any disturbance. In casting her and in choosing how her storyline plays out, Ron D. Moore has to hit that step just right, or risk waking the whole house.
In announcing newcomer Hannah James, Ron is starting off on the right foot, it seems. James, an English/American actress raised on her family’s Virginia farm, has just two credits to her IMDb page, but she seems tailor-made to play the manipulative Geneva. She has a recurring role on the PBS Civil War drama, Mercy Street, which is her first and only major credit. After searching YouTube for clips of her in action, I settled for a television interview with the women of Mercy Street and realized that Ron Moore has struck gold.
Goodness, she doesn’t even have to say anything and I’m already convinced! Just watch her body language as she listens to the interviewer and her fellow castmates:
That’s Geneva, folks. In saying this, I’m not equating Hannah James with Geneva’s character (which would be incredibly unfair); however, the physical awareness she has of herself will perfectly dovetail into the role.
Raised on a farm in Virginia by her English mother and American father, James was homeschooled until the age of 10. After that she attended a private all girls middle school, followed by a Quaker high school. If her poise and body awareness reminds you of a dancer, that’s because she is. She began studying ballet at age 2, which has ingrained a sense of calculated purpose in the way she carries herself.
She’s also no stranger to corsets and petticoats, which will give Terry Dresbach’s magnificent costumes a sense of lived-in familiarity. 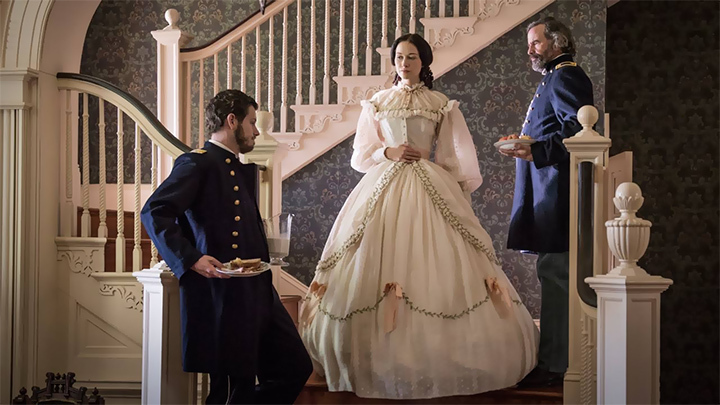 Source
With her striking blue eyes and rich sable hair, James has some marked similarities to Caitriona Balfe, which makes me a bit nervous and a bit excited at the same time and makes me think Ron may be quite masterfully navigating that squeaky staircase. To say much else would be all kinds of spoilery, but I would welcome further discussion on this in the Outlander Cast Clan Book Club.

Hannah is already being welcomed with open arms on Twitter:

Such a treat to be working with you…even if I am freezing my buns off in #Scotland https://t.co/9FLjcQc57N

Starz announced Tanya Reynolds, another fresh face with a prestigious background, as Geneva’s younger, sweeter sister, Isobel. Though not much more can be found of her personal biography, Reynolds was educated at Oxford School of Drama and you can find a link to her show reel on their Spotlight page. 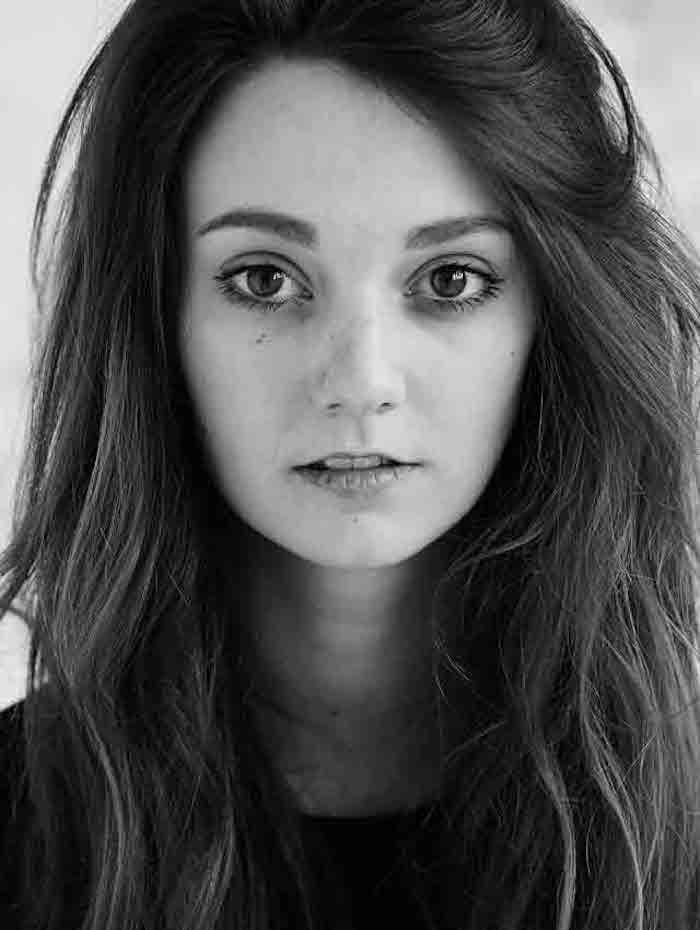 Her show reel gives us a glimpse at a zany awkwardness, which makes her infinitely likable and a proper companion for One Who Shall Not Be Named. In English waifishness, she gives Rosie Day a run for her money and I’m sure she will be a welcome yang to Geneva’s yin.

And proving she already speaks Sam’s language, she tweeted this:

One last thought before we move on from the Dunsany sisters.

For some weeks there has been speculation in regards to the casting of Geneva. Some in the fandom speculated that American actress MacKenzie Mauzy had been cast as Geneva, this based on the fact that she posted Instagram images of the Scottish countryside. These were neither excited nor congratulatory casting rumors, which of course, have now proven to be categorically false. I wish I could make psychic predictions based on landscape photography, but perhaps we’re not all so blessed. To put it simply, this fandom’s treatment of MacKenzie Mauzy has been appalling, festering in the dark on Tumblr and right out in the bright light of day on Instagram. Like I said at the beginning, however . . . more on that in a later post.

Finally, while I was putting this post together, we got another gift in the form of Young Jamie aka Jamie Murray. 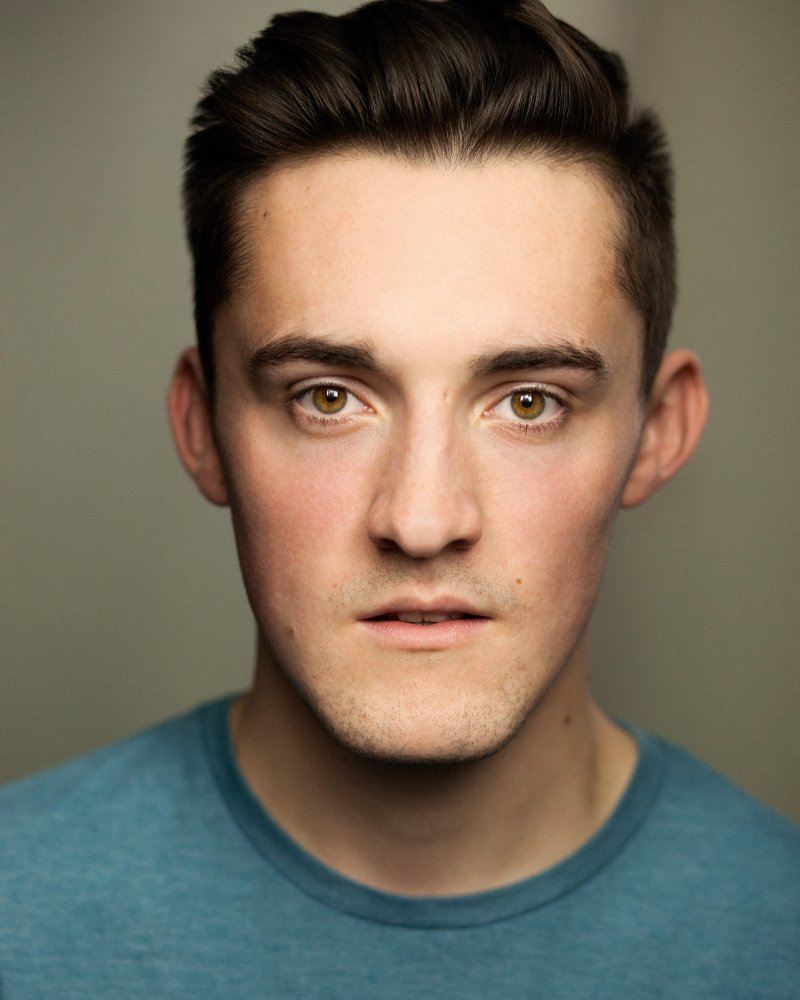 Conor McCarry is another relative unknown, but with three credits to his name on IMDb, two of them, Anna Karenina and The Night Manager, major A List show pieces.

McCarry quietly let his presence be known by attending the BAFTAs with the Outlander cast members and posing for a fan photograph with Steven Cree, who plays his father, Ian Murray.

A quick scroll through his Twitter will tell you Conor will fit right in with the rest of the Outlander cast. A soccer fan and a collector of guitars . . .

Welcoming a new child to the family! ???? #sorrynotsorry @Fender pic.twitter.com/8PY7bOfpu7

. . . he is also outspoken about his political views and sticking up for the little guy; something Cait and Sam know something about. Plus, like Cait, he’s a fan of cats:

When your pals cats a belter and you never want to let her go #Caturday #dontletmego pic.twitter.com/gOm2Nu2hdQ

And there’s one more thing that seems to connect him to certain fellas in the Outlander cast . . . musical talent:

This was in 2012, but even further back than that, he was just a fan at a Green Day concert in 2010 when Billy Joe needed to use the toilet. He yanked young Conor McCarry out of the crowd, who promptly and quite thoroughly stole the show:

Welcome to the fold, Conor! We love you already.

So to all of our new young cast, we bid you welcome. And to the fandom, we bid you be NICE. We are blessed with an amazing cast and even as we say goodbye to dearly departed characters, we welcome these shiny new faces to carry our story to many grand adventures.

Cheers, Ron Moore and the casting team over at Tall Ships. . . you done good.

What do you think of our three new cast members? Do you think Hannah James looks like Caitriona Balfe? Let us know in the comments below, and don’t forget to sound off in the Outlander Cast Clan Gathering.