If you’ve watched or read Outlander, you might have thought to yourself once or twice that James Alexander Malcolm Mackenzie Fraser is the perfect man. Maybe you even wished that you had a Jamie of your own or that your significant other was more like Jamie. I have to admit that, at times, Jamie does seem perfect. He’s rugged, brave, honorable, a fierce protector of family and friends, and he’s got some great lines of love in both the show and the books. However, he is very much a man of his time so unless you’re planning to travel back to 1740s Scotland, life with James Fraser in the 21st century is going to be a little unpleasant. Here’s why.

You both tested every mattress at the store and Jamie insisted that nothing was as comfortable as down. Your allergist assured you that there isn’t enough antihistamine on the planet to keep you alive for more than two weeks of sleeping on a feather bed, so you compromised and bought memory foam. While you enjoyed the best sleep of your life, Jamie cursed the demon that spawned this ungodly and unnatural material and found rest outside your bedroom door. That’s where he sleeps each night now because it’s comfortable and he can guard against intruders. On a positive note, he occasionally sneaks in to “wake you up” in the morning. 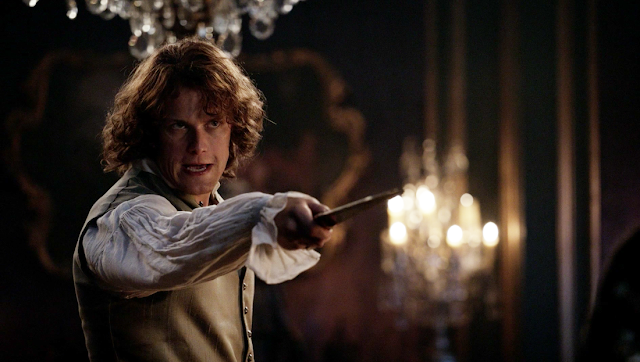 A Shower? What, Pray Tell, is a Shower?

You have a perfectly fine shower in your home, and you’ve purchased every brand of men’s deodorant sold at your local stores. Jamie refuses to use either. He much prefers bathing in the nearby river, which leaves him smelling exactly like a sweaty man who just bathed in a river; think horses combined with a school bus on a rainy day and a hint of fish. He sees no need for deodorant and wonders angrily why you would want him to smell like musk from a plastic bottle when he has own perfectly fine musk. 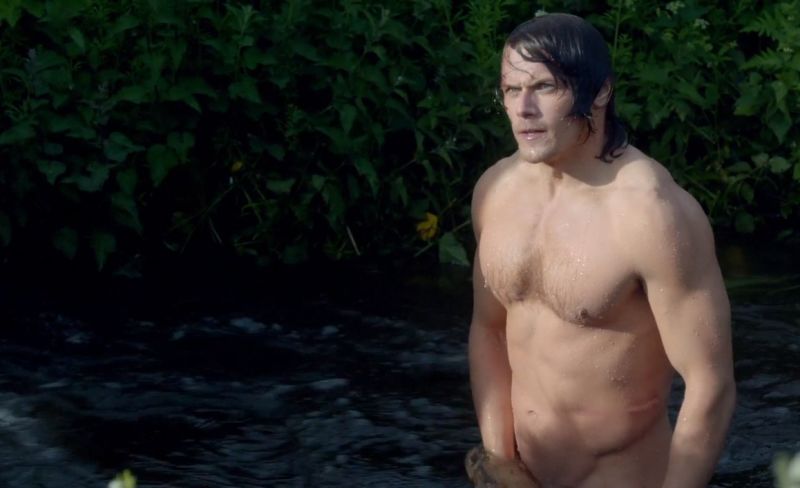 He Refuses to Wear Anything Under His Kilt

On second thought, that’s not a problem. Carry on!

He Keeps Throwing Out Your Razors

Shaving your legs has never been a favorite pastime, but you do enjoy the smooth feel of your legs for the first five minutes after you shave them. Guess who doesn’t? That’s right. James Fraser does not appreciate freshly shaved legs. He hates them so much that he has thrown out all of your razors. As a matter of fact, he’s sitting on the front porch right now waiting for the delivery of the Amazon Prime box so that he can intercept your latest shipment. And don’t even get him started on that honeypot business. Wax is for sealing letters and making candles, ye ken?

Always with the Fan

You’re not a fashion icon or a social media celebrity and you have a relatively modest wardrobe. Despite that, you and Jamie can’t come to terms on your love of v-neck shirts. Every time you put one on, he insists that he can see your navel and hands you a fan. You’ve now taken fans to baseball games, neighborhood potlucks, and an incredibly awkward meeting with a realtor (yes that’s correct, a dueling ground is on our wish list). While it’s a bit of a hassle, you have to admit that you’ve never been cooler and you’ve never felt better prepared for those inevitable hot flashes.

That Time at the Casino

Running out of places to take this guy who always seems to find a fight, you decide to book a weekend getaway at a nearby casino. Surely, he could lose himself in a card game or roulette! Everything was going great and you were $500 to the good when someone suggested that you hit up the Blackjack table. Three bloodied security guards later you were both asked to leave the premises and never return. To add insult to injury, they kept your winnings to help cover the broken chairs.

Hoping to add variety to his diet, you’ve made an assortment of quiches and baked goods for breakfast. Jamie, ever the gentleman, does eat them but he always follows them with a bowl of parritch. His daily ode to the colon-cleansing properties of the stuff has convinced you that it isn’t worth your time to eat anything else. You realize that you will be eating parritch every day for the rest of your life.

Family Reunions are a Disaster

Family reunions are always fraught with tension and landmines, but never more than when Jamie attends. Last year, he accused your cousin Tina of carrying a bastard child while her husband, John, stood right next to her. You gently reminded Jamie that not all rumors are true (though, admittedly, you did have your suspicions about Tina), but the damage had already been done. John, not exactly a fighting man, overlooked the slight, but there were no more invitations to their house for fondue and board game night. 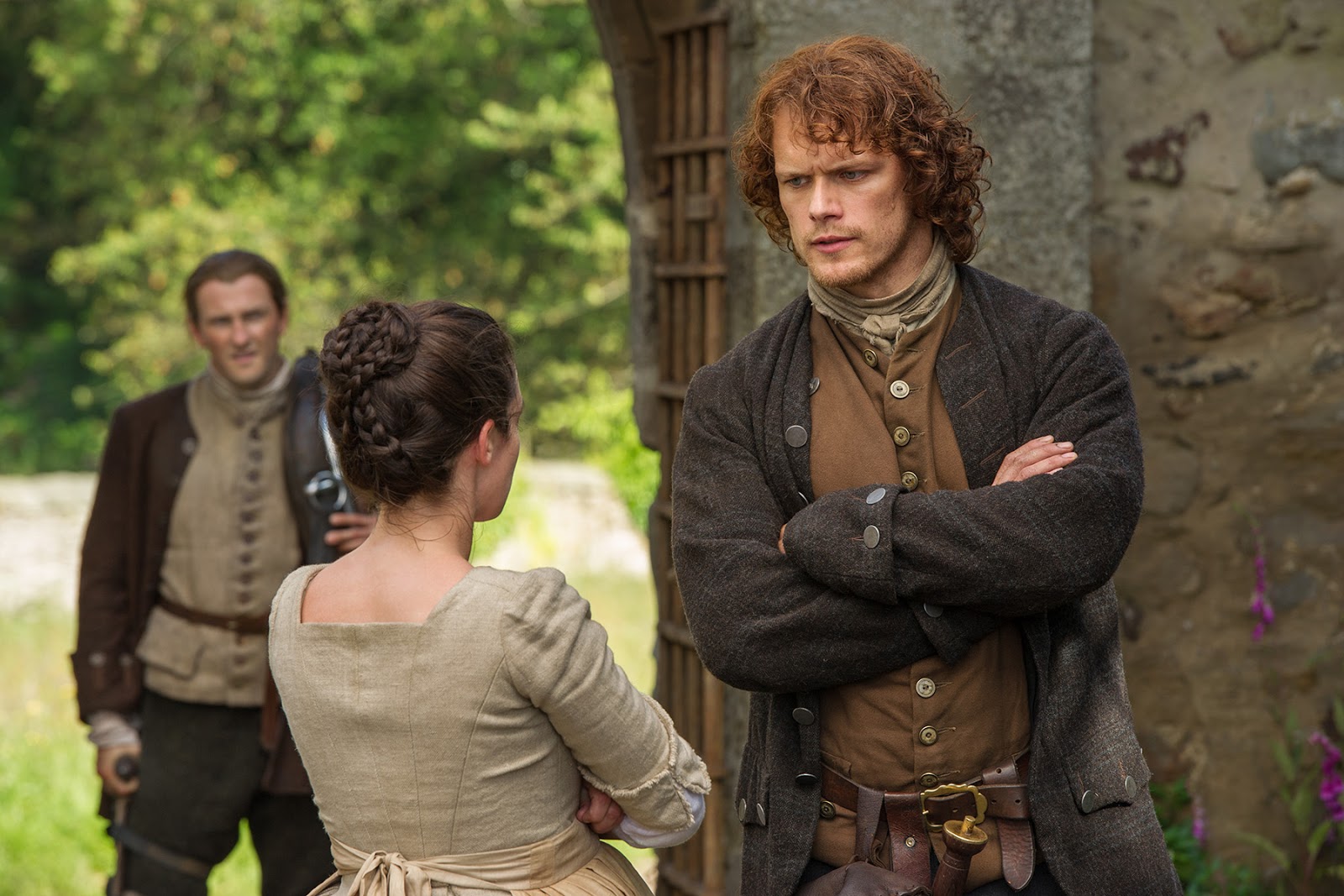 Jamie is less than amused with the modern trend of micro-breweries and distilleries. He can’t fathom why beer would taste of coffee or whisky would taste of cinnamon. He has encountered nothing at the local liquor store that tastes anything like what was produced in Scotland. That’s why you now have a still in your backyard and kettles of fermenting beer in your basement. Your entire house smells of yeast and you tell the neighbors that you’ll have them over soon, whenever Jamie bottles his latest batch of whatever is going on over by the swing set. 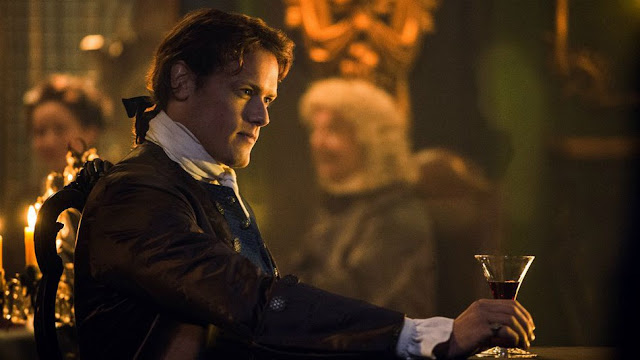 Diana Gabaldon made it a little more difficult for every man whose significant other has read Outlander and fantasized about Jamie Fraser. Or did she? I can only speak for myself here, but I think when women say that they want “a Jamie,” they aren’t necessarily looking for someone who will bash heads together and literally fight his way through any tough situation. What we really want is the essence of Jamie. We want someone who will see us for who we are, acknowledge and appreciate our talents and passions, and work with us an equal partner in life (that’s right Frank, I’m still looking at you and I think you know why). That really doesn’t sound like too much to ask, does it?

How do you think Jamie would fare in the 21st century? Do you think his 18th century ways would translate well or not?