Email
Yes, Caitriona Balfe is one amazing actress. But she is so much more than that. Here’s a look at the impact she is having beyond the screen.

It’s all too easy for fans to reduce actors to their parts rather than their whole. That one has amazing eyes. This one has fabulous hair. So-and-so has an incredible body. And the Outlander fandom does its share of abetting this reduction. (I count myself among them since I, too, find it hard not to click “like”  or “love” when certain Outlander images and memes cross the social media webosphere. I mean I am human after all!)

But that approach isn’t actually fair to these people who give so much to their craft. Actors are not their characters; they are fully-formed human beings who have lives far outside the lives they so vividly create on the screen. And so, this post.
We all know Caitriona Balfe has created a bad-ass Claire who we all secretly channel in tough times and maybe, just maybe, fantasize about being. Now it’s time to celebrate Balfe as a person and why I/we have a serious crush on this lady.

I offer up this caveat to start: I don’t actually know Cait (Dammit.) This is my impression of Cait—it’s okay if I call you Cait, right?—and I know it’s the public image she allows rather than the way she might be with her friends or family. But I will say this: People who do jerky things often turn out to be, well, jerks in real life. Some things you just can’t fake, and we all know so far Cait hasn’t done any overtly jerky things. And that’s because . . . reason number one I love her . . .

Unlike many celebs, Cait seems to be the person she is. She laughs and is silly and seems to recognize that acting is a bit of a game. She rolls her eyes during interviews, is self-deprecating, and is always aware of drawing in her co-stars to conversations rather than hogging the interview because her character is in just about every episode for most of the time. Another actor might get a swelled head. Cait just seems to be grateful for all of it. How else to explain her apparent endless patience with fans at events and who meet her on the street and demand selfies?I mean who else would talk on national TV about how she was the whitest Victoria’s Secret model in the show?

She also seems to embrace her sexuality—did you see the “bathing suit” she wore on that runway?—and admits a penchant to have a good time/drink. Before she and Sam learned that you need to be careful about what you post on social media, we regularly got photos of people who’d maybe had a whisky or two at a wrap party. 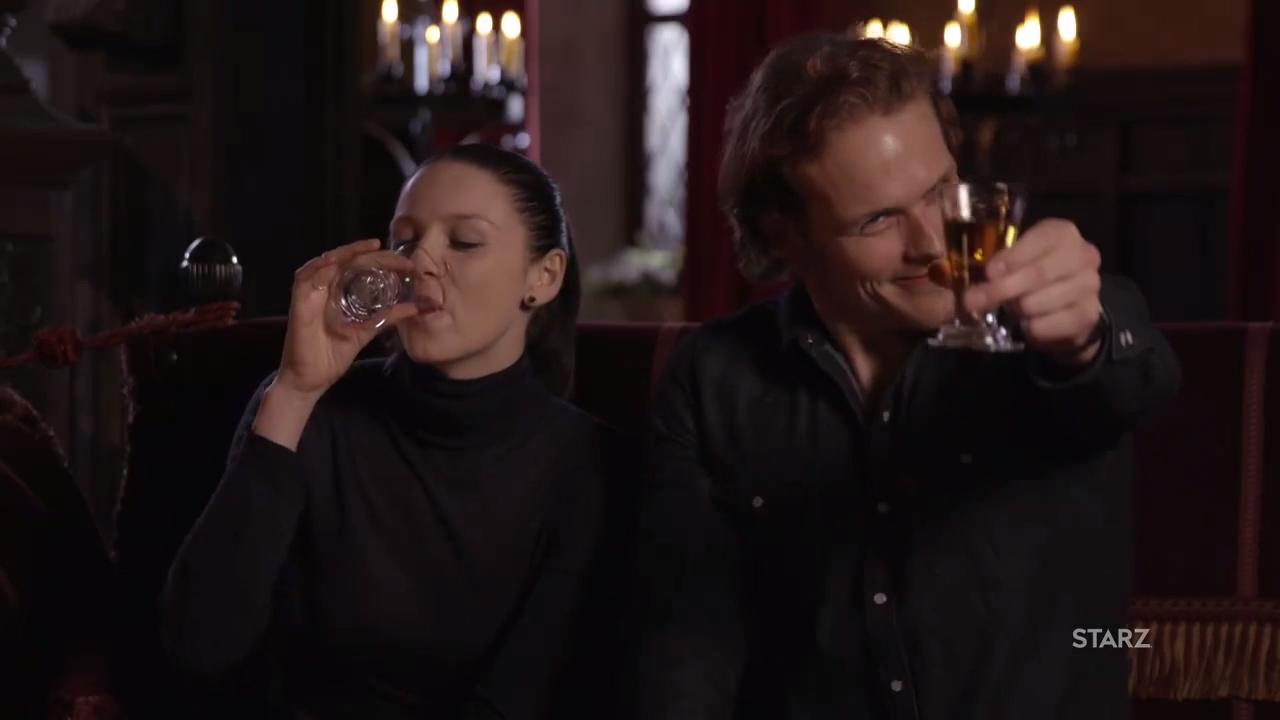 Early in the Outlander fandom, shippers went a little berserk assuming that Cait and her co-star Sam Heughan were an item in real life. Indeed, the Outlander fandom, while wonderful in so many ways, can be a just a teensy judgy about what the shows stars can and cannot do or say. They can also be absurdly mean to other fans expressing their opinions.Cait has been consistent about telling people to do and be better—even though doing so can risk the ire of the trolliest of trolls.

Kindness doesn’t cost a thing. Treat people online as you would someone standing right in front of you. #respecteachother

This has nothing—okay it has a little—to do with the fact that Cait and I seem to share at least some of the same political views. So many actors get caught up in the kerfuffle of being actors—who’s looking at me now? They are so concerned with crafting their “story” that they don’t seem to be anything more than that story. The Kardashian family comes to mind.

Other actors—Mark Ruffalo and Emma Watson, for instance, and, of course, Cait—recognize that reaching a certain level of celebrity is a responsibility in addition to a gift. To coin Spiderman (the movie): “With great power comes great responsibility.” Cait regularly uses her position (despite some negative fan reaction) to advocate against injustice and for positive change. She participated in the Women’s March in Edinburgh, she stood with her Irish sisters and a woman’s right to choose, and she periodically weighs in on some of the more global implications of edicts emanating from the person sitting in the oval office in the White House in the U.S.

In Edinburgh @ 11 am .. I’ll be marching in support of my American sisters and women everywhere. #lovenothate https://t.co/38QF9Qoecm

Here’s to all my Irish sisters still fighting for the right to choose. #repealthe8th #InternationalWomensDay pic.twitter.com/HehNdXfsdl

It can be dangerous to let the world at large know what you really feel and believe, and while Cait is certainly circumspect about other parts of her private life (yet another reason I love her), she understands that celebrities can affect change, and she’s not afraid to use her standing to that end.
Caitriona Balfe uses her position to raise money for good works.

Yup, Cait walks the walk using her position to raise funds for good causes. While some celebrities offer lip service to various charities, doing little more than agreeing that a charity can mention that So-and-So supports a particular cause, Cait jumps in with both feet. She traveled to Africa as part of her role as ambassador for World Child Cancer, her lead charity, created a tee-shirt campaign—I’m an Unusual Lady—whose funds helped the cause and offered up the dress and jewelry she wore to the AWARD for a WWC auction.

Cait also supports her co-star Sam, who has also used his celebrity status to raise funds and awareness for cancer research, including Bloodwise and My Peak Challenge as well as Cahonas Scotland. 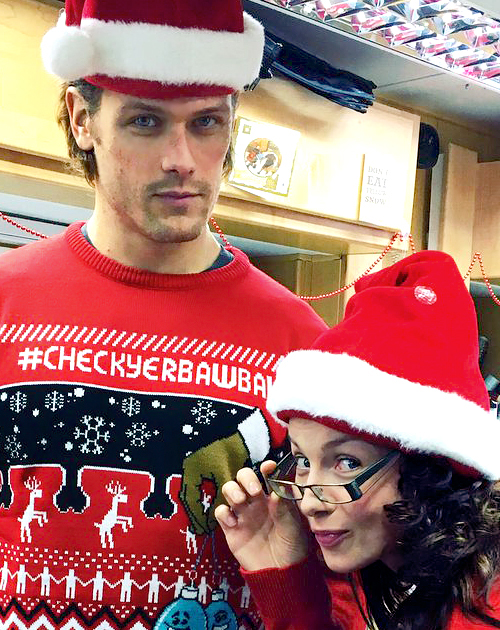 Caitriona Balfe stands up for women.

This is where Cait, the full package of awesome, comes together. Cait understands that as a woman in a position of power, a woman whose voice is actually heard, she has a role to play. Cait understands that beyond everything else, she is a role model for women everywhere. And nowhere was that more obvious than when she was asked recently for the best career advice she had ever received. Her answer: Stand in your power.

Yes, Cait, exactly. Stand in your power. We could all do worse than follow that advice. Thank you . . .

What traits do you admire in Caitriona Balfe? Let’s use this post to share the love for a woman who is modeling to the world at large how a successful woman can operate.