Scottish jewelers Hamilton & Young started designing Outlander-inspired jewelry long before the STARZ TV show. We talk to Gordon Young, one of the founders.

Diana Gabaldon’s bestselling books and the STARZ TV show, Outlander, have done more than introduce millions of people worldwide to an epic love story and adventure tale. Outlander has also created a burgeoning cottage industry of artisans and artists creating Outlander-inspired goods. From coasters to candles, if it’s something that can be made with an Outlander twist, it likely exists.

But in an increasingly cluttered Outlander marketplace, Scottish jewelers, Hamilton & Young, stand out. Located in two shops on the Royal Mile in Edinburgh, Hamilton & Young started making Outlander-inspired jewelry before the TV show was even a glimmer in Ron D. Moore’s eye. We caught up with Gordon Young, who owns the business along his wife, June, to learn more about their jewelry business.

An Edinburgh native, Young didn’t start his career designing and thinking about pendants, rings and bracelets. He originally worked for F. W. Woolworth, a retail company known to Americans of a certain age. From there, he worked for a Scottish woolen mill company, handling their marketing and development work. “But deep in my heart, I always wanted to own a business,” he says.

When an opportunity arose to create a shop on Edinburgh’s popular Royal Mile, Young and his wife, whose last name is Hamilton, jumped at it. In addition to selling jewelry, Young says they quickly moved to creating and selling historically related gifts for historical sites around Scotland. They have designed jewelry for Rosslyn Chapel, a medieval chapel on the outskirts of Edinburgh (side fact: Young says it’s the chapel that was used in  The Da Vinci Code movie, featuring Tom Hanks); cuff links for the men and a brooch for the ladies of the Scottish Parliament; and a ring inspired by Edinburgh Castle, among others. “I got to wander the castle,” Young says of that creation. “I did a pendant based on the key to the castle. I loved that idea.” Hamilton & Young’s Stirling Castle jewelry, in contrast, is based on the unicorns found in the tapestries in the castle.

Hamilton & Young’s jump into Outlander-inspired jewelry began after visitors to their shop started asking about “this ring.” “Is this the ring from Outlander?” they would ask, pointing to Hamilton & Young’s thistle ring. Young wasn’t sure what they were talking about. “I googled it and June got the book and it went from there,” Young says of the design they created. “We followed what Diana said in the book. June and I looked at the ring and thought, well if it doesn’t work, we can sell it ourselves as a lovely ring. We weren’t sure.” 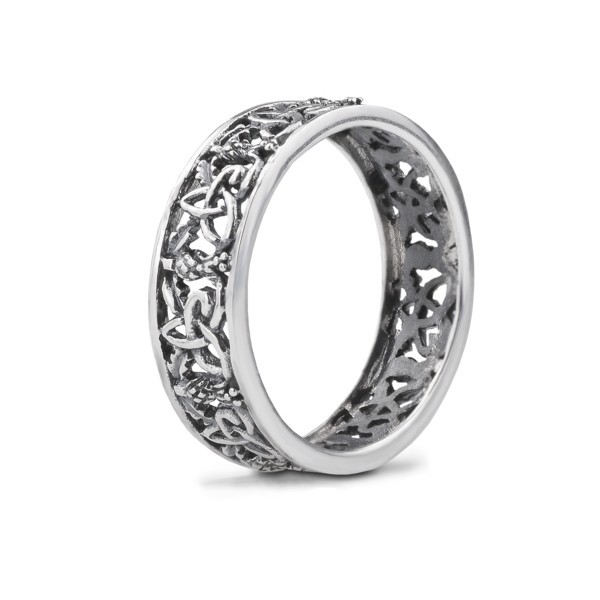 Clearly, they were on to something, however. Since designing that ring—still a popular item—the company has gone on to create a number of Outlander-inspired pieces, including its Voyager collection. “My wife June was nagging me about it,” Young says. “She was right. I love the shape of the compass. We did a piece where the compass floats in the middle in a Celtic pendant.” 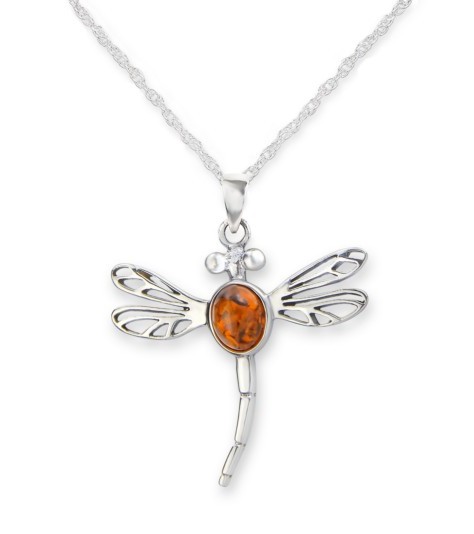 Standing stones jewelry was already part of Hamilton & Young’s collection before they discovered Outlander, Young says. “Prior to Outlander, we were doing Callanish standing stones jewelry,” he says, noting he’s been to the site multiple times. “I love standing there in this bleak Scottish moorlands. Early on, I decided we would do stones. I know Callanish stones had that authenticity. Then I saw a moon rising over the stones picture and thought we’ll have a moonstone in it.” 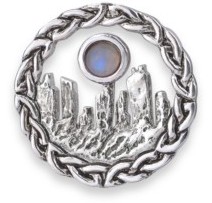 Always thinking ahead, Young says Hamilton & Young has already created a unique piece for Gabaldon’s ninth book in the series, titled Go Tell the Bees That I Am Gone. (Let’s all take a collective moment to wish Herself good health and speedy typing fingers so this book is done in 2018.)

“June heard the title and said, ‘I think we should do a bee,’” Young says. “I love bees, but when you look at them close up, they’re not nice. This one has been a long time in gestation period. I kept looking at pictures of bees and doing drawings, and the thing came out horrible.”

Eventually, Young says, he simplified the look of the bee overall, playing with the idea of integrating Celtic knot work into the design. “We went through three versions of knot work,” he says before finally getting the design the way they wanted it. 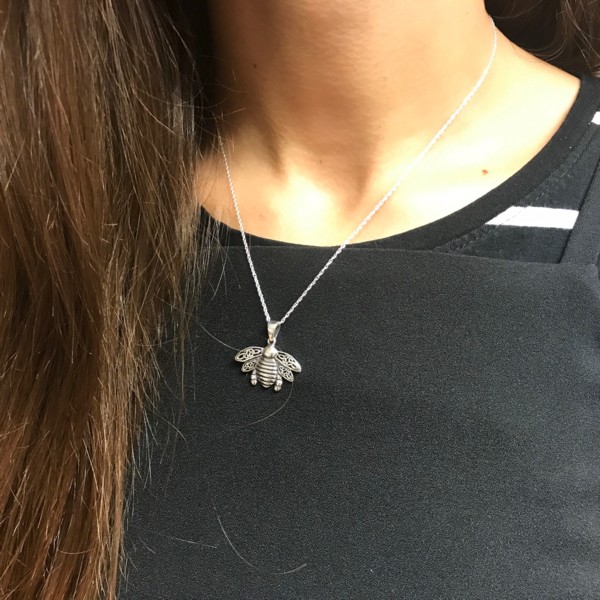 While Hamilton & Young has done quite well, Young claims he fell into the jewelry business—“I didn’t inherit the business. I had no great strategic plan.” Maybe. But then he shares this story.

“An elderly lady came in and told us her grandfather was a jeweler in this shop. He worked in this very basement where I’m sitting now,” he says. “I brought her down. She was so emotional, almost crying” as she told Young this story about her grandfather: Once a year he would go to Edinburgh Castle to clean and repair the crown of Scotland. “He was the only man allowed to do it,” Young says. “It was at night. He never talked about it. No pictures taken. The crown would be taken out of its secure vault and he would work on it locked in the room.”

“I know it sounds crazy,” Young sums up, “but I think it was life that came along and led me down this path.”

Want to win your very own bee pendant from Hamilton & Young? One lucky person from anywhere in the world will be chosen. We will pick a winner randomly on Thursday, October 19th.
To enter, please leave a comment below by 11:59 p.m. EST on Wednesday, October 18th.
Best of luck!

The giveaway is now officially closed. We will be contacting the winner. Thanks for reading!