Outlander fans everywhere have an opinion on what may or may not happen in Season 4. Here’s why I’ll likely  love Outlander Season 4 no matter what…

Outlander book lovers who also love the show have a tendency to demonstrate their love by bashing the show with a large tree limb whenever it diverges from the books which, admittedly, is a lot. We all know that the show is an adaptation of the books but we don’t all believe that an adaptation isn’t required to be faithful to the books that gave it life.

I think we, sometimes, fail to appreciate that the book left the hands of one artist and landed in the hands of multiple artists who have their own interpretations of the material. Would we call someone an artist just because he could faithfully reproduce the Mona Lisa? Probably not. We don’t need another Mona Lisa, we’ve already seen that. What we need are new portraits, new landscapes to inspire emotions and set fire to places deep inside us.

That’s how I view Outlander the show; it’s a reinterpretation of the story that Diana Gabaldon wrote. If you want a faithful recreation of thousands of pages of text, get the Audible version of the books, listen to Davina Porter’s heavenly narration, and imagine the scenes in your head. If you’re willing to risk the show that is for the sake of the books that ye once knew, then buckle up for Season 4. It’s going to be fabulous.

In the spirit of taking pretty much whatever the show runners give us and falling deeply and madly in love with it, except maybe for that hokey Jamaican version of Craigh Na Dun in Season 3 ( it looked like something from the original Star Trek), I give you the only Season 4 plot twists and character changes that I am unwilling to accept.

Rollo is Replaced By a Raccoon
I’ve seen comments on social media that Rollo is too small. He should have been a Wolf Hound rather than a Northern Inuit. I, personally, imagined Rollo as a wolf/dog mishmash and the dogs cast as Rollo look the part to me. I can actually think of several dog breeds that would have worked well here. What wouldn’t have worked is changing Rollo from a wolf-dog to a raccoon. I think there are more raccoons running amok in the Carolinas than wolf-dogs and, occasionally, they tolerate domestication. For bonus points, ask me about my Great Aunt Francis’ pet raccoon named Bandit. 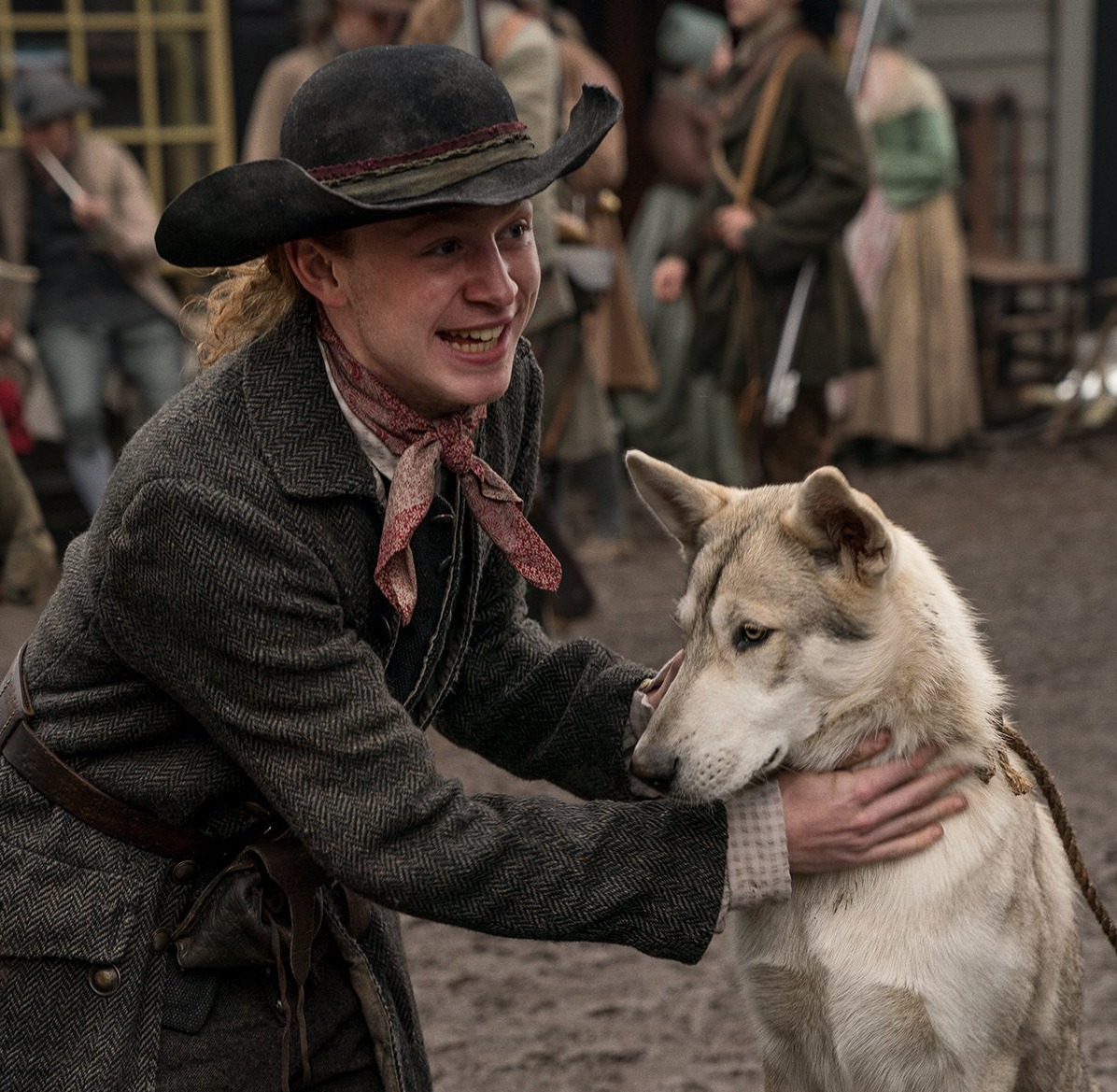 Jamie and Claire Forge a Friendship with a Colony of Giants
The Tuscarora tribe from the books has been changed to Cherokee and the name of “Nayawenne” has changed to “Adawehi.” If you haven’t already seen it, the explanation is that the Tuscarora were extinguished from the Carolinas in the mid-18th century and there is little visual evidence on which their costumes and appearance could be based.

The Appalachian Mountains are full of mountain lore and one of those tales involves a population of  red-haired giants who once lived there. Lending this tale some credence is the fact that, over the years, several human skeletons greater than seven feet in height have been uncovered during construction projects. The only plot twist that I will not accept regarding Jamie and Claire’s Blue Ridge neighbors is that they build a relationship with these ginger giants rather than Native Americans. Also, Ginger Giants would be a great band name, but I digress. 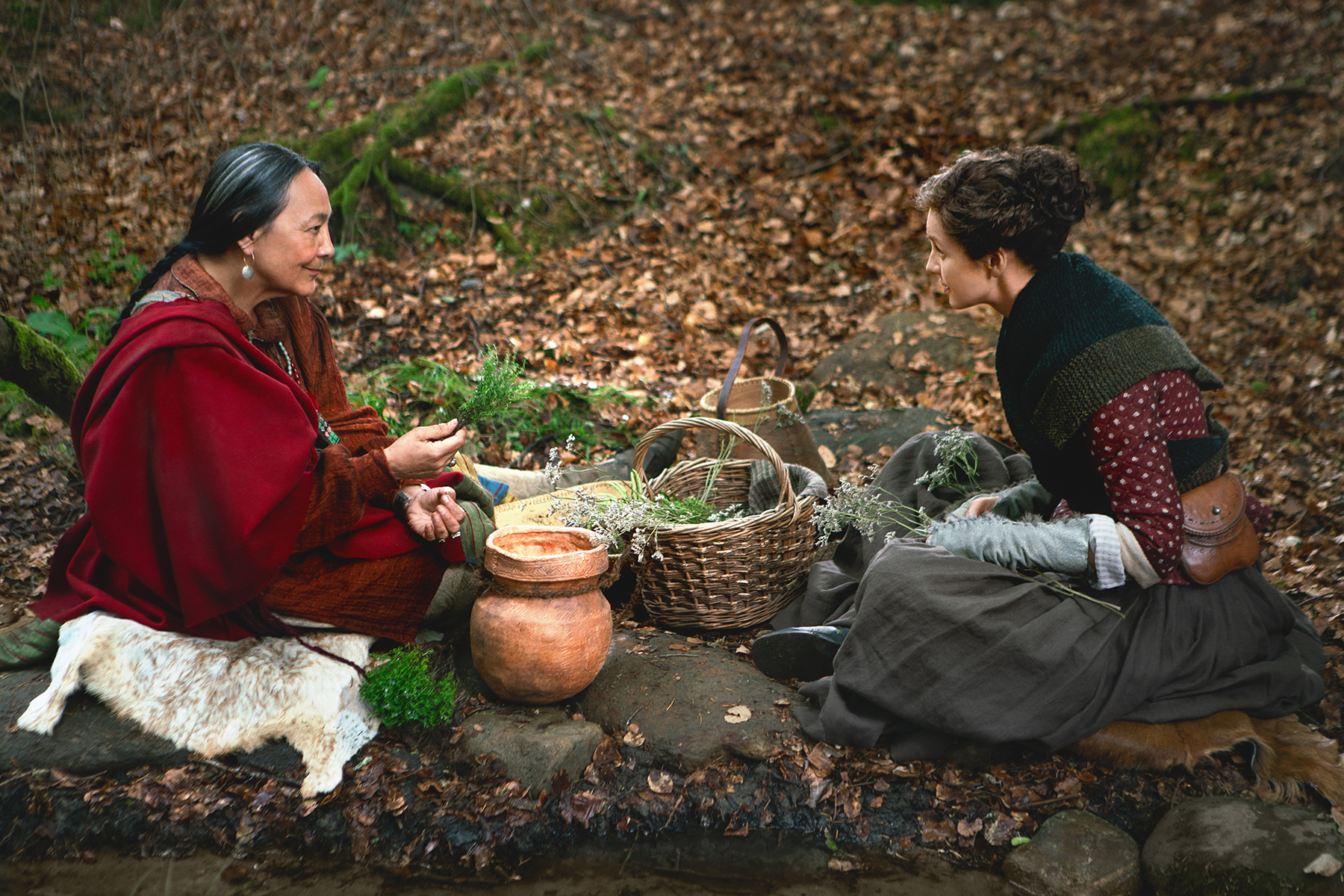 The Sonoran Desert Replaces the Blue Ridge Mountains
We won’t see the actual Blue Ridge Mountains on the screen! I feel this one, deeply. I am a child of the Appalachian foothills and my Scottish, Irish, and British ancestors lived in those mountains for 200 years before venturing into central Kentucky. However, since all of the filming is taking place in Scotland, I’m sure that it didn’t make sense to come to the States just to shoot footage of the mountains. When you long for images of the Blue Ridge, keep in mind that there is a reason the Scots remained tucked away in this area for so long. It reminded them of home. Having recently returned from a trip to Scotland and with a lifetime of Appalachian views in my mind, I can say that I’ll be happy to see the Scottish Highlands stand in place of the picturesque Blue Ridge.

The only way I’m upset about a location change is if Ronald D. Moore decides that Jamie and Claire need to restart their lives out west in the Sonoran Desert.  Jamie might be the King of Men but I don’t think even he is ready to wage war with scorpions and cacti. 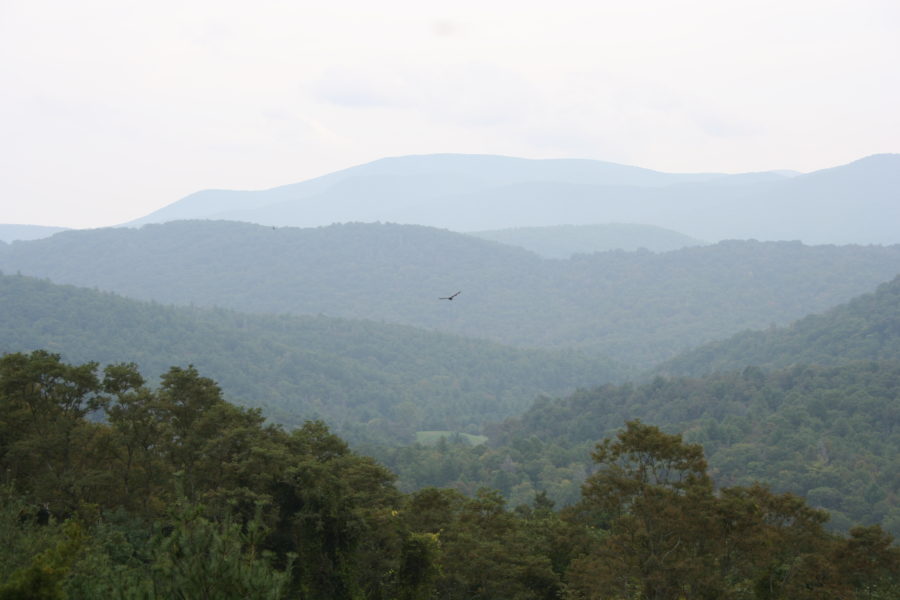 These are the actual Blue Ridge Mountains. Enjoy the majesty!

Claire Gauges Her Ears So That She Can Still Wear Her Rings
Ya’ll have picked that trailer to the bones. One ring is different. One is missing. It’s going to be all right guys! The only way it won’t be ok is if Claire loses all her fingers in a tragic woodcutting accident (Jamie said move away…she thought he said move with me…terrible misunderstanding really) and she’s forced to gauge her ears so that she can still “wear” both rings. On a positive note, Claire goes on to open the first hipster coffee house/brew pub in western North Carolina. 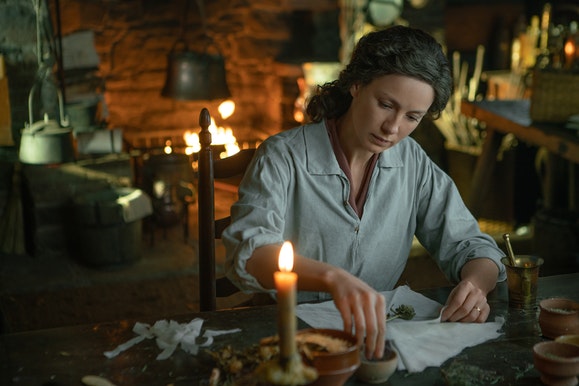 Stephen Bonnet Becomes Claire and Jamie’s Domestic Help
I’ve read so many things about Ed Speelers. He’s too pretty. He doesn’t “sound” Irish. Why would Lord Grantham ever let him leave Downton Abbey? We already know that he’s being promoted as season four’s villain so let’s assume he’s going to be perfectly dastardly. The only way I won’t accept his character is if he meets up with Jamie and Claire, declares his lifelong love for domestic service, and turns the Fraser’s Ridge cabin into a posh little Bed and Breakfast which realizes a sizable annual profit for the Frasers. 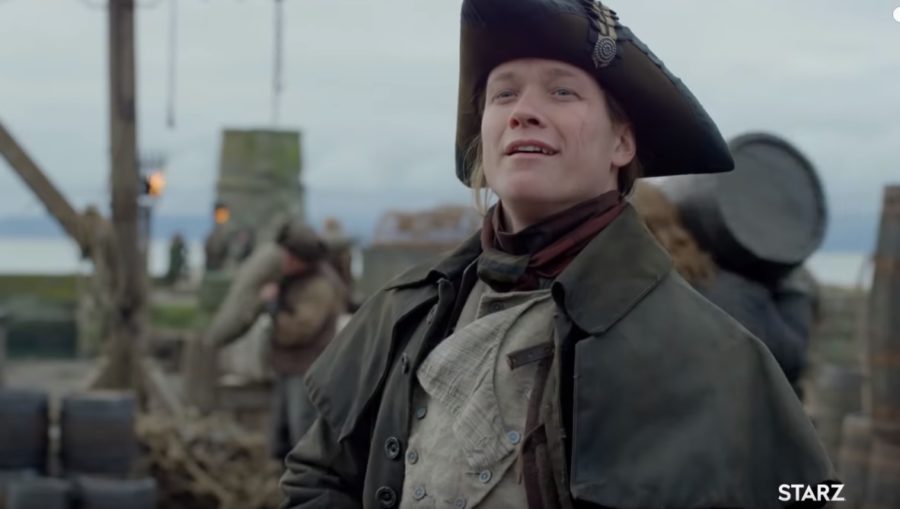 If you’ve gotten this far, I need you to know that this was intended to be a cheeky take on my hopes for Season 4 of Outlander. The truth is that, while the deviations from the book might sometimes make me cringe, I see them as part of one fabulous Outlander package. As long as Ronald D. Moore and his team of writers are willing to devote their blood, sweat, and tears to this story, then I will continue to get my Jamie and Claire fix. If Jamie’s personality is a little off, or the quotes that we’re waiting for come to us a bit out of chronological order (or a little rearranged) I’m going to be fine and I hope you will be too. As long as I get to share one more adventure with Jamie and Claire, I’ll be one happy Outlander fan(atic). Are you ready to Brave the New World?

How do you feel about the adaptive choices that sometimes take Outlander the show in different directions than the books? Are you a by-the-book show watcher who dislikes deviations from the source material or are you ok with the changes made by the show runners?