Outlander fans got a little Droughtlander treat with a Deadline Awards Screening Series chat with Sam Heughan, Caitriona Balfe and Matt B. Roberts. Here’s a round-up of the panel and other Droughtlander tidbits.

Hi, how are you doing? OK, I hope. Everything’s off kilter and now we have a looonnnnng Droughtlander ahead of us to boot so we Obsessenachs need to stick together.

Me? I’m definitely managing better than during other Droughtlanders with a wee bit of help from the extraordinary amount of Outlander-related press on my screens. From Sam Heughan and Caitriona Balfe sharing their own workouts on social media, encouraging all of us to break away from couch potato pursuits — like internet toilet paper searches — and get a move on to the Deadline Season 5 Finale screening earlier this week, it’s been a steady stream of solid gold hits. 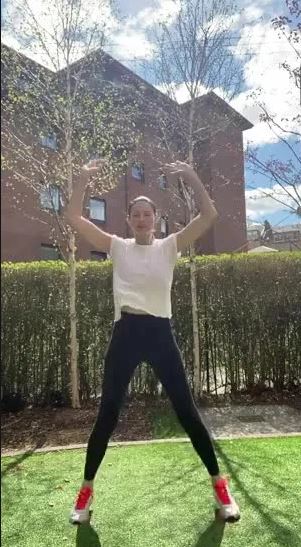 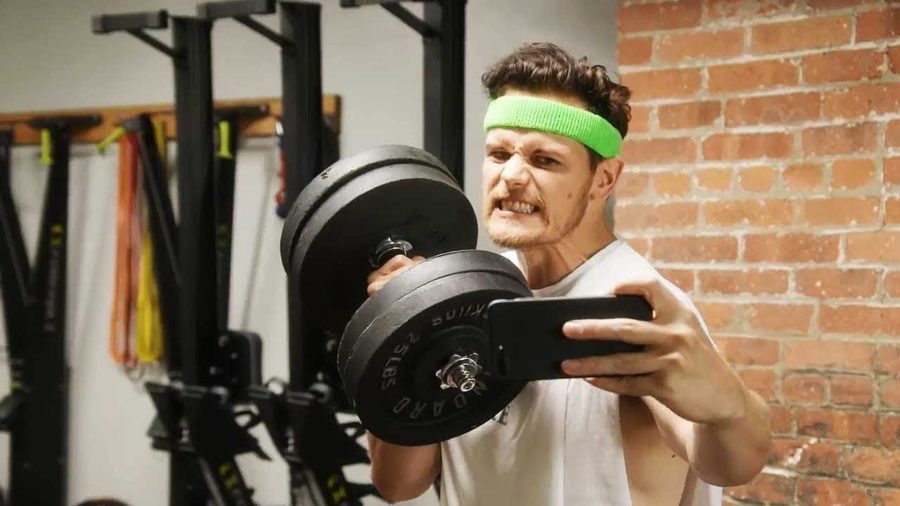 Yes, I know that’s an old photo of Sam but, you laughed, right? This jewel been patiently waiting on my computer to be brought out now, at just the right time.

Seriously, our Outlander lovelies are quenching our thirst in numerous ways. I started trying to gather up links to everything and was quickly overwhelmed on what happened when, before or after the May 10 Finale. Should you get bored anytime soon with rewatching Outlander Season 5, one of if not THE best in the series IMHO, simply Google away for All.The.Outlander.Libations. In the meantime, here’s a quick summary.

We’ve seen (and maybe participated in) numerous challenges — baking, burgers and dance to name a few. Caitriona read for Bloomsday 2020 and has her own book club. 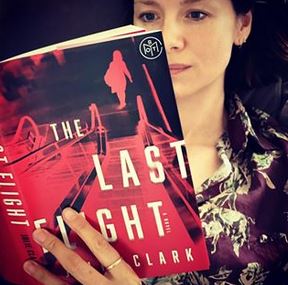 Sam has dominated the interview circuit and magazine spreads. He has several films to be released in the coming months and Men in Kilts with Graham McTavish will be launched soon not as a podcast but as a STARZ series. What?! 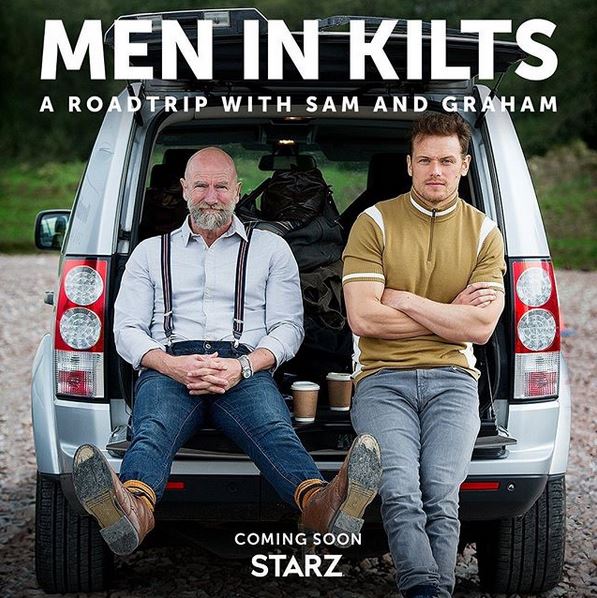 Tim Downie reads children’s books weekly on Instagram. He’s started a podcast with David Berry who has shared some beautiful tunes as well. Richard Rankin has new photos for purchase and, wow, don’t get me started on his short-lived Dicky’s Daily Diaries quarantine series. His wardrobe was outstanding! 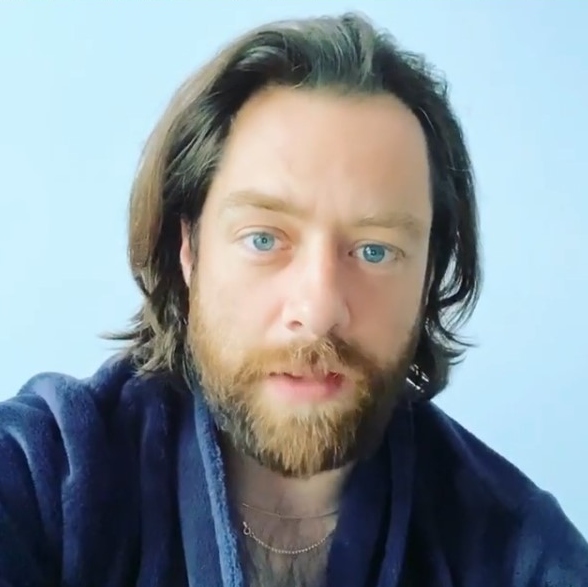 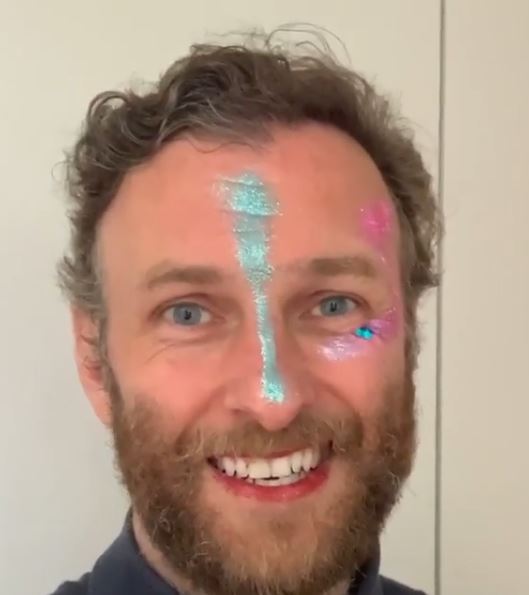 Oh, yes, the Season 5 soundtrack is out and you can preorder the Season 5 DVD on Amazon (which includes the soundtrack BTW). Tell me what I missed cause I know there’s more out there.

Outlander Gets Our Vote

For now, let’s get back to that Deadline Virtual Awards Screening Series and interview. It’s Emmy nomination time and I hope every single Emmy voter watches every single episode of Outlander Season 5 and listens to the entire Deadline discussion. Again, IMHO, this interview is one of the best group discussions out recently.

Deputy editor of @Deadline‘s awards magazine Antonia Blyth hosted and, after the Season 5 Finale viewing, spent about 30 minutes quizzing panelists Sam, Caitriona and Matt B Roberts, including some questions submitted by the audience.

The topics ranged from the partnership with the National Sexual Assault Telephone Hotline, RAINN, for the finale (and throughout the entire series) to where they would take Outlander if there were no more books to draw from. There was serious discourse, humor and lots of smiles all around. 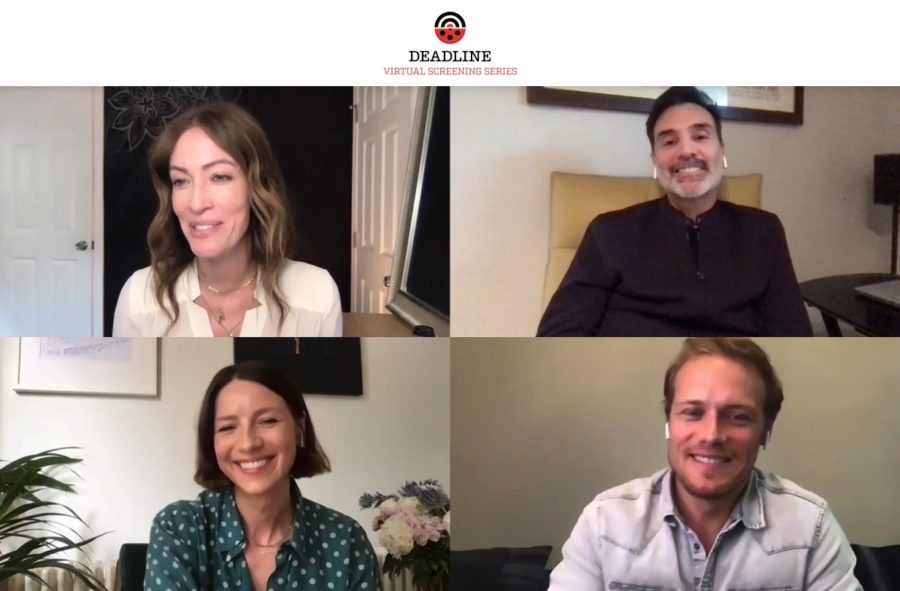 What really stayed with me from the discussion was the frequent mention of collaboration, both within the Outlander team and with others. Before Outlander Season 5 began filming, Matt and Toni Graphia knew the finale storyline and relied on the expertise of RAINN, as did Caitriona, on how to sensitively tell Claire’s horrific story of kidnapping and sexual assault by Lionel Brown and his mob. RAINN has been an Outlander partner since Outlander Season 1. Conversations continued during filming between the actors and writers and director Jamie Payne. They started with much more dialogue than usual and pared down as they filmed before trimming further in editing.

Matt shared another interesting piece. Claire’s disassociation technique was designed to provide an escape for her and also for us as viewers. The writers laid out the 1960s house sequence for production designer Jon Gary Steele and costume designer Trisha Biggar and then asked that they and their teams find ways to make it as dream-like as possible. For example, the house sets were never the same from scene to scene. Objects were moved, removed and/or added. You’re going to watch again right now, aren’t you, to look for those changes?

Speaking of real life, it’s been hard to see Gary move on. (You can read our tribute blog post here if you missed it.) Everyone spoke glowingly of him and how much he would be missed and they talked favorite sets for a few minutes. Sam’s was the Castle Leoch Great Hall where he said he felt at home amongst all the details. Caitriona chose Master Raymond’s Apothecary. Matt started with the Star Chamber and continued with the Boston and Paris apartments, the brothel, and the Wilmington and Paris streets. They all spoke of Gary’s attention to detail and how it brought the characters’ world to life and made it easy to step into their roles. The sets were works of art and it broke their hearts to see them broken down. Our hearts were broken along with theirs at Gary’s departure and we wish him well as he builds sets for other actors, filling drawers and cupboards so they’ll feel at home should they need to open them.

Speaking of favorites, Antonia asked the panelist about costumes as well. Caitriona selected her blue riding coat and a green suit she described as having a nautical feel. Sam of course went first to the kilt and how all of us had been waiting for it. I think that’s the understatement of the year. He also mentioned the British uniform red coat and the long brown coat he wore riding to Brownsville. If you see him in it on the street or in an interview shhh, don’t tell.

Both Sam and Caitriona commended Trisha for her collaborative spirit and for managing to put her stamp on the costumes so late in a series while respecting what came before. Caitriona and Trisha spent quite a bit of time particularly on selections for the finale, keeping the silhouettes simple. Now I have to watch again for the particular costumes they mentioned.

On the series in general, Sam said the storylines become more complicated and bold with each passing season, a gift from Diana Gabaldon and from the writers, making it hard to ever become complacent. He and Caitriona talked a bit about their transition from “green” actors to actors/producers and about their continuing opportunity to still learn from their co-workers, the writers and show runners years into telling this story. Their unique roles were demanding early on and it wasn’t until the storylines for other characters expanded that they really had time to take on new responsibilities and truly be helpful. They both seemed to enjoy the different aspects of production, a jigsaw piece as described by Sam that provides professional growth opportunities as well. I got a kick out of their related jokes: Sam said his contribution was adding a bar back stage and Caitriona said to Matt that she hoped they weren’t a pain in the ass.

They also spoke about their attachment to and feelings of protection for their characters yet they can leave them behind at the studio. For example, Caitriona doesn’t think she’s as hot-headed as Claire (Sam’s face disagreed) nor does she go around saying “Jesus H Roosevelt Christ” even though Sam thinks she should.

Both characters were on emotional rollercoasters during Outlander Season 5, supporting Bree and Roger, and supporting each other as they walked a tightrope between Governor Tryon and the Regulators and then tried to cope with Murtagh’s death. As Antonia noted, strong emotions bubbled under the surface even before Claire was abducted. No surprise then when Red Jamie reappeared.

Outlander Season 6 and Other Bits

While Matt said they are all eager to get back to work, no specific date was mentioned. I’ve heard “Fall” bandied about but only time will tell when and how the show will get back on track.

Somewhere else there was discussion about filming the intimate scenes in Outlander. How will they ever make that work in this COVID social distancing, face mask-wearing reality? We simply have to trust it will all work out.

Like Jenny, Antonia did some pot stirring with a hypothetical question about future seasons: What would you do if you could throw the books out? Given what’s happening around the globe right now, Matt would send them sailing off to Hawaii where Sam said Jamie could invent surfing and Caitriona said Claire would go into medicinal cocktails. How do we get a spot on that sailing crew, right? Thinking more practically, Matt said the Highlands would be better as the producers could have more control over the Outlander world. Now that’s where I want to be Every. Single. Day. Sam, ever the diplomat, said he did miss Scotland as a character but he wouldn’t incur the wrath of Diana or the fans.

If you’d like to see the full interview, click here.  Antonia wrapped by saying she hopes the show goes on forever. Us, too, Antonia. Us, too!

All the Outlander goodness has Obsessenachs everywhere shouting, “Thank you!” to all the Outlander lovelies. We appreciate your hard work and your IRL antics IRL that keep us laughing.

Best of luck to the entire Outlander team with the 72nd Emmy awards. Nominations will be announced on July 28 and the award show will air September 20. Hoping all the voters will be Obsessenachs just like us when voting rolls around. There’s plenty of online polls to fill the void, too — vote early, vote often on those.

I’d also like to extend a huge thanks to Sher from AB-Outlanders who I learned this week coined the term Droughtlander. Sher, you Outlander queen, you rock this fandom.

My fellow Obsessenachs, what’s your strategy for getting through Droughtlander?

Obsessenach Karen K Rutledge found Outlander through the STARZ TV series in 2016 after living under a graduate school rock during Season 1 and most of 2. She binged then began making her way through Diana Gabaldon’s captivating book series. The rest is history.