How They Made It: Whisky Fudge for Watching Men in Kilts

Welcome back to our occasional series, “How They Made It,” where we explore the food and drink of Outlander. This time we’re making whisky fudge for watching Men in Kilts. Slainté!

Sam & Graham and a dram

When I found out that Men in Kilts, Sam Heughan‘s & Graham McTavish‘s roadtrip around the Scottish Highlands, was going to be premiering on STARZ on Valentine’s Day, I knew the best way to watch would be with a wee dram of scotch, and a piece of chocolate alongside.

By the way, if you’re a fan of Sam & Graham’s book Clanlands about the making of Men in Kilts, check out the Outlander Cast podcast where Mary & Blake discuss the book “chaptah by chaptah.” It’s a hoot, both the book and the podcast!

Ok, back to the chocolate and the show… 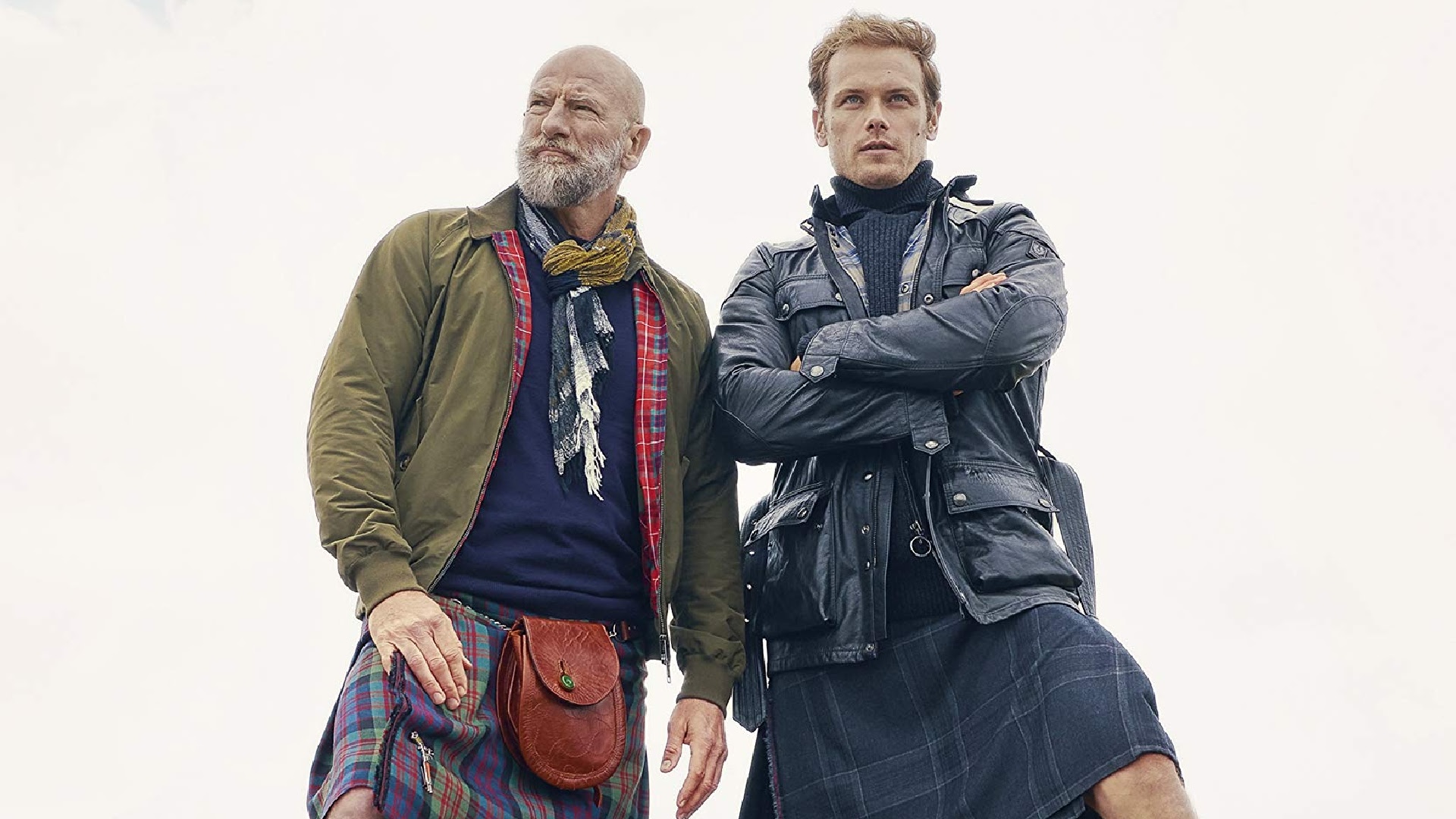 But wait, what if the chocolate…no, fudge…had whisky in it?

You remember the Clan Fraser whisky, right? I reviewed it alongside the Glenfarclas and Laphroaig Lore single malts. If not, check out my review, then hurry on back.

I’ve made fudge with condensed milk many times. This time I wanted to use a fudge recipe without condensed milk, having none on hand.

Searching around Pinterest (where else?), I came across Kitchen Enchanted’s Chocolate Whiskey Fudge.

By the way, did you catch the change in spelling? That’s because Kitchen Enchanted’s uses an Irish whiskey fudge recipe (Jameson’s, to be precise) as her spirit, while I have scotch whisky in mine.

The beauty of this whisky fudge recipe is that you can use whatever whisky, whiskey, bourbon or another liquor type that you want. Just make sure it’s good quality.

Now is not the time for cheap spirits. 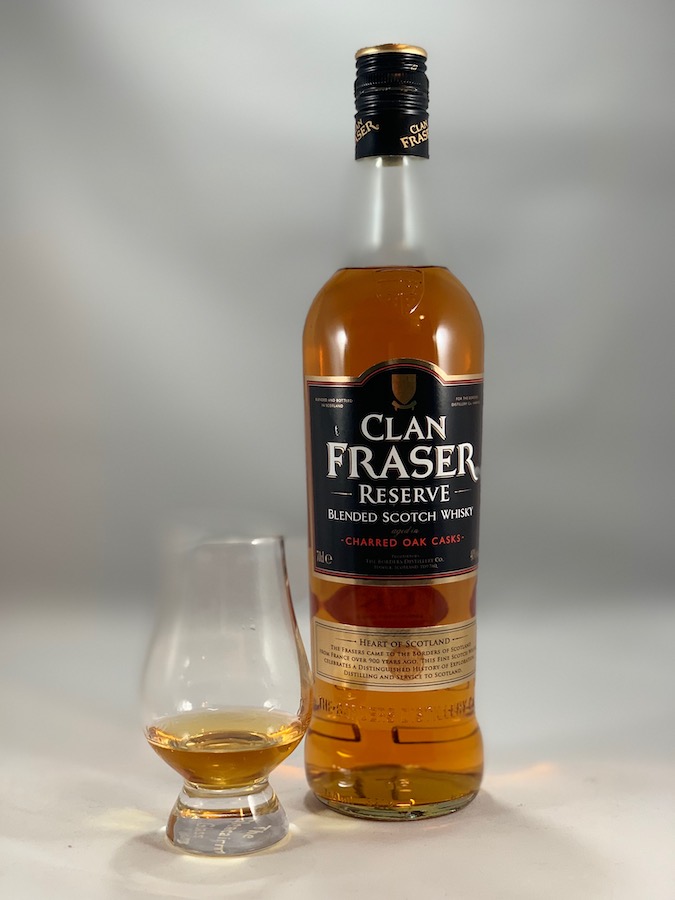 A fine dram to be made into fudge

Did I mention this chocolate fudge recipe has ½ cup of whisky in it? And it doesn’t get cooked out?

This is not a fudge for the faint of heart (or the underage). You’re going to taste the whisky, and feel it, too!

While you’re at it, use a good quality of dark chocolate also. It’s going to make or break the fudge’s texture and underlying taste. The better the chocolate, then better the fudge will be. 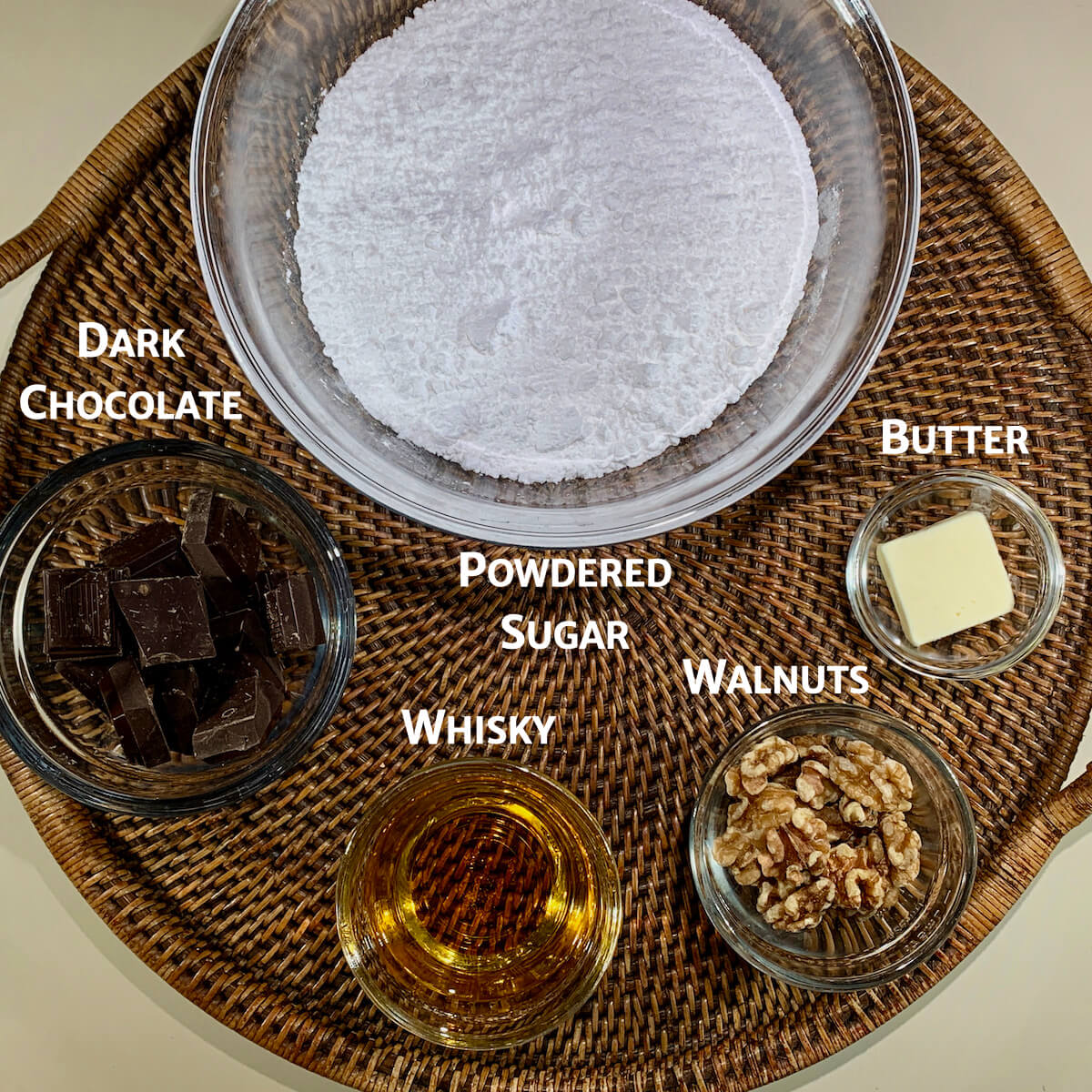 Only five ingredients go into this delectable fudge!

This fudge recipe is very easy to make because…wait for it…there is practically no cooking involved at all. You don’t even need a candy thermometer. If you can melt chocolate, you can make this recipe.

All you have to do is mix the whisky into the powdered sugar, add the melted dark chocolate (with a bit of butter), and stir, stir, stir.

The process is fairly quick, but it will take some arm muscles mixing the melted chocolate into the whisky mixture. Just think of me as your fitness coach (Left arm, 3 turns of the spoon, Right arm, 3 turns…). 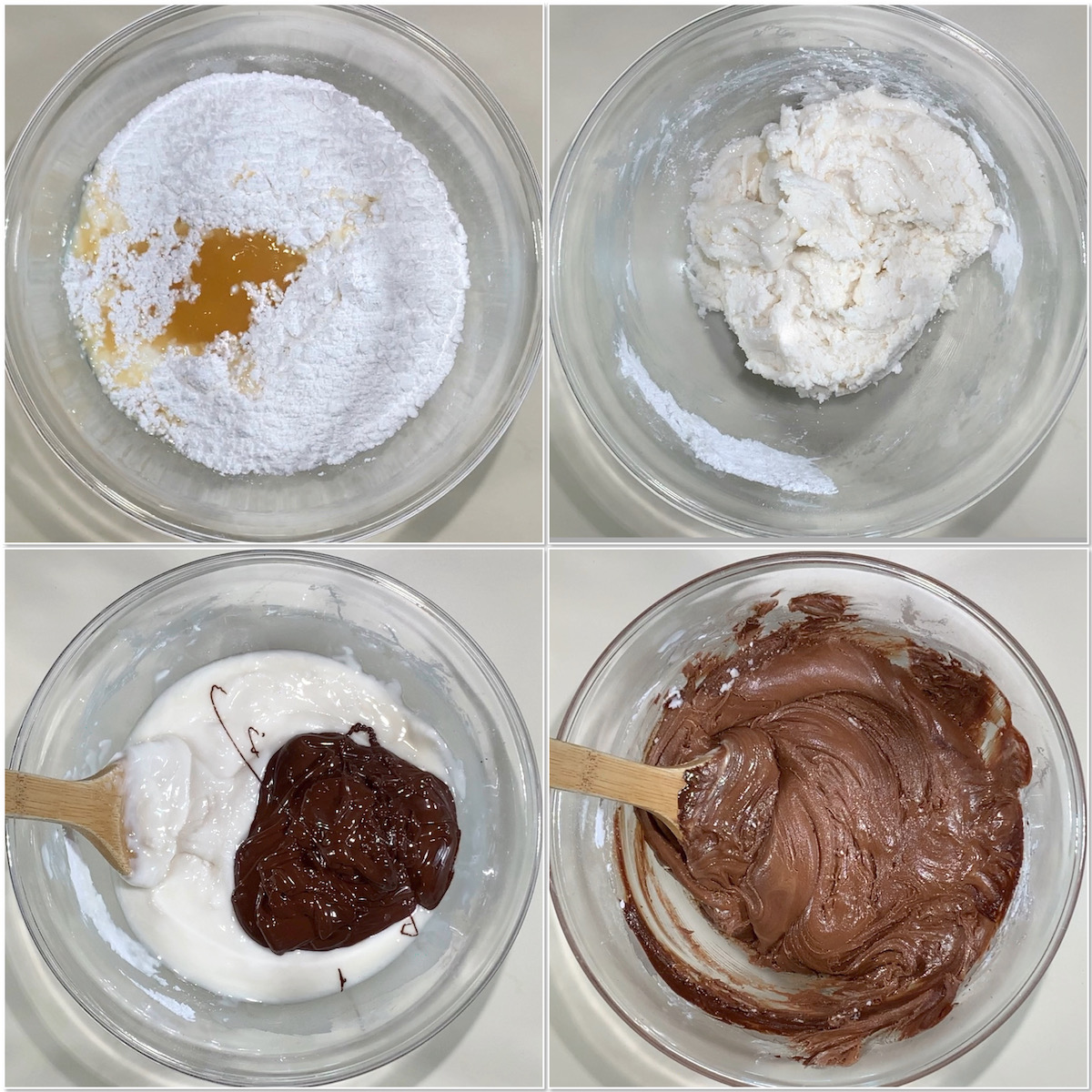 Combine the whisky and powdered sugar and stir in the melted chocolate.

Adding nuts are optional. I’ve made whisky fudge both with and without nuts, and it’s great either way.

I use an 8×8-inch collapsible pan for making fudge (I also use it for making marshmallows). If that’s not handy, a 8×8-inch baking pan lined with parchment or wax paper will work (making sure the sides of the pan are covered).

Also, this recipe can be doubled and pressed into a 9×13-inch baking pan. Cutting the fudge into 1- x 2-inch bars will yield 48 pieces. 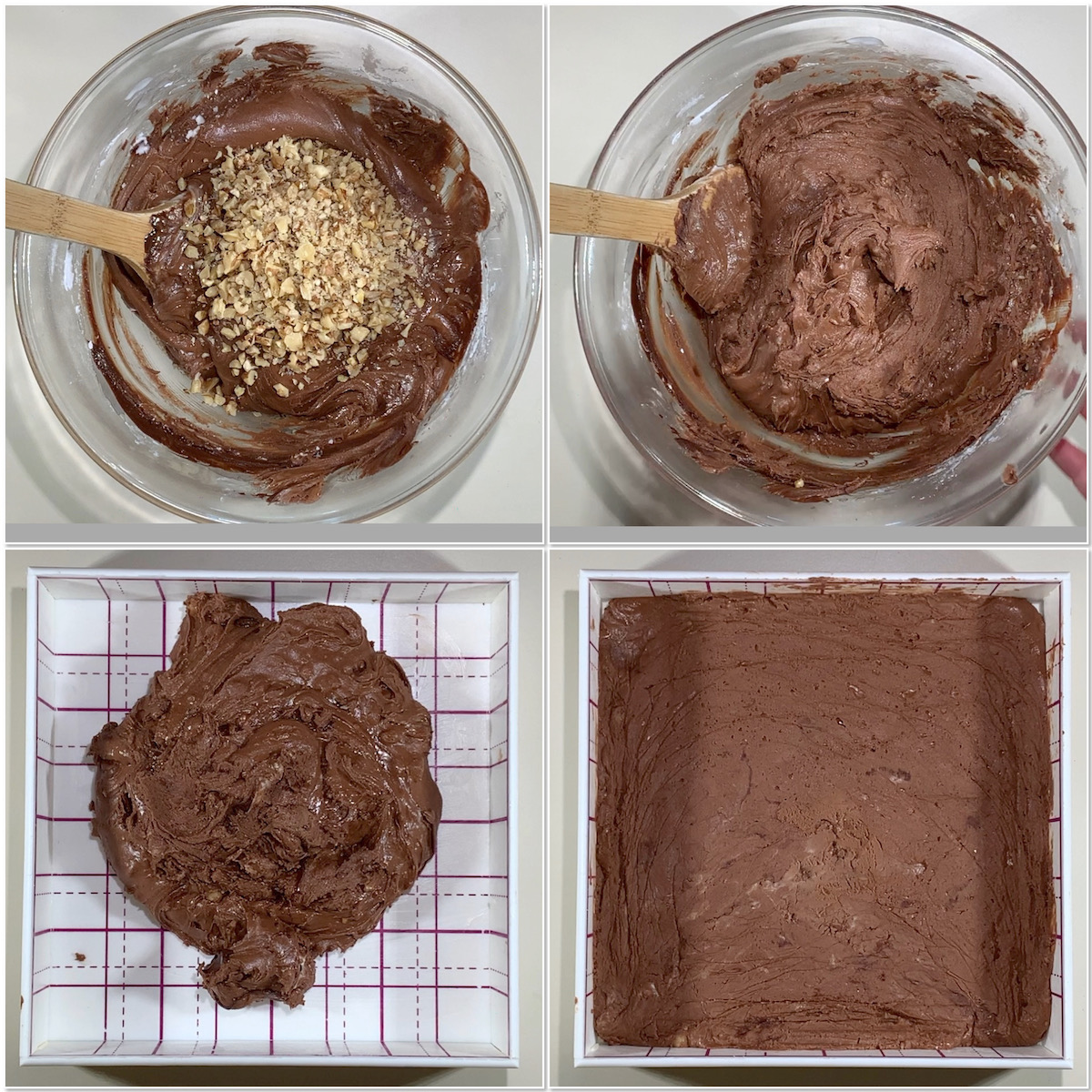 Stir in nuts (if using), then press the mixture into a buttered collapsible pan

I think the hardest part of the whole process is cutting the fudge into even pieces. No matter how hard I try, some pieces are usually larger than the others.

At least I get to munch on the trimmings… 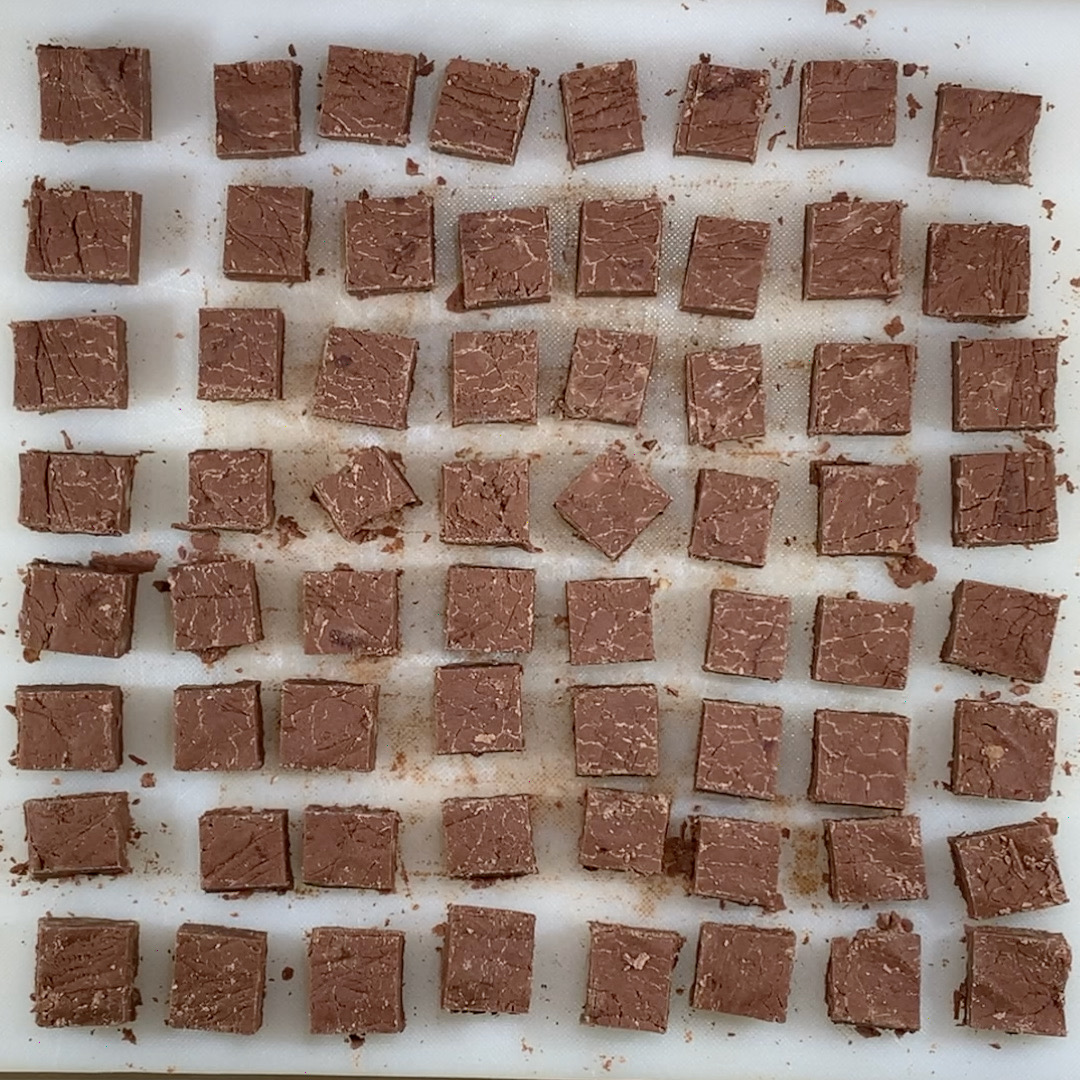 Well, these are mostly the same size!

This Dark Chocolate Whisky Fudge had a smooth and creamy texture, silky soft with a spicy kick from the Clan Fraser Whisky.

By the way, if you do want to make a boozy fudge with condensed milk, check out my recipe for Kahlua Chocolate Fudge. 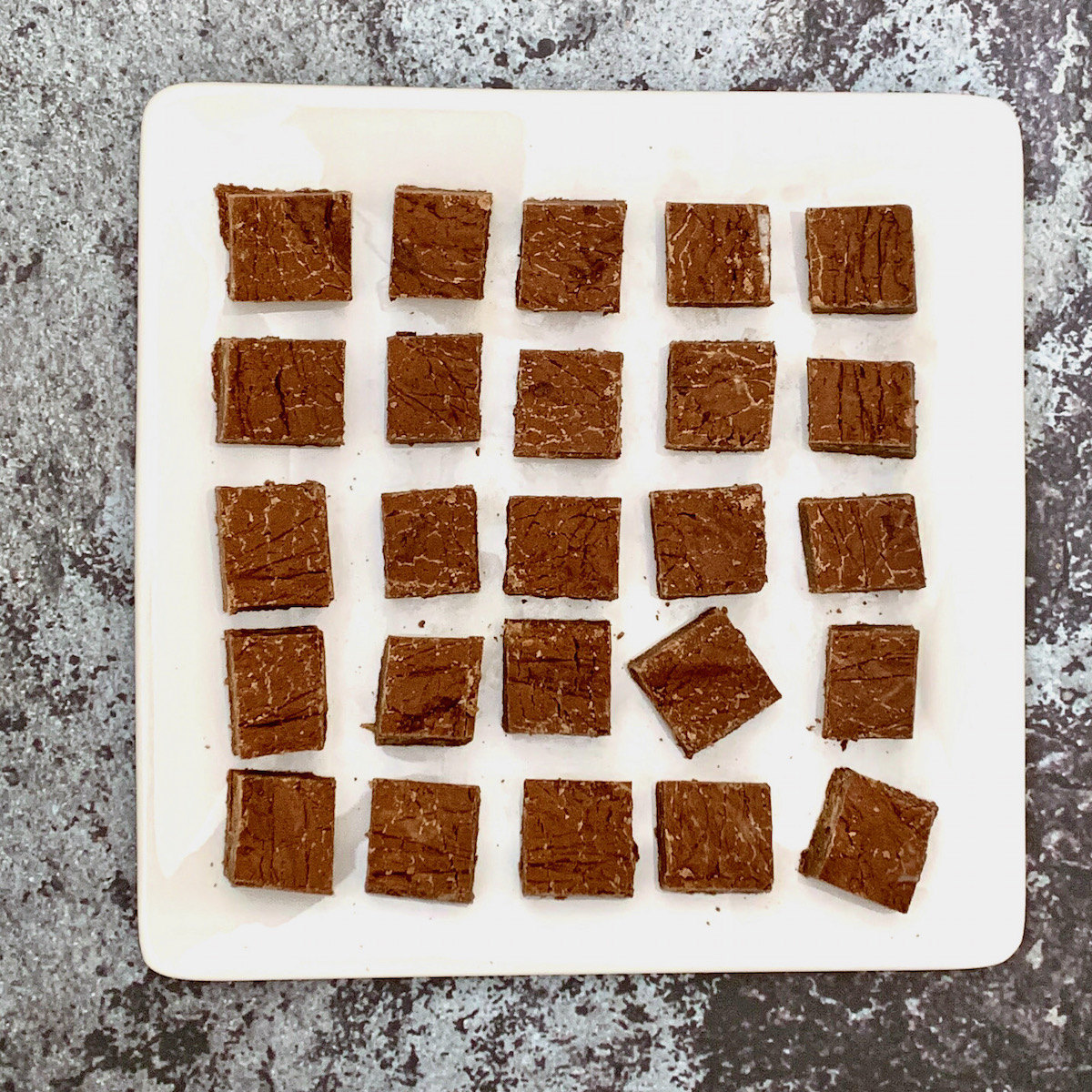 This should be enough fudge for watching the whole season of Men in Kilts!

Chocolate and whisky are perfect for each other in this delectable fudge, just like Sam and Graham in Men in Kilts!

What is your go-to Outlander and/or Men in Kilts watching snack? 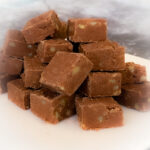 Use a good quality whisky. It will be tasted! I used Clan Fraser Reserve blended scotch, but any good quality whisk(e)y or bourbon will do. If you want to reduce the amount of alcohol, I recommend replacing that amount with another flavorful liquid like milk or apple cider and about 1½ to 2 teaspoons of vanilla. While you’re at it, use a good quality of dark chocolate also. It’s going to make or break the fudge’s texture and underlying taste. I use a 72% dark chocolate, but you can used whatever type of chocolate you'd like. Semi-sweet or milk chocolate would work well. Whisky fudge can be wrapped in wax paper and frozen in an air-tight bag for a month or two. The ingredients can be doubled and pressed into a 9x13-inch baking pan. Cutting the fudge into 1x2-inch bars will yield 48 pieces. Did you make this recipe? Please share your pictures with the world on your social media…tag @outlandercast (on Instagram and Twitter) and use the hashtag #howtheymadeitoutlander. I can’t wait to see your creations! 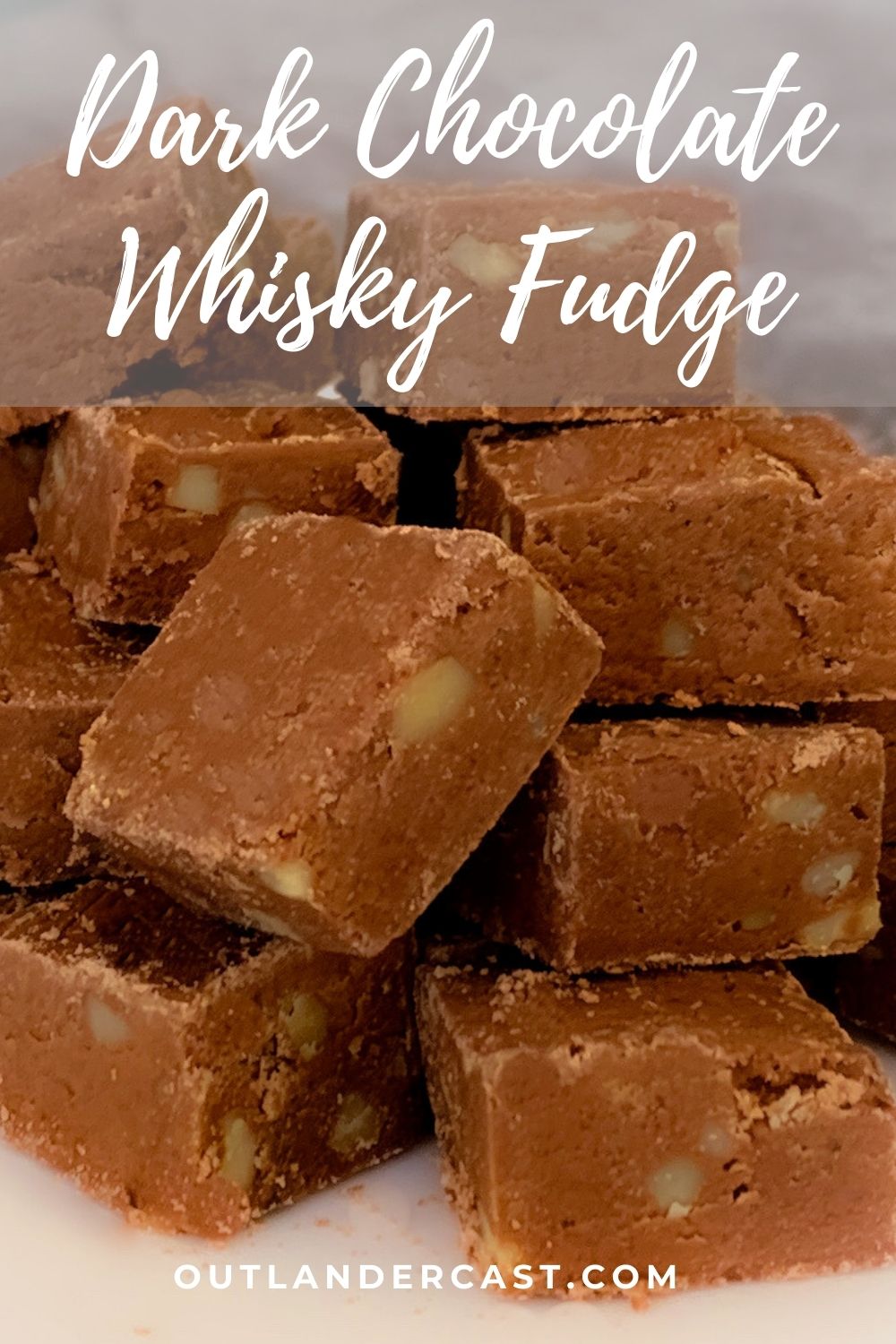