Let’s get the folderol out of the way. I have been awesome. End of story.

That said, I realize you’re busy what with all that flying around the world and reading your list and checking it twice, so I’m going to make this easy. Everything on this list is related to Outlander. One stop shopping — and it starts and ends with Jamie Fraser/Sam Heughan.

We’ll start with the easy things and work our way up, or down, to the trickier ones.

My first wish is for Sam Heughan, the actor who has brought Jamie Fraser to life in the Starz series. Yes, he won the Radio Times Sci-Fi championship (still not sure what that really means although it was fun to watch the Twitter battle of the stars) and he’s had a bunch of photo shoots and a new movie he’s going to work on, but the Golden Globes snub is a major ouch. So can you please make 2016 the year Sam Heughan gets his big win? He’ll have more material to work with, as my co-blogger Holly Richter White so aptly points out, but could you just give little nudge to all the appropriate folks? And if you need a reminder about why he deserves recognition, check out the last two episodes of season one — although I’m not sure you’ll want any of the elves to see it.

Number two: Can you please help the Outlander journalism world get the name of our damn blog name right? So far we’ve been quoted in Scotsman Now and the Daily Record in the UK, which is generally awesome. But in both we are called “Outlander Crew Blog.” Really? How hard is it to actually get the name of a source correct? I say this as a journalist with 30-plus years experience. It’s Journalism 101. Would appreciate a little chat here, Santa, with appropriate editors.

Number three: It’s time for the Outlander fandom to take a major chill pill. For God’s sake people this is supposed to be fun! What is the point of maligning each other because one group believes Sam Heughan and Caitriona Balfe are a couple in real life and the other group doesn’t? Who cares!? I don’t get in your fantasy life. Don’t get in mine! And stop being so mean while you’re at it. The things people post on Tumblr and Twitter defy reality. And that means leaving Heughan and Balfe alone too. They each actually have a mother in real life. They don’t need strangers telling them if something they’ve posted is appropriate. Let’s make 2016 the year mean girls (and maybe some boys but mostly not) in this fandom give it a rest. Maybe you need to drop some coal in a few stockings, Santa, to make your point.

Number four: Given the ridiculous amount of time that passes between seasons, we book readers have had more than a little time to obsess over ponder what scenes from Dragonfly in Amber might appear in season two. Ron D. Moore’s hints that the TV show will divert from the book somewhat already have book obsessives’ hearts a-twitter. Sure, we can all wear our big girl pants and recognize that books and TV are two different mediums and that of course what works for a book (cave scene from book one, anyone?) can be hard to recreate or the wrong choice for TV. Got it.

And we did get some good news this week with the casting announcement of Richard Rankin as Roger Wakefield. Assuming Brianna is the Christmas miracle Moore et al must be hoping for as they, um, cast about for the right actress — maybe you can help with that too, Santa? — this suggests that Roger and Brianna will indeed be in season two. The question is how? The opening and closing to book two are such great WTF reading moments (if you’ve been a TV-only Outlander fan, now may be the time to pick up the books. Seriously.) The news of Roger’s arrival  suggests that Ron has realized this and will do the right thing.

But the hooting and swooning over Roger has barely dimmed when Laoghaire MacKenzie arrived on social media. What. The. Hell. Laoghaire is not in book two. Nor should she be for any reason. This is the kind of leak that gets the fandom planning its own uprising — and given that the premiere isn’t until April, the fans have a looonnnggg time to be irritated and speculate and plan their revenge. Having Laoghaire in season two would not be a good move, Ron (see number 3).

So, Santa, if you could just help Ron see the light and recognize that he’s already got great material to work with. Yes, he needs to recognize the potential strengths of conveying that story on TV, but please please please don’t let him make this into a soap opera or deviate too much from the plot. Part of the beauty and appeal of the Outlander series, and part of Gabaldon‘s genius, is that she doesn’t stray into soap opera land. It is the genuineness that helps drive the appeal of these characters and their escapades. Please, Santa, help Ron keep it real. And please make Laoghaire disappear. She can come back when she’s supposed to but not before. 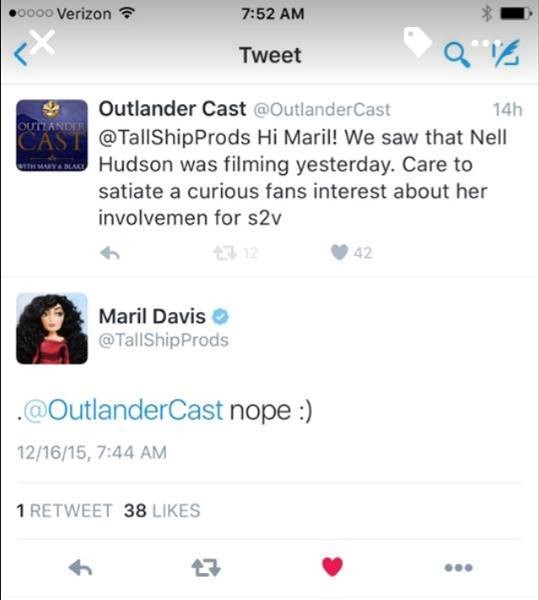 And finally, Santa, can you please contact Sam Heughan and ask him to pay me a little visit? Cardboard Jamie is fine, but come on! Sam can bring the whiskey. I’ll bring the mistletoe. And for you? I’ll leave some extra cookies and maybe a little something special in that eggnog. Thanks! And Merry Christmas! 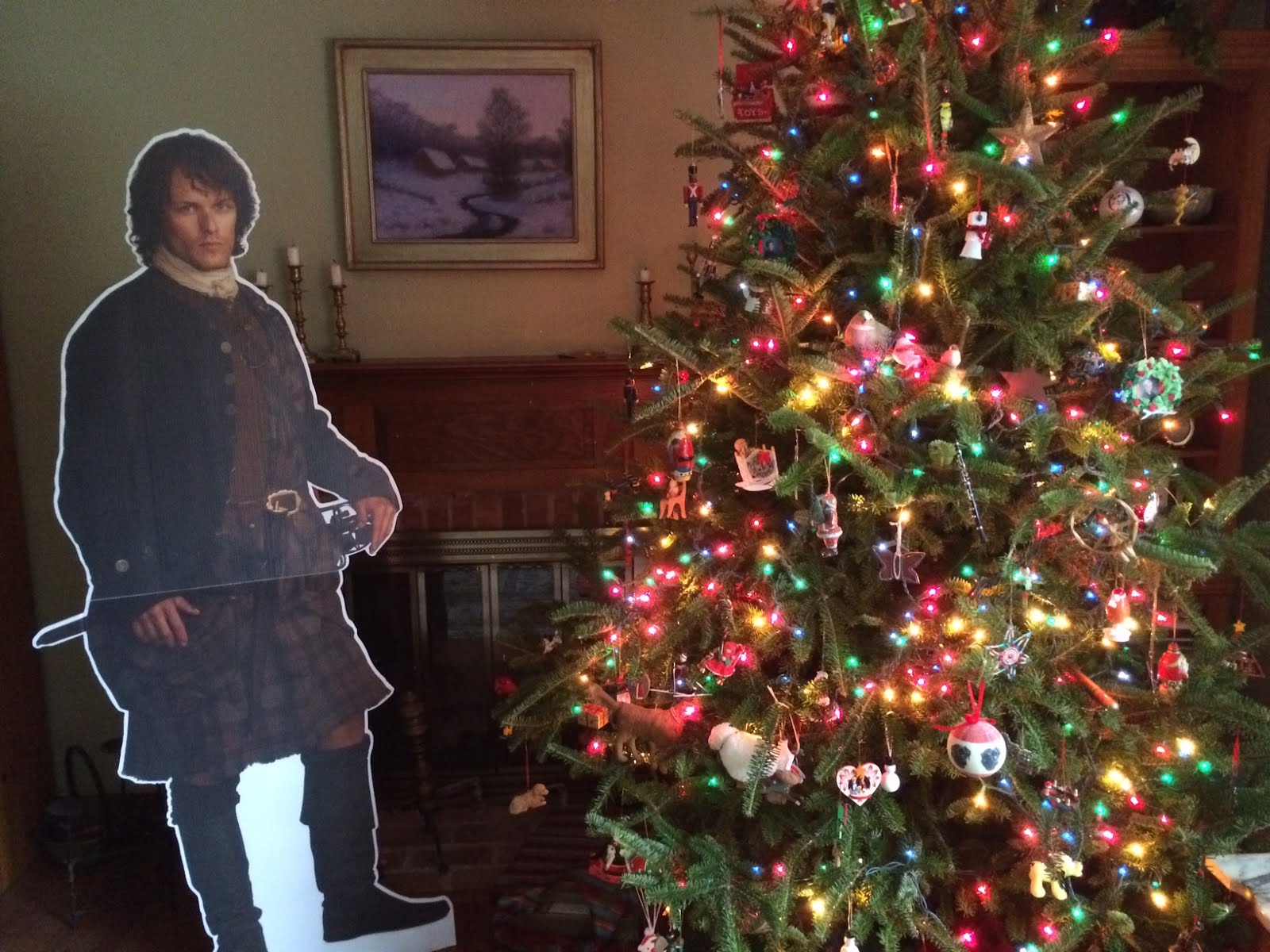