Email
Sweet raindrops amidst a drought, we’ve got a new Outlander cast member! Entertainment Weekly announced this morning that STARZ had given them exclusive notice of the first major role cast for Outlander Season 3 – the adult Lord John Grey. Australian Actor David Berry landed the coveted role of the British soldier who has a profound impact on Jamie Fraser’s post-Culloden life.

You might recall we met a teenage “William Grey” in Season 2, Episode 9 “Je Suis Prest” when he snuck into the Jacobite camp and surprised Jamie. While anxious book enthusiasts squealed with delight at our first onscreen meeting of this pivotal character, that scene provided a bit of foreshadowing for non-book readers, since a grown-up, adult Grey will re-appear in Jamie Fraser’s life in a most unexpected way in Season 3. If you’re anything like us, you saw the notice this morning and emitted giddy noises whilst simultaneously observing his boyish good lucks and charm, then said, “wait, who’s David Berry?”

Born in Canada but raised in Australia from the age of seven, David Berry started off his performing career as a singer and violinist, attending school on a music scholarship. According to IMDB, after high school he attended the National Institute of Dramatic Art (NIDA), where he graduated in 2010. He got his start on TV with bit roles in Miss Fisher’s Murder Mysteries and Home and Away. 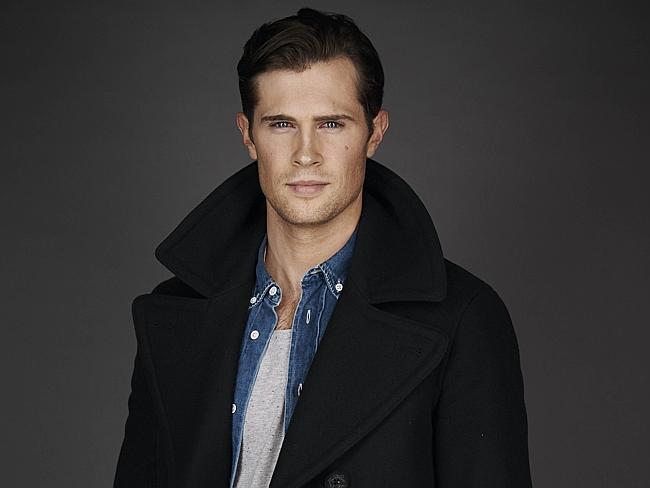 Berry is best known, however, for his breakthrough role as James Bligh in the Australian PBS Television show, A Place to Call Home – a role that scored him a 2016 TV Guide Logie Awards (Australia’s TV awards) nomination for Most Outstanding Supporting Actor. 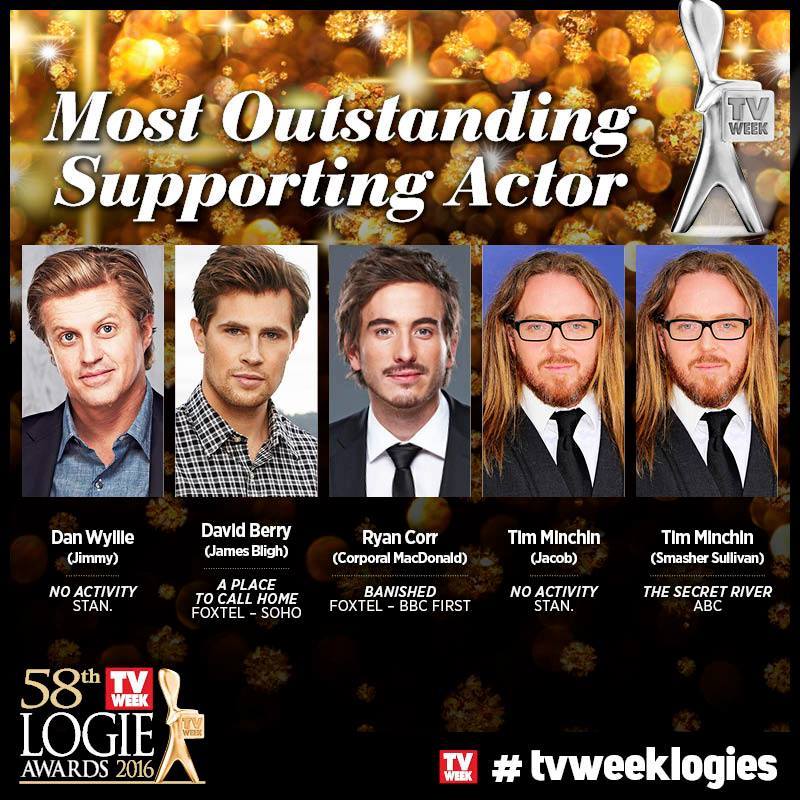 As James Bligh, Berry portrays – as one Australian news article so aptly put it – what many gay men endured in 1950s Australia. James Bligh seems to have it all: He’s good looking, well educated, wealthy, and newly married to London socialite Olivia (played by actress Arianwen Parkes-Lockwood). But his smiling demeanor hides a painful secret: He’s gay. His gut-wrenching journey—as he battles depression, tries to hide his sexuality, and later experiments with gay conversion therapy—is a powerful portrait of homosexual life in a closeted, class-conscious society, and one offered up with rare success. Thank you to Entertainment Weekly not just for that blurb, but for locking up my next binge watch. *races to figure out how to stream Australian TV* 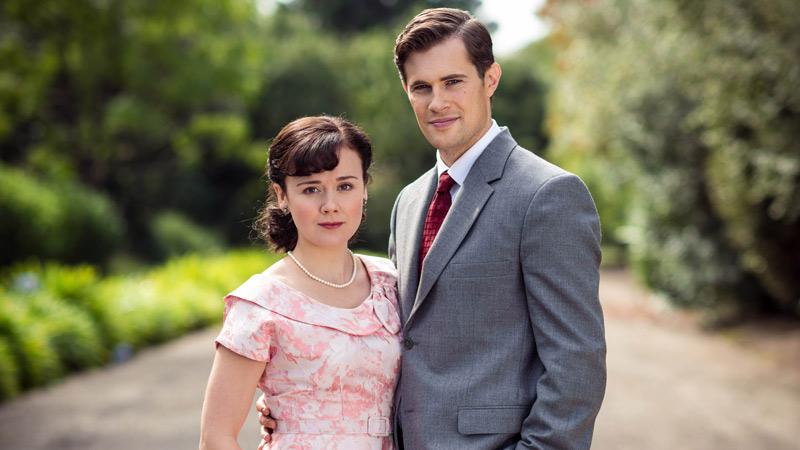 So, in summary – he’s a wealthy and influential heir who’s a born leader (Berry’s own summary of his character) who lives in an age where open homosexuality is a struggle. Wow. If he’s not the best suited actor with the experience to handle the meaty context of Lord John Grey’s character, then we challenge you to tell us who is.  Wait, no we don’t… because as Diana Gabaldon said best, “… the casting people haven’t put a foot wrong yet.” #InRonAndTeamWeTrust

And speaking of Mama Bear Gabaldon, after EW messed up Lord John Grey’s name in the announcement, she issued this timely PSA to fans about how we shall therefore henceforth thereto refer to said character:

the man’s proper title/name is Lord John Grey, or Lord John. He is not “Sir John”, he is not “Lord Grey,” I’m not just making up names, you know; there are actual _rules_ to the forms of address used for the British aristocracy, and the second son of a duke goes by “Lord (honorific title only) First Name,” or “Lord First Name Last name.” It’s not that hard, believe me…)

And there you have it.

Anxious to see him on screen? We are too!  In the meantime, we can check out his acting chops thanks to this A Place to Call Home fanvid.
As any good Outlander fan does, we imagine you’ll want to go ahead and start social stalking him, which you can do on Facebook and Instagram.  Our guess is that it’s only a matter of days seconds until we see his debut on Outlander’s favorite social media engine, Twitter.

One final (but important) note to adoring fans – David Berry, while dreamy, is married. Solidly married since 2012 to his wife, Kristina, and they make quite the glamorous pair on a red carpet if I do say so myself. 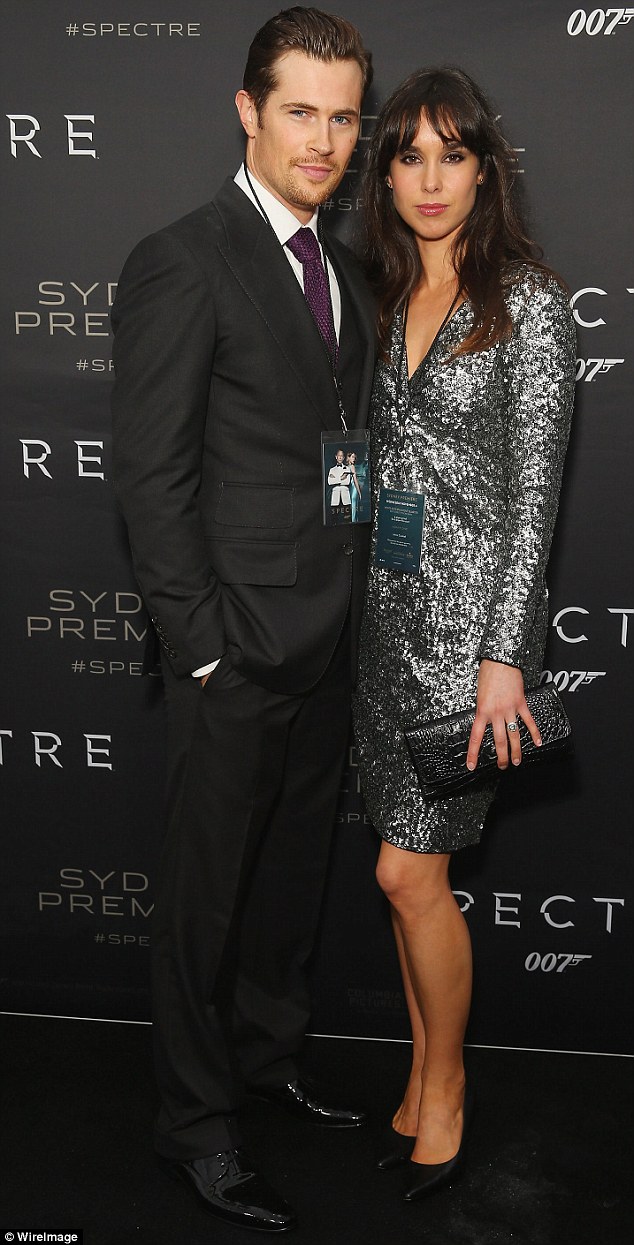 How will David Berry mix in with our beloved Outlander cast? Only time will tell… and wouldn’t we love to have a better handle on that timing (hint hint, STARZ)!