Actress Lauren Lyle has stolen our hearts in Outlander Season 3 with her portrayal of Marsali. Here is our thank you for her memorable performance week after week.

As everyone from Ron D. Moore to Maril Davis to Caitriona Balfe and Sam Heughan have said repeatedly since Outlander began: the show owes a great deal to the people who work tirelessly behind the scenes to make it all work. We decided it was time to recognize those people who may or may not get a mention on the credits as they scroll by. The first in our series showcased Arron Cuthbertson  for his outstanding job with the extras in “The Battle Joined,” and Annie McEwan and the amazing make-up team for helping to create “Cave Jamie” in “Surrender.”  In addition, Toni Graphia and Matthew B. Roberts, got a shout out for their unique decision to end “Of Lost Things” with a montage set to a re-worked iconic Bob Dylan song.  Most recently, we thanked Matt Roberts for his incredible treatment of the script for the Print Shop episode, “A. Malcolm.”  Then we gave kudos to the woman behind all of the incredible casting for the Outlander STARZ series, Casting Director Suzanne Smith. But, today we want to give our MVP award to Ms. Lauren Lyle, who has brought Jamie’s step-daughter to captivating life with her memorable eye rolls and sassiness.

First off, hearty welcome to the Outlander Family! We have seen you in four episodes of Outlander Season 3 now and you keep getting better and better. When you were cast, it was striking how eerily similar you look to your on-screen mother, a.k.a. “the one who shall not be named.”

No doubt you knew at casting how despised your character’s mother was per her constant meddling in the Love Story of the Century. And, I am sure you knew of the critical part you would play in further busting up Jamie and Claire’s much anticipated happily-ever-after reunion. Book readers sure did, and were both anxiously awaiting and dreading that famous line, “Daddy!  Who is that woman?” which you shared with your equally charming co-star, Layla Burns. 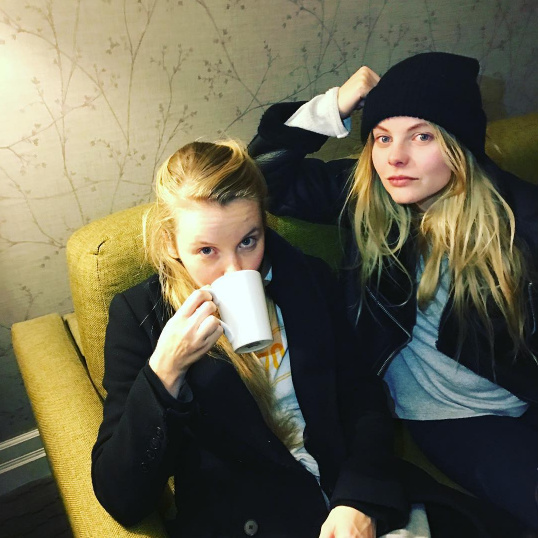 From the moment you innocently offered our still-grieving hero a juicy fig and cajoled him to join in the Hogmanay festivities in Episode 3.08, “First Wife,” I was charmed. However, it was really in Episode 3.09, “The Doldrums,” where I felt myself drawn to the young Marsali. She had the temerity to stand up to her father-figure (and the much, much taller) Jamie Fraser and defiantly tell anyone within earshot that she was, indeed, not leaving that ship. Your eye rolls and in-your-face brashness showed off some superior acting chops right from the get-go. It was so impressive how your character outwitted and out-played the older Fraser and, essentially, blackmailed him to let you remain on board the Artemis. The lines were delivered convincingly, and I could see traces of our dear Claire—stubborn and not easily dissuaded! Your physicality in how you delivered those lines made the audience take notice. It actually reminded me a lot of a scene from Episode 1.09, “The Reckoning,” when Claire literally got in Jamie’s face when trying to make her point.

But, I am sure it is not easy for a young actress to step into a successful and critically acclaimed series with such a large and vocal fan base. And, to act alongside such tremendous talent as Sam Heughan and Caitriona Balfe must have been a bit intimidating. But, I would have never known based on your confident and self-assured performance. It was clear from the beginning that you knew this character and how to bring her to life. Book readers understand that Marsali will play an important role in the series going forward. They also know that the Fergus and Marsali relationship is an important one. They are the New Generation, so to speak, and another love story that must withstand the test of time and troubles to come. I could feel the friction between your character and that of Claire, but also see the similarities and begin to realize how alike Marsali and Claire are in many ways. That tension bubbling beneath the surface of young Marsali helped viewers begin to truly invest in this character and want to see more of her.

As for you and César Domboy, I have to say I was left a bit wanting at the end of Episode 3.09, hoping for yet more #Fersali interactions. I could see the chemistry between Fergus and Marsali, but felt like we needed more. But in Episode 3.10, “Heaven and Earth,” you and César delivered. It was lovely to see not just your characters’ desire for each other, but the respect with which you spoke to each other. It provided not unexpected affirmation that Jamie’s long-time tutelage of his young ward had produced a most honorable gentleman. I enjoyed the intensity you brought to those intimate moments with César. I know another Outlander lady who is just as intense when it comes to getting what she wants from her man! 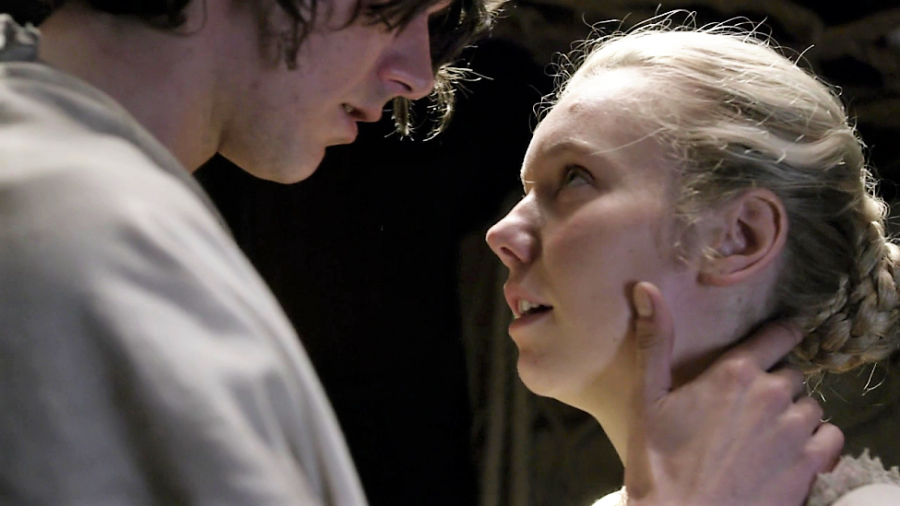 Finally, I want to say how much I enjoyed your scene with Caitriona Balfe in Episode 3.11, “Uncharted.” For much of the book series, Marsali is very unlikable. She holds deep resentment about the role Claire played in the demise of her family. This was compounded by loyalty to her mother, as unsavory a character as she was. But, I think the writers and you chose wisely to redeem Marsali early on in the TV series. I think this was a good choice. At the end of the day, Claire and Marsali are much alike. They speak their mind such as we saw in your wedding scene and in previous episodes. They love hard and fiercely, and they are pragmatic and forward-thinking when it comes to bucking traditional notions of how a woman should act and speak.

But, it was that one scene with Claire—brilliantly acted—that really made me fully invest in Marsali. She may be angry and harboring resentment, but she is also smart and practical. I believed and understood her when she said she wanted to enjoy her relationship and intimate life with Fergus without fear of their first union resulting in a child. I could see Marsali’s vulnerability in her confession to Claire and felt sympathy for her as all she has known of men and women was her mother’s three marriages—none of which were particularly satisfying to either party. What you showed of Marsali was a self-awareness and desire to look beyond her resentment of Claire and seek the counsel of someone she might be starting to admire and respect. You sold it and it’s wonderful to see two such talented actors absolutely nail a scene like this.

The power of these two female characters makes me giddily look forward to so much more of what is to come with this story. For it is the characters and the tales they tell that are really what Outlander is all about. The plot can only follow along behind the characters and the strength or weakness of their performance. As an actor, I think you grasped this very quickly and it has shown. 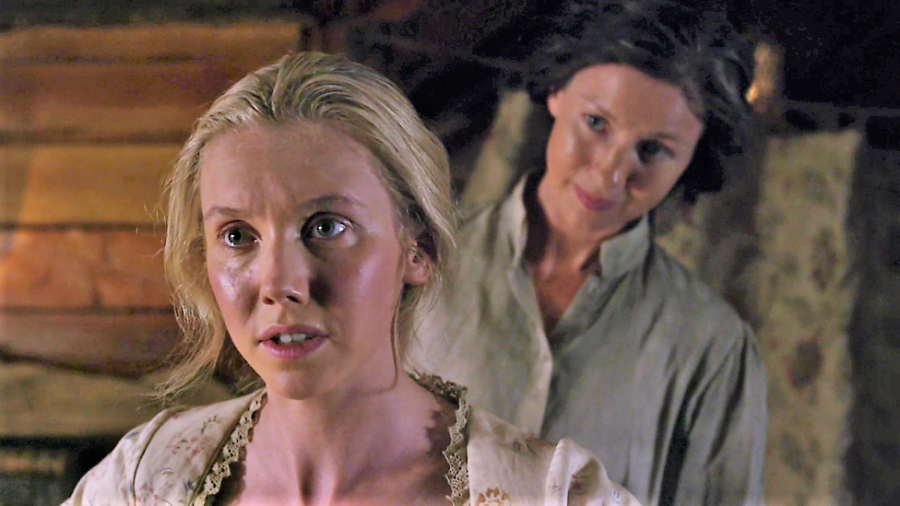 So, thank you, Lauren, for the breath of fresh air you have breathed into the second half of Outlander Season 3. We love our Jamie and Claire intensely, but we also love the many, many characters that Diana Gabaldon has created that populate this epic story from start to finish. Characters like Marsali stand out because they are so intrinsically connected to much of the story going forward. It was a tall order when looking to cast the right actor for this part. But, I think you have nailed it in every sense. I look forward to seeing you in many more episodes to come. Keep sassing, lassie—we will hang on every word!