How They Made It: Scottish Cream Buns with Fiona

Welcome back to our occasional series, “How They Made It,” where we explore the food and drink of Outlander. This month we’re hoping that Fiona can turn Roger’s head with Scottish Cream Buns. Slainté!

The way to a man’s heart is though his stomach, or so the saying goes. Alas, that didn’t work out for Fiona and her crush on Roger. In Voyager, Diana described her as being an excellent cook and baker, trained as she was by her grandmother, Mrs. Graham. Our beloved Roger didn’t see Fiona’s crush and, try as she might, Fiona just didn’t stand a chance when Bree entered Roger’s life. But she did try, fussing over him and baking special treats in hopes of being noticed. In Season 3’s “Of Lost Things,” we see Fiona bringing in a tea tray laden with what I’m sure were freshly baked scones. Another treat she might have learned from Mrs. Graham and baked for Roger would be Scottish Cream Buns, light and lightly sweetened buns filled with fresh whipped cream. Perfect for an afternoon snack or dessert when you’re trying to impress. 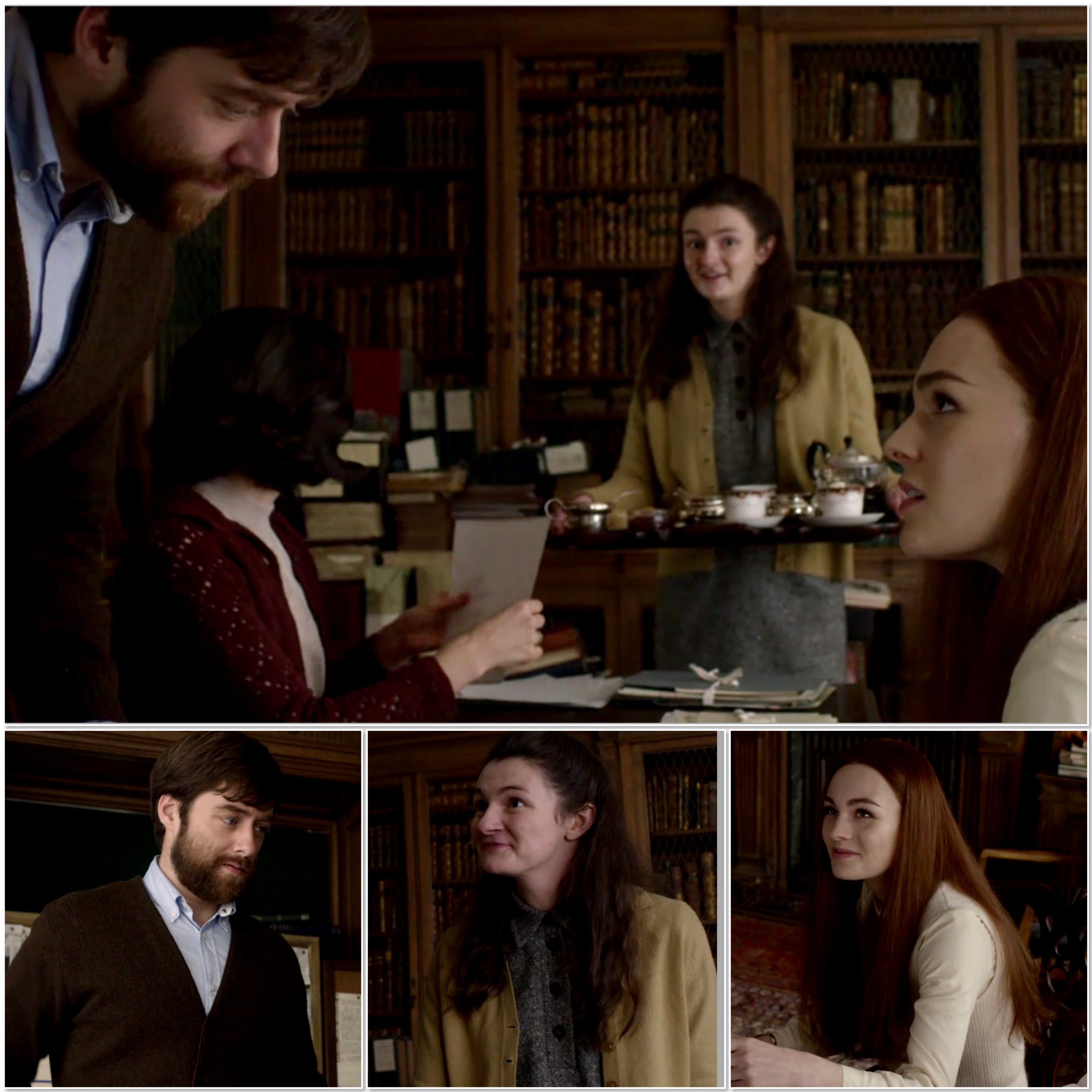 Even with that laden tea tray, who do you think Roger has eyes for? (photo credit: Outlander STARZ)

The internet failed me

I searched online, but couldn’t find an actual history for Scottish Cream Buns, so I don’t really know when they came about. There are versions of cream buns from all over the world. Basically, they’re a treat made from an enriched bread dough (i.e., yeasted dough with egg and butter added, like brioche). After being baked and cooled, the buns are split and filled with cream. I actually was looking for a recipe for Swedish Semlor (a similar bun, flavored with cardamom) for my son-in-law when I happened across this Scottish version, a lucky find, to be sure. In any case, I could envision Fiona making Scottish Cream Buns for Roger, placing them carefully on that laden tea tray…one look at the recipe and I knew I had to try them also. 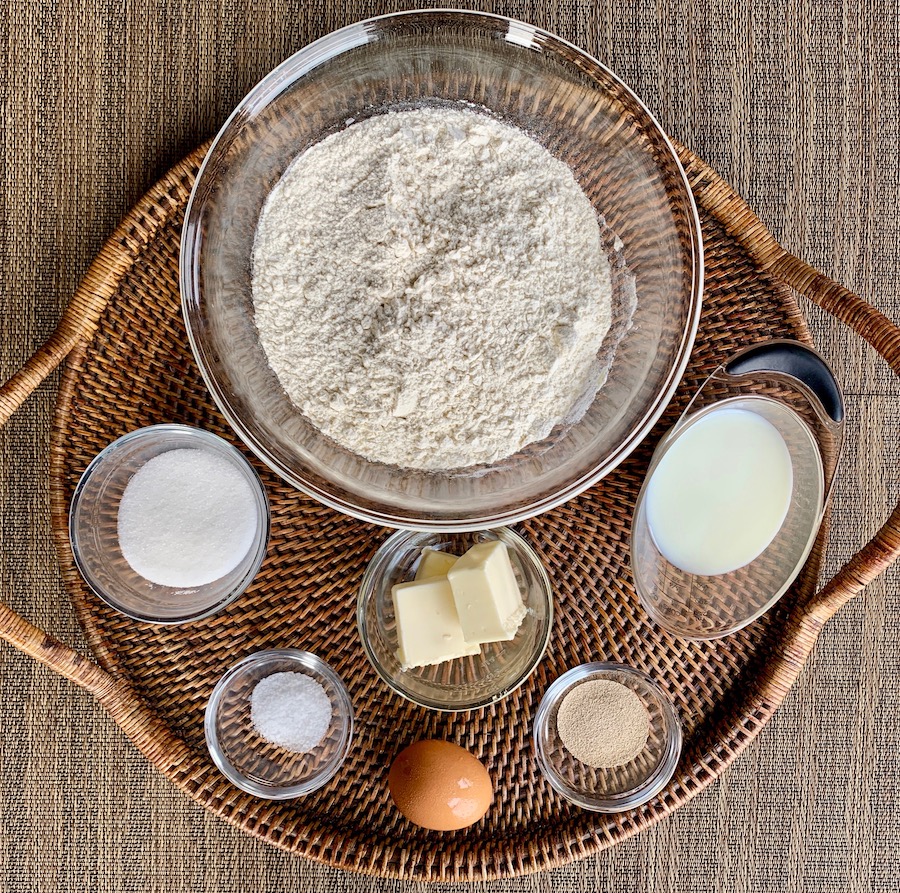 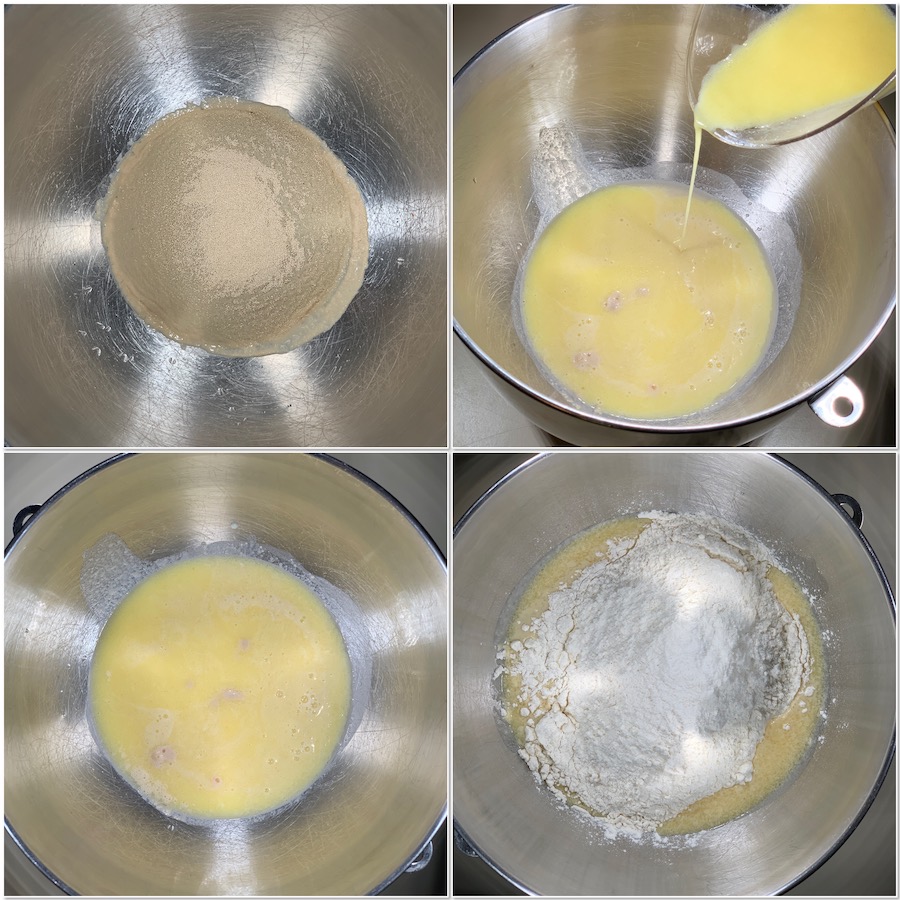 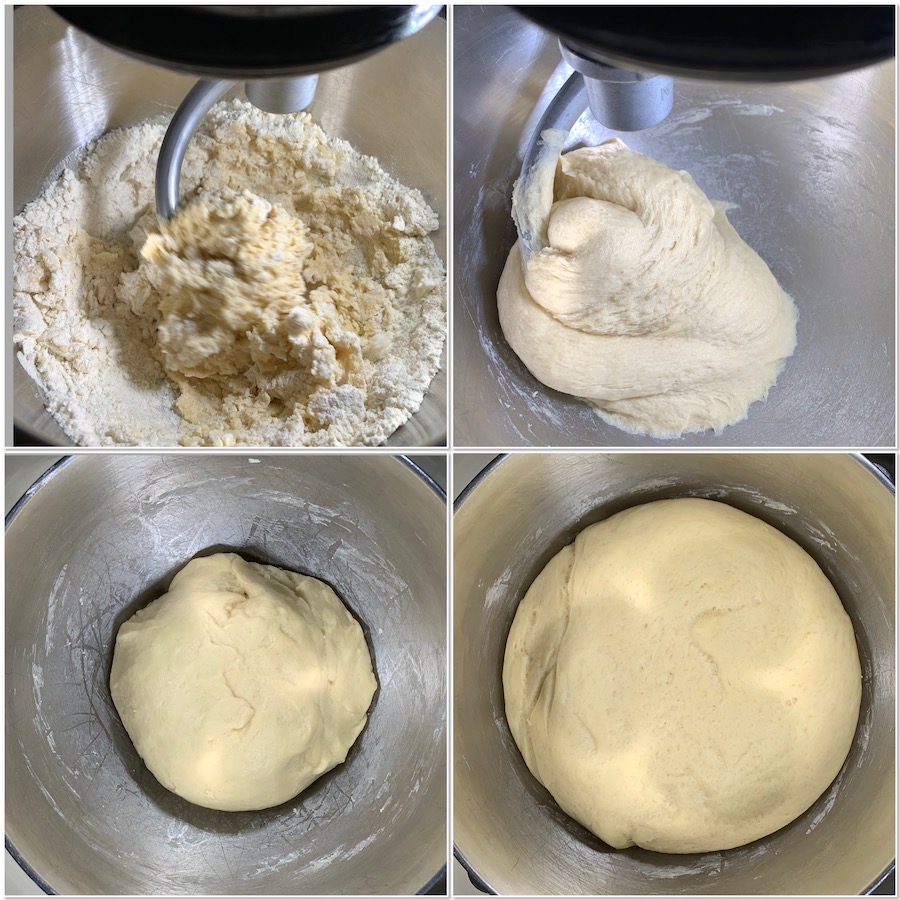 …and kneading the dough 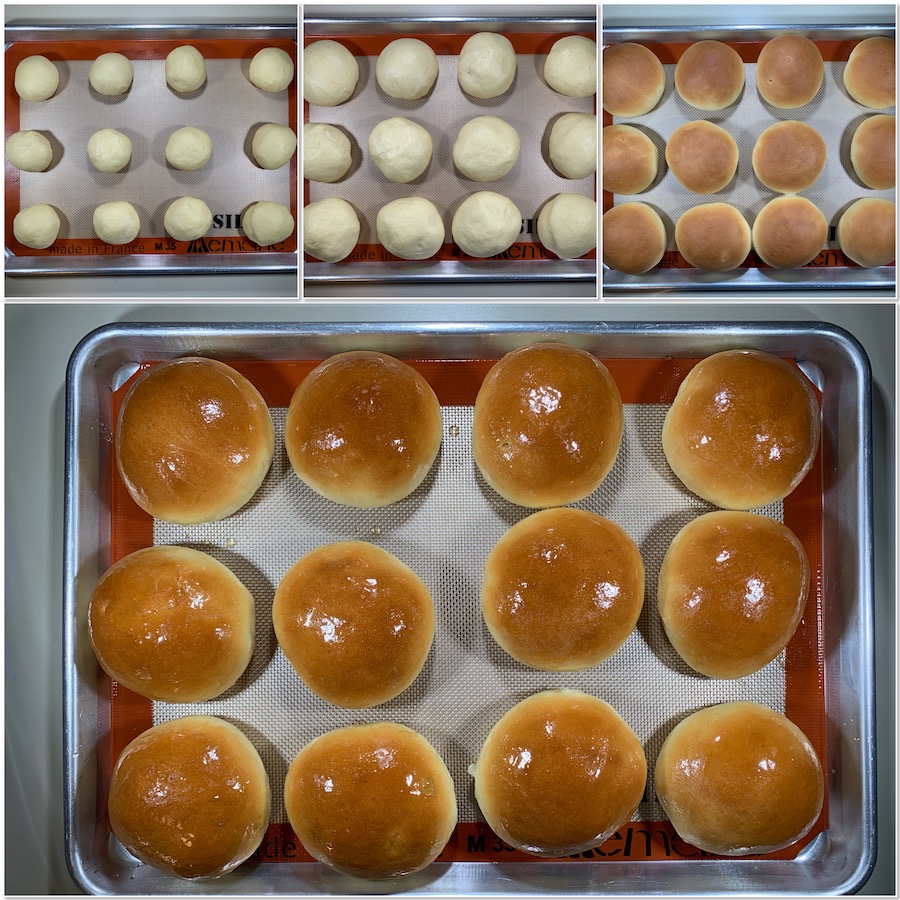 I wasn’t sure what to expect when I first bit into my freshly made and filled bun. It tasted like a cross between challah (a Jewish egg bread) and a glazed doughnut – lighter in texture than challah, heavier and less sugary than the doughnut. In other words, utterly delicious. Pair it with tea, or maybe a wee dram of a Highland scotch, like Glenmorangie, and you’ve really got yourself a treat. 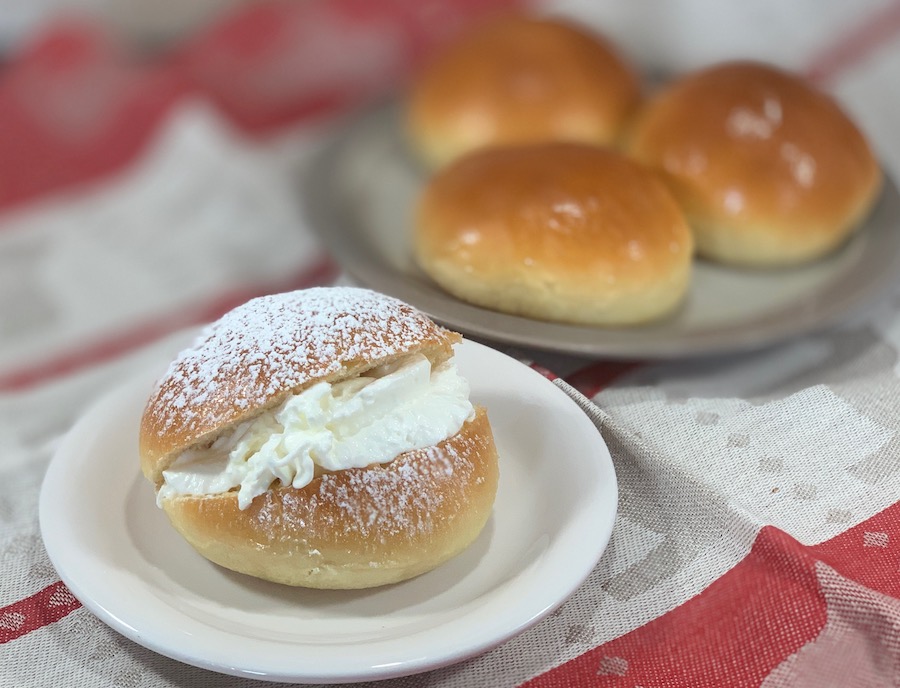 Scottish Cream Buns are really quite easy to make, and I heartily encourage you to do so… you’ll definitely impress people! And if you know some of the history behind them, please comment below. I’d love to know!

What’s your go-to treat when you want to impress? 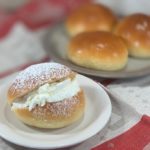 I used 1% milk, but you can use whatever you have on hand. Weigh the butter before melting it. Instead of a stand mixture, you can make the dough using a bread machine set to the “dough” cycle, or just combine the dough in a large bowl, then knead by hand on a lightly floured surface. The original recipe didn’t say how large the buns were...the yield said 18, but only 12 were pictured. I decided to make mine larger, so I separated the dough into 12 (~75g) balls. For smaller buns, you can divide the dough into 18 (~50g) balls. The buns freeze well in an airtight plastic bag…defrost them on the counter for a bit (maybe an hour, or in the microwave for about a minute if you’re in a hurry). You can re-glaze them if you'd like, then split, fill, and serve. Did you make this recipe? Please share your pictures with the world on your social media…tag @outlandercast (on Instagram and Twitter) and use the hashtag #howtheymadeitoutlander. I can’t wait to see your creations! You'll be making more simple syrup than you need. It can be refrigerated and used to sweeten tea, cocktails, or to glaze more Scottish Cream Buns! 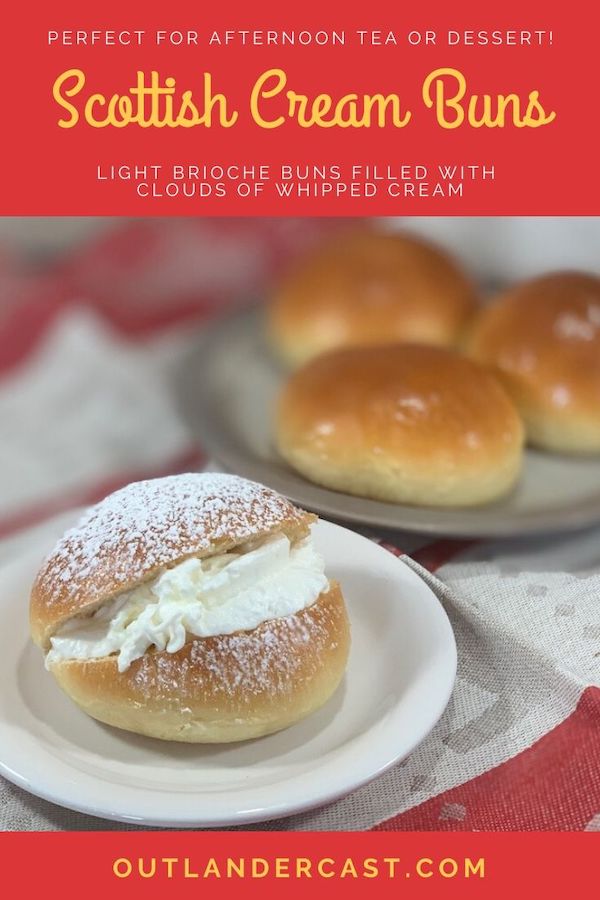