How They Made It: British Flapjacks for Afternoon Tea

Welcome back to our occasional series, “How They Made It,” where we explore the food and drink of Outlander. This month we’re having British Flapjacks (oat bars made with golden syrup) for afternoon tea. Slainté!

Across the pond, it means something else…

To an American ear, flapjacks are pancakes. These aren’t those. In the UK, flapjacks are oat bars made with golden syrup and are served as a snack. I imagined Roger sitting in his office at Oxford, having a flapjack with his afternoon tea while researching the history of the Frasers before calling Bree to tell her of the news of her parents. Or maybe Frank longed for them in Boston and had Claire bake up a batch (before she went to medical school, to be sure). Whatever the Outlander context, flapjacks are a true British treat. 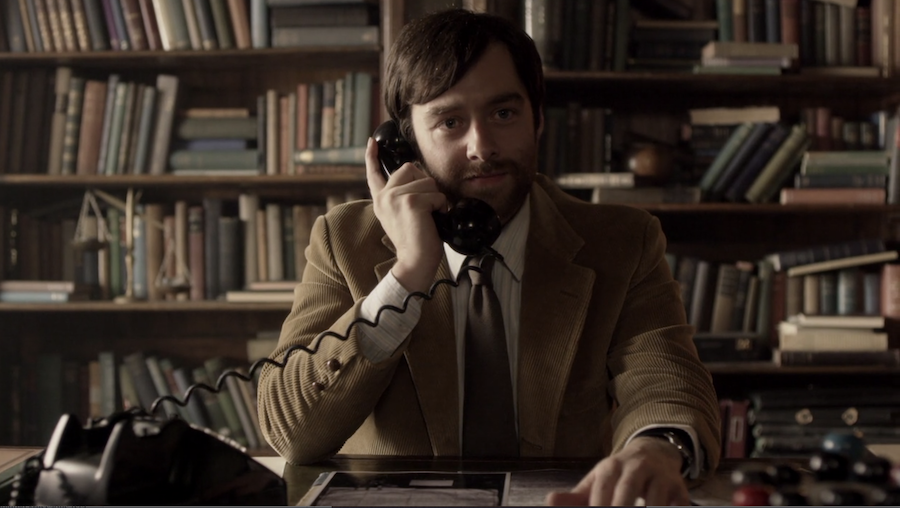 Roger in his office at Oxford, telling Bree about her parents. I’m sure just outside the frame is a tea tray with British Flapjacks on it! (photo credit: Outlander STARZ)

You might be wondering why I decided to make something I’d never heard before. Okay, you might not be wondering that because I do that all the time in these “How They Made It” posts (just bear with me). I had a can of Lyle’s Golden Syrup in my cupboard that I bought at the New Hampshire Highland Games and Festival last year. I wanted to make Sticky Toffee Pudding, and this was a key ingredient that’s hard to find here in New England (in Old England, not so much). Well, that can had been sitting in my pantry for a while, so I went in search of recipes that used golden syrup, and that’s when I stumbled across British Flapjacks. Hmmm… these looked interesting…

So what exactly are they?

To my American palate, British flapjacks are kind of a cross between a granola bar and a Rice Krispy treat. And just like with granola bars, which and how much of each ingredient is used varies widely. For example, Lyle’s Golden Syrup’s Last-Word-In-Flapjacks are made with just porridge oats, butter, and golden syrup, while Erren’s Kitchen’s Classic British Flapjacks include brown sugar and vanilla in the mix. In the end I settled upon Smitten Kitchen’s recipe for flapjacks (yep, an American, but she’s a really trustworthy food blogger!).

Side note: If it’s granola you’re after, I have a delicious and versatile recipe for granola bark, also from Smitten Kitchen. This stuff is addicting though, so be warned.

More of an aside, really

Second side note: Did you notice the term porridge oats above? Just like when I found out in my bannocks battle, rolled oats in the UK vs. the US have different levels of coarseness. American old-fashioned oats are whole, while British oats are smaller and more akin to US quick-cooking oats. If you have old-fashioned oats in your cupboard, just pulse them in a food processor to cut them a little smaller. That will keep the flapjack texture just right.

Last side note (sheesh!): The term “flapjack” has been around since the 16th century, referring to a flat tart. I couldn’t find when they started containing golden syrup and transitioned to its current form, but Lyle’s didn’t start production until 1881. I didn’t want to assume that Jenny or Mrs. Fitz made this type of flapjack, so just to be safe I set them in the 20th century. If some kind soul knows the exact chronology, please enlighten us in the comments below. Thanks! 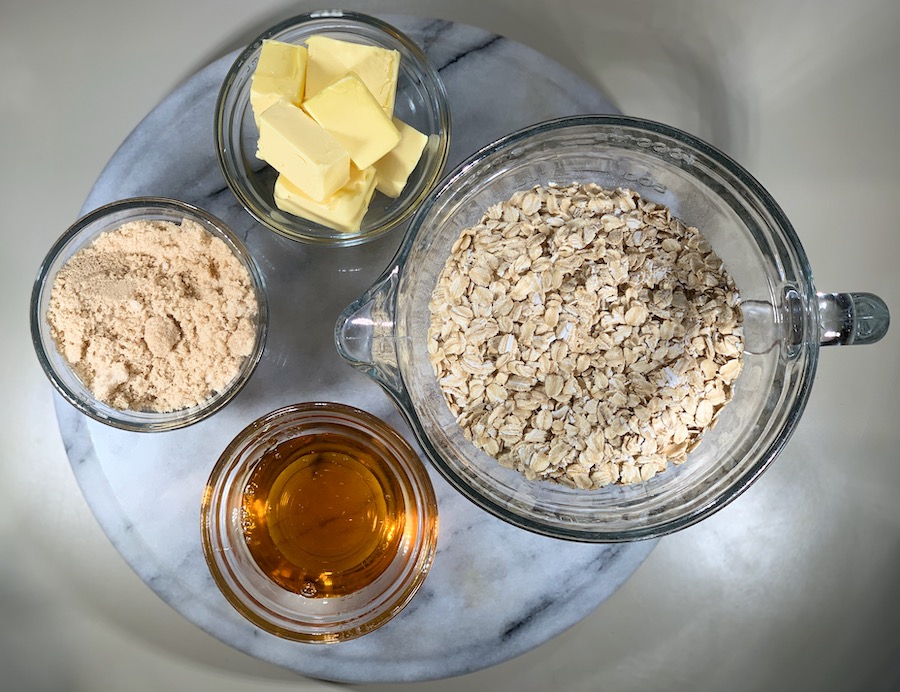 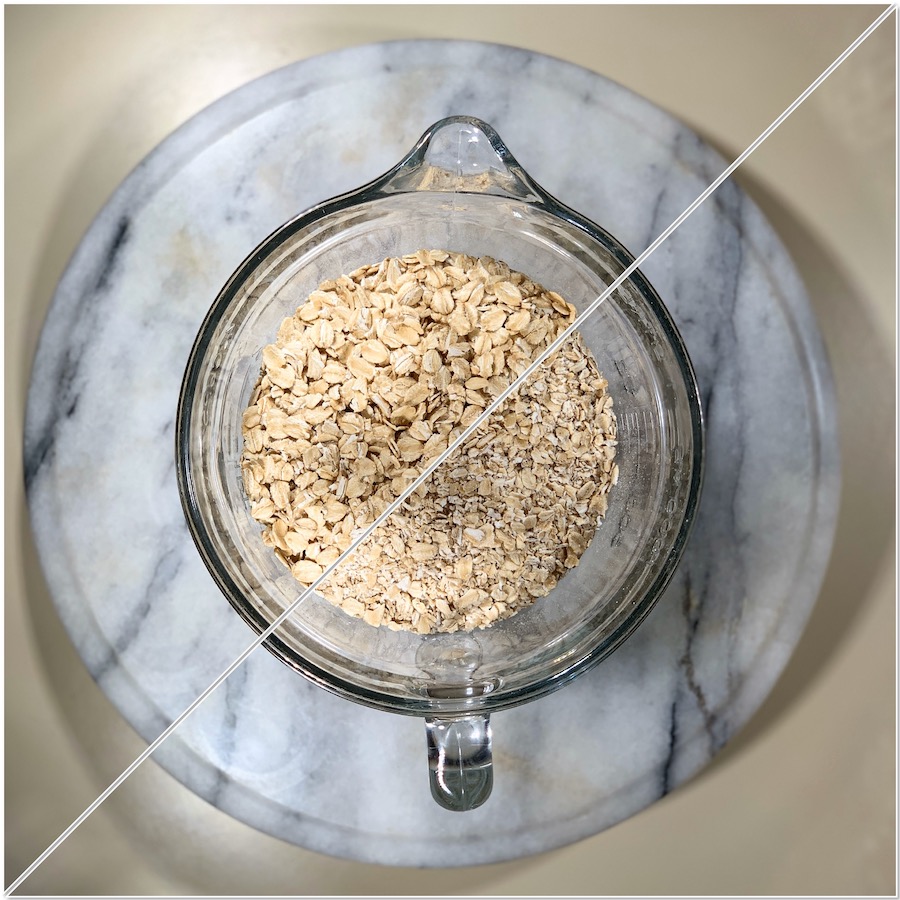 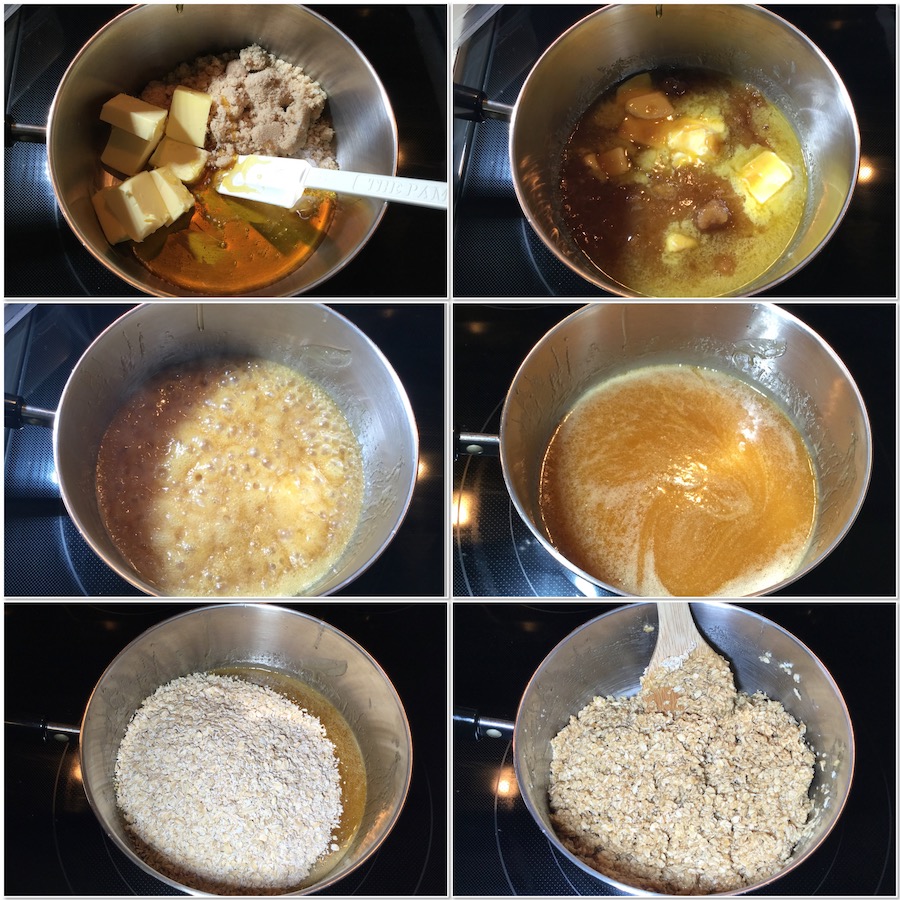 Steps to making the batter 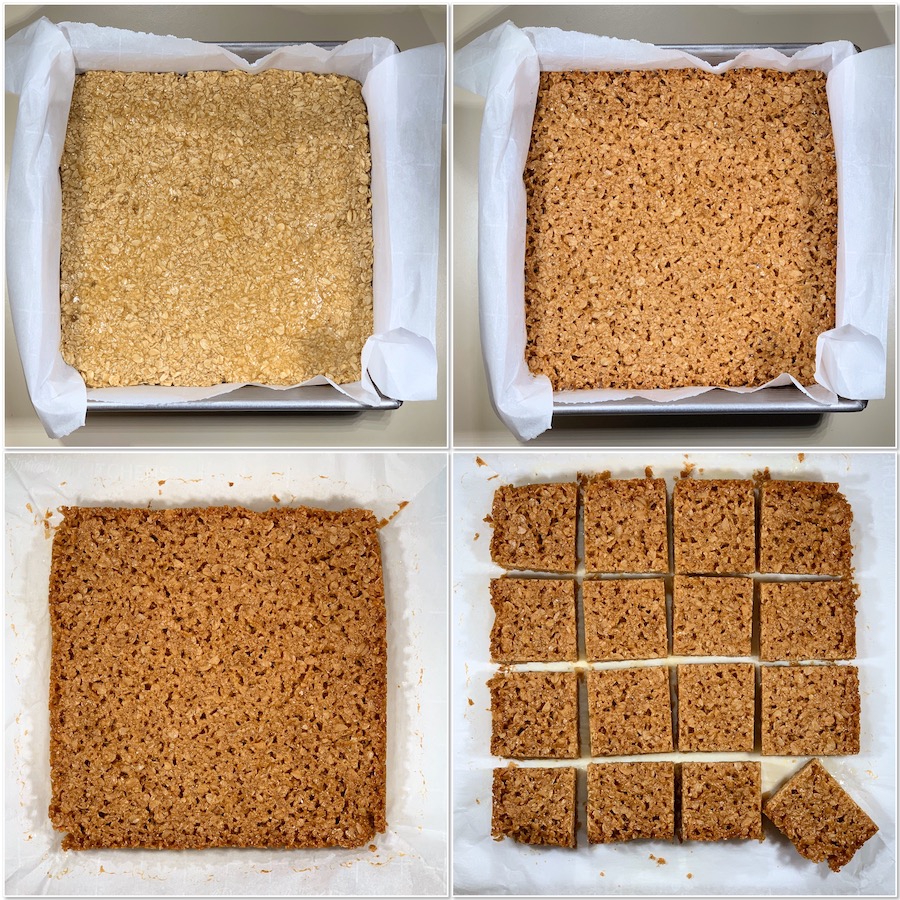 Before & after baking. Check out the parchment origami (top left)…it helps later when you’re removing the baking bar from the pan (lower left)

Time to get creative

Because I wanted to make sure they were done, I left my flapjacks in the oven a little too long. While they were deeply flavored, they weren’t as soft and sticky as I thought they’d be. Also, I decided that for this first time I’d keep them plain, but next time I think some dried cranberries, dried blueberries, and chocolate chunks will be in order (hello…a snack for Thanksgiving afternoon, perhaps?). Even though I used the golden syrup called for in the recipe, I’d love to try to make my next batch with pure maple syrup…that would put a decidedly New England spin on things! 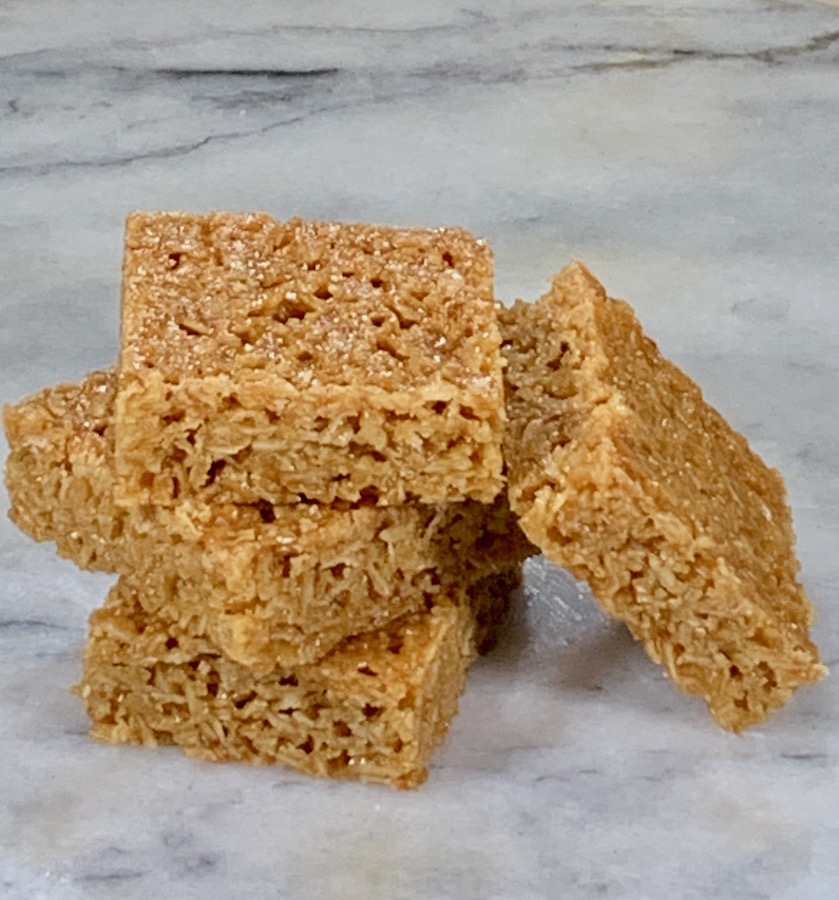 In any case, British Flapjacks are certainly a treat I’ll be making again. You’ll probably find me munching on one while I re-watch the series as I wait for Droughtlander to be over. Gotta get in the spirit of things!

Do you have a favorite flapjack recipe? What do you like to mix in? 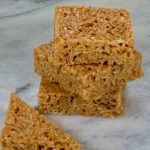 If you can’t find golden syrup, try using honey or maple syrup. Just make sure it’s pure (not adulterated or pancake syrup) because you’ll really taste the flavor. Rolled oats in the UK vs. the US have different levels of coarseness. American old-fashioned oats are whole, while British oats are smaller and more akin to US quick-cooking oats. If you have old-fashioned oats in your cupboard, just pulse them in a food processor to cut them a little smaller. That will keep the flapjack texture just right. I made my flapjacks plain, but you can add any sort of mix-ins you’d like just by replacing 1/4 of the oats and baking them for the shorter amount of time. Some suggestions might be chopped nuts, dried fruit, chocolate chunks, candied ginger, or flaked coconut. And you can add any complementary spices as well. Use your imagination and go for it! Did you make this recipe? Please share your pictures with the world on your social media…tag @outlandercast (on Instagram and Twitter) and use the hashtag #howtheymadeitoutlander. I can’t wait to see your creations!