How They Made It: Sourdough Spice Cake on Fraser’s Ridge

As we transition from Scotland to America in Outlander Season 4, it seems appropriate to create a recipe that could be found on Fraser’s Ridge. In this “How They Made It,” we take a look at Sourdough Spice Cake. Slainté!

Autumn is a season of transitions

The heat of summer cools to the eventual cold of winter. Here in New England the trees put on a show of color the likes of which I still marvel at, California girl that I am. Kids go back to school, or some head there for the first time. And pumpkin spice lattes start popping up at your local coffee shops.

For Outlander Season 4, we’re transitioning from Scotland to America, and trading Lallybroch for Fraser’s Ridge as the new home for Jamie and Claire. I won’t give away any spoilers on characters we haven’t met on the show yet, except to say that there is a new chef from whom I can draw inspiration.

One treat I know she’d make is Sourdough Spice Cake, a misleadingly-named sweet tea bread (or quick bread). It’s flavored with the same baking spices that are featured in pumpkin pie (or your pumpkin spice latte). 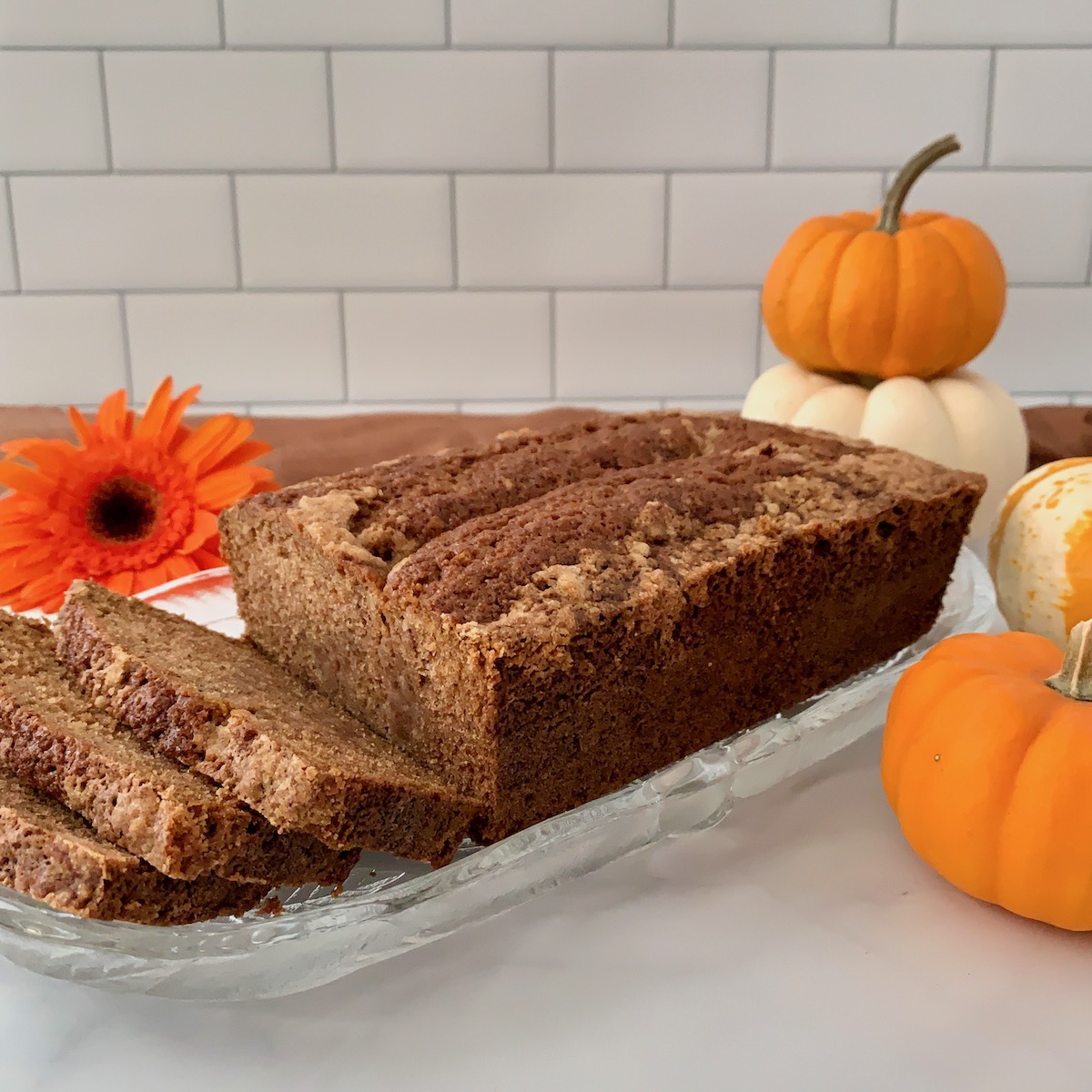 What came before baking soda?

One question that I had regarding baking in the 18th century was about leavening.

Here in modern times, many baked goods are leavened with baking soda or baking powder (called chemical leavening agents in culinary circles). Commercial baking soda didn’t appear until the mid-19thcentury, though, so what would our yet-to-be-named chef on Fraser’s Ridge have used to leaven her cakes and cookies?

According to Publicism’s Baking Cakes in Early America, pound cakes, molasses cakes, gingerbreads and the like were probably first leavened “with yeast cultures brought with the settlers from Europe or made from the foamy barm skimmed from fermented beverages like beer,” and…”…it was not until the wood ash leavening called potash was produced by burning cleared trees … that American gingerbread benefited from this leavening and became soft and more cake-like in texture. Potash, or pearlash as it was known, was an alkali and a forerunner of baking soda. When combined in a gingerbread batter with sour milk or molasses, which were both acidic, it produced carbon dioxide bubbles that helped raise the cake in the oven.”

Remember my post about sourdough bread? In that case, the dough was leavened with the wild yeast that was cultivated and nurtured in the sourdough starter. Cooks would take a small portion of the mixture to create the fresh bread dough, then “feed” the remaining starter with flour and water so that they’d have it ready for the next day.

As noted above, a cook could also use the starter to make cakes — the sweetener and other flavorings in the batter masked the tang of the sourdough starter itself. When potash was added along with the starter, our more familiar lighter cakes and tea breads started to appear in Colonial kitchens.

The things you learn on the Interweb! 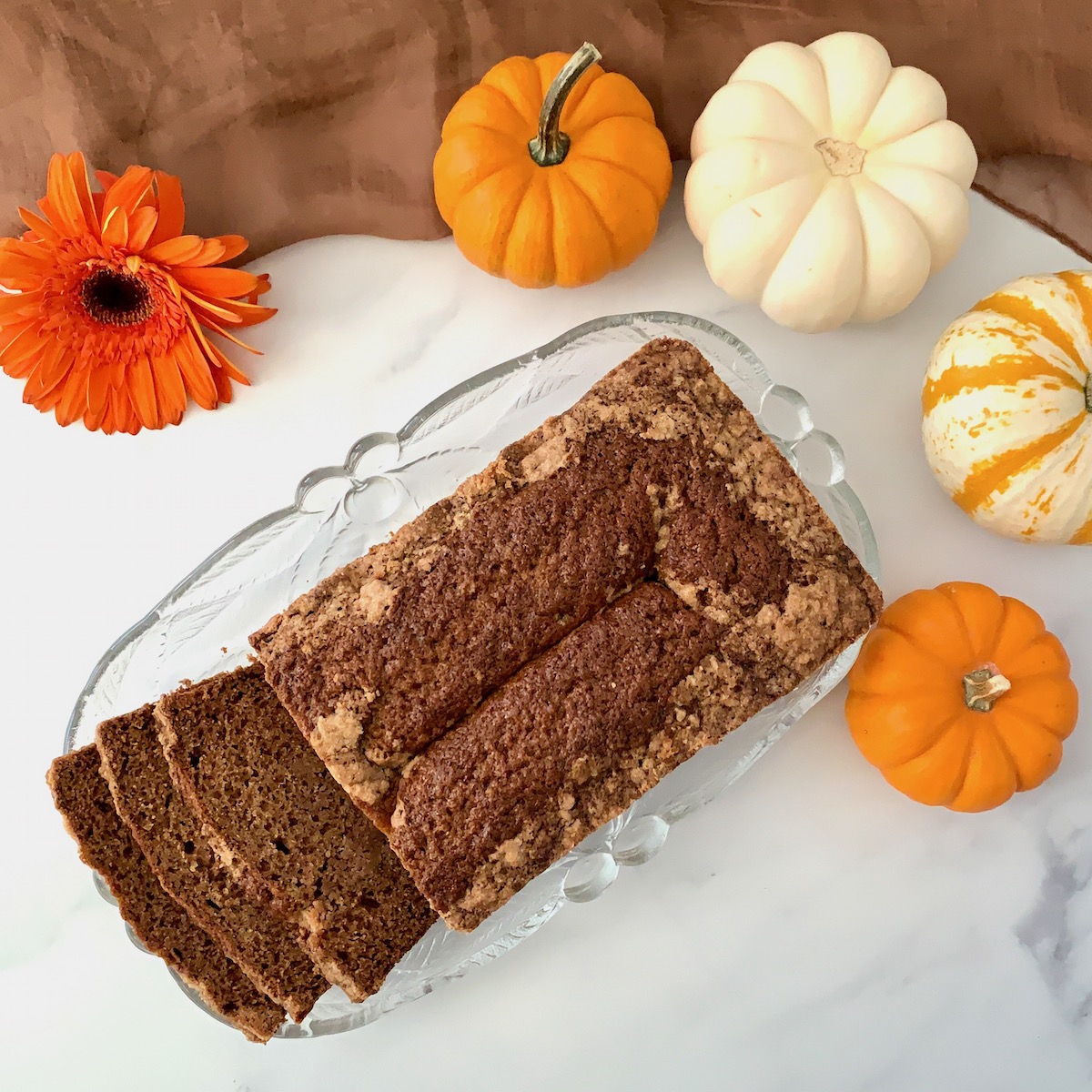 If, like me, you don’t make sourdough bread everyday, you still have to feed your starter to keep it active. I’m always looking for ways to use the unfed starter (called the discard) that’s removed before feeding the remaining mixture.

Don’t worry that this Sourdough Spice Cake recipe has sourdough starter discard in it. Honestly, you won’t taste it. This sweet bread is loaded with all the spicy fall flavors, and is moist and soft.

And another thing, sugar would have been a luxury in the Colonies, so our unnamed chef might have used it sparingly or not at all. Instead, she’d be sweetening her cakes with honey or molasses. The recipe below calls that to mind by using brown sugar.

Maybe not as authentic, but darn close and darn good! 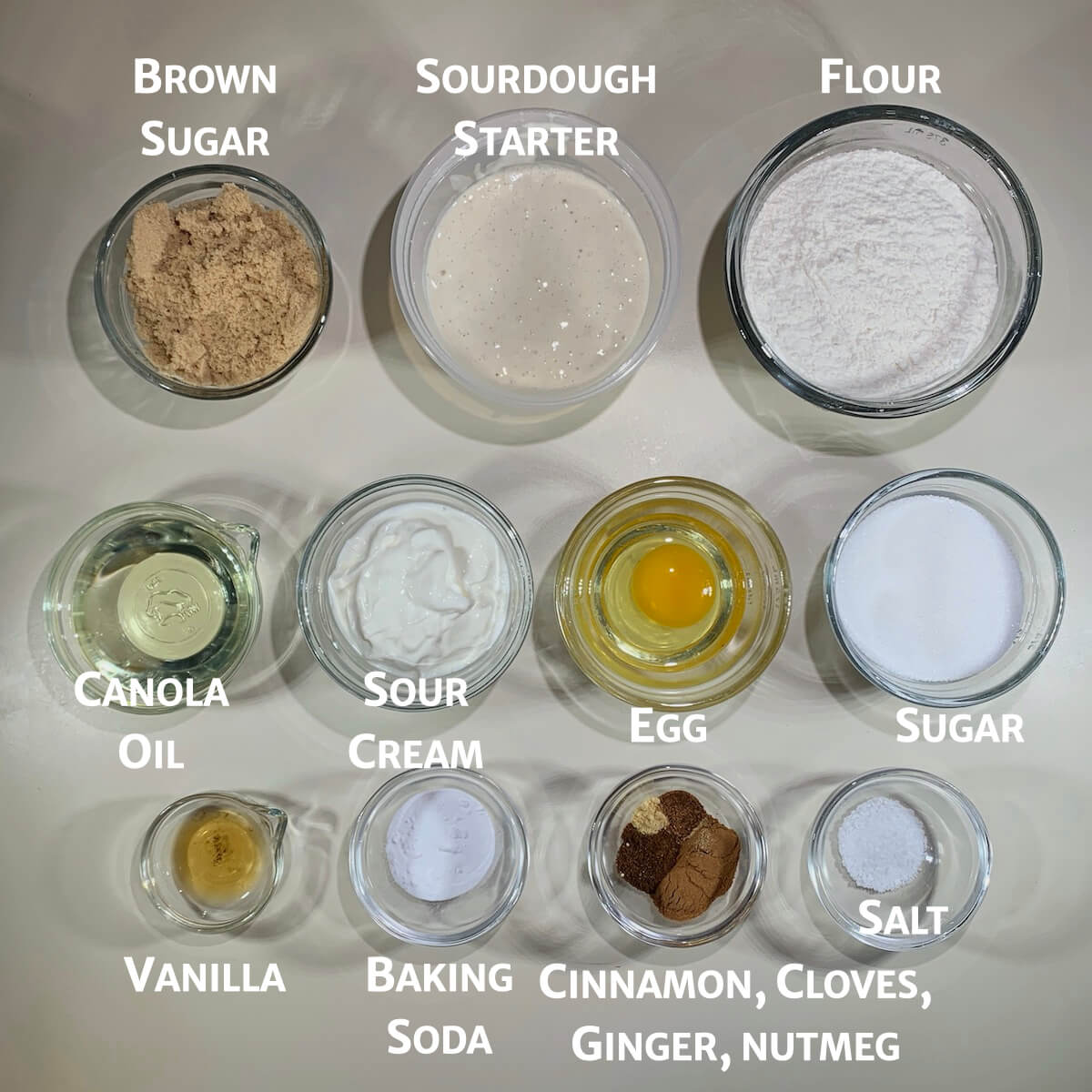 I upped the goodness for my Sourdough Spice Cake by adding a streusel topping, which adds a buttery crunch to the top of the cake. It’s not unlike the topping found on our Apple Crisp recipe (aka Apple Crumble), minus the oats. 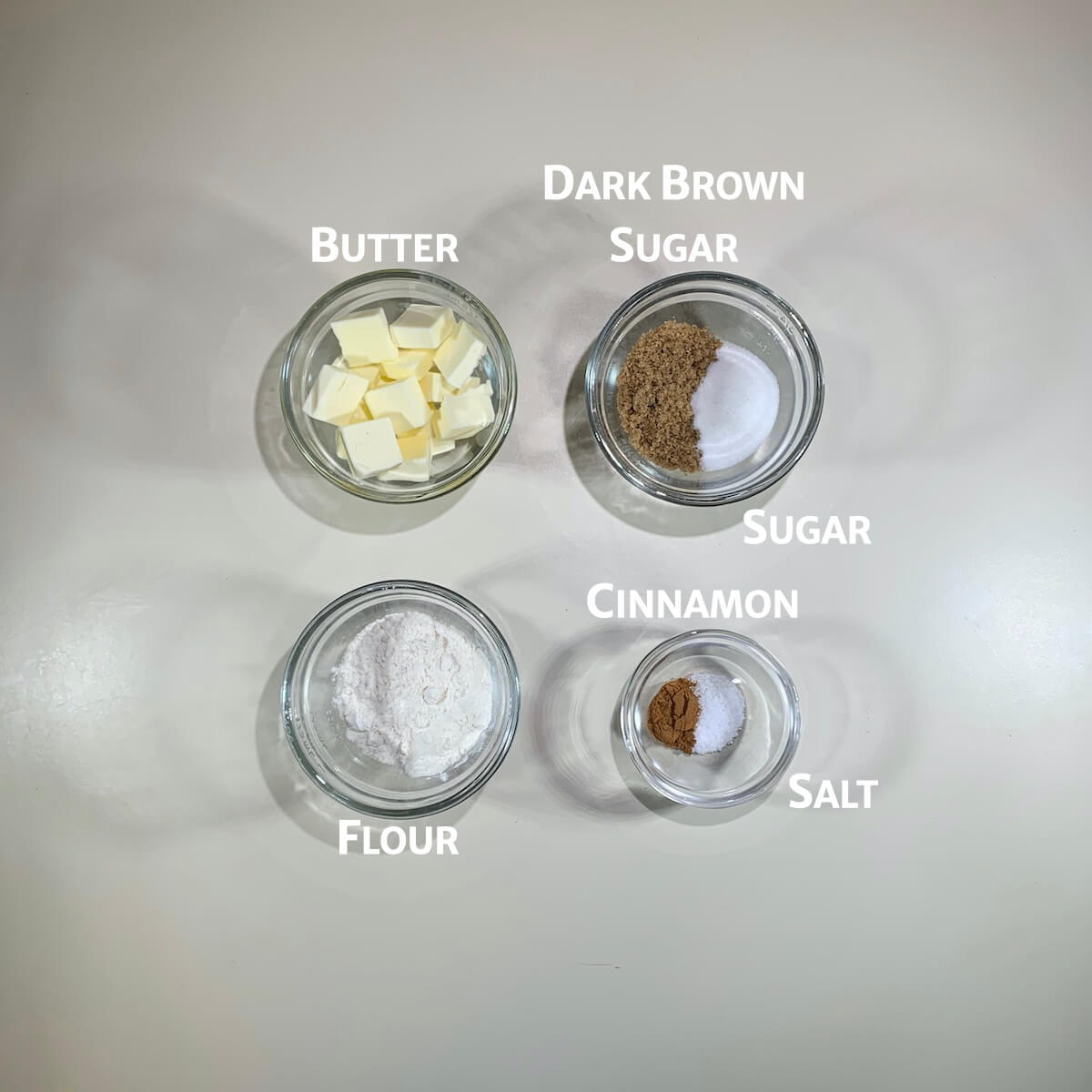 Streusel topping has but a few elemental ingredients. 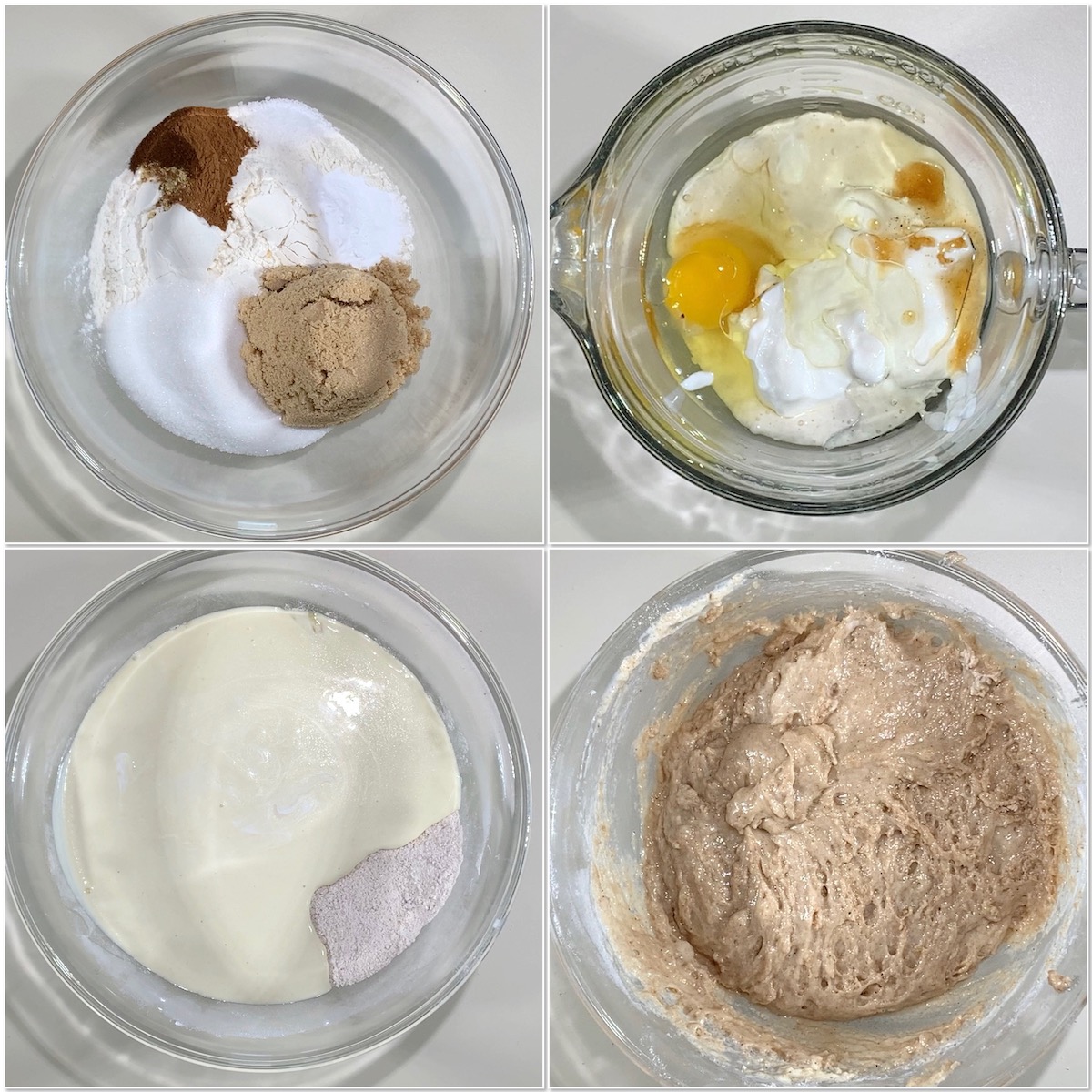 Mixing up the batter for Sourdough Spice Cake

The streusel topping comes together quickly also. Whisk all the dry ingredients together, then cut in the cold butter like you’re making pie crust or a short crust pastry. 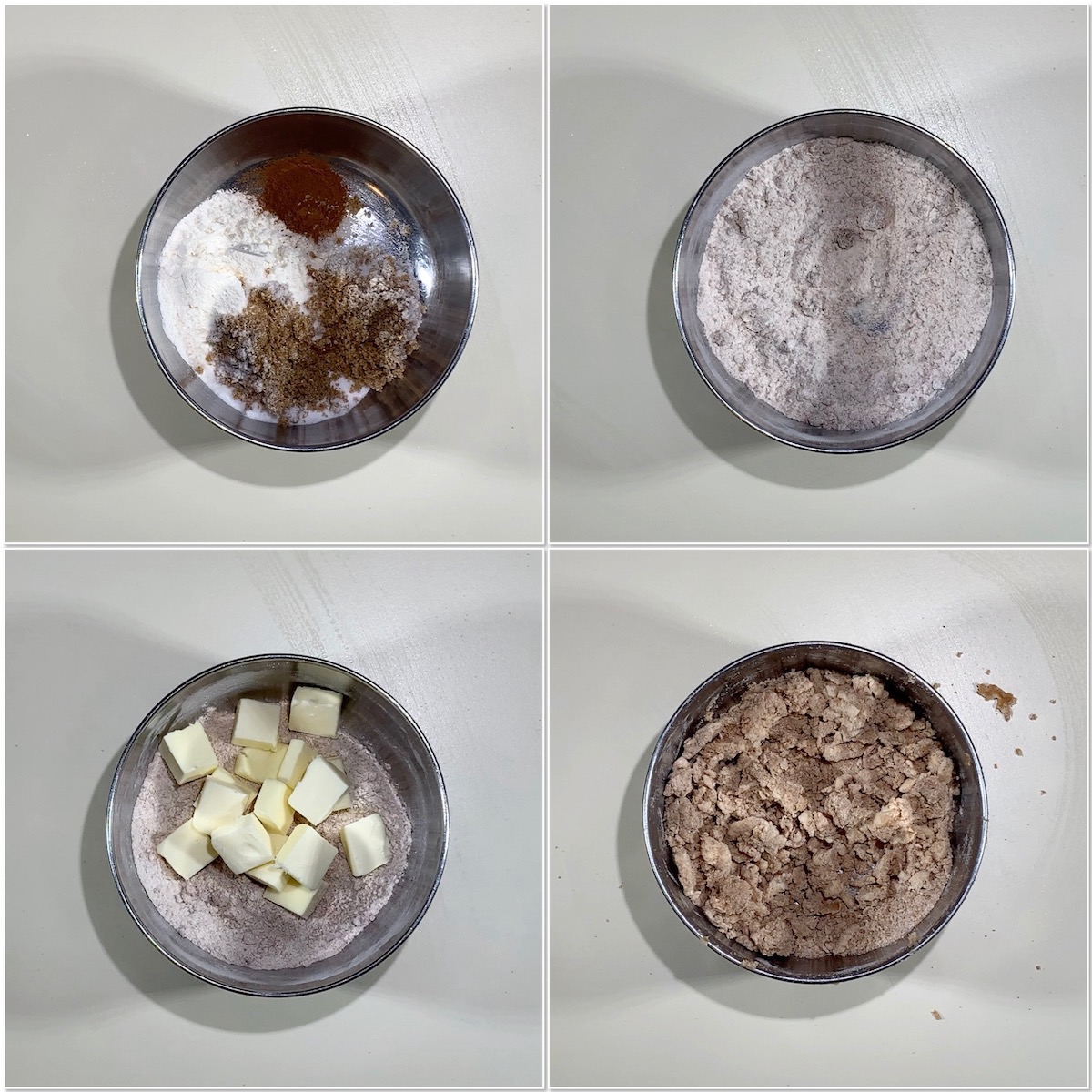 The streusel topping comes together quickly

After sprinkling the topping on the cake batter, it’s time for a trip to the oven. 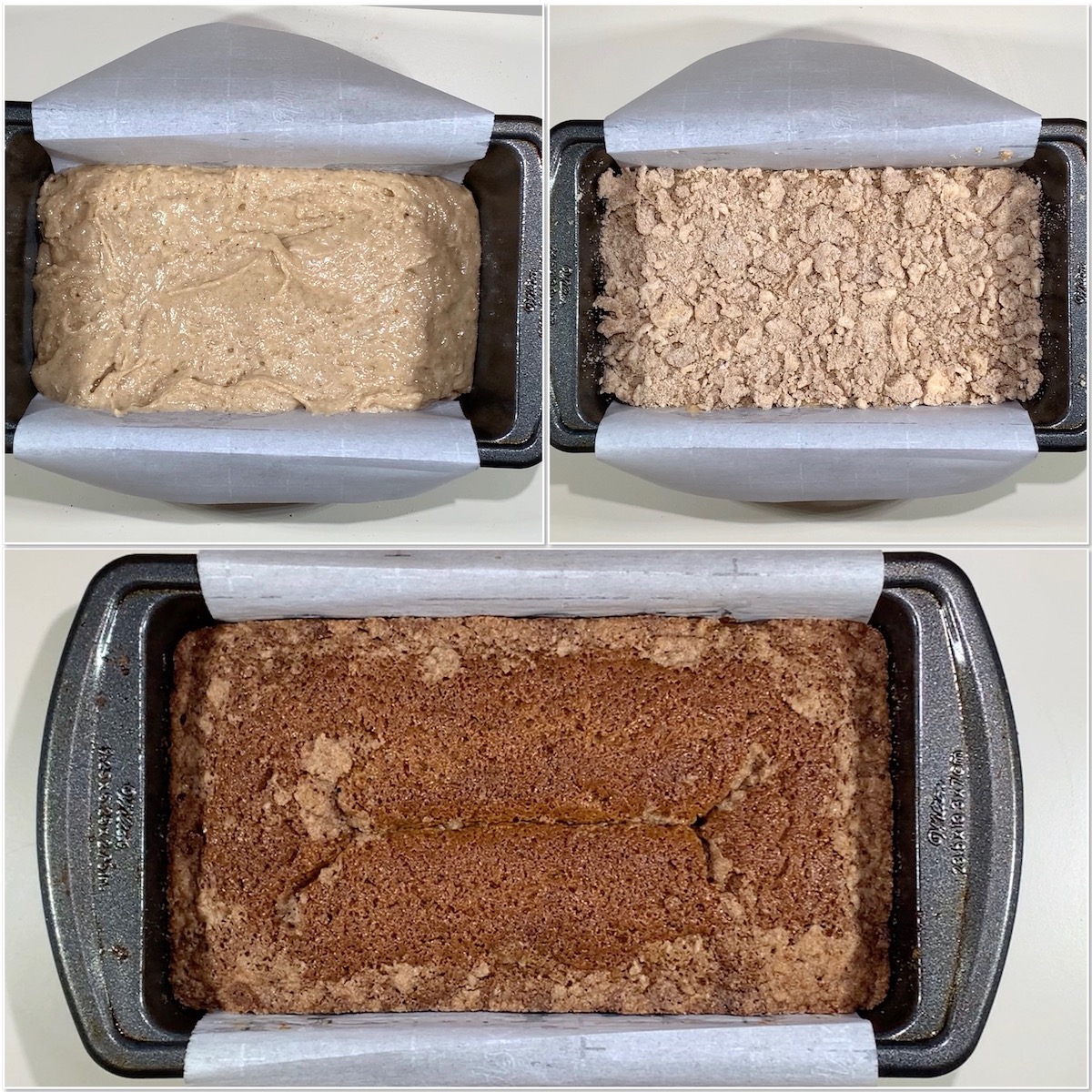 Before and after baking the cake

You won’t believe how good Sourdough Spice cake smells as it bakes. And the taste? Warm Autumn spices in a moist cake with a buttery, crunchy topping.

(pauses to wipe away drool on the keyboard) 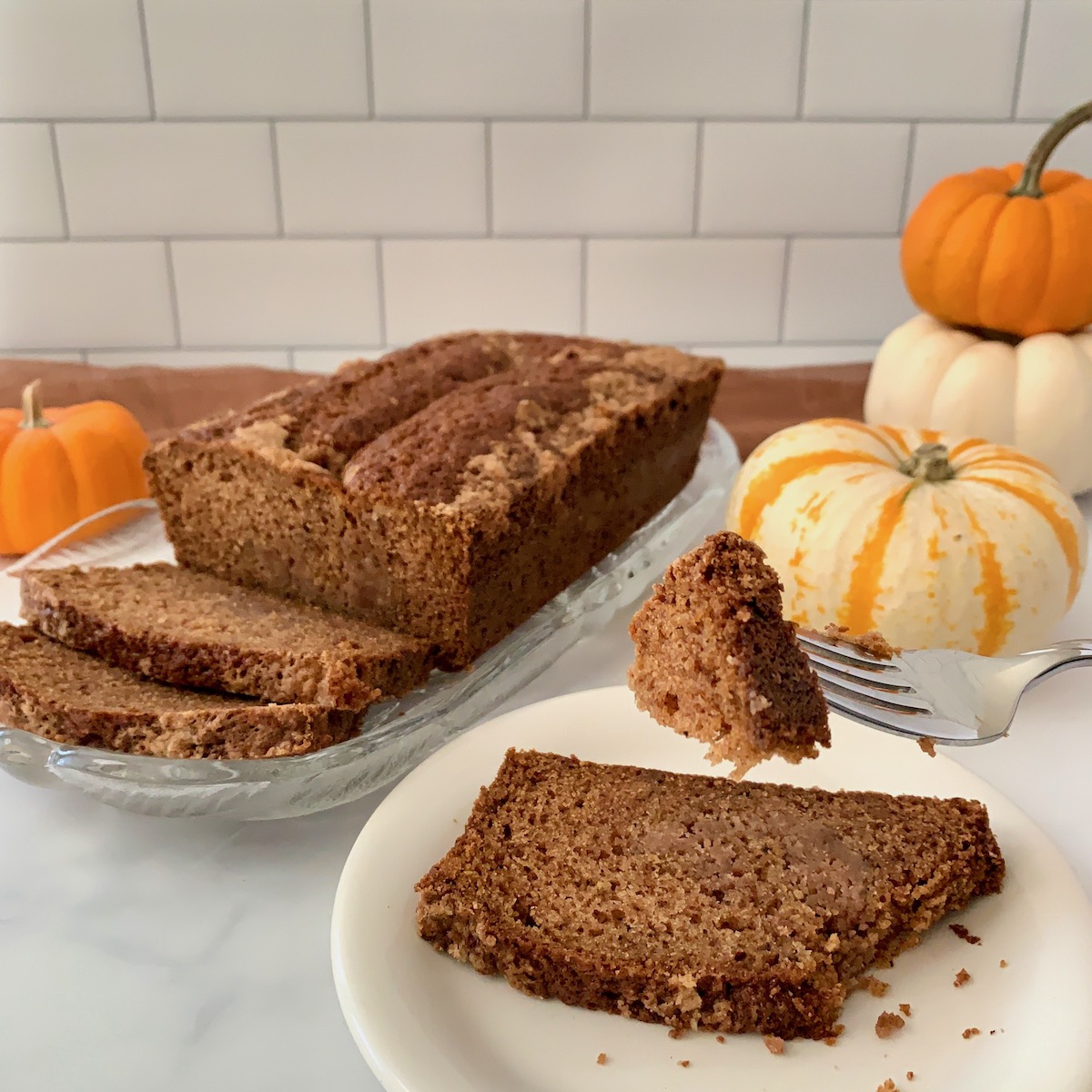 I’m sure Jamie and Claire would have enjoyed this Sourdough Spice Cake on a crisp North Carolina evening. Perhaps while sipping a wee dram?

As for me, I’ll be having a slice while staring at the changing leaves, and counting the days until Droughtlander is over!

How do you commemorate the coming of autumn in your area? Any special traditions or activities? 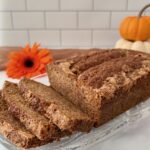 For the streusel topping

You can substitute 4 oz of flour (a scant cup) and 4 oz warm water (1/2 cup, 118g) for the 1 cup of unfed sourdough starter. If desired, increase salt to 1 teaspoon. You can substitute applesauce for the canola oil for a lighter bread. This cake keeps well on the counter for several days, or you can wrap it in plastic wrap and freeze for longer term storage. This cake also makes a great gift and ships well! Alternative sizes Did you make this recipe? Please share your pictures with the world on your social media…tag @outlandercast (on Instagram and Twitter) and use the hashtag #howtheymadeitoutlander. I can’t wait to see your creations!